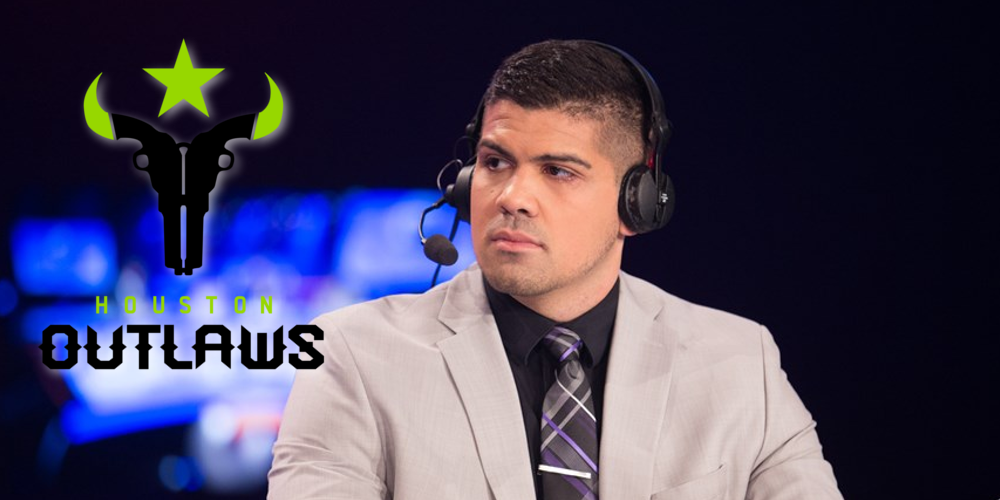 Outlaws GM Flame is now a "free agent" after being let go by the OWL team. (Photo courtesy Overwatch League)

The Houston Outlaws have been a team that’s gone through some unstable times in the past few years. After being in limbo in the wake of Infinite Esports and Entertainment’s closure, they were sold to Beasley Media Group, and have since had a rough transition period during the break between seasons two and three.

Things seem to have been turning around, but earlier Matt “Flame” Rodriguez has been sacked from the organization for mysterious reasons.

As of this morning I'm a free agent. Let's talk.

Yes this means what you think it means. No I don't have a logical explanation and no I'm not hiding anything.

Life goes on. Thanks for everything. 💚

“Regardless of whatever vitriol I subject myself to reading on social media this week, I just want everyone to know I left it all on the table and put my soul into making the brand as successful as possible,” Flame said.

The Outlaws have not had a great start to their 2019 season. They are the team that has played the most Overwatch this year thus far, but they only have a 2-5 record. This would likely put them near the bottom of the standings, if the rest of the league had played their regularly scheduled matches. However, the standings have been thrown into turmoil by the outbreak of coronavirus and likely will remain that way until the League figures out an online play solution.

This seems to have negatively impacted Flame and the entire Outlaws organization.

“The last three months have been miserably stressful and overworked,” Flame continued in a Twitter thread. “Having time to catch my breath and focus on my physical and mental health is a good thing. Everything is a learning opportunity.”

Flame will now be seeking other opportunities from various Overwatch League organizations. It’s unclear exactly when the Outlaws will be playing next, but OWL commissioner Pete Vlastica has gone on record stating that matches will still be played in March as soon as logistics for online can be figured out.