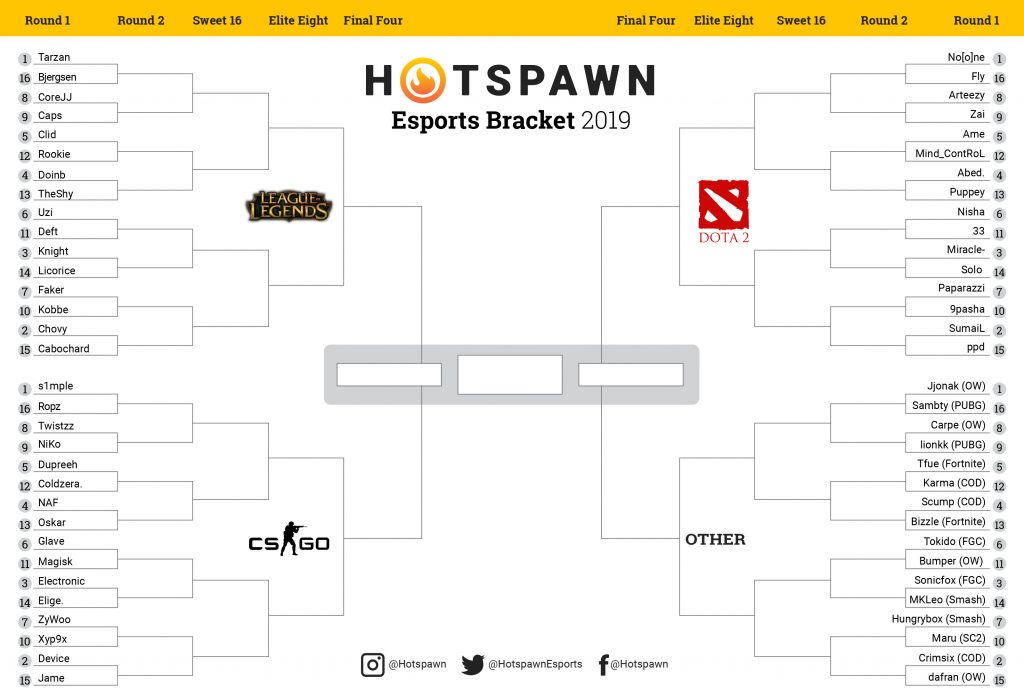 Who will you vote for in our first Hotspawn March Madness Esports Bracket?

It’s March, which means it is time for college basketball and endless amounts of brackets. We here at Hotspawn decided to get in on the action creating our own Esports bracket.

Our bracket consists of 64 of the best esports players on the planet. From League of Legends to Dota 2, from Overwatch to Smash; Hotspawn’s Esports Bracket has something for every competitive gaming fan.

Slowly, over the next several weeks, we will narrow down the field of 64 down to the top esports player of 2019. How will we do that? With your help!

Head over to @HotspawnEsports on Twitter where you can vote in the individual matchups. Whichever player garners the most votes will move on to the next round until we only one remains.

Be sure to check this page and our Twitter every day during March Madness to see the updated bracket!

Counter-Strike: Global Offensive Dota 2 League of Legends Other Overwatch
Share
Justin Hartling
Justin has been writing professionally for his entire career with a background in journalism and broadcasting. After writing about what other people wanted for years, Justin came up with the idea for Hotspawn – allowing him to combine his love of writing and of esports.
Follow me