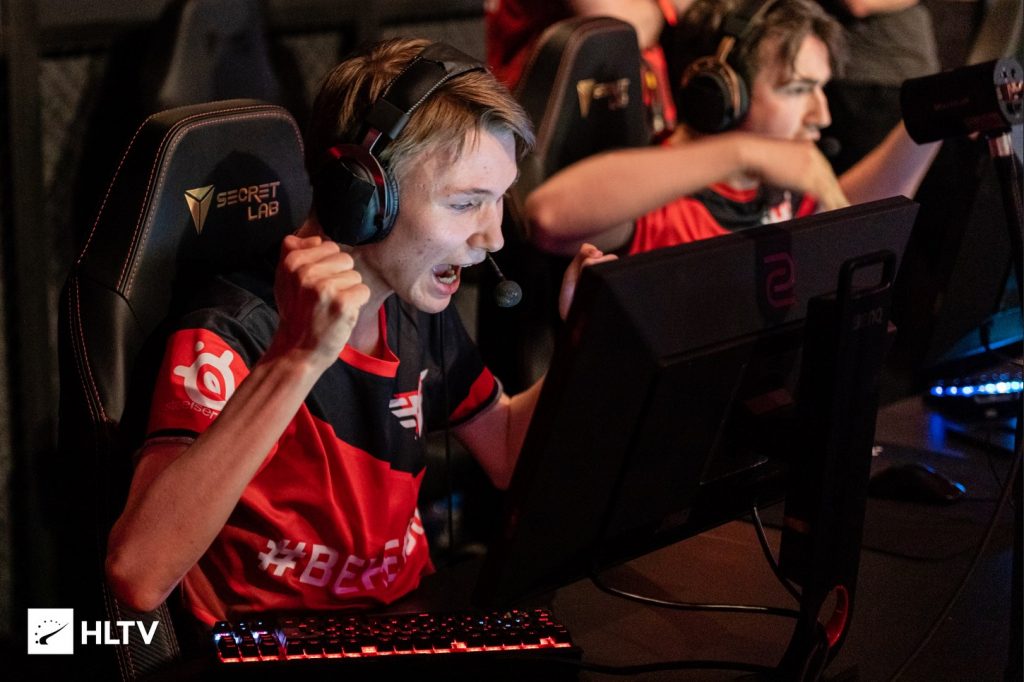 ESL One Cologne Europe was not your average Counter-Strike: Global Offensive tournament. The Group Stage featured many top-level teams falling short in the wake of strong underdog performances. However, one team stood above the rest in terms of surprisingly good form. In a twist no one would have expected coming into the event, Heroic has won ESL One Cologne after sweeping the second ranked Team Vitality in Grand Finals.

The Road to the Top

Playoffs kicked off with Complexity vs Heroic. As a top seed in Group A and a team that has won big tournaments during the online era, Complexity were looked at as potential favorites. However, Heroic’s Group Stage performances against the likes of FaZe Clan, G2 Esports, and Fnatic gave hope that they could make waves. And make waves they did.

Heroic started out on the T side of their Inferno pick. They then immediately took a 5-0 lead on Complexity. Nikolaj “niko” Kristensen and Martin “stavn” Lund combined for 29 kills while Heroic continued to march on their opposition. Although Complexity did pull it back towards the end, Heroic still held a 9-6 advantage at the half.

Complexity won the second pistol round and evened up the rounds. The close score line would not hold for long. Once Heroic got their weapons, their defense was nearly airtight. Casper “cadiaN” Moller’s AWP fired off multi-kill after multi-kill as Heroic stormed to a 16-11 victory.

Complexity was much more competitive on their Nuke pick. Each team did their due diligence and put together an average first half score. Heroic led 9-6 from the CT side at the break. Complexity should have negated that lead after winning the second half pistol round. However, Heroic forced up in round two and took the fight to them. After stealing the economy out from Complexity’s noses, Heroic fired off six straight T side round wins. With the score at 15-7, the game was already decided. Complexity did win their own streak of six rounds, but they just couldn’t stay perfect against an in-form Heroic for long enough. The 16-13 victory sent them through to semifinals.

Upsetting Complexity is all well and good, but with G2 up next, stocks in the Heroic boys seemed to decrease. They wouldn’t go down without a fight if nothing else. G2’s initial map choice was Vertigo. Again, both teams were prepared coming into this match. Heroic’s defense held up surprisingly well against the raw fragging power of Audric “jaCkz” Jug and his 24 kills in the first half. Another 9-6 lead gave Heroic a good chance to close out the map.

They even won the second pistol round and took an early gun round on their T side. At one point, Heroic held a 14-8 lead. Despite that, G2 fought back tooth and nail to force overtime. G2 had a chance to close it out in OT1, but then Rene “TeSeS” earned a 3K defending the A ramp. In OT2, G2 started with a flawless 3-0 T side. Needing to be just as perfect, TeSeS did it yet again.

The momentum allowed Heroic to force a third overtime, which would go their way. After a 25-23 victory, they stole map one in the series.

They now looked to close it out on Nuke. An impressive 9-6 T side definitely favored that outcome for Heroic. At this point, it was now G2 who wouldn’t go down without a fight. G2 opened up the second half with an insane eight rounds in a row on the less favored side. Down 10-14 Heroic did manage to stabilize on the defense and bring the map to yet another overtime. This time however, it was G2 who found the close-out. With a 19-16 win, G2 forced a third map.

Last up was Mirage. G2 must have overlooked this map in the veto phase, as it has been their worst map in the past three months. Meanwhile, the map was Heroic’s best. From the moment the gates opened, G2 looked out of their element. The French-Serbian squad won the pistol round before losing the anti-eco. Heroic’s T side looked fluid and well-prepared as they methodically dismantled G2. Even when G2 found advantages, they were unable to capitalize regularly.

The half ended in a 11-4 for Heroic. G2 stood no chance in bringing that back as they fell 7-16 at the finish line. Heroic had done what no one expected; made the ESL One Cologne Grand Finals.

Meeting Heroic in the Grand Finals was Team Vitality. The all French squad were the highest ranked team left in the event and a fitting final boss for Heroic. Vitality had demolished their playoff competition up to this point. In their 4-0 record, they only dropped double digit rounds once to Ninjas in Pyjamas in Semifinals.

Vitality perma-bans Train, leaving Mirage open for Heroic in map one. That handicap proved very costly. Vitality took their CT pistol and an early few gun rounds, but ultimately couldn’t stop the Danish stampede. Heroic implemented executes that Vitality had no idea how to deal with. After winning six of the last seven rounds in the half, Heroic held a 9-6 lead. Now on the CT side, Heroic projected their will over Vitality. Not a single player had a positive K-D ratio in what became a near flawless half for Heroic. In the end, Heroic 16-7’d Vitality just like they did to G2.

Vitality could at least regroup on their Inferno pick. The French squad did show up much stronger than before. Despite Mathieu “ZywOo” Herbaut bottom-fragging on the T side, Cedric “RpK” Guipouy and Kevin “misutaaa” Rabier did enough work to bring Vitality from a 1-5 deficit to just 7-8. On the CT side however, it was the ZywOo show from the start. The first six rounds in a row all went to Vitality as ZywOo started an incredible 17-5 K-D half. With a 13-8 lead, surely Vitality could equalize the series.

At this point, Heroic truly proved what they were made of. The 18-year-old stavn began to match ZywOo blow for blow and bring his team back into the game. The rest of the squad then started to get on the board in big ways as Heroic clawed back with an improbably eight round T side win streak. The 16-13 victory left Vitality and every spectator stunned.

With the trophy just one map away, Heroic took their victory lap on Nuke. Despite losing the pistol round and following force buy, all Heroic needed was a full gun round to bring Vitality to their knees. Yet another eight round T side win streak reduced Vitality to mere obstacles. The entirety of the Heroic roster had over 10 kills as they took a 9-6 lead at the half.

The CT side was just a formality at this point. Heroic won six of the first seven rounds in the second half, putting them on match point at 15-7. Vitality earned two rounds in a row before being utterly annihilated by Johannes “b0RUP” Borup on a Ramp save round rush with a CZ-75.

Just like that, Heroic had won ESL One Cologne in the most unexpected fashion possible.

As if the online era of CS:GO couldn’t have been any crazier, Heroic now shares an ESL One Cologne Winners’ banner with legendary squads such as early NiP, prime SK Gaming, and 2019 Team Liquid. This roster has looked amazing and the work they put in cannot be understated. Hopefully, Heroic can continue this form and make CS:GO that much more exciting.