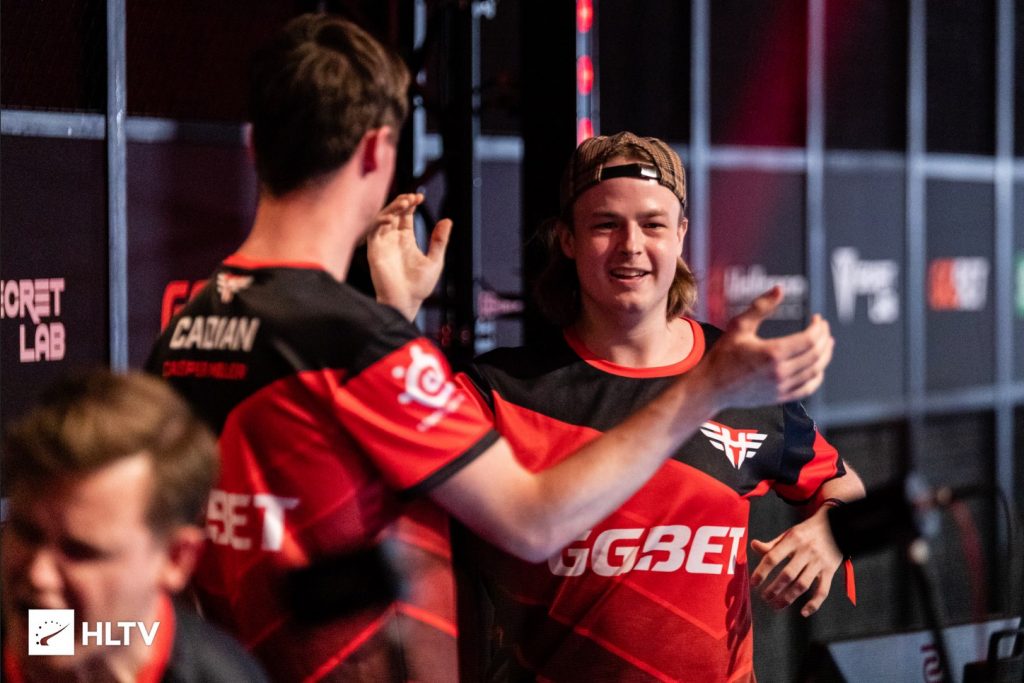 Heroic have bounced back from a 0-2 week to put themselves in a good position to qualify for playoffs. (Photo courtesy HLTV)

The second week of ESL Pro League Season 12 has come to a close. A total of eighteen matches were played across Europe as the sixteen teams fought for pole position going into their final few matches. Heroic managed to earn a 3-0 week by the skin of their teeth in Group A. Meanwhile in Group B, Complexity are the only team left at the tournament with an undefeated record.

Group A – Heroic Bounce Back

Last week was tough for Heroic. One day after the suspension of their coach Nicolai “HUNDEN” Petersen, they lost their first match to ENCE and then later their second to AGO. With a 0-2 record against two of the weaker perceived teams in the group, Heroic needed a miracle to get back in the running for playoffs.

That miracle had to start against G2 Esports. The match began on Heroic’s Train pick. The Danish squad started out on the T side and did very well early. Even though they lost to a second round force buy, Heroic still took control of the game. Nikolaj “niko” Kristensen impressed throughout the map, earning an overall 26-13 K-D ratio and 111.0 ADR. After taking a 10-5 lead at the half, Heroic cleaned up on defense. Niko continued to shred G2 as Heroic took the 16-7 win in map one.

G2 had to find a response on Vertigo. Their T side didn’t go as well as they would have liked, ending the first half in a 7-8 deficit. Luckily for G2, Francois “AmaNEk” Dalaunay was the carry they needed. After finding 14 kills and 122.8 ADR on the CT side, AmaNEk was the only G2 member with an HLTV rating above 1.00 for the map. With the score tied at 14 apiece, G2 found the final two rounds of regulation to take their map 16-14.

Now on the tiebreaker of Inferno, both teams fought tooth and nail for the early economic advantage. After four rounds of back and forth play, Heroic earned the first multi-round win streak. This streak would be their only one of the half, but in a fantastic way. Heroic’s defense was airtight, allowing them to take a whopping 12 rounds in a row to end on a 13-2 score line. G2 was absolutely decimated and eventually folded completely. Heroic would take the series with a 16-7 finish.

With one of their toughest opponents out of the way, Heroic moved onto BIG. First up was Mirage, courtesy of Heroic. The first half was fairly back and forth. No team ever held a lead greater than three points as BIG took an 8-7 lead. BIG’s T side was headed by AWPer Florian “syrsoN” Rische. His 30 frags helped BIG pull ahead as the map neared completion.

BIG managed to take their opponents map in a close 16-14. All they needed to do was close out strong on Overpass. It would be a short affair, just not in their favor. Heroic made up for a slow CT start by winning seven of the last eight rounds in a row. On offense, they did the same. After a 9-6 half, Heroic quickly ended the game 16-7. Every single player earned a positive K-D, while every BIG member was negative.

Nuke would be the final battleground between the two squads. Heroic started on the less favored T side, but still started very well. The Danish side earned a 9-6 lead at the end of the first half. Heroic continued their winning ways after taking their fifth of six total pistol rounds. They streaked up to a nearly insurmountable 14-6 lead. However, BIG did give it their best shot. As the only positive K-D on his team, syrsoN helped BIG take eight of the next nine rounds to cut the deficit to 14-15. Unfortunately for them, the magic ran out and Heroic closed out the game 16-14.

Heroic’s final match of the week was against GODSENT. In a strange series of events, this match mirrored the previous one almost exactly. Game one on Nuke was chosen by GODSENT, but stolen by Heroic in a close 16-14. GODSENT then fired back with a 16-7 domination of Heroic’s Train pick. Finally, Heroic won yet another 16-14 on Overpass to secure their third 2-1 series victory of week two.

Elsewhere in Group A, Na’Vi put up a solid 2-0 week against AGO and OG. ENCE have also retained their spot at the top of the group with a 2-1 week, bringing them to a 4-1 record alongside Na’Vi. The big casualty of the group was G2 Esports. They went 0-2 and are now outside of the playoff bubble. On top of that, one of their remaining two matches are against Na’Vi.

Group B – Complexity Keep it Coming

Group B once again played less than Group A, each team having played only four matches at this point instead of five. Most of the group is in some form of chaos as teams struggle to determine who is coming out ahead. Of the eight squads, six of them hold 2-2 records. One thing is for sure though, Complexity is leading the pack.

Although both of their matches ended in 2-1 map scores, there was some level of dominance in each one, namely on their opponents’ map picks. First up was Team Spirit. The CIS squad chose Overpass for map one and were promptly shut down. Complexity took a confident 9-6 lead from the CT side before nearly playing a perfect offense. A 16-7 victory put Complexity on match point.

Complexity did have a much more difficult time on their Nuke pick. Although things looked good on their initial T side, Spirit was able to find even more success on theirs. Down 6-9 at the half, Spirit saw four players break the 20 kill mark on their way to evening the score up at 13-13. Even Benjamin “blameF” Bremer’s 34 kills and 121.5 ADR couldn’t get Complexity across the finish line. Spirit took their opponent’s map in a close 16-14.

What was looking to be a very competitive third map on Mirage turned into anything but early on. Complexity opened with a 10 round win streak on CT side, ending the half with an 11-4 lead. Spirit just couldn’t keep pace on their own defense and never found more than three rounds in a row. Complexity would close out the map 16-10 to secure the win.

Complexity’s next match against Fnatic started out on the Swede’s Mirage. Just like last time, Complexity brutally bashed the home team on their map. After a 10-1 start leading into an 11-4 half, the Juggernaut was able to flawlessly close out the game on the T side. Kristian “k0nfig” Wienecke went nuclear in the 16-4 thrashing with a 26-5 K-D and 114.8 ADR, good for a 2.13 HLTV rating.

However, Complexity once again struggled on their Nuke pick. This time, they couldn’t find much success on the attack, resulting in a 5-10 deficit. Fnatic won the second pistol round as well and went up 13-5. Complexity at least managed to pull the match into overtime thanks to some CT side heroics out of William “RUSH” Wierzba. Even so, they were unable to close out the series and dropped the map to Fnatic 22-18.

Surprisingly, Vertigo was left over to be the tiebreaker. Complexity got to start out on the CT side and made good use of it. For the fourth straight map, Complexity earned double digit rounds on defense. Now at a 4-11 deficit, Jesper “JW” Wecksell tried his hardest to keep Fnatic in the game. His 20 kills and 141.1 ADR got them to 13 rounds before Complexity closed out the game. It was a true team effort with every player above a 0.90 rating in the 16-13 win.

The only other team to have a 2-0 week was Astralis. They now sit at 3-1 right below Complexity with a losing head-to-head. Four teams had even 1-1 weeks, while two have dropped two matches. Mousesports have fallen from a 2-0 record to a 2-2 one. They still sit in a playoff bubble spot, but next week’s matches will be crucial. The other 0-2 team was FaZe Clan. Their recent form has been pretty abysmal, as they are the only team yet to find a win in either group at ESL Pro League.