Heroic and Astralis Top Group B at IEM Beijing Europe 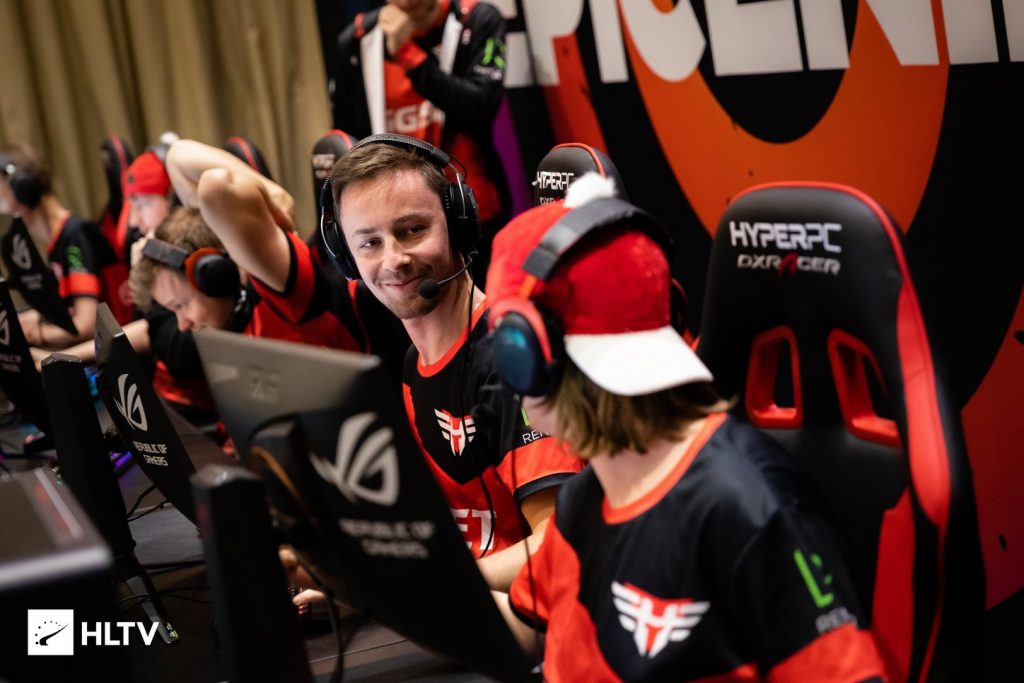 The Danish powerhouses of Heroic and Astralis have breezed through the IEM Beijing Group Stage. (Photo courtesy HLTV)

IEM Beijing Online: Europe’s second group is now well under way. The upper bracket played host to eight squads hoping to qualify for the playoffs via the short route. In the end, the Danish powerhouses of Heroic and Astralis stole the show and will join Group A’s four remaining teams who will compete for the title.

Heroic’s first matchup was against North. The second highest ranked team at IEM Beijing easily dispelled the second lowest ranked in two maps. First up was North’s Overpass pick. Things started off badly for the home squad as they lost the first 11 rounds in a row with only one bomb plant. They did win the remaining rounds, but a 4-11 deficit was still looming.

The second pistol round went in North’s favor, but a second round Heroic force buy turned the tables. Their lead grew to 14-5 before North finally found their footing. Still, it was too little too late as Heroic eventually earned their closing rounds to take map one 16-12.

Heroic looked to continue their winning ways on Nuke. A T side pistol round victory would give them a 3-0 start. North fought back in their first gun round, then a follow-up 1v2 clutch by Mathias “MSL” Lauridsen solidified their economic superiority.

North’s defense played the rest of the half well, accruing a 9-6 lead over the favorites. Unfortunately, they weren’t able to match Heroic’s pace. A second pistol round win led to another massive CT win streak for Heroic. Any chance of North winning disappeared by the round as their opponents climbed to a 15-10 score line. Four rounds later, Heroic claimed a 16-13 victory.

The qualification match pitted Heroic against Ninjas in Pyjamas. The Ninjas had just come off of a big win against G2 Esports which went to all three maps. Now, they were hoping to pull off an upset against a tournament favorite.

NiP’s Mirage was up first. While they did take their T side pistol round, Heroic continued their trend of force buy wins. After resetting their economy, NiP managed to even up the score at 3-3. The next rounds went back and forth with no team breaking ahead. A 1v3 clutch by Tim “nawwk” Jonasson helped NiP secure a narrow 8-7 lead going into halftime.

This time, NiP would take the pistol and win the following rounds. Two successful retakes against Heroic’s full buys then propelled the Ninjas to a 14-7 lead. Heroic made a valiant attempt at a T side come back, but fell short. NiP won their map pick 16-13.

Showing their first glint of weakness at this tournament, Heroic moved on to Train. Their reply was swift. Starting on the T side, Heroic lost the pistol round then once again forced up and knocked NiP down. A dominant attack ensued with Heroic ending on a 10-5 lead. As if written in a script, NiP also won the second pistol round then lost to a force buy. Their score never increased after that. A flawless CT side by Heroic resulted in a 16-6 stomp on map two.

Vertigo was the tiebreaker. Looking energized from their previous win, Heroic’s offense was fast and efficient. They sprinted out to an 8-1 lead. However, NiP wouldn’t just roll over. A late stabilization from the Swedes brought their deficit to 7-8 at the half.

The second half was tight all the way through. Each team fought with everything they had, never allowing their opposition to go on a big streak. By the end, Heroic held a 14-13 lead. With their economy on the line, Johannes “b0RUP” Borup pulled off a 1v3 to put his squad on match point.

From there, Heroic cleaned up the Ninjas and took the 16-13 win to advance to playoffs.

The other side of the bracket was even more lopsided in terms of matchups. Astralis started their campaign against ENCE. The Finnish squad was the lowest rated team in the tournament and stood no chance against Astralis.

ENCE started with a Dust2 pick. Their T side actually started off well. A pistol victory was then converted into an early lead. The three free rounds ended up being the difference in score at the half as ENCE held a 9-6 advantage. They even took the second pistol round as well. However, Astralis decided it was time to make their debut at IEM Beijing. A second round force buy led to a momentum shift in favor of the Danes. They never showed signs of slowing down after that. Astralis won all but one of the remaining rounds as they stole ENCE’s map 16-11.

Inferno was the pick of Astralis. ENCE kept their 100% pistol win rate with a 2-0 start on the CT side. Astralis then did the same thing they just did on Dust2: win 10 of 11 rounds in a row on offense. The result was an 11-4 lead for the favorites. A perfect CT side ensued. The second shortest game of the group stage ended 16-4 in favor of Astralis.

All that stood in Astralis’s way of playoffs was mousesports. Although the series went to all three maps, the ending round differential was a whopping +22. First came Dust2 courtesy of mousesports. Things looked one-sided from the get-go. Astralis’s CT side crushed mousesports at all points of attack. Peter “dupreeh” Rasmussen had an amazing game, going 31-8 with 127.7 ADR. An 11-4 halftime lead quickly turned into a 16-5 final score.

Astralis were surely the favorites to close out the series on Nuke. However, mousesports put up a very strong performance. Their CT side started with a 5-0 opening. Astralis found their stride midway through the half, but mousesports still came away with an 8-7 lead. The Astralis defense also began with a five round win streak. Although they were primed to run away with the game, it was mousesports who gained the upper hand. Seven of the last eight rounds all went to the underdogs, resulting in a 16-14 equalizer.

With that close game behind them, Astralis displayed a short memory by crushing mousesports in the tiebreaker. Inferno began with a pistol round clutch from Emil “Magisk” Reif.

That was the closest the game ever looked. Astralis went on to win all but one of the defensive rounds. Mousesports looked utterly deflated as they only got two rounds on their CT side before exiting the game. The 16-3 result sent Astralis through to the playoffs.

Six of the eight playoff teams at IEM Beijing have now been decided. Four teams remain to fight for the last two playoff spots. The Group B Lower Bracket begins on November 15th with North vs G2 and ENCE vs BIG.