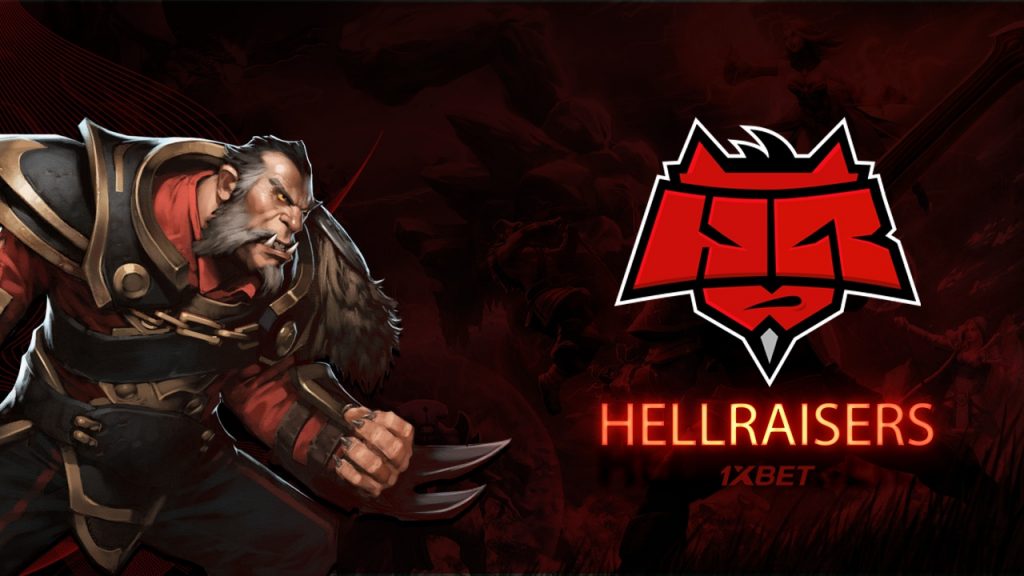 HellRaisers have been the breakout stars of the event so far, with captain Nix leading the squad from the carry position. (Photo courtesy HellRaisers)

The first half of season one of the WePlay! Pushka League group stage is in the books, and after eight days of thrilling matches, it’s starting to become clear who we’ll see in the playoffs, and who’ll be heading home.

But unlike the preceeding ESL One Los Angeles Online: Europe & CIS tournament, which saw a considerable number upsets in the opening few days of the event, the Pushka League has seen many more results going their predicted way. Perhaps this is due to some of the larger teams finally getting over their unfamiliarity with their new setup. At the close of ESL One Los Angeles, I noted that these larger teams are playing without many of the benefits they’d enjoyed in the past thanks to the on-going coronavirus crisis. But even with teams now acclimated to the new reality of professional Dota 2, the game always finds ways to throw a curveball.

The Elephant in the Room

The release of patch 7.26b added plenty of adjustments to the game. But the changes were met with almost universal ire from competitive fans, players, and analysts, as we found the balance of the game shifting in the middle of a day of tournament play.

I missed a lot of things about competitive online #dota2

Yes, it looks like we’re back to the bad old days when developers Icefrog and company were content to drop updates on any given week, and the competitive scene be damned. Now, this isn’t completely unprecedented, with patches dropping during LAN events before, but it’s the first time in recent memory that it’s struck at such a crucial moment. Natus Vincere and Team Spirit found themselves adapting on the fly as part of their matchup were played on the earlier patch, with the rest played post update.

Wow, so excited to discover 7.26b patch on the third map https://t.co/DtMqoCHBn9 pic.twitter.com/UIpq7TM4pB

If we’re cutting Valve some slack, the sheer amount of competitive Dota 2, which has sprung up in the wake of the gaps in LAN events caused by the novel coronavirus has made dropping a patch a difficult prospect. ESL One Los Angeles ran for three weeks straight, with BTS Pro Series starting up during its final week, and the WePlay! Pushka League just four days after its finish. There just hasn’t been a break in pro Dota long enough to introduce a patch.

At least if Valve is going to drop patches in the midst of a competitive event, they do so now, when teams aren’t competing for DPC points. These online events are very much a dress rehearsal for next DPC season when online leagues will be standard. The more cynical among us might even suggest that the dev team was testing the waters on dropping patches mid-event, given the small breaks in action between next season’s leagues.

But patch problems aside, there are some definitive questions that need to be asked on the side of some of the region’s most celebrated teams. OG, sister team OG.Seed, and Nigma sit at the bottom of the table, with dismal records. Despite a finals run in the last event, they participated in, OG has just looked very out of sorts.

Perhaps their constant substitutions have caught up with them. With Topias “Topson” Taavitsainen and Yeik “MidOne” Nai Zheng unable to play, the squad was augmented once again by Sébastien “Ceb” Debs. But the team also no longer had the option of Neta “33” Shapira as the other stand-in, instead opting for Wind and Rain’s Irakli “W1sh-” Peranidze.

But against Team Secret, the stack was forced in an on the fly substitution of Quinn “Quinn” Callahan. This last-minute switch resulted in predictably poor results, but the team was able to claw back a win in the second match, only to lose their final game. OG, it seems, are struggling to just find a consistent roster in this trying time.

However, OG.Seed has fared little better. The developmental team of OG has limped to an 0-4 start. Although they’ve picked up a win in almost every series they’ve played, it’s been a lone bad draft or series of mistakes from their opponent’s more than the merit their own performance. Notably against Team Secret, the squad was crushed in one of that team’s only truly dominant showings this event. Secret aren’t the monsters they are on LAN in this environment, and Seed couldn’t even put up a fight. They do seem to be having fun, though…

Coming to Roshan, @ChessieDota sent Alliance a "Fight us!" message.

The same can’t be said for Nigma, who are clearly having very little fun indeed. It’s become all too apparent that the titanic ping issues the team has occasionally admitted to enduring because of the coronavirus panic is affecting their gameplay. The best solution Nigma have come up with is dragging games to horrendous lengths. Against Ninja’s in Pyjamas, the squad had the longest game in the tournament so far, desperately hanging on with Kuro “KuroKy” Salehi Takhasomi’s signature Chen until Amer “Miracle-” Al-Barkawi’s Phantom Lancer could take over the game. However, this attempt failed, leading to yet another loss for the squad.

The biggest news out of the CIS group is how HellRaisers have continued their impressive run in online tournaments. They’ve been a team to watch for a while now, and are on form in this league. Since even before the current flurry of online-only events, this squad has provided upsets and shocking wins aplenty. As far back as September 2019 HellRaisers were favorites to win in WePlay! Reshuffle Madness, before the last-minute addition of Na’Vi to that tournament, scuppered their chances.

But here at the Pushka League, we’ve seen the most realized form of this roster. With three hyper-talented young players teaming up with veterans Vladimir “RodjER” Nikogosyan and Gleb “Funn1k” Lipatnikov, HellRaisers have shown an incredible amount of adaptability in this event.

The best examples of this were both HellRaisers’ absolute beatdown of Na’Vi on the opening day and their dismantling of Virtus.pro on April 29th. In the former match, HellRaisers put its trust in team captain Alexander “Nix” Levin, allowing the carry to truly lead his team to victory.

That was a tough but an incredible match. We hope you liked our games. ✌️ GG, @natusvincere pic.twitter.com/yxXStViJfj

But Nix is smart enough to know when he can’t carry, which makes HellRaisers even more potent. First game up against Virtus.pro he was content to let the 19-year old Arslan “xannii” Shadjanov show up in a big way on both his Ember Spirit and Queen of Pain, forcing their opponent’s to tie themselves in knots trying to slow down not one, but two hyper carries.

But even with this surprising name leading the pack in the CIS, it’s business as usual for the rest of the teams. Virtus.pro and sister team VP.Prodigy sit high on the table, with Na’Vi just ahead of them. It’s going to be tough for HR to hold on to the top spot with these storied CIS monsters nipping at their heels.

The Pushka League is another super slick and professional production from masters of the craft WePlay! Esports. As the event continues, it will be incredible to see how this tournament organizer keeps things fresh during their longest production yet. Hopefully, with more super slick SFM videos.

The WePlay! Pushka League continues on WePlay! ‘s series of Twitch Channels, with another week of the group stage matches left for teams to battle it out. After this, only the eight best teams will remain, and we’ll see if these early standings have affected how this tournament wraps up.