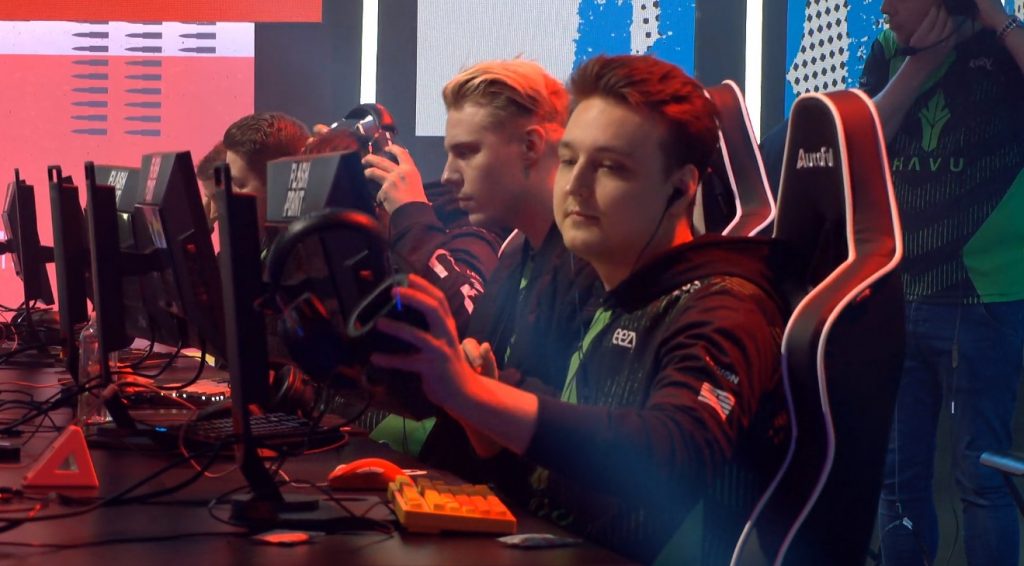 Day one of the Flashpoint inaugural season has come to a close. The first match saw HAVU take on MAD Lions. There was some beef between the two sides during the Draft Show Thursday which made for a high stakes game. In the end, HAVU pulled out the 2-1 upset against the group favorite. After that, c0ntact Gaming laid down the 2-0 punishment on Copenhagen Flames for selecting them over Dignitas and MiBR.

Map one was HAVU’s pick of Nuke. Unfortunately for the underdogs, their game didn’t start well. After winning the first pistol round on T side, MAD Lions took seven rounds in a row. Round nine went to HAVU before the Lions took four more. HAVU’s economy broke over and over as their attacks failed across both sites. They did manage to pull back two rounds at the end of the half with plays towards B, pulling back a 4-11 score line.

Now on the CT side themselves, HAVU showed why they picked Nuke. Their defense started well, earning the first four rounds. However, MAD Lions fired back with two consecutive wins courtesy of a Ramp rush. Down 13-8, HAVU started shutting down all of MAD Lions’ Outside plays. With their game plan disrupted, MAD Lions couldn’t find any advantages. The lead eventually swapped as HAVU won round 27 with a knife kill in the mix. Olli “sLowi” Pitkänen broke 30 kills as HAVU closed out their map 16-13.

After some crazy back and forth, HAVU take Nuke!💥
@MADLions_CSEN 13 – 16 @HAVUgaming

Now on their own map, MAD Lions took four of the first five rounds on. HAVU took two in a row with successful A site defenses. HAVU’s economy was broken, until Lasse “ZOREE” Uronen won a round by himself with a saved AWP. HAVU evened up the score at 5-5, but the Lions’ T side found their stride. Successful mid control led to free bombsites as MAD Lions took a 9-6 lead at the half.

Once again, MAD Lions won four of the first five rounds, this time on CT side. HAVU’s gun rounds did see success as their A site attacks frequently hit home. Another comeback was on the table, but this time MAD Lions weren’t having it. HAVU’s aggression started getting punished as the Lions stabilized. Frederik “acoR” Gyldstrand closed out the map with a stuck defuse on the B site to end the map 16-12 and guarantee a third.

Train was the tiebreaker map, and HAVU started out with three rounds on the T side. The first gun round went well for MAD Lions as they shut down both Box Halls and T Main pushes. MAD Lions got up to four rounds before HAVU’s round win: a pistol buy where MAD Lions choked a 5v3.

From there, HAVU took six of the last eight rounds to go up 9-6 at the half on the less favorable side.

MAD Lions did take the second pistol round, but couldn’t punch through HAVU’s force buys. The Finnish team shut down MAD Lions’ A site attacks almost every round. The Lions did have instant success in swapping to the B site, but HAVU cleanly adapted to that too. With a cobbled together buy, HAVU defended the B wrap to secure the 16-10 map win and complete the day one upset.

The second Flashpoint match of the day started on Copenhagen Flames’ pick of Nuke. However, it was c0ntact who got off to a hot start. After winning pistol, c0ntact took five of the first six rounds. The Flames’ Inside plays were put down time after time, forcing them to change their approach. CPH Flames then tried Outside to Secret plays, which actually succeeded in bringing them up to six rounds at the half.

Now with c0ntact on the T side, their attacks almost always saw the bomb be planted. Although they lost the initial rounds and most of the mid half rounds, c0ntact always had money to force up. CPH Flames got up to 14 rounds before that pressure finally hit home. A quick A site take saw c0ntact break the Flames’ economy and earn match point themselves. CPH Flames managed to push to overtime after winning multiple aim duels.

In overtime, c0ntact’s T side was in full swing as they earned the 3-0 with clutches in every round. Karol “rallen” Rodowicz was responsible for two himself.

The Flames got one back on their T side before c0ntact used two AWPs in Secret to close the game out 19-16.

Mirage was c0ntact’s map pick, and they looked prepared from the get-go.  On their T side, c0ntact took the pistol and the two ensuing rounds. The Flames won the first gun round with forward pressure to shut down c0ntact’s Apartments push. C0ntact then stole momentum back with heavy Mid presence and streaked up to seven rounds. The Flames had a few bright moments, but the half still ended firmly in c0ntact’s favor 11-4.

The Copenhagen Flames T side was doomed from the start. C0ntact successfully defended the pistol round and anti-eco. The Flames managed one round from a B site attack, but it was all they could make work. The c0ntact defense held strong on the A site as they closed out Mirage 16-5, earning the 2-0.

Group B – Group of Assisted Living

With the first day of Flashpoint in the books, Saturday holds two matches from the Americas group. Gen.G will take on Team Envy and Chaos Esports Club will face off against MiBR. Advancement in the Snakes & Ratters group is on the line as Flashpoint continues.