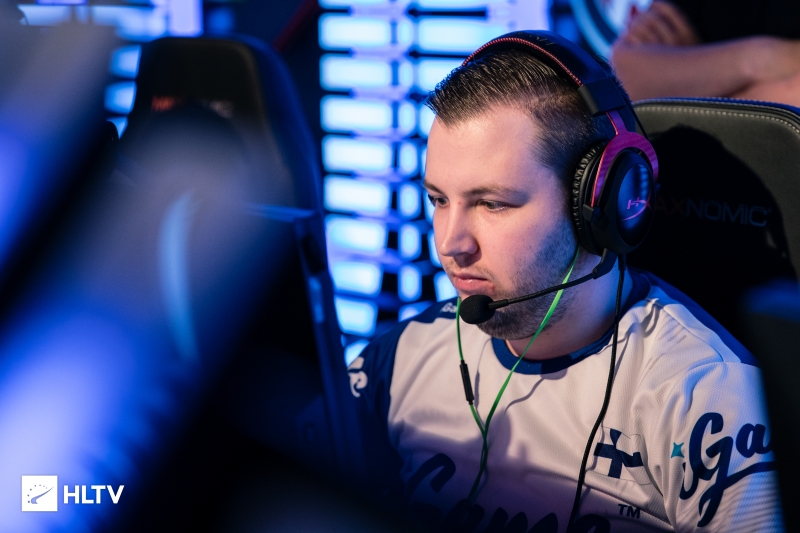 HAVU have reached the Grand Finals of Flashpoint Group A and will await the winner of c0ntact gaming and MAD Lions. (Photo courtesy HLTV)

Phase 1 of Flashpoint carried on Sunday with more Counter-Strike: Global Offensive gameplay. Although, only half of its scheduled matches would be played.

News broke earlier that Patrick “es3tag” Hansen would be signed to the Astralis roster on July 1st, forcing FunPlus Phoenix to forfeit its match today against Orgless. With this change, the current status of the team’s participation in the remainder of Flashpoint 1 is in question.

The possibility of a team dropping out of the tournament series would mark yet another hitch in Flashpoint’s already rocky launch. On Tuesday, the organizers were forced to transition to online play for the event to comply with California quarantine regulations as well as send Owen “smooya” Butterfield of Chaos home due to visa complications.

Action resumed with a bout against HAVU and c0ntact in the Upper Bracket Final of Group A.

The best-of-three series brought the pair to Mirage first for c0ntact’s map pick. The first half went according to plan with c0ntact digging into the T-side. Poor positioning and in-cohesive attacks onto the bombsite had put HAVU at a pretty severe deficit moving into the second quarter. The multinational roster had built up a cushy five round lead as they transitioned onto the CT-side, 10-5. Maintaining that momentum, c0ntact was all but able to rip away HAVU’s pipedream of a first map win.

In the 20th round, things started to heat up in favor of the Finnish side. HAVU earned nine rounds to c0ntact’s one to start making what seemed an impossible comeback in the match. Specifically, Otto “ottoNd” Sihvo put on a clinic with the AWP to put the pressure c0ntact, forcing them into eco, after eco. Although, a well placed tactical timeout before the last round gave Luka “emi” Vuković and company the breather they needed to close out the game in their favor, 16-14. 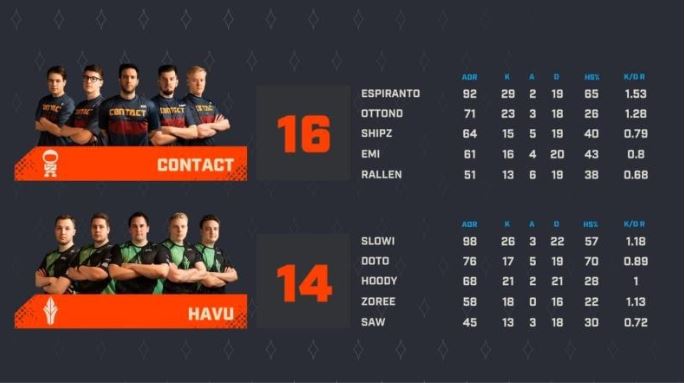 Train was up next to bring either HAVU back into the series, or decide their fate. After taking the pistol round, the Finns brough themselves into an early 3-0 lead. Though, c0ntact attempted to squander any lead or steam their opposition started to build up. Georgi “SHiPZ” Grigorov helped negate an anti-eco with his spicy 3k with the SG533 in round five, they were able to maintain a certain level of comfort. The dual AWP setup run by ottoNd and Lasse “ZOREE” Uronen was yet again proving effective; on both bombsites, the two worked in tandem to shutdown c0ntact’s executes before they were even able to get fully started. The first half ended in a 11-4 scoreline, with HAVU swapping to the CT-side to finish matters off.

Matters took to Dust 2 for map three, and with that, the deciding match. C0ntact, off to an early lead on the CT-side was a good start to a potential berth into the Group A Grand Final. Remaining unflustered, HAVU began taking control of the rounds back, and earning them several plats. In two rounds, both Rokas “EspiranTo” Milasauskas and Karol “rallen” Radowicz disconnected from the server, putting two points on the board for their opposition. The rest of the half continued to snowball downhill for c0ntact, as they faced a towering 11-4 deficit transitioning onto the T-side. The scoreline evened out eventually, but HAVU’s lead in the first half was able to give them the winning edge in the end, taking the match 16-12, and the series 2-1 against c0ntact.

With this win, HAVU will sit comfortably in the Group A Grand Final. Here, they will await the winner of the c0ntact and MAD Lions bout in the lower bracket slated for tomorrow morning.