Hastr0: “We Feel Like the League is Still Pretty Healthy” 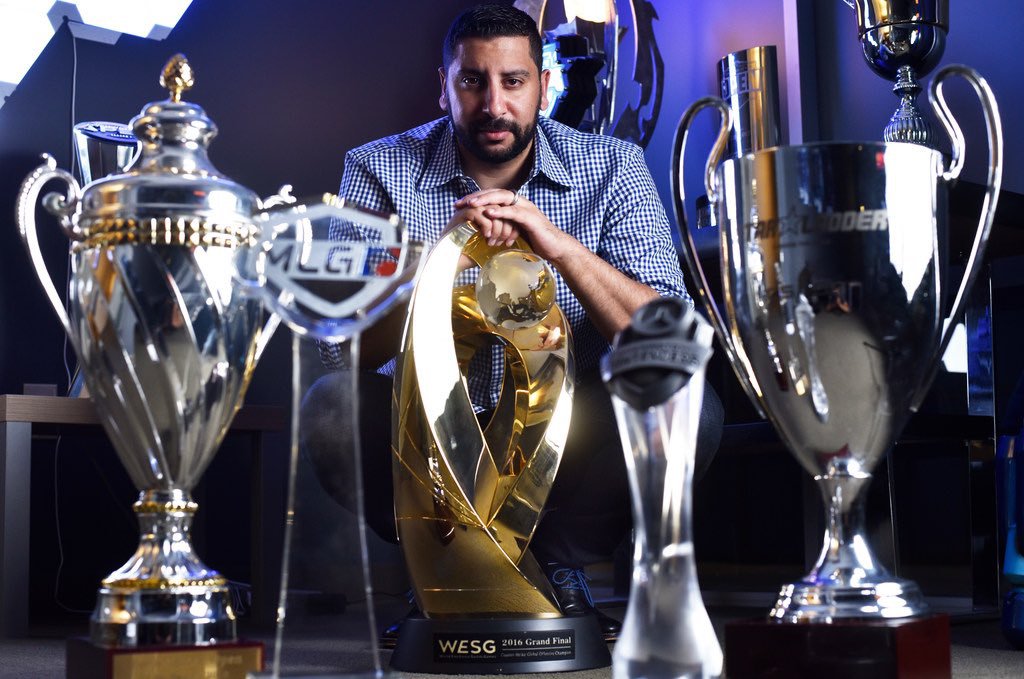 The Dallas Fuel have struggled to build and develop a top roster in the Overwatch League for some time, but this upcoming season will be a different story. In this chapter, Dallas Fuel have started to sign a roster whose roots draw from Element Mystic, a Contenders Korea titan team with pre-existing synergy and success. Fuel fans have been looking forward to having a team they can believe in again, and this new lineup may just be answering their wishes.

Dallas Fuel’s co-owner and most vocal front-facing staff member, Mike “Hastr0” Rufail, has been especially excited about the future of the team. Beyond taking care of the Dallas Fuel, Hastr0 is an esports veteran whose knowledge and expertise spans many esports franchises including Call of Duty, Halo, Counter-Strike: Global Offensive, and others. Hastr0 gives us some insight about the direction that he is taking Dallas Fuel this season, and an honest business perspective about the future of the Overwatch League as an esport.

Hotspawn: You are one of the most vocal and passionate owners in Overwatch League. You seem to be really involved in Dallas Fuel’s reconstruction based on your Tweets. Could you share more details about the work you do behind the scenes?

Hastr0: For the entire company, I’m in charge of all hiring in the roster department. So for all of our players, I’m the last approval that it has to go through. So I stay pretty involved in all of our roster decisions throughout the entire company — I’m the decision maker, essentially, there. I also have great staff in my team operations department. I would say I’m the most involved person at our company when it comes to roster construction and involvement behind the scenes regarding our teams.

Hotspawn: You have a very diverse staff taking care of Dallas Fuel. With some recent pick ups like Yun “Rush” Hee-won as the new Head Coach – was he given the responsibility of rebuilding the roster for this season?

Hastr0: Yes, Rush is kind of the first recommendation point. It’s really a team and collaborative effort when it comes to making decisions to sign the players that we’re signing. But yes, Rush is the first stop in that regard. Essentially, we ask Rush to prioritize players in every position and we went out and started executing against Rush’s wish list, let’s say [Laughs]. That’s how we’ve been rolling. He’s been super helpful, obviously, about garnering the team we’ve been able to bring to the table. It starts with him, he’s the Head Coach — he’s the leader of the whole team in terms of performance. We’re definitely looking to him and trusting him on the decisions that we’re making when it comes to constructing this new roster.

Hotspawn: Dallas have shifted towards a full Korean roster, with almost everyone having roots with Element Mystic. What was the inspiration behind going for an Element Mystic reunion?

Hastr0: They were really damn good [Laughs]. We feel like over the past few seasons before Overwatch League, we had a tremendous amount of success with the team that we had. Essentially we were the best team in the world at one point and for probably a good majority of the time pre-OWL. So I think for us, we really wanted to get back to making that commitment, to showing everybody and our fans that we’re really in this to win it. It’s been our goal from the beginning. There are a couple things that led to this: our contracts were all guaranteed contracts for the players, per the league mandate, for the first couple of seasons. So we signed a lot of guaranteed contracts and this was the year that those contracts ended. We were kind of beholden to the players that we signed on those guaranteed contracts. So that was ultimately my responsibility and I felt like we probably got a group of players that probably weren’t the best dynamic wise. The team chemistry just wasn’t the right fit. 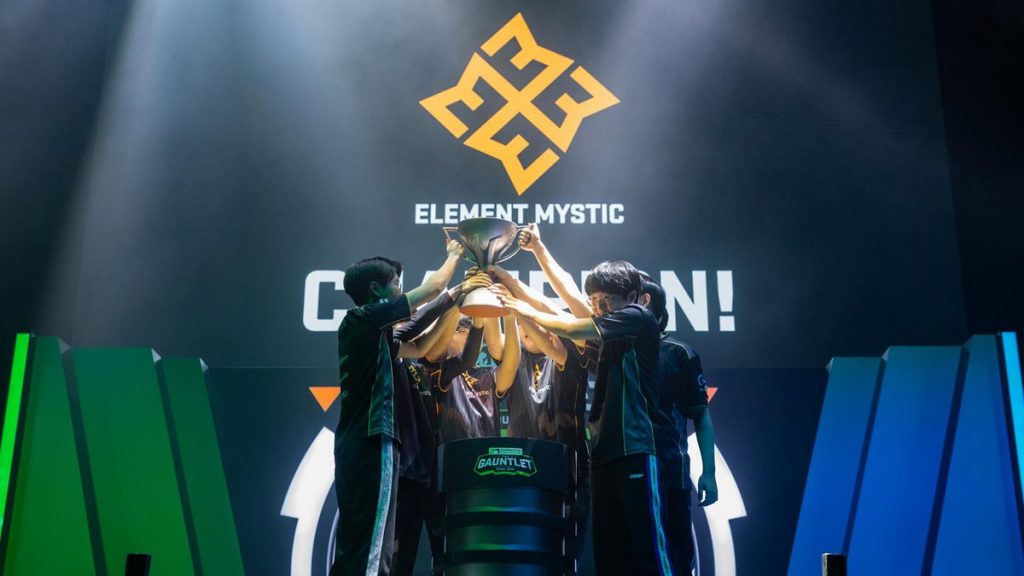 This time around we’re really being attentive and making sure every player is a piece that fits into the team dynamic — not just talking about performance, really talking about personality and attitude. I think we took a lot of the blame from the fans for the performances that we’ve had over the past few years, being kind of the middle of the pack or kind of lower than average team in the league. So I think we have a little bit of a chip on our shoulder. Yes, we’ll take some of that responsibility as an organization, but I also think nothing is guaranteed when you sign a group of players. Even on paper, this roster that we’re signing now, nothing is guaranteed. It’s up to us to manage that team dynamic better. I think now we have a much, much better team dynamic and a better shot of having a really stable team heading into this next season. We’re just excited to get it done.

Hotspawn: Are you worried at all about going to an all-Korean roster and dealing with an environment where communication may be more difficult?

Hastr0: We actually have an awesome staff member named Helen (Helen “Dear” Jang, Team Translator) who is the Korean liaison for us in terms of communication with our players. She’s fantastic, very attentive, and works very hard. Helen is our internal person that the players can relate to and speak through. So far, we’ve had very pleasant conversations with all of the players we’re signing. Honestly, it doesn’t feel like there’s much of a language barrier when having her around. Obviously making our players comfortable with Yong (Kim Yong-jin, Assistant Coach), Rush, and Aid (Jaeyoon Go, Assistant Coach), our coaches. Those three coaches are all Korean so we feel like we’re poised to give our players a great environment, even though they’re Korean players getting relocated to the US.

Hotspawn: As a co-owner and esports veteran, the Dallas Fuel roster is probably not the only thing you have to worry about. Homestands got cancelled and quarantine messed with a lot of teams and their ability to be together. Some fans have been worried about the future of the league. Could you give us any business or financial perspective about what it’s been like to run an OWL team during this pandemic?

Hastr0: Honestly – I read a good bit of Reddit and Twitter — I don’t think it’s nearly as dire as a lot of people are making it out to be. Honestly, Activision Blizzard is an amazing partner to have. They have really helped the teams out in terms of making sure that they’re creating a viable business ecosystem around the league, especially for team owners. We’re in good shape, so we feel like the league is still pretty healthy. We’re not invested in this for three seasons, we’re invested in this for many decades to come. So, we feel really good about being attached to the Overwatch IP (“Intellectual Property”).

The fact that we know that there’s new games and content in the Overwatch sphere combined with Activision Blizzard showing us that they’re really willing to make this league successful, we feel really good about the future of the Overwatch League. So the sky is not falling in the Overwatch world [Laughs]. I think we just have to do better at converting a lot of the casual players that are playing the game to watch the league and to promote the league more to that audience. It’s going to take work to grow it, but we’re excited about it, and obviously we’re willing to invest.

Hotspawn: This isn’t your first team rodeo or even your first esport rodeo. How much more challenging is it to run an Overwatch League team compared to Call of Duty or Halo, or other games you’ve been part of?

Hastr0: Well, Call of Duty League and Overwatch League are very similar in a sense that they’re actually, I would say, easier to operate a team in. Just because there’s so much more structure and business support and formalization of the leagues than there are in leagues like Counter-Strike or Halo, things like that. There are games where the publishers are very hands off and there are games where the publishers are really starting to structure and formalize things. Halo is probably not really a good example, but I would say Counter-Strike is very difficult to operate a team in, because there’s no real asset value to the team that you’re fielding other than the players’ contracts that you own. There aren’t a lot of rules either, the rules are made by third party tournament providers or leagues. So, it’s much more difficult to navigate in, let’s say, the Counter-Strike space than it is in, let’s say, the Overwatch League or Call of Duty League because things are pretty laid out and structured. It’s very nice to operate in that kind of ecosystem.

There are some challenges like importing players and stuff like that, but we’re really seeing that across the whole esports landscape. It’s the same challenges that we have in the Overwatch League we typically deal with in the other leagues or other games that we’re participating in. But in the Overwatch League like I said, it’s a lot more planned so you know what’s coming and what to expect.

Hotspawn: Whatever challenges face us in 2021 for the Overwatch League, the Dallas Fuel fans will always be there. Fuel fans are probably the most loyal and die hard fans out there. With Dallas Fuel going through big changes, will this be the year that the team will reach the top?