Hans sama: “I don’t think there is any limit for us” 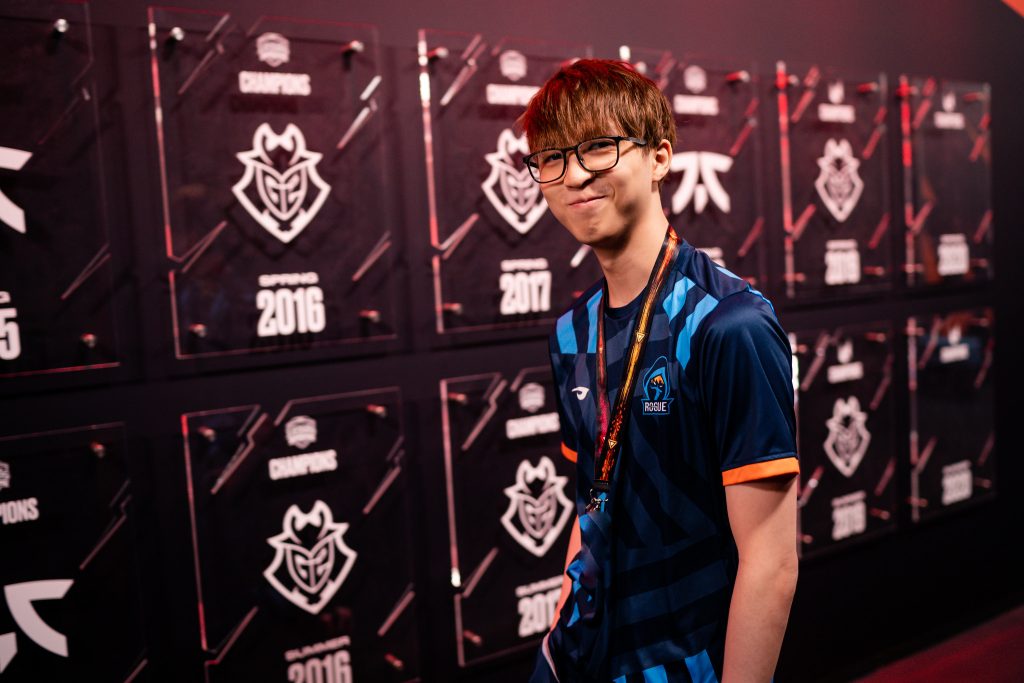 Rogue are off to a blistering start in the LEC Summer Split. After the squad finished fifth in the Spring Split, the team looks rejuvenated and a true contender for a ticket to the League of Legends World Championship. They’re the only team that hasn’t lost a game yet, and everything seems to simply click.

We spoke to Rogue’s bot laner Steven “Hans sama” Liv about how Rogue found its spirit during the offseason, and how high he thinks the relatively young squad can fly. Hans sama also weighed in on the strongly contested AD Carry position in the LEC and where he would rank himself.

Hotspawn: Welcome Hans sama, how are you doing?

Hans sama: I’m doing good! I’m happy because I feel that we, as a team, have improved a lot since the last Split and I can clearly see it in our games. We always have a constructive, clear plan for how we want to play the game. Everything seems to be going smoothly during the games we have played so far, and scrims are going well too.

Hotspawn: In the Spring Split, Rogue had some inconsistent performances. To get a grasp of what’s going so well now, let’s dial it back a bit and quickly look at the Spring Split. How was the synergy within the team?

Hans sama: In the beginning, the synergy between all of us—me and Vander, and the rest of the team—was there, kind of, but when we were playing against strong teams we were more inconsistent. We wouldn’t know what to do. In those games, the synergy just wasn’t there. Each of us had no idea what to do, and as a team, it wasn’t working.

But now I feel like we have a better foundation. We all know each other better as well. When we watch VOD reviews, there is always something we learn. I feel that last Split we did many VOD reviews that were not as useful, I would say. You wouldn’t really see clear improvement throughout the weeks. I think we are on a good track now. We don’t make as many silly mistakes. I think I would say we are more disciplined compared to the Spring Split.

Hotspawn: Given how the team was functioning at the time, how happy or unhappy were you with a fifth-place finish in the Spring Split?

Hans sama: I wasn’t satisfied, but I wasn’t too unhappy either. I was fine, I guess. *laughs* Something we learned was that we hit a slump during the week that LEC was canceled. All of us tried less hard, I guess, and we were mostly just chilling, not knowing whether LEC would start again. We weren’t in ‘the zone’ anymore, and we lost every match after that. We couldn’t adapt well to the online format.

Hotspawn: How did you fix that during the offseason? After all, the chances were really high that the Summer Split would continue with an online format.

Hans sama: I’m not sure how we fixed it. Everyone on this team is very hungry to go very far with the team. I think some of us fixed the issue individually. We can clearly see that the members on our team are really putting in a lot of effort. It’s contagious sometimes when you see someone that wants to try hard and do their best. It motivates the other players as well.

I think that is what has improved the most for us. We’re in a very positive environment. We all understand what the others want. There is less toxicity within the team. I think toxicity is something every team has to deal with, but we are better at controlling it within the team than we were used to. Before, when we lost a game and were frustrated, we kind of got silent. Now we do our best to still be a good teammate, even if we lost. 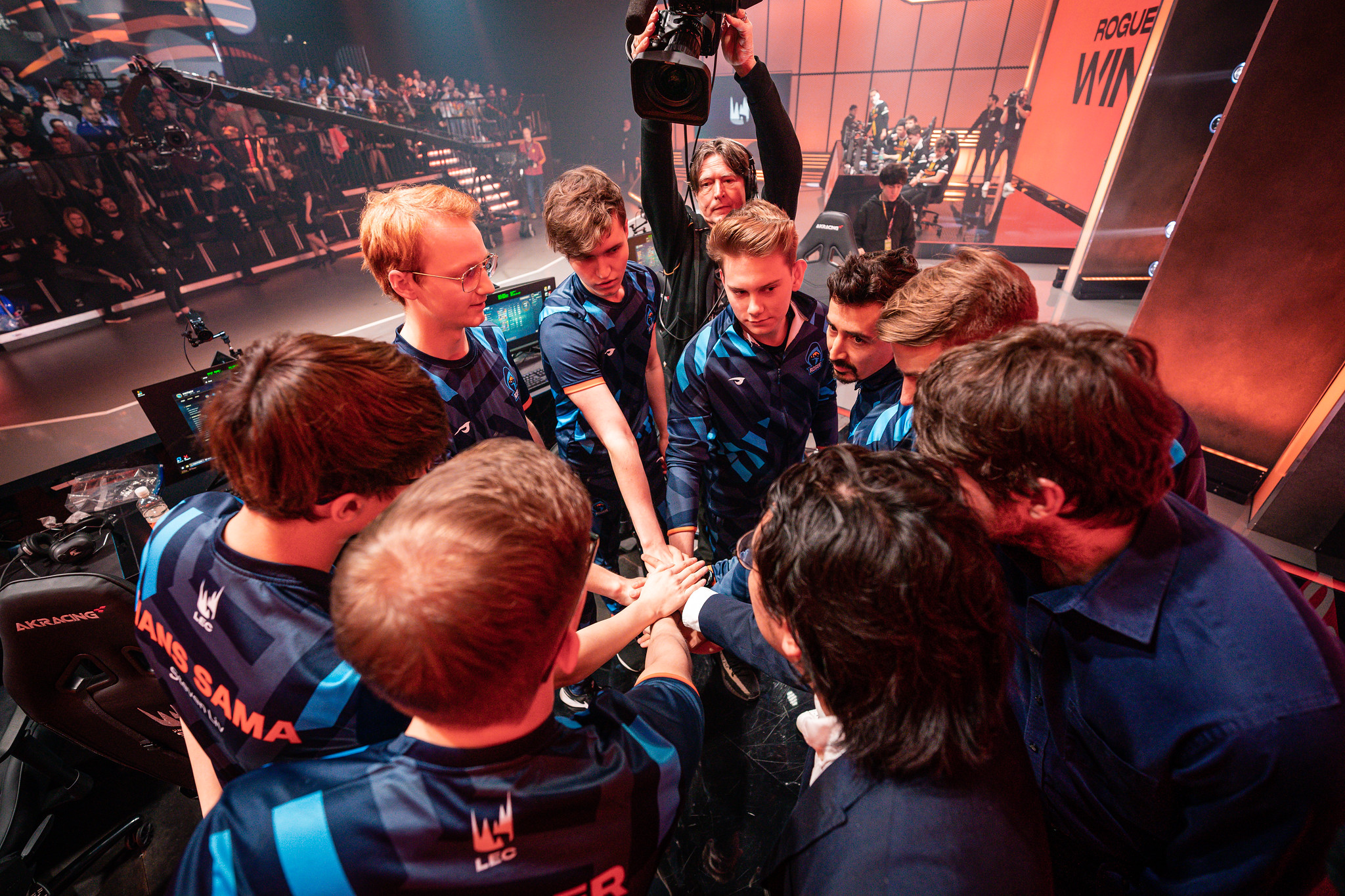 Hotspawn: Is there a particular player in the team who is the ‘main motivator’, or do you all have moments where you inspire your teammates?

Hans sama: We don’t have a player on our team who mainly does that for us. We all individually show our passion for the game, and that’s how we motivate the other players on the team.

Hotspawn: You guys are synergizing well now, and are playing confidently. Where would you place Rogue compared to the top teams in the LEC at the moment?

Hans sama: It’s hard to say at the moment. I guess I’d have to judge it based on scrims, because that’s where we play against the good teams most of the time. Still, it’s difficult to say. Stage-games matter the most, and that’s where your performances often change a little bit. For example, in a scrim, you could beat an opponent because they are trolling or something. *laughs* We haven’t had to play games against the good teams yet. We’ll have one against G2 on Saturday, so that’s when I’ll be able to answer that question with more precision.

Hotspawn: There are many relatively young players on Rogue, so there is a lot of potential for growth on the team and develop more. Is the Rogue we’re seeing now bringing out the maximum potential in each of the players, or do you think your limit is much higher?

Hotspawn: Lastly, I want to touch on the AD Carries in the LEC. You’re facing tough competition in Perkz, Rekkles, Upset, Kobbe, Carzzy; there are many good bot laners in the league. How is it for you to play in such a heavily contested position?

Hans sama: It’s fun. I think I’m quite confident against almost all the AD Carries that are out there, even though they may have a lot of potential or if many fans are cheering for them. The hardest to play against is probably G2—Perkz is quite good. The synergy with his team and his support are all perfectly synchronized. That synergy is what makes him a very good AD Carry. Other AD Carries have different strengths, but I would say Perkz is the strongest to play against.

Hotspawn: Where would you rank yourself among the AD Carries in Europe?

Hans sama: Right now? Hm… I don’t want to be too cocky right now. I don’t want to put myself in the top three yet, because I haven’t proved myself yet I think. But I think I could get into the top three. Right now Perkz is definitely the best. Rekkles’ strength is very different from that of other AD Carries. He doesn’t completely bully you in the lane. His playstyle is very special, I feel. He’s always very useful to his team. Then the third one is probably Upset. He’s probably the guy that his team plays the most around. He’s quite scary as well. He has good mechanics and he is very strong in the laning phase.

Hotspawn: If you haven’t proved yourself yet, as you say, what needs to happen for you to place yourself among the top three AD Carries?

Hans sama: I’ve learned many things already. I think sometimes I’ve been the best AD Carry, or at least that’s what people have called me. Sometimes though, not always. *laughs* It’s been inconsistent. I don’t think there are many things for me to learn at the moment. I just need to use what I’ve learned, get in the right shape, and have good energy to play. I need to be hungry to win the game. I’ve been at the top before, so I know what it takes to get there. I know what I have to do for the Summer Split.