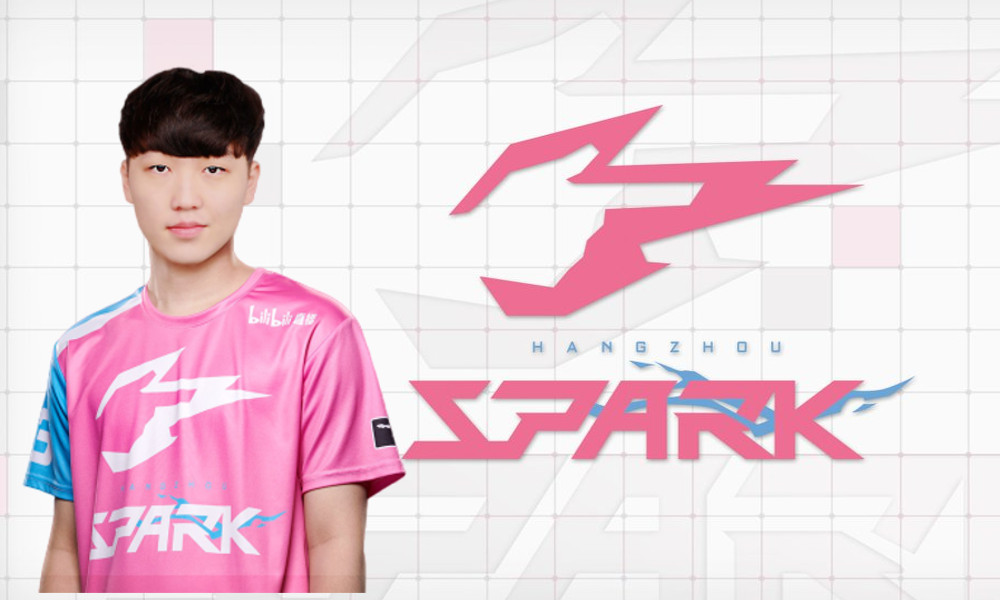 The Hangzhou Spark have picked up Ado ahead of the season. This will be his third team in three years. (Photo courtesy Hangzhou Spark)

The Hangzhou Spark have announced the pickup of Flex DPS Gi-hyeon ‘Ado’ Chon. Ado will make his 2020 debut on his third team in as many years.

“Ado’s skill and professionalism impressed us during his two month tryout and we believe the Overwatch League veteran will be a great addition to our team,” the Spark said in their announcement.

Long time Overwatch League fans may remember Ado’s run on the unfortunately winless Shanghai Dragons, and the 8-20 Washington Justice. Some are now calling Ado’s place on the Spark his first chance to perform on a team where he’s surrounded by players of his own caliber.

The Spark certainly had better luck than the Justice did in the 2019 season, as they finished fourth overall in the regular season, and fourth in the 2019 playoffs, falling to eventual champions San Francisco Shock.

Ado debuted in the Overwatch League as part of Shanghai’s emergency mid-season retooling of their roster in season one, but his debut was slowed by visa issues. By the time he, Geguri and Fearless started, they were unable to catch up or carry the rest of the flailing Shanghai roster to their first win. Ironically, the Dragons would go on to get their first win in season two before Ado and the Justice did.

As a result of the GOATS meta last year, Ado barely got to show off his DPS chops last year. He played over 13 hours worth of Brigitte, more than six times the rest of his hero pool combined.

Hangzhou and the other Chinese Overwatch League teams have yet to debut in the 2020 season. It’s unclear exactly when they will be due to the coronavirus outbreak in China. The virus has caused the cancellation of Chinese homestand events in the region, along with teams taking necessary precautions. While that outbreak is showing signs of slowing now, the Overwatch League has yet to announce when these games will be made up.

As a result of these cancellations, the Spark’s very first match won’t be until March 6 – a full month and a half after the launch of season three.