Hangzhou Spark On The Verge Of Dubious History 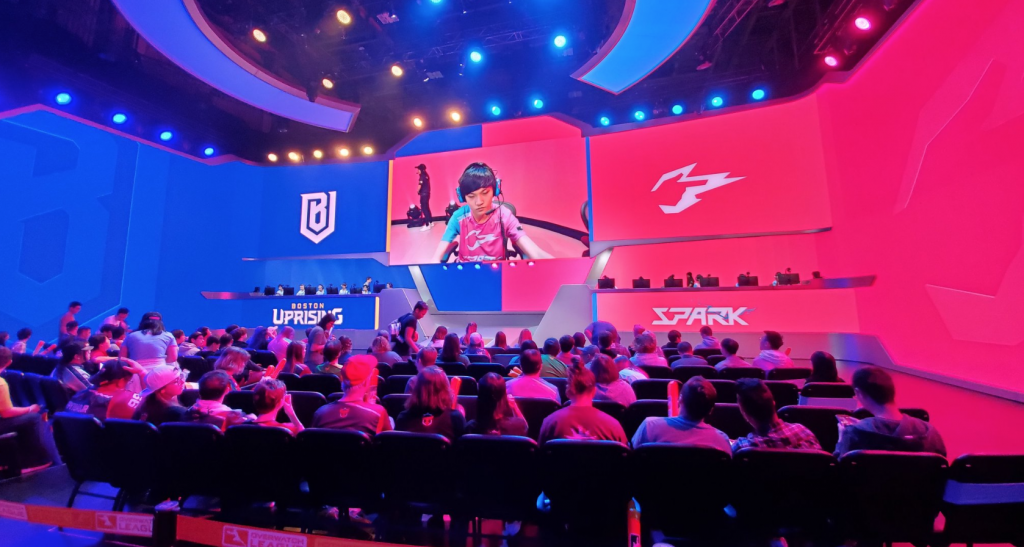 If the stage playoffs were to start today, the Hangzhou Spark would be the first team in OWL history to have a negative map differential in the postseason (Photo courtesy of Hangzhou Spark)

The Hangzhou Spark have been the definition of “mediocre” so far this season. The team is sitting ninth overall in the Overwatch League overall standings at 7-6 with a -7 map differential. However, the Spark could achieve some less-than-impressive history this weekend.

How is this possible? Well, it is largely because of their mediocrity. The Spark have faced two teams that currently hold a playoff spot in this stage, going a combined 0-8 on maps against the San Francisco Shock and Vancouver Titans. In their other four games against teams currently not in the playoff picture, Hangzhou has a +5 map differential with three of their four victories coming in five-map sets.

Why is it that this team barely gets past middling opponents and gets run over by the truly elite? The biggest issue is the Spark’s poor support play.

Heechang “Bebe” Yoon is a solid Zenyatta in terms of healing, though he is never going to be mistaken for Twilight of Jjonak when it comes to kills. However, Bebe does not exactly have the strongest support players surrounding him. Ho Jin “IDK” Park might be the worst Lucio in the entire Overwatch League – statistically, he has the worst healing of any Lucio main –  and the team can’t find a good Brigette player with both Jaehwan “Adora” Kang” and Junki “Bazzi” Park not taking to the hero especially well.

When you look at the truly elite teams in the Overwatch League, strong support play is the key. The Shock, Titans, NYXL and Los Angeles Gladiators all feature deep, well-versed support groups. Solid foundations that keep their teammates alive. That is, after all, the purpose of support players – to keep their team alive.

The Spark simply do not have the same level of support players. Bebe does the best he can to keep his teammates topped up as Zen, or occasionally Ana, but IDK is the worst healing Lucio in the Overwatch League.

Luckily, their tank play from Kyeong Bo “Godsb” Kim and Qiulin “Guxue” Xu can hide the Spark’s healing deficiencies against lesser teams. However, Hangzhou’s supports can be abused by the best teams who understand that they are the weak link.

It is not all doom and gloom for the Spark. Bebe is still a solid presence and the increased minutes for Shilong “Krystal” Kai should be a big help. In his limited opportunities to play, Krystal has proven to be the best Brigette player on this roster. If Krystal can come in and solidify that spot of the lineup, then IDK’s hyper-aggressive Lucio play suddenly becomes much more forgivable.

The Spark have just one game left in the Stage 2 regular season. That game comes against the Seoul Dynasty on Sunday, May 5. If the Spark win, they will be 5-2, which will get them into the stage playoffs. However, if they win in anything other than a four-game sweep, they will find themselves in the playoffs with a negative map differential. And maybe that would be the perfect depiction of this Spark squad. Good enough but not great.