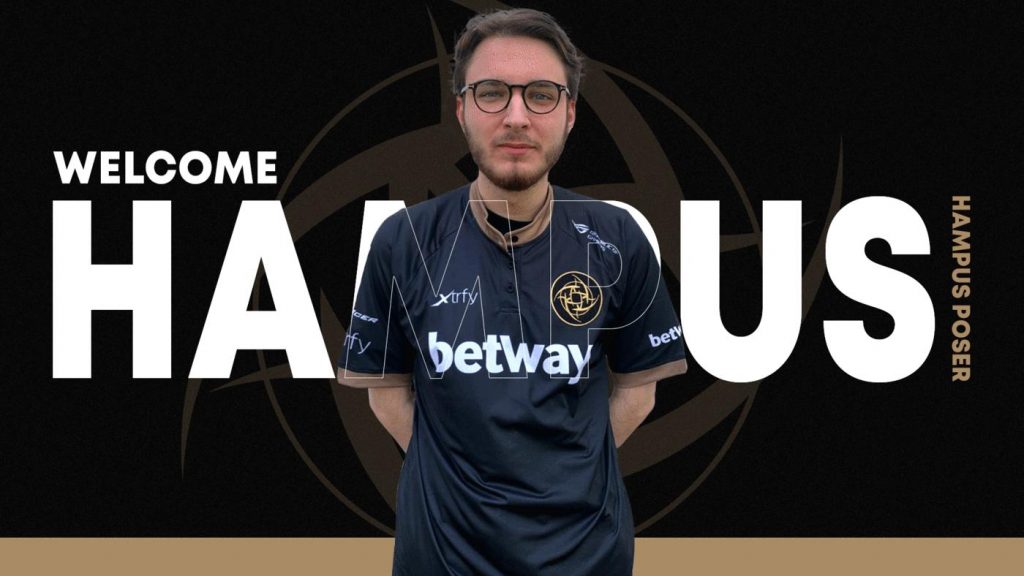 Hampus “hampus” Poser will be replacing Jonas “Lekr0” Olofsson on the Ninjas in Pyjamas active CS:GO roster “towards the end of the months,” the Swedish organization has announced.

As a result, the 26-year old in-game leader will be moved to the NiP bench, where his future is uncertain. As for the young talent who is transferring to NiP from Team GamerLegion, hampus will play his first official match as a Ninja on May 28th at DreamHack Masters Spring.

“Success and trophies are a natural part of the Ninjas in Pyjamas legacy and it’s been a top priority of mine to build an esports setup that will allow us to consistently recruit, develop, and retain the highest caliber of talent. It’s in our DNA to be a team that contests for the big trophies, and we want to get back there. We have already seen a lot of promise with our new roster and it’s because of that we are now able to look further ahead and benchmark it versus our long term aspirations. The philosophy and ideologies I have around the future of esports performance, is something that I am unwilling to compromise on, and something that we constantly have to keep evolving in order to become the best, and that is why we have chosen to do a roster change. Lekr0 has done an excellent job in NiP, but sometimes a team needs to evolve in a different direction, causing a natural shift.”

While far behind Lekr0 in experience, hampus boast an admirable amount of both regional and international success ringing in at just 21-years old. Through his time playing under organizations such as GamerLegion, GODSENT, and Red Reserve, hampus has helped secure title finishes at the Qi Invitational, LOOT.BET/CS Season 2, and CMD368 Championship, as well as reach the World Electronic Sports Games in 2017 and 2018.

Hampus had provided comment about his newfound role on the Ninjas in Pyjamas roster in a release, saying:

“I am very excited to have been given this opportunity to play for NiP. It really is a dream come true. I’m also looking forward to reuniting with some insanely skilled old teammates and friends and can’t wait to start working and do great things together.”

As it stands, Ninjas in Pyjamas are now: