Halo: “Obviously, We Exceeded Our Expectations” 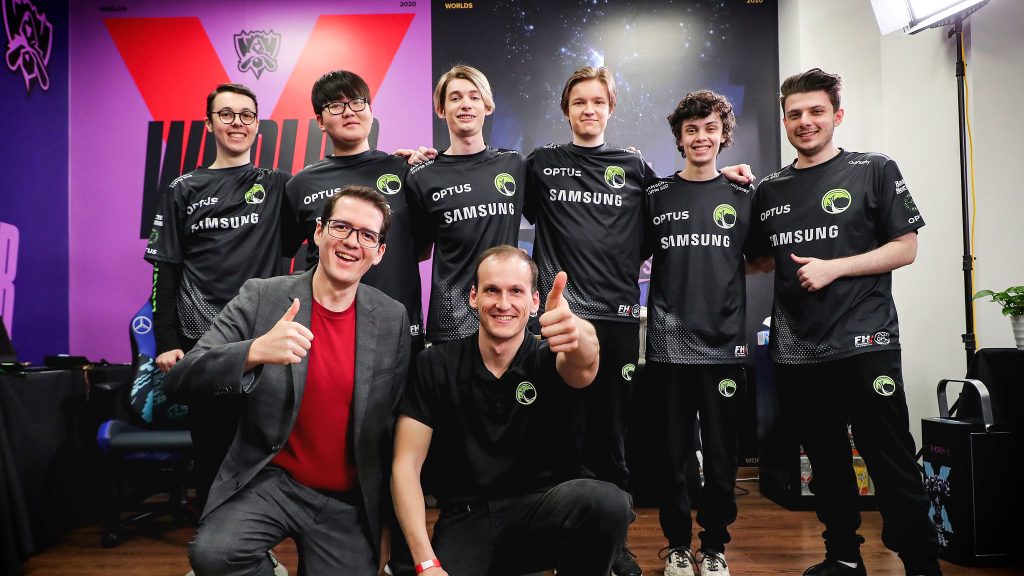 The story of Legacy Esports at the League of Legends World Championship this year has come to an end. Following a surprisingly strong showing in the Play-In Stage’s first round—the team toppled everyone except Team Liquid—their run was abruptly put to a hold. Against LGD Gaming, who had finally come alive in the tournament, Legacy Esports was swept 3-0. Once again, the OPL’s representatives fall just a few inches short of making it to the Group Stage.

After the loss, Legacy’s substitute mid laner James “Halo” Giacoumakis joined us for an interview. He offered his perspective on Legacy’s run through Worlds 2020, told us about his role as analytical assistant on the team, and touched on the growth of the OPL as a region.

Hotspawn: Thank you very much for joining, Halo, especially considering the team just lost. I’d like to start by fleshing out your role on Legacy. As the substitute mid-laner on the team, how did you assist them in preparing for Worlds?

Halo: So, Legacy brought me on midway through the second Split. Tally was a top laner who role swapped to the mid lane, so we were having some champion pool problems and I’ve been a mid lane player. I did have other offers in the OPL but I just didn’t think it was worth it. The region is pretty undeveloped and income isn’t great. So once I got the opportunity to join a top team that won the last Split, I obviously took it.

For the practice, during quarantine, we split the time. I was playing the carries, mostly. The thing is, I’m a rookie, I’m not really used to the pressure of playing in best-of-fives. In the Playoffs I did play in the finals, but I think it really got to me. The mental aspect of the game… once I took one loss it was hard to recover. So overall, in quarantine, it was clear that Tally was the better choice for the Group Stage. He’s just a veteran player.

Hotspawn: And when you’re splitting the time, practicing, do you play the role of an analyst when you’re not playing the game?

Halo: When I wasn’t scrimming, I was watching every game. We’re talking about the mid lane matchups, talking about the other teams’ matchups. That sort of thing. It’s easy to see things when you’re not in the game, so I’m just trying to give feedback for the team every game. That is pretty much what my role was during quarantine.

Obviously, we exceeded our expectations.

Hotspawn: You’re right, it is easier to spot mistakes when you’re not playing the game. Just ask Twitter and Reddit, right? Anyway, during the tournament it became clear that Legacy was performing well, above expectation. Did you notice the atmosphere change in the team too?

Halo: I think, after the first day, it was still quite normal. We had beaten INTZ and we thought that we would beat them. Still, it was a very close game. Team Liquid absolutely destroyed us. But I think, throughout scrims, we learned so much. When we were facing MAD Lions, who weren’t in form, or when we faced SuperMassive, they looked like very beatable teams. I was pretty confident, going into these matches, that my team could win. Once we beat those teams, we had a lot of confidence. Even coming into today, I think games two and three were very close. Game two moreso. There were obvious mistakes that, if we were given a second chance, we could’ve corrected and then we would have taken game two for sure.

The team has been pretty happy. Obviously, we exceeded our expectations. On another day we would probably have beaten LGD. Maybe if we had another week or two of these scrims playing against these really good teams. But they’re a really good team as well, so it was an honor to play against them too.

Hotspawn: Talking about the series against LGD, was there ever a moment for you as a sub where you thought “Alright coach, sub me in, I’ve got this!”?

Halo: Hm, probably not. If I can’t handle the pressure in the OPL, then getting thrown into the middle of a series like that would probably be worse. I haven’t scrimmed in, like, the past week. So I think I always knew I wasn’t going to play. But having the outside/inside of mid lane match ups that Tally doesn’t usually play, having that different perspective, was valuable to the team I think. I wasn’t really ever going to play. I definitely don’t think the loss was a mid gap or anything like that. We had champion pool problems, obviously, but I also have champion pool problems. We just fill in each other’s weaknesses. But overall I do think Tally was the better choice of the day.

I definitely think that all of our players have a lot of potential individually.

Hotspawn: It’s a very humble position to take. So diving more into that role of you as an analyst, was that something you knew you’d be doing more when you joined the team?

Halo: Well, I do think that I played more OPL matches than Tally did when I joined the team. But as the season went on, it was just harder and harder for me to adapt to the best-of-five format. I just said to my team: “All I want to do is win. I don’t care how we win. Whichever way we win, I just want to be a part of it.” That’s what happened, and I have no resentment or regrets, anything like that. I just want to win, and I want to give my team the best tools to win. Being a substitute, of course it sucked. I did want to play, obviously. But winning is more important for sure.

Hotspawn: The OPL once again came close to making it out of the Play-Ins. As someone who took this chance to join a top team, what’s your perspective of the growth of the Oceanic region?

Halo: I think, as a region, we’re pretty disadvantaged. We have like 20 million people in the country, as opposed to 1 billion in China. So we’re really small. Queue times are long. The ping is good! *laughs* That’s about it. But I definitely think that all of our players have a lot of potential individually. You’ve seen player that have been imported, like Destiny. They can all compete on really big stages. It’s pretty obvious, from this showing, that it’s not about player skill at all. Even against LGD I don’t think we were out-mechaniced or anything like that. It’s just about the resources our region has.

I think, if we had a facility or something, we’d do a lot better at Worlds. I don’t think it’s individual talent at all. I think all of our players on the top teams can do well internationally. It’s just a matter of teamwork. Individual skill will always triumph in OCE, so good teamwork teams don’t usually make it to international tournaments to showcase their teamwork. But I think our team is a good mixture of both, and we proved that we can definitely take it to major regions for sure.

Hotspawn: Looking at your team’s performance overall, even though you just came off a defeat and are disappointed about that, are you proud of what Legacy has done here at Worlds?

Halo: Yeah, for sure. It really doesn’t make sense, if you look at it logically, what we have achieved. Our team should not have beaten European teams and teams with good solo queues and all their resources. But it just shows the drive. That’s the difference. Our team is very driven. We took scrims very seriously and we learned a lot from playing those scrims. I could feel it physically. I could feel what we were learning. So I am pretty proud of my teammates. It feels like we wanted to work hard, and we learned a lot in the two-week bootcamp. So yeah, I’m pretty proud of everyone involved.

Hotspawn: Legacy gathered quite a bunch of new fans during this Worlds. Do you want to say anything to the people who’ve been supporting the team?

Halo: Yeah, I really appreciate all of OCE coming together and supporting us. It means a lot when we see Tweets and stuff like that. It really motivates us to perform well. Hopefully, OCE will do better next year. I mean, we set records this year and I’m sure we’ll make it out to the Group Stage next year. For sure. So thanks very much for all the support.