Who are the Best CS:GO Players? 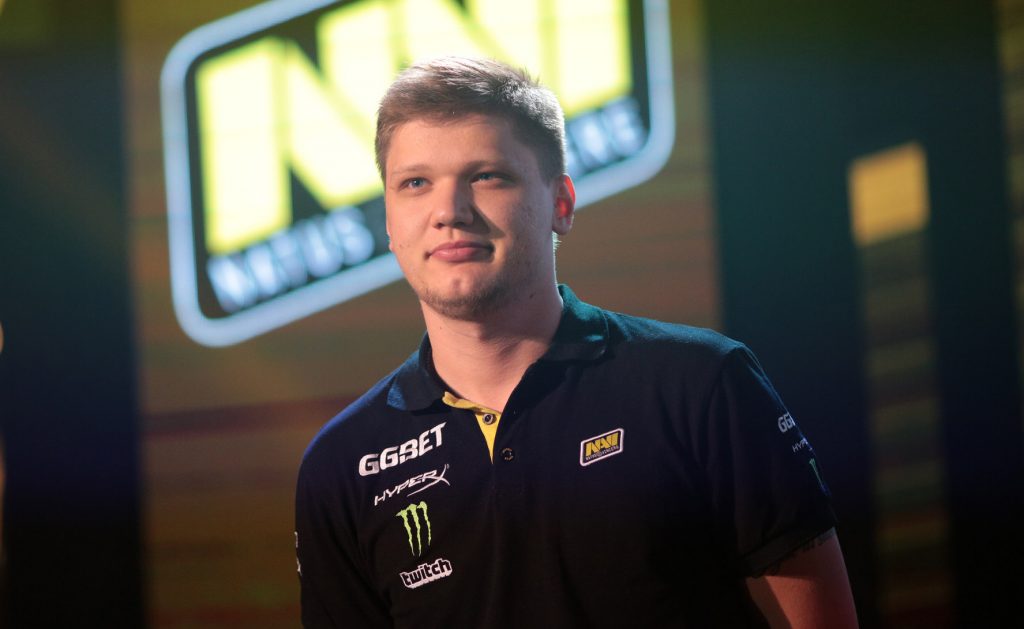 While the baseline level of skill to break into the pro-CS:GO scene is absurdly high, some players manage to stand above the rest of the pack.

Watching individuals from around the world take the game to next level with lightning-quick reaction speed, inhuman accuracy and super-precise teamwork is a treat to watch. At just a quick glance, even the most casual player can tell that the pros are a different breed altogether.

But of course, there are levels to everything, even at the very top. While the baseline level of skill to break into the pro-CS:GO scene is absurdly high, some players manage to stand above the rest of the pack, and establish themselves as all-time greats in the game.

So who makes that cut? Who are among the greatest CS:GO players of all time? And who are the best in CS:GO today? Read on and find out!

Who are the Richest CS:GO Players?

While it’s not necessarily the most accurate way to determine the greatest Counter-Strike: Global Offensive players of all time on a technical level, taking a look at the amount of money individual players have raked in during their careers is a decent way to judge. After all, isn’t the money what the players are really in the game for?

As of this writing, Astralis founders Peter “dupreeh” Rasmussen, Andreas “Xyp9x” Hojsleth and Nicolai “dev1ce” Reedtz are the richest Counter-Strike players in history by a fairly comfortable margin in terms of prize pool earnings. The three have played together since early 2016 and have amassed one of the most impressive collections of hardware in esports history, including two Major titles and a slew of league championships. Xyp9x and Dev1ce are currently poised to become the first CS:GO players to earn over $1 million in winnings, with Dupreeh set to follow suit shortly thereafter.

On the heels of the Danish players are Brazilians Gabriel “FalleN” Toledo, Fernando “fer” Alvarenga and Marcelo “coldzera” David. The three have stuck together since 2015 for a run that started with Luminosity Gaming, transferred to SK Gaming in 2016 and eventually became the bulk of the inaugural Made in Brazil roster in 2018. That group actually held the top spots for highest-earning CS:GO players for several months, but have slipped back since then.

Past that is a pileup of players from various organizations, including some past and present teammates of the aforementioned. Picking the best out of any group of veteran professionals will always have room for debate, but of those six players MiBR’s Coldzera is likely the overall best pure talent, though Dev1ce has taken in a fair bit more cash while competing at a comparable level.

Again, money doesn’t necessarily tell the whole story but it is a solid metric for picking out which players have had the most enduring success. And it doesn’t get much more enduring than these two.

Which CS:GO Player Has Played Professionally for the Longest?

That said, when it comes to enduring success, many of today’s best haven’t necessarily been around all that long. Counter-Strike is a game with a nearly 20-year history dating back to its origins as a mod for Half-Life. A large chunk of today’s competitors have only been around for a small slice of that, with some stars going from pubstar to pro as recently as last year!

Some, however, are deep into their pro career. In fact, some have been playing professional Counter-Strike since well before the launch of Global Offensive, or even Counter-Strike: Source! In a realm that can often be defined by its wildness and instability, that kind of longevity is something special and deserves to be celebrated.

Among the handful of players that have that kind of veteran status in Counter-Strike, Christopher “GeT_RiGhT” Alesund as the most enduring, and arguably greatest.

With a career dating back over a decade, GeT_RiGhT has stuck around in the scene longer than almost anyone else.

Starting with Begrip Gaming in 2007, he quickly established himself as one of the top players in Europe. Despite being individually talented, the struggles of his teams saw him enter journeyman status, changing organizations once every few months. He found a more permanent home in 2009 with Fnatic and helped propel it to new heights, winning a number of the era’s biggest LAN tournaments including Intel Extreme Masters III.

He left Fnatic in 2010 to join SK Gaming and enjoyed a fair bit of success there. The launch of CS:GO, however, saw a wave of new interest in the brand and with it, a renewed emphasis on the game by esports organizations.

One of the brands that rejoined the fray was Ninjas in Pyjamas. Looking to make a splash after five years without a Counter-Strike team, NiP picked up GeT_RiGhT and Patrik “f0rest” Lindberg from SK Gaming alongside Fnatic’s Richard “Xizt” Landström and FM Esports’ Adam “friberg” Friberg. Those four players formed the core of the NiP roster for years, with GeT_RiGhT remaining with the team to this day.

Granted, there have been plenty of ups and downs along the way. The team arguably peaked in 2013 and 2014 and has struggled to remain consistent over time since. In recent years, NiP has essentially been defined by having prolonged slumps with first-place performances peppered in almost at random and while that isn’t necessarily the worst thing, it’s a far cry from their top-tier heyday.

Still, that doesn’t take away from how individually talented GeT_RiGhT is, or how amazing his career has been. He had runs as the best player in the world in two separate iterations of Counter-Strike and even after all these years, he’s still capable of breaking wins off of the best opponents.

Who is the Best CS:GO Player Today?

Esports is no different. The strength of competition in today’s Counter-Strike scene is considerably steeper than anything seen in years past and as such, players need to be more skilled than ever in order to stand above the pack for any length of time.

Which begs the question; Who are the greatest players of today? Well, that depends on what sort of metrics you’re using.

If “greatness” is defined by pure technical prowess, then it doesn’t get any better right now than Oleksandr “s1mple” Kostyliev.

After years of working as a journeyman in the CIS region, the Ukrainian hit the international circuit in 2016 as a standout player on Team Liquid. He returned home later that year, joining Natus Vincere, and suffered for months as the org struggled to lock down a permanent roster. Things eventually settled down in 2018 and, with a stable group around him, S1mple helped transform NaVi from a regional favorite to a bona fide CS:GO heavyweight. During that year, he proved himself to be an extraordinary individual talent to the point where he was widely held as the best by competitors the world over.

The one knock on S1mple is that he is a relatively new phenomenon. He can go toe-to-toe with anyone in the world right now but doesn’t have the resume or trophy mantel that many of his peers do.

That isn’t the case with Marcelo “coldzera” David. As previously discussed, Coldzera has arguably been the best pure talent in recent years and has all the hardware to prove it including two Major titles and a slew of first-place finishes at LAN tournaments. While he isn’t quite as dominant as he used to be, he’s still a force that few can match.

The middle ground between those two is Nikola “NiKo” Kovac. From a technical perspective, the FaZe Clan star is astoundingly good and while he lacks a Major victory, he has taken home plenty of blue ribbons and big paychecks over his two years with the team.

Of course, the “best in the world today” discussion changes constantly in CS:GO, give the game’s hyperactive tournament schedule. A new challenger could enter the discussion at any time.

Right now, though? Any of these three could be the best in the world.

Who is the Best CS:GO Player in Each Role?

Who is the Best AWPer?

AWPer is something of a prestige role in CS:GO. Like a mid in Dota 2, AWPing puts a player onto an island, and into a do-or-die situation, that has a huge impact on their team. Success is difficult and as such, it’s often the role that attracts the most individually skilled players.

Who is the Best Entry Fragger?

Entry fraggers do precisely what their name suggests; they enter and (ideally) frag an enemy! They’re the first one in and need to have the quickness and accuracy to convert that disadvantageous spot into something of value.

Picking top entry fraggers can be difficult since this duty can shift between players based on the situation (S1mple, for example, often plays this role but also wields AWPs on occasion) but Havard “rain” Nygaard, Peter “dupreeh” Rasmussen and Epitacio “TACO” de Melo have all stood out in this position. Oh, and naturally S1mple is near the top of the heap, too!

Who is the Best Lurker?

You know when your team pushes A site but you always have that one guy on your team that runs off to B to hide behind a box, hoping to shoot somebody in the back while they run with their knife out? That is, essentially, what lurkers do in CS:GO (though there’s a lot more to this at the pro level).

The meta has made this role somewhat situational, but players like Christopher “GeT_RiGhT” Alesund and Nikola “NiKo” Kovac have established themselves among the best at this.

Who is the Best CS:GO Support?

Playing as a support can take on many different forms depending on the team and the meta at the time. Expert grenade usage, quick rotations, strong clutch skills, bomb planting and captain duties all technically fall under this umbrella. Because of that, many players can technically carry this label, though most also fall into one of the other categories.

Nathan “NBK-” Schmitt and Andreas “Xyp9x” Hojsleth are among the few top players that are pure supports…and they’re both exceptional.