What is Teamfight Tactics (TFT)? 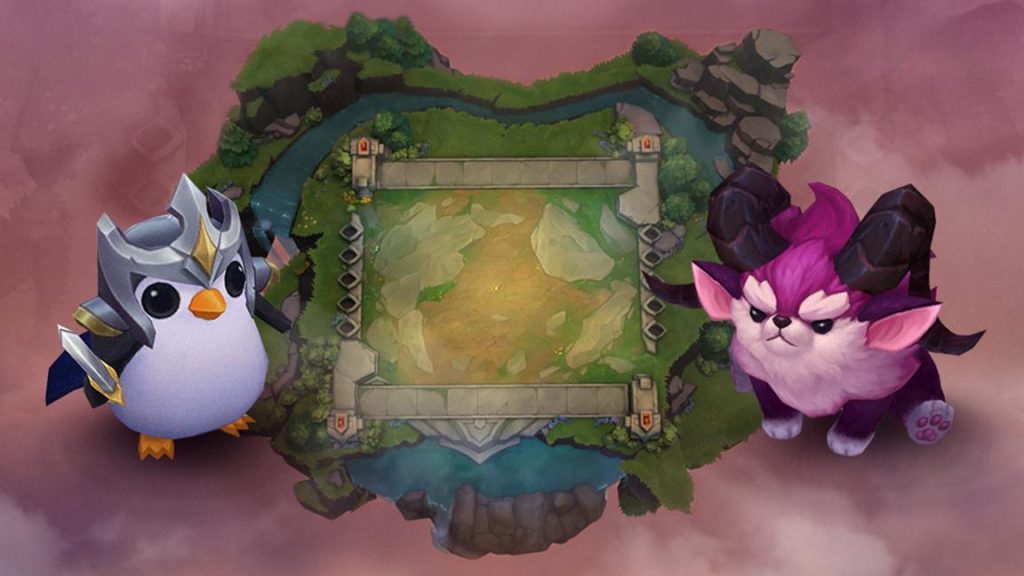 Teamfight Tactics is played on a hex-based board, where your champions will auto-battle for your glory! (Image via Riot Games)

Teamfight Tactics (TFT) is Riot Games’ answer to the newly popular Auto Chess or Autobattler genre. An alternative game mode for League of Legends, TFT is based on the original Dota Auto Chess custom game for Dota 2. It pits eight players against one another in a competition that combines elements of strategy, resource management and deck building.

Why is Teamfight Tactics so popular?

Teamfight Tactics is a new entry in a new game genre: Auto Chess. The original Auto Chess entry was released in January 2019. Since then, it’s seen a huge rise in popularity. The simple and engaging gameplay of the genre rewards both skill and game knowledge but also allows for luck and the use of clever strategies to secure victory. This makes it appealing for players of all abilities.

As a multiplayer game that doesn’t demand split-second decision-making or god-like actions per minute (APM), autobattlers are easy to play.

In TFT, Riot has leveraged its sizeable existing cast of characters (champions) as pieces or units in the game and using its current League of Legends player base as its beta testers. With these resources, they can release frequent updates, while remaining strategically interesting, yet simple enough that even a first-time player has the potential for victory.

How do you play Teamfight Tactics?

In Teamfight Tactics, you assemble an army of champions to automatically battle your foes through consecutive rounds of combat. After purchasing your units, you arrange them on a hexagonal chess board. When the round starts, the champions move on their own, attacking opposing units based on which are closest to them.

Where you place your champions on the board can be quite strategic. (Image via Riot Games)

Each champion has health and mana. Health drops when the champion is attacked, while mana increases over time. When a champion’s mana is full, the champion will use its unique ability, usually inflicting some damage on the enemy.

The round ends after time runs out or when one player has lost all their units. Then the remaining units on the board are tallied up and deal that amount of damage to the losing player. Once you have taken 100 damage, you’re eliminated. The game continues until one player is left standing. At the end of the game, the top three players are given bonus rewards.

After each round, a choice of five new champions appears at the bottom of your screen. You’re also given a chance to select an initial champion from the Carousel at the start of the game, with additional Carousels happening once every five rounds. TFT has more than 50 champions in-game, and discovering which ones work best for you is part of the game’s appeal.

Champions cost between one and five gold, depending on how powerful they are. You can purchase new champions with gold earned passively each round, as well as from winning and losing streaks and interest. Interest is collected at a rate of one gold per 10 you have. You can also sell unwanted units for extra gold.

Champions can be upgraded up to three times, by combining three multiples of the same unit. Purchase three identical level one units and they will combine into a level two version of that unit, while level three units can be made from a trio of level twos.

Beyond the placement of your champions, a lot of the game’s strategy comes from the game’s Origins and Classes. Each champion has its own Class, such as Assassin or Gunslinger, and Origin, such as Ninja or Phantom. When you place multiple champions of the same Class or Origin on your board, it activates their passive ability.

Passive abilities stack the more of that Class or Origin you have. Some Classes and Origins work better together than others.

The Carousel is a unique element of Teamfight Tactics for acquiring champions and items. (Image via Riot Games)

The game also has items. These can be equipped on your champions to make them stronger or combined together to create more powerful items. Items are obtained by winning Creep Rounds or picked off of champions during the Carousel.

The number of champions in the game is also finite. Often there are only enough units of a single champion type to be able to create a level three version. The game rewards players who use strategies and units which other players in the match have not used.

The longer the game goes, the more rare and expensive champions appear. While in the early game almost all your offers will be single gold champion, in the later rounds, you can expect to see an array of higher cost champions throughout.

Players familiar with League of Legends will also have the advantage that most champions function very similarly in TFT. Players coming from deck building and collectible card games will instantly recognize the mechanics of synergies. For everyone else, TFT is forgiving enough for you to learn as you play.

How will competitive Teamfight Tactics work?

Teamfight Tactics was developed with competitive play in mind and naturally lends itself to a tournament structure. Usually, tournaments feature eight-player matches, played in a “best-of” format. Groups are divided into multiples of eight, creating large, 32 or 64 person brackets.

Because of the random chance and variety of strategies involved in TFT, multiple matches are played per round, and points are awarded based on how players finish in each match. The competitive aspect of TFT is compelling, as players can see which compositions their opponents favor, and counter them as the matches progress.

Who are the best Teamfight Tactics players?

With its competitive scene still developing, streamers are your best source of high-level Teamfight Tactics action. TFT has a well-qualified roster of personalities for you to choose from, with an impressive list of accolades between them.

Hafu is popular streamer who’s previously been incredibly successful at both Hearthstone, and TFT’s predecessor, Dota Auto Chess, reaching that game’s top rank, Queen, on four occasions. On June 25, Riot Games revealed that Hafu had been the highest ranked player during the games’ Public Beta Environment (PBE) run. Besides being perhaps the best player in the game, Hafu hosts a very relaxed and positive stream, where she explains why she makes decisions in-game, and an ideal person to watch to get to grips with the game.

Hey! Over the next week or so, we’ll be deploying Teamfight Tactics to all regions. To have some fun and thank you for your help, here’s a list of some of the best and most engaged players from the beta!

Former League of Legends pro player and coach, and now full-time streamer and content creator, Scarra has taken it upon himself to become a teaching voice for the game, releasing guides and cheat sheets for new players. Besides this, his stream is very educational, and a great source of information for newbies.

Another former League of Legends pro player and coach, Saintvicious, or just Saint, quickly established himself as one of the best players in Dota Auto Chess, reaching Queen on multiple accounts, and becoming widely regarded as one of the best players in the world at that game. In TFT, Saint is likely to replicate this success and is already one of the best authorities in the game. His stream focuses more on top-level play and is an excellent place to start identifying some of the more advanced game concepts.

Like Hafu, Disguised Toast is another Hearthstone player who has fallen under the spell of TFT. A more lighthearted and humorous option than the others on this list, Disguised Toast still displays a high level of aptitude for the game, and is a perfect person to watch for a more energetic and personality-driven TFT stream.