What is Rainbow Six Siege?

Rainbow Six Siege is Ubisoft’s entrance into the competitive FPS market. Rainbow Six Siege was born out of the ashes of Rainbow Six Patriots; a game designed like its Rainbow Six Vegas predecessors. Instead, Siege launched without a campaign, and focused on multiplayer PvP and esports. Siege’s launch trailers boasted fully destructible cover and MOBA-like operators to play. Rainbow Six Siege officially launched in December 2015 to mixed reception.

Ultimately, the game’s launch issue dissuaded much of the genre’s audience away from the game. The issues of net code, low tick rate and other gameplay issues made it less attractive than the alternative releases of the mid-2010s.

However, Rainbow Six Siege is a labor of love. The much-needed TLC the game received during Operation Health in the summer of 2017, combined with free to play weekends makes it one of the most popular titles in the world today.

Why Is Rainbow Six Siege Popular? 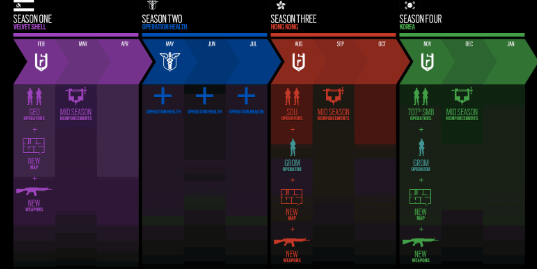 Year 2 Rainbow Six roadmap – where it all changed

Rainbow Six Siege’s gameplay is at the core of its success as a multiplayer title. The multiple levels of strategy, operator variety and different play styles give the game the depth it needs. Unlike other competitive shooters, Rainbow Six has carved its way into the market by blending MOBA elements with intense FPS action. The formula produces unique rounds in every game you play.

The game operates using an attacking and defending half. However, Siege’s twist is on defensive setup. Defenders reinforce walls, barricade doors and use operator gizmos and gadgets tactically. On the other hand, attacker’s bring breaching tools and their own gadgets. Every round offers something unique for both teams to enjoy.

Ubisoft has developed multiple playlists to benefit the casual and the hardcore player. For those wanting quick and easy matches, the Casual queue offers you that. For those wanting the official ruleset without worrying about ELO, Unranked is your choice. Finally, competitive players can queue into Ranked.

Furthermore, Rainbow Six Siege utilizes a yearly content cycle. Typically, every three months, two new operators will be added to the game. Also, a new map or a rework of an old map are introduced a few times a year. This gives the entire product a new breath of fresh air. Their reveals during esport events are some of the most anticipated moments of Ubisoft’s official esports events.

In addition, the game runs on Xbox One, PS4, and PC. This makes it incredibly easy to access for a vast majority of gamers worldwide.

How to play Rainbow Six Siege 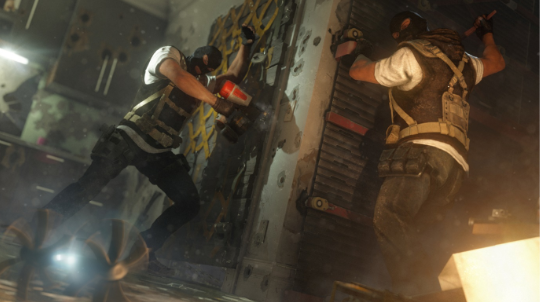 The game fundamentally plays with an attacking side and defending side. Each team plays for four rounds on each side. A game is won when one team reaches four-round wins. In the event of a 3-3 tie, the game will shift into overtime. A further three rounds will play out with both teams switching sides after every round. The first team to score two rounds in overtime wins the match.

In total, there are twelve maps available in Unranked and Ranked game modes. With every new season, the playlist rotates maps. Across each map, the defending team chooses which site they defend. They will then set up a defense strategy based on the operator and site choice.

The attackers will then attempt to take control of the site, depending on the game mode (most commonly bomb). Attackers will take a mixture of soft destruction for non-reinforced structures, hard breachers for reinforced walls and hatches, and other useful utility.

The variance of skill level affects how the map is played. Rainbow Six Siege puts lots of pressure on controlling both horizontal and vertical gameplay. Advanced players will learn how to manipulate floorboards on different stories of the building. This greatly changes how to play the game. This is a tactic that both attackers and defenders use to sneak advantages into their favor.

The esport side has seen so many evolutions to the calendar. In the early days, a Pro League season ran every three months. But now ESL has taken over to establish a Pro League that lasts six months – similar to their CS:GO equivalent. During each six month season, there are direct invite DreamHack events, ESL national events, and other tournament organizers such as Allied, OGA, etc. depending on Ubisoft approval.

In February, the biggest tournament in all of Rainbow Six plays out: The Six Invitational. This tournament is considered the World title event. 16 teams earn their way into the tournament through a variety of ways. Once decided, they compete to earn their right to be crowned World Champion.

2018 continued to be the year of G2 Esports with the introduction of the Six Major series. The second Ubisoft sponsored major that runs in August. The event serves as the esport’s second–biggest event, next to the Six Invitational. G2 Esports once again won that event and carried that momentum to Six Invitational 2019. G2 then won that event, although, new contenders around the world had stepped up. Nowadays, Rainbow Six Esports is open for any team that has the audacity to take it. 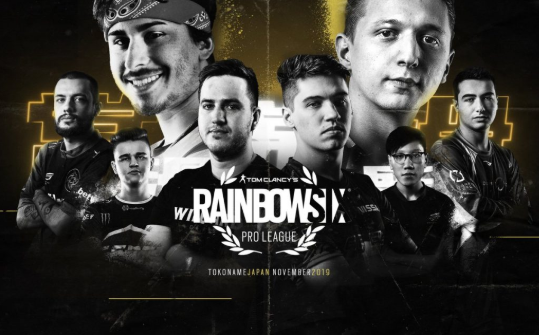 Historically speaking, PENTA Sports (G2’s current team) and Evil Geniuses are the two teams that spring to mind. Their ability to dominate the game in 2018 made them fan favorites, which still resonates today. PENTA’s accomplishment throughout 2017 and 2018 is akin to the NiP domination of the early CS:GO events. Whilst G2 have fallen off their pedestal, fans have retained their hope that one day G2 will climb back into that spotlight.

As for Evil Geniuses, they are one of the first major esport organizations to enter Rainbow Six. Their presence sparked huge excitement for fans of the game, and their commitment to their team is great. They were easily the best North American roster in 2018 and for six months of 2019. Like with G2, they are the fan-favorite and historically the best North American roster. Although, they are in a downward spiral, and fans are feeling the emotions that go with it.

Moving onto today’s era of Rainbow Six, new teams want to claim the right to be the best team in the region, and the world for that matter. Teams like TSM seem to be the team that is aiming to rise and claim 2020 as their own. Although, regional counterpart DarkZero Esports are a team that has improved so much over 2019. They too want their shot. Meanwhile, European Rainbow Six is still the most dominant and successful region. Team Empire and Rogue are two other choices that spring to mind for their mix of online and offline successes. As mentioned, Rainbow Six’s current era is anyone’s game. This reason alone makes it one of the best esports to follow.

With the rise of the game as a viable esport title, the game has seen so many new talents grow into something special. With these new stars combining with the old guard, there are some good choices to list. Here are our five choices in no particular order

Fabian is the best in-game leader to ever grace the game. No Rainbow Six in-game leader has ever seen the success he has, nor likely they ever will. In addition, no other in-game leader will ever dominate the scoreboard as well as he can either. Sure, he has his games where he doesn’t frag, but when he does… Well, it’s simply something to behold. His MVP performance as an in-game leader in the Six invitational 2018 despite shot calling is a testament to his ability in the server.

Whenever someone thinks of the best support player in the world, Goga will most likely show up. A long history of success with G2 has him as the most decorated support on the planet. No one is willing to die and plant for his team as much as he is. Even with his departure from G2 Esports, Goga’s career hasn’t taken a setback. His performance on Team Vitality has made him the most successful defuse planters of Season 11 in Europe.

Team Empires rise to power in 2019 was a sight to witness. They finished second at the Six Invitational 2019, won the Season 9 Finals and the Six Major Raleigh. Whilst it’s easy to say Team Empire’s fraggers are the reason for their success, it is their supports that are the most consistent. Speaking of which, karzheka is the one that stands out the most on the team. karzheka is a solid support operator, with a world–class Echo and Bandit. In Season 11, he and Sheppard are the two players that stand out in terms of stats, with karzheka the most consistent fragger on the team. Is there anything this man can’t do for his team?

In 2019, Hyper entered the spotlight as the best player in North America. He did so on Rise Gaming, the worst team in the Season 9 Pro League. This really is a testament to his ability. Soon after, he was acquired by DarkZero Esports, which has propelled his career to new heights. With Hyper on DarkZero, the team topped the NA standings for the first time as a core roster (SK Gaming and DarkZero). This momentum carried on with them, finishing second in the Season 10 Finals. Even in 2020, Hyper has remained as DZ’s star and they are still performing exceptionally well in their region.

Like with Hyper, Geo earned the spotlight from his time on Evil Geniuses. He is one of the reasons why EG performed so well in 2019. Although, a few hiccups in Season 10 saw him depart the team in favor for TSM. So far in Season 11, Geo has made a huge impact to TSM’s online ability and is a great flex player for them. Arguably, his role in the team has enabled others, and that has made them go from 6th place to 1st in comparison to the previous season. Geo is one to watch for 2020 and beyond.

Rainbow Six Siege has changed so much over the last few years. New teams are coming and challenging the old guard. As for players, they are coming into their own fame. Meanwhile, Ubisoft’s live service esport is only growing stronger for all players. No doubt that excitement is brewing for what Ubisoft have in store for players in the coming future, which only makes the game even more popular.