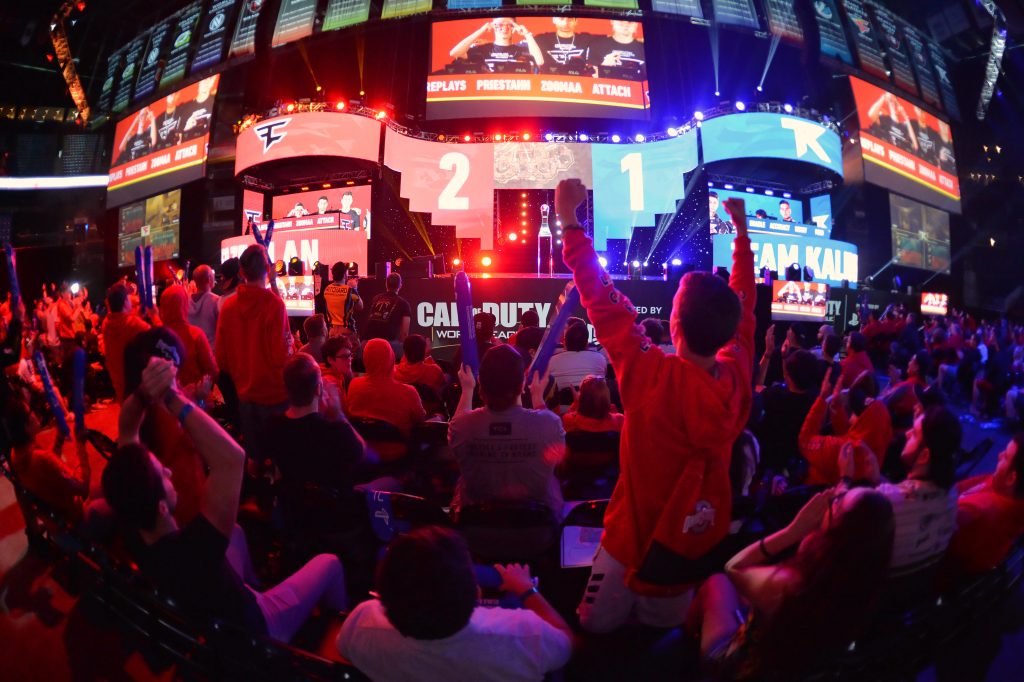 Short for electronic sports, esports is competitive video gaming at the professional level. In the same way that conventional sports like tennis and golf hold tournaments for the top players in the world to compete in for cash prizes and notoriety, esports do the same, bringing individual players or teams of players together to do battle in competitive video games like League of Legends and Overwatch. These competitions are exciting spectator sports whose popularity is sweeping the nation.

Where Can I Watch Esports?

The most common place to watch esports is online. Computers, tablets, mobile devices and smart TVs are all perfect for streaming live events for free online. The most popular streaming services for egaming are currently Twitch.com and YouTube.com. These two streaming networks offer lots of official esports tournaments, archives, and other content about the game and players.

Esports are also making their way onto mainstream television as well. Networks like ESPN and TBS have broadcasted esports coverage and as the popularity of the sport continues to grow, look for televised coverage of it to do the same.

How do I Play Esports?

All of the video games played at the professional level are available to players of all skill levels on your own PC or gaming console. Once you have the console and the game of your choice, you can play the same games featured in esports tournaments around the world.

What Esports are There?

The most popular esports games in recent years are League of Legends (LoL), Call of Duty (CoD), Defense of the Legends 2 (DOTA 2), Overwatch, and the 1998 classic Starcraft. This list includes just a handful of popular games that are featured in esports competitions from a variety of genres including multiplayer online battle arena games, fighting games, first-person shooters, strategy, racing, and sports.

What Esports Should I Play?

Whichever ones you enjoy. The most popular games tend to be multiplayer online battle arena games and first-person shooters, but if you have a knack for sports games like Madden or FIFA or fighters like Street Fighter, focus on those. Choose a game that you like and are good at as one to pursue playing competitively.

It is important to keep in mind that most serious esports players, from part-time players to professionals, focus in on mastering and practicing one single game. Instead of stretching yourself too thin trying to become good at many games, prioritize becoming great at one. This will give you the best chance at succeeding in your top game.

Can I Make a Career Out of Esports?

Like professional sports, only the absolute best players in the world can compete at the highest level. The ease of access to these games makes the possibility of becoming a     professional open to anyone, but only the best of the best will go on to have careers in the field. If you are able to reach a high level in your game of choice, consider starting a Twitch stream to build notoriety for yourself, and look for local tournaments to compete in.

If you decide to devote the time and energy to becoming a professional, be sure to get the right equipment for the job, too. An excellent gaming PC and a comfortable gaming chair can elevate your game to the next level.

How Much do Esports Players Make?

Earnings vary greatly based on the games being played and the size of the team as top prizes are distributed evenly among teammates. Many professional gamers make tens of thousands of dollars a year while the best in the world have amassed millions in career earnings.

How did Esports Start?

Competitive tournaments in video games date back to 1970’s and 1980’s with the world’s top gamers competing for high scores in classic arcade games like Pac-Man and Donkey Kong. Things ramped up in the 1990’s with the help of the internet and more advanced games being released, paving the way for tournaments in games like Quake, Counter Strike and Warcraft.

Esports started to take on more global popularity in the 2000’s with tournaments for games like StarCraft and Warcraft III being shown on television in some parts of the world and being streamed online in others. The United States got a mainstream taste of esports from 2005-2008 when ESPN hosted Madden Nation, a Madden NFL competition.

Online streaming services like Twitch and YouTube Live have helped blow up esports into the phenomenon it is today, making competitive gaming so easily accessible to so many viewers around the world.

What Esports Leagues are There?

There are many esports leagues around the world that are dedicated to specific games. These include the Counter Strike: Global Offensive League, the League of Legends Championship Series, the Overwatch League and the International for the DOTA 2 World Championship. The biggest third-party esports leagues are the Electronic Sports League (ESL) and Major League Gaming.

Are There Seasons in Esports?

Yes. Seasons vary greatly from sport-to-sport, so it is best to research the esports that you are most interested in specifically to find out when their league play runs. Many leagues play out like traditional sports leagues in that there are regular seasons followed by playoffs which crown an eventual league champion. There are also tournaments and invitationals for various sports year-round.

As an example, the newly founded Overwatch league’s regular season runs from January through June, with the postseason taking place from June 17 through July 28.

Will Esports be in the Olympics?

This is a question surrounded by plenty of controversy. Fans and players of esports believe wholeheartedly that their sport belongs in the Olympics, while many others fail to recognize esports as sports at all. This is a debate that will rage on in years to come and would gain even more international attention if the decision to include esports is eventually made.

There have been discussions between the International Olympic Committee and top esports officials. In 2017, the IOC laid out the potential expectation for esports that included a statement that the content of the events must not infringe on Olympic values. With this in mind, some of the most popular games in esports featuring violence might not be approved for play in the Olympics.

It will be very interesting to see if competitive video gaming can make its way into the Olympic games, with current discussions attempting to get esports into the mix at the Paris 2024 Olympics on a demonstration basis.

Who are the Best Players in Esports?

When it comes to total earnings, nothing comes close to outshining DOTA 2 due to the annual “The International” tournament held by the Valve Corporation. The fourth International held in 2014 broke the record for the largest prize pool in esports history at $11 million, and that number steadily grew each year with a prize pool of $18 million in 2015, $20 million in 2016 and $23 million in 2017.

Team Liquid came out on top in 2017, earning the professional esports team an incredible $10,862,683. This win catapulted the team’s players up the leaderboard to become the biggest earners of all-time in esports. These team members include Kuro Takhasomi (KuroKy), Amer Al-Barkawi (Miracle-), Ivan Ivanov (MinD_ContRoL), and Lasse Urpalainen (Matumbaman), who now all have over $3 million in career earnings to their names.

Americans Saahil Arora (UNiVeRse) and Peter Dager (ppd) are the next two names on the top earners list, each with over $2.7 million in total earnings. Arora plays for team Fnatic while Dager plays for OpTic. Rounding out the Top 10 players in the world based on total earnings are Sumail Hassan (SumaiL), Maroun Merhej (GH), Clinton Loomis (Fear), and Li Peng (iceice).

Where are Esports Played?

One of the most exciting things about esports is its worldwide footprint. Tournaments and league events are held in major cities around the world. The International was held at the KeyArena in Seattle, Washington every year from 2012-2017 before being relocated to the Rogers Arena in Vancouver, British Columbia for the 2018 event.

Other
Share
Dave has been a sportswriter for over 10 years and an avid gamer since childhood. His favorite game genres are RPGs and action adventures.