What is Apex Legends? 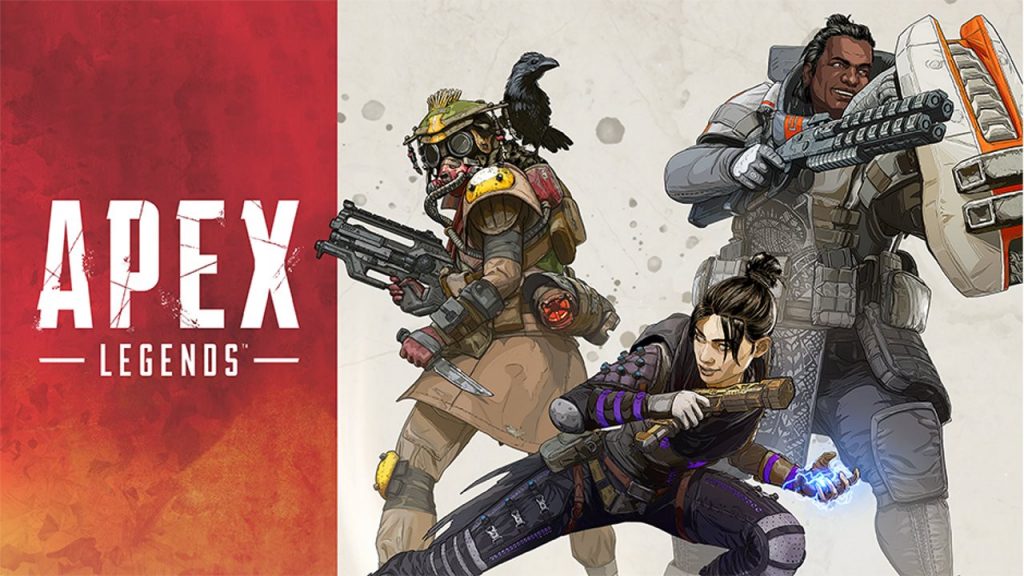 Apex Legends came out of nowhere to dominate the video game scene, racking up 25 million users in one week.

Respawn Entertainment and EA teamed up together to stealthily launch a brand new battle royale shooter, Apex Legends. The internet was buzzing on Super Bowl Sunday, February 3, 2019, as rumors began to surface of a brand new game by Respawn. Tons of online personalities like Benjamin ‘DrLupo’ Lupo, Jack ‘CourageJD’ Dunlap, and Ali ‘Myth’ Kabbani posted pictures of a closed event where invited participants were able to test out Apex Legends. The next day on February 4, 2019, gamers on PC, Xbox One, and PlayStation 4 were able to hop into Apex Legends, for free, and battle it out against players across the world.

For those who are unfamiliar with Respawn Entertainment, the company was formed in 2010 after Infinity Ward fired their President, game director, Co-COO, and CTO Jason West along with CEO and Co-Founder Vince Zampella. West and Zampella paired together to form this new studio, where they went on to develop the Titanfall series alongside Electronic Arts. Later on, in November 2017, EA acquired Respawn Entertainment for $151 million in cash and up to $164 million in equity.

Titanfall and Titanfall 2 were appreciated by critics and had a strong fan base, however, sales were not what Respawn and EA were expecting. Respawn had entertained the idea of Titanfall 3 around 2017, but the increasing popularity in PlayerUnknown’s Battlegrounds and the battle royale genre caught the development studio’s attention. The team already began testing survival game concepts within the Titanfall universe which ran well, so then they began transitioning the concept into the battle royale framework. Once the game began to polish up, Respawn noticed that the advantages of potential revenue through free to play games, like Epic Games’ Fortnite: Battle Royale. By 2018, the development of Titanfall 3 was completely scrapped and the company was fully focused on launching Apex Legends in Q1 of 2019 for free.

How Does Apex Legends Work?

Apex Legends is a free-to-play battle royale first-person shooter developed by Respawn Entertainment and Electronic Arts. Players can play for free on PC through EA’s Origin client, or on Xbox One or PlayStation 4. 20 teams of three drop across the map towards different destinations. Players can only play in trios, as the game automatically pairs players into teams of threes.

Players drop throughout the island as they scavenge for armor, gear, weapons, attachments, and medical supplies. The weapons throughout Apex are from the Titanfall universe, so people who played the series might be a bit familiar with each individual weapon. Each weapon can accept different attachments to help with handling, accuracy, reload speed, and more. The weapon scavenging system can be compared to PlayerUnknown’s Battlegrounds, as players can construct their own type of weapon to work with their play style.

Even though players are put into teams of threes, a microphone isn’t necessarily needed as Respawn has implemented one of the best communication systems to ever be added into a multiplayer video game. The ping system in Apex allows players to target the location of an enemy, weapons, armor, and even an option to suggest the next location the team should rotate to.

Players in Apex Legends have the unique opportunity to respawn, as Respawn has implemented a “down but not out” gameplay mechanic. When a player died, they will drop their inventory in a “death box” along with a “Respawn Beacon”. A teammate then can collect the “Respawn Beacon” and deliver it to a “Respawn Station”, which will bring them back to life.

What are Legends in Apex Legends?

Apex is unique in the fact that there are eight unique Legends for players to select, with their own unique abilities. Each Legend can only be picked once, but with a team of only three, there are a number of compositions that can be created.

Here is a list of all the Legends available:

How Does Apex Legends Make Money?

Players do not need to pay money to play Apex Legends, so of course, there are currencies that players can spend real life money on. All of the purchasable items within Apex Legends are cosmetic, so they do not create an in-game advantage.

Every time a player earns a new level, they are rewarded with “Legend Tokens” and the possibility of an “Apex Pack”. “Apex Packs” are Apex’s version of loot boxes. Tokens can be used towards unlocking other characters like Caustic or Mirage. Once reaching approximately level 23 in Apex Legends, players will earn enough Tokens to unlock one character.

Is There a Competitive Scene for Apex Legends?

It only took Apex Legends seven days to hit 25 million players. Everybody is hopping into this battle royale game based in the Titanfall universe. The game has only been out for less than two weeks, and over 2 million players are on each day.

It was only a matter of days before competitive organizations put out roll calls looking for Apex Legends competitors. NRG Esports was one of the first to place an open call for players and content creators. They then went on to sign Dizzy, who boasted insane numbers as a Wraith main. Other organizations like 100 Thieves, Obey Alliance, Team SoloMid, and Luminosity Gaming are still openly recruiting.

NRG Esports’ KingRichard and Dizzy played with Ninja in the first Apex Legends competition, Twitch Rivals on February 13 and won by 1 point! The trio then went on to play in the $20,000 Code Red tournament hosted by Dr. Disrespect, BoomTV, and Esports Arena on February 16 and won again. As of writing, Dizzy, KingRichard, and Ninja seem to be the best ‘Apex’ Legends trio.

There is no official information available for Respawn and EA hosted tournaments for Apex Legends, but the viewership from Twitch Rivals and the Code Red tournament point towards the development of esports for Apex. The executive producer for Apex Legends, Drew McCoy, did announce that there will be seasons like Fortnite, which will be arriving in March.

Other
Share
Amanda has been a gamer ever since she could wrap her fingers around a controller. Her experiences in the gaming industry range from professional competition participation, corporate marketing, all the way to video game reviews. Amanda's entire life has been dedicated to video games, and now her passion is to share her stories and experiences with readers from around the world! Amanda has previously written for Newegg's Gamecrate, ZAM, and Knowtechie.