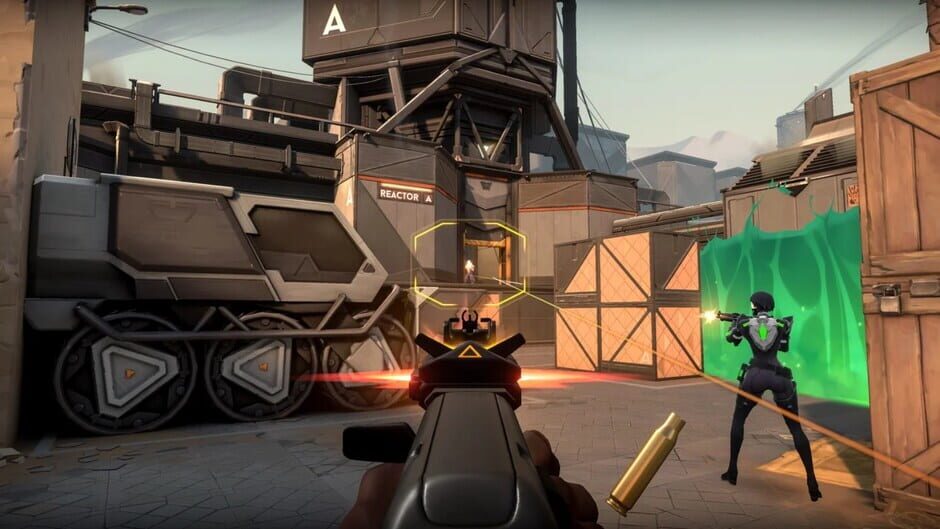 VALORANT has a unique amount of weapons to your disposal. (Photo courtesy Riot Games)

VALORANT features a buy system similar in fashion to Counter-Strike: Global Offensive (CS:GO). This system allows for a diverse set of guns with varying levels of ability and effectiveness, with cheaper guns being less effective and more expensive guns being more effective. With that in mind, here are all of the guns, prices, and stats in VALORANT. 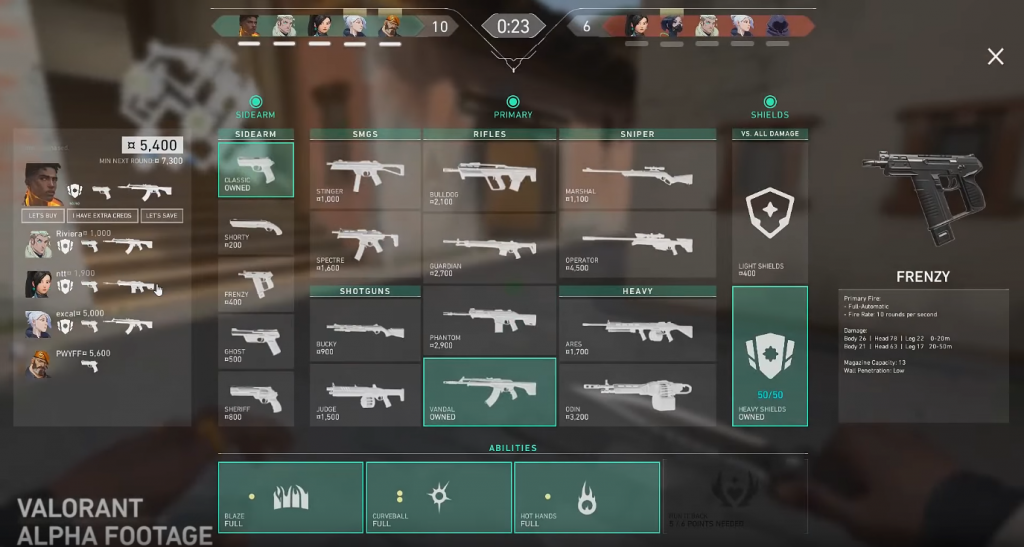 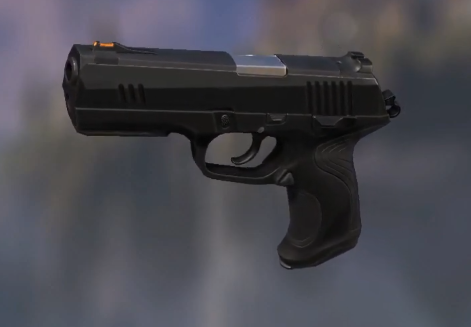 The Classic is the free starter pistol which every player has the option to start the round with. Although it is the free standard pistol, this weapon is still fun to use and effective option, especially in the early rounds of the game.

The Shorty is a sawed off shotgun in VALORANT which costs 200 credits. The gun can fire at 3.3 rounds per second, however you will have to reload after every two shots. This weapon is highly effective up close, especially when a player can land headshots. This might be a good weapon to buy if you bought a longer range sniper or battle rifle and want a cheap side arm that can operate in close quarters. 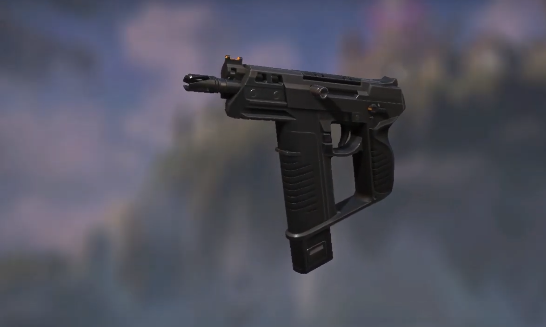 The Frenzy is a machine pistol that costs 400 credits. The Frenzy can fire 10 rounds per second, making it a highly effective weapon if you can control its significant recoil. With a clip of 13 bullets, it only takes just over a second to burn through your entire magazine, so this weapon will definitely be a challenge to master.

The Ghost is the VALORANT version of the silenced pistol and costs 500 credits. The weapon features a suppressor and fires at 6.75 rounds per second and has a 15 round magazine capacity. In many ways, this weapon is the upgraded version of the Classic. Although it is similar in form and function to the Classic, the Ghost deals more damage, has a higher magazine capacity, and penetrates walls better.

The Ghost is essentially a stealth player’s dream sidearm and might be a great weapon to combine with agent’s who benefit from stealth. 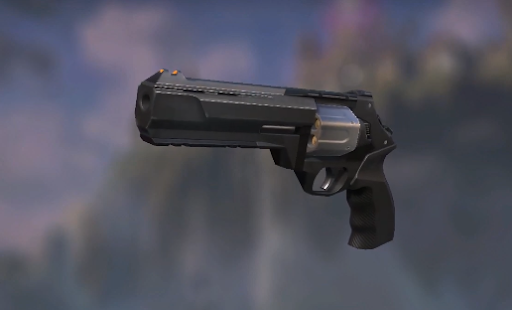 The Bucky shotgun costs 900 credits. The Bucky is a semi-automatic shotgun which can fire at a 1.1 round per second rate and has a magazine capacity of 5 shots. It also features an alternate fire which blasts an Air Burst at opponents. This weapon fires pretty slowly and will likely be outclassed by the majority of primary weapons available in VALORANT.

The Bucky might make sense to buy in some situations, but generally this weapon won’t be on top of most people’s list of favorite weapons in VALORANT.

The Judge is VALORANT’s fully automatic shotgun which costs 1,500 credits to purchase. This weapon is capable of firing 3.5 rounds per second. It features a seven round magazine and unlike the Bucky has the capability to penetrate walls. The Judge does come with significant recoil, so it will be important to master its recoil to use this weapon effectively. 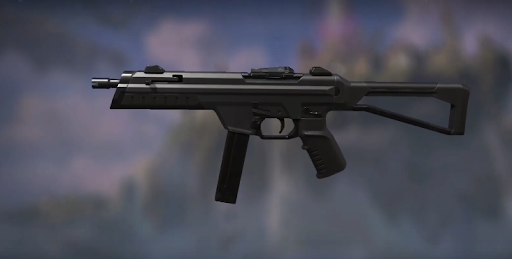 The Stinger is a high damage SMG which costs 1000 credits. The Stinger is fully automatic and can fire up to 18 rounds per second. The biggest drawback to this weapon is that it only has a 20 round magazine capacity. The Stinger comes equipped with an alternate 1.15x zoom mode which fires 4-round bursts. The fire rate on the alternate fire is 4 rounds/second.

The Spectre is a fully-automatic silenced SMG which can be purchased for 1,600 credits. The Spectre features a 30 round magazine capacity. The weapon fires 13.33 rounds per second and also comes with a 1.15x zoom mode which decreases the spread of the weapon. The gun fires at a slightly slower 12 rounds per second while using the alternate fire mode.

This gun is similar to an M4A1-S from Counter-Strike. The recoil feels very manageable and it is decently versatile.

The Bulldog is a fully automatic bullpup rifle which costs 2,100 credits to purchase. The weapon fires 9.15 rounds per second and features a magazine capacity of 24 rounds. The Bulldog features an alternate fire 1.25x zoom burst mode, which fires at 4 rounds/sec.

There is no damage fall off for the Bulldog. Regardless of the distance to your target, this weapon will deal 35 damage to the body, 116 damage to the head, and 30 damage to the leg. Additionally, this rifle is classified for medium wall penetration. This gun feels very much like a standard tactical shooter assault rifle which is designed to be highly effective at medium range and has the potential to kill in a single headshot. 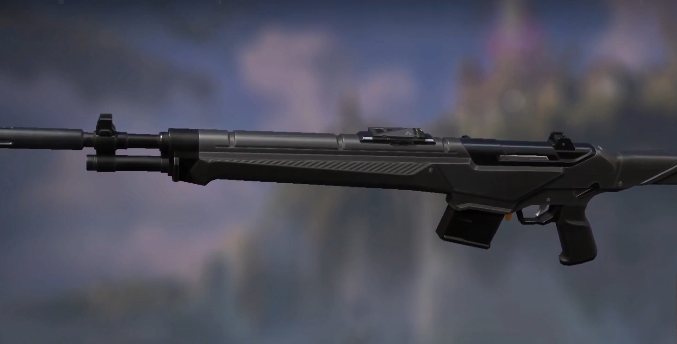 The Guardian is a semi-automatic battle rifle which costs 2,700 credits. This weapon is intended for longer range use, featuring a relatively slow 6.5 rounds per second fire rate and a low magazine capacity of 12. The alternate fire offers a 1.5x zoom with a reduction in bullet spread. Additionally, this weapon is rated for medium wall penetration.

The Phantom is the fully automatic rifle in VALORANT which costs 2,900 credits to buy. This gun features a 30 round magazine capacity, and like the other rifles is rated for medium wall penetration. The Phantom can fire at 11 rounds per second and features an aim-down-site 1.25x zoom mode similar to the other rifles. While in the zoomed mode, the fire rate for the Phantom is reduced to 9.9 rounds per second.

The Vandal is a standard fully automatic assault rifle which costs 2,900 credits to buy in VALORANT. The Vandal features a slower fire rate than the Phantom, firing at 9.25 rounds per second for its primary fire, and firing at 8.32 seconds for its alternate fire. This gun once again features a 1.25x zoom aim-down-site for its alternate fire. The Vandal has a magazine capacity of 25 and is capable of medium wall penetration.

This gun is the same price and has similar stats to the Phantom. Selecting between the Vandal and Phantom gun come down to player preference. The spray pattern on the Phantom is very easy to learn, since it essentially kicks straight up for a few moments and then kicks slightly left.

The Marshal is the cheapest sniper in VALORANT, costing only 1,100 dollars. This gun’s damage model is similar to the Scout sniper rifle in CS:GO. Although this weapon only has a magazine capacity of five, this weapon is highly effective if players can land their headshots.

This gun features a 2.5x zoom scope, but can also be fired with high accuracy in its unzoomed form. This weapon will deal 101 damage to the body, 202 damage to the head, and 85 damage to the leg. The Marshal can kill players without armor in a single body shot, so it can be effective against teams who are on a low eco-round.

The operator is the heavy sniper of VALORANT and costs a hefty 4,500 credits. This sniper rifle fires at a very slow .75 rounds per second. The alternative fire features a 2.5x and a 5x double zoom mode. This weapon will deal 150 damage to the body, 255 damage to the head, and 127 damage to the leg.

This weapon will one shot most opponents to either the head or the body. The Operator is most similar in function to the AWP from CS:GO.

The Ares is a fully automatic large-machine gun which costs 1700 credits. This weapon features a large 50 round magazine and is one of the few guns in VALORANT that features high wall penetration abilities. The Ares has a variable fire rate which starts at 10 rounds per second and will increase to 13 rounds per second while being continually fired. The Ares is also equipped with a 1.25x sight. 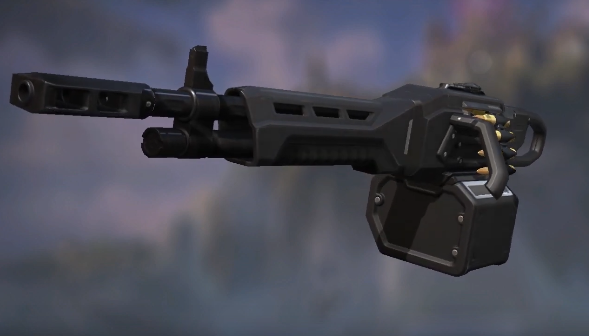 The Odin is a fully automatic large-machine gun which costs 3,200 credits. This LMG has a generous 100 round magazine and its fire rate increases from 12 to 15.6 rounds per second when continuously fired. While using this weapon’s 1.25x zoom mode, this weapon fires at 15.6 rounds per second. It will likely make sense to zoom while using this gun, if players want to take advantage of that increased fire rate.

The weapons in VALORANT are all unique and interesting to use. Remember that each different gun will feature a separate recoil pattern, so learning to use all of these weapons will definitely be a challenge.