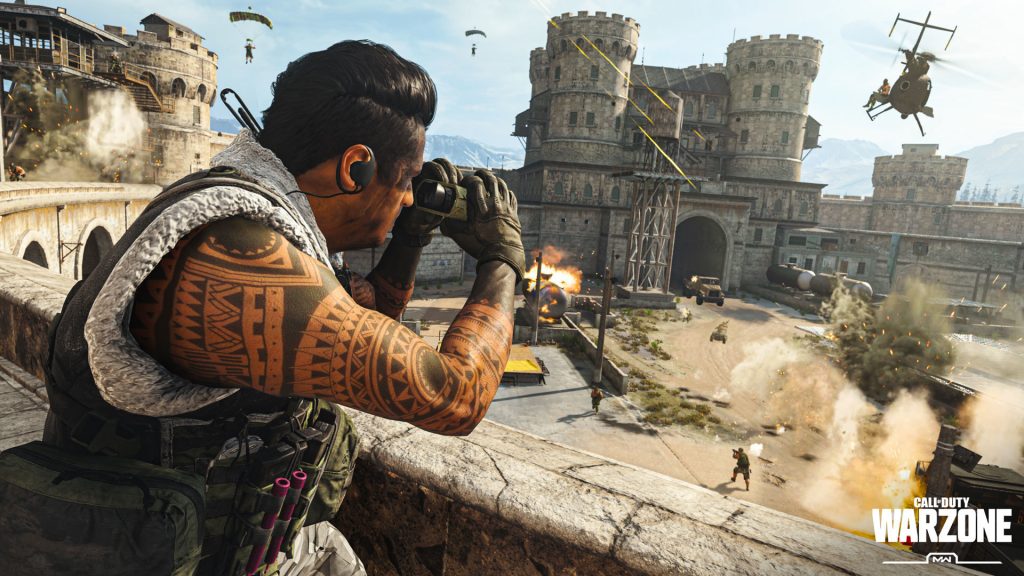 The economy in Warzone dramatically sets it apart from the rest. (Photo courtesy Infinity Ward)

Call of Duty: Warzone features a monetary system that is not present in any other battle royale title. Players can find and earn cash that can then be used to purchase useful items and equipment. Cash can also be spent to get custom loadouts and even revive dead teammates.

This guide will help you understand how to earn and use cash in Call of Duty: Warzone.

Every player starts with $0 in cash and must find it or earn it. Various amounts of cash can be found around the map and inside loot crates. Higher level loot crates tend to drop larger amounts, players should always keep an eye out for these rare items.

The size of the cash stack will vary depending on how much is in the stack, so players should keep their eyes open for smaller stacks that are slightly harder to see. Once players have a solid amount of money they can spend it at Buy Stations which are scattered throughout the map.

There are several fun and challenging ways to earn money in Warzone. The game features a contract system which requires certain things to be done for a prize. The reward for completing a contract range from cash to weapon XP. There are three types of contracts players can find: bounties, scavenger contracts, and recon contracts.

Bounties mark another squad’s location on the map and players must eliminate them to receive the prize. The squad that is marked will receive a notification that they are being hunted, so players chasing a bounty should expect a fight.

Scavenger contracts require players to open and find a series of crates to complete the challenge. Each crate has weapons and items players can use, and the last couple of crates usually contain powerful rare weapons.

Recon contracts mark various locations around the map that players must stand in and capture. This type of contract is very risky because once a friendly player steps into the marked area, a flare will shoot into the sky which all enemies in the area can see. As a bonus reward for the high-risk contract, players will also see where the next safe area will be. 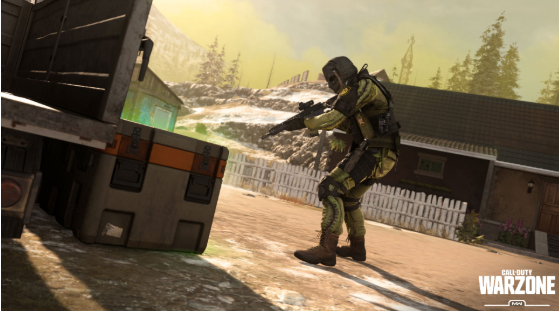 Buy stations are scattered throughout the Warzone map and allow players to purchase killstreaks and equipment. Killstreaks do not need to be earned after purchased and are immediately available for players to use. Here is a breakdown of every item currently available at a Buy Station:

The armor plate bundle is the cheapest option in a Buy Station and supplies players with five armor pieces. Players can equip three armor pieces at one time and carry a maximum of five. Each armor plate provides an extra 50 points of protection so players should always have a few in their inventory.

The shield turret is the cheapest killstreak available at a Buy Station and is a deployable turret that players can operate. The shield has metal plating which provides limited cover so players should avoid placing the turret in locations without any other cover.

Players can target a specific location with the cluster strike which drops several bombs on the designated location. A well-placed cluster strike can eliminate an entire squad or provide cover for a team retreating from a dangerous area.

Gas masks allows players to remain in the gas for 12 seconds without taking damage. Players do not need to activate the mask and it will break automatically after 12 seconds of use. Every player should find or purchase a gas mask as soon as possible to avoid an untimely death as the gas closes in.

UAV’s have been a staple of Call of Duty since their first appearance in the original Modern Warfare. The UAVs in Warzone provide enemy locations within the immediate area and are dynamically updated as the player moves around the map. If all three teammates activate a UAV at the same time it will turn into an advanced UAV which marks every enemy on the map.

The advanced UAV also shows which way the enemy is facing at any given moment which provides a huge advantage.

The UAV is one of the strongest killstreaks available in Warzone, so players should purchase one if they have the money available.

When a player is knocked down their squad can pick them up for a limited time. This is not always an option, however, which is where the self-revive kit comes in. The kit allows players to revive themselves if they are knocked down and avoid going to The Gulag or dying. The kit takes a few seconds to work and lets players get back into the action quickly. A revive kit is always a good item for players to have in their inventory. 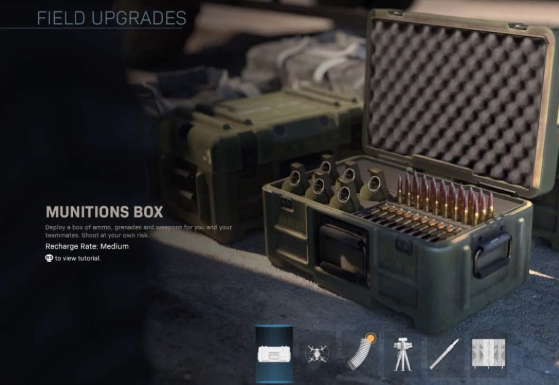 The munitions box is a placeable item that provides enough ammo and equipment to restock an entire squad. Players need to be careful around the box, however, as it can be shot and blown up which causes damage to all players in the immediate area. The munitions box is not as fancy as the other items available in Buy Stations, but it can keep a squad stocked after several gunfights.

The loadout drop marker is the most expensive item available at Buy stations and for good reason. The care package allows access to custom loadouts which can be customized in the Warzone main menu. Players can setup several loadouts and select whichever they need for their specific situation. Multiple players can use the crate to select their loadout, so only one is needed per squad.

Players can revive their dead teammates at Buy Stations with the Squad Buyback option. Dead players will go to The Gulag after their first death where they will be put into a 1v1 against another dead player. Whoever wins will be returned to the match free of charge. The loser will not return, and their squad must revive them at a Buy Station.

If a player dies again after coming back from The Gulag, they will have to be revived at a Buy Station. 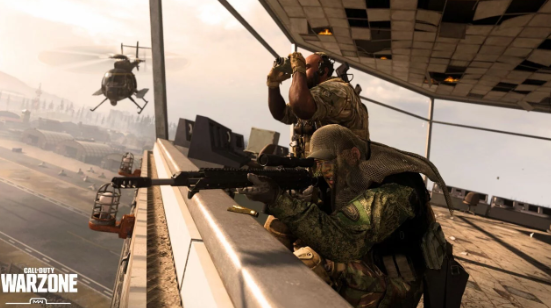 There are several things available for purchase at a Buy Station and players should work together to get the most beneficial items for the team. Every player should always have full armor if possible, so buying an Armor Plate Bundle for a squad mate is not a bad idea. A Loadout Drop Marker can also be used by every member of a squad, so combining cash to afford the care package will make the entire team stronger.

The Monetary system in Call of Duty: Warzone is a major part of the game and can greatly impact how far a team makes it in a match. Squads who remember to spend their money wisely and as a team will have a much better shot at victory than a squad full of selfish players.