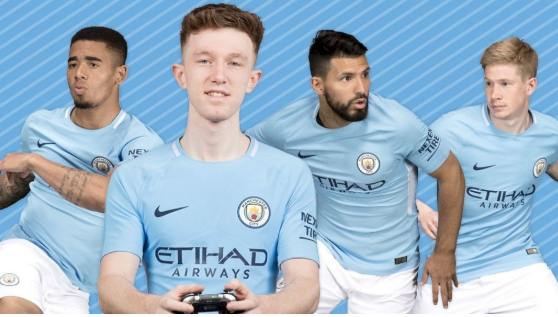 Manchester City was one of the early football teams to enter esports with a FIFA squad. (AP Photo/Mark J. Terrill)

The arrival of traditional sports teams and ownership groups into the esports space over the last five years has been greeted with great applause. The idea that mainstream sports is finally interested in our beloved hobby and wants to support teams on their road to success fills us with pride.

Esports is no longer a niche. In the space of a decade, esports has gone from being an underground hobby to a mainstream industry. There  are more tournaments than ever before, production costs are lower thanks to the arrival of streaming services like Twitch, and most major esports developers now directly oversee their own esports scenes.

Traditional sports teams are now knocking on the door keen to get a piece of the action. Whether it’s taking a slot in the LCS or buying a seat at the Overwatch League table, they’re bringing in capital the likes of which we’ve never seen before. But how and when did the trend begin, and why are they so interested in esports? Those are the questions we’re here to answer.

How the Crossover Began

So when did it all begin? Well, in 2015, Turkish football team Besiktas made history by becoming the first traditional sports team to invest in esports. Besiktas recruited AcesHigh, a rising Turkish League of Legends team to represent them, and it wasn’t long before other football teams followed. Later that year, German Bundesliga’s Wolfsburg FC joined the fray by recruiting FIFA player Benedict “Salz0r” Saltzer, with Spanish basketball team Saski Baskonia taking it one step further by merging with Atlantis, a promising multigaming organisation in Spain. Meanwhile in Brazil, Santos FC merged with Dexterity Team, rebranding all four of their squads to Santos Dexterity. At this point in time it was baby steps, and all four teams only invested domestically.  However, by the end of 2016 the following year, things would change dramatically.

British Premier League teams Manchester City and West Ham entered FIFA, while Germany’s Schalke 06 made an even bolder statement by buying Elements’ slot in the EU League of Legends Championship Series (EU LCS). Although they were not the biggest news stories of the year. In the fall of 2016, both NBA’s Philadelphia 76ers and the highly affluent French football team Paris Saint-Germain joined forces with established esports organisations; 76ers with Team Dignitas and PSG with Millenium.

They were landmark deals, and since then, the NBA’s Houston Rockets, Golden State Warriors, Sacramento Kings and the Cleveland Cavaliers have all joined the esports party bus, investing into both League of Legends and NBA 2K. Even retired NBA legend Shaquille O’Neal and baseball superstar Alex Rodriguez got in on the action by investing in L.A. based team NRG Esports. So the question is why are traditional sports teams so hot for esports, and why now? 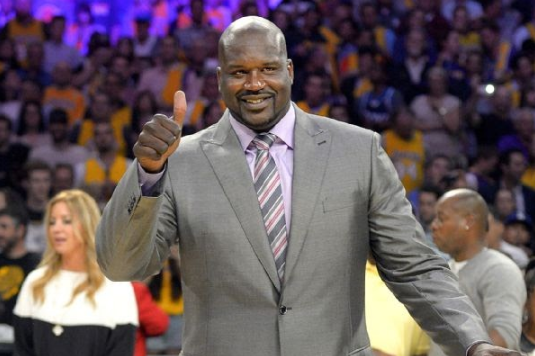 Sticking with televised traditional sports in North America, there is a growing fear that the audience is dwindling and dividing their attention, and that’s definitely more fact than fiction. A study by the Sports Business Journal into the average age of TV viewers by sport published in 2017, revealed that the audience for the NBA, NFL, NHL and MLB are all ageing. The average age of an NFL fan in 2000 was 44, but 50 in 2016. The National Hockey League has seen an even more drastic change, with the average viewer on TV jumping from 33 years old in 2000, to 49 by 2016 according to the study.  Meanwhile the average age of an NBA watcher on TV was 40 in 2000, increasing to 42 by 2016.

The trend is the reality that traditional sports leagues and teams are facing. TV viewer numbers are dropping, and they have realized they need to adapt to the consumption patterns of the younger generations, particularly millennials (born between 1981 and 1996). In the U.S., millennials represent 25% of the population, and experts predict that by the end of 2020, millenials will represent 35% of the global workforce. Fun fact: Chinese millennials outnumber the entire population of the United States. In other words, they’re kind of a big deal, but appealing to them is more of a challenge than it was for their parents.

Reaching Millennials is a Must

Millennials have grown up with the internet, are generally tech-savvy, environmentally conscious and progressive. They have grown up with video sharing and video-on-demand platforms such as YouTube and Netflix, streaming services such as Twitch and Spotify, not to mention a whole network of social media platforms; Twitter, Facebook, Instagram, and once upon a team even MySpace. 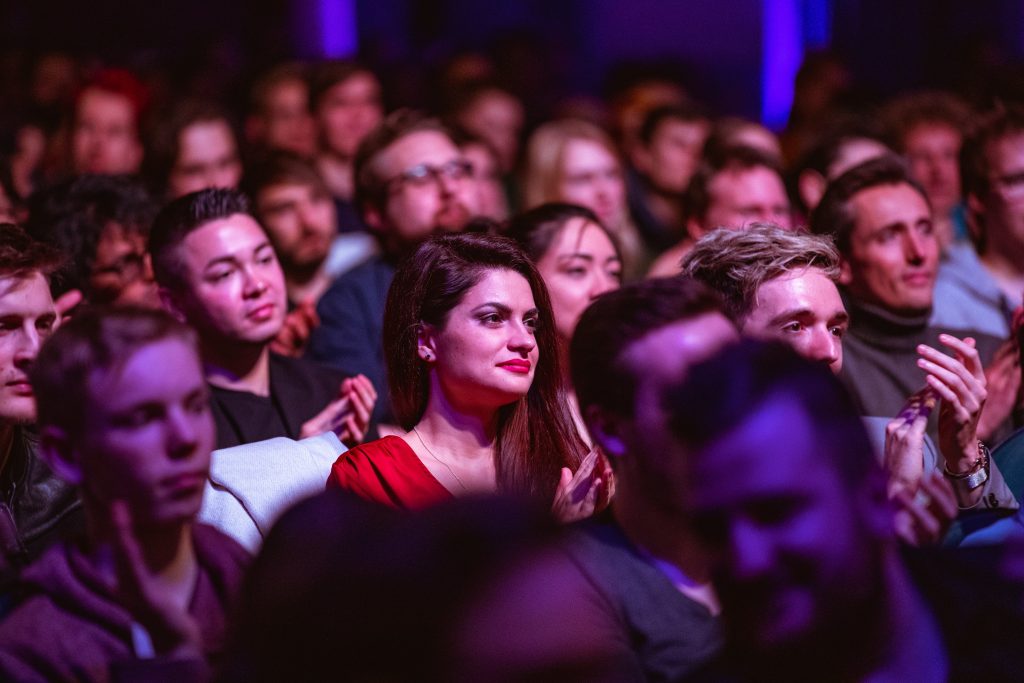 Millennials consumption of media is fragmented, and reaching them is not simply a case of throwing an ad on a TV channel and hoping for the best.  Millenials want on-demand content right at their fingertips, content that does not come with a hefty subscription fee, which is why many traditional sports teams now have YouTube channels and Instagram accounts posting updates, interviews and clips surrounding the team between matches.

Traditional sports teams, in order to maintain popularity and essentially their business livelihood, need to try to reach millenials, and the fact of the matter is the majority of esports fans… are millennials.  According to research by Activate in 2018, 62% of U.S. esports viewers are aged 18 to 34, compared to 46% for soccer and 36% for basketball. There is of course major crossover, fans who watch both sports and esports, but there is undoubtedly a growing untapped audience that primarily consumes esports content. That untouchable millennial audience is exactly who traditional sports teams are hoping to reach by investing in esports now. 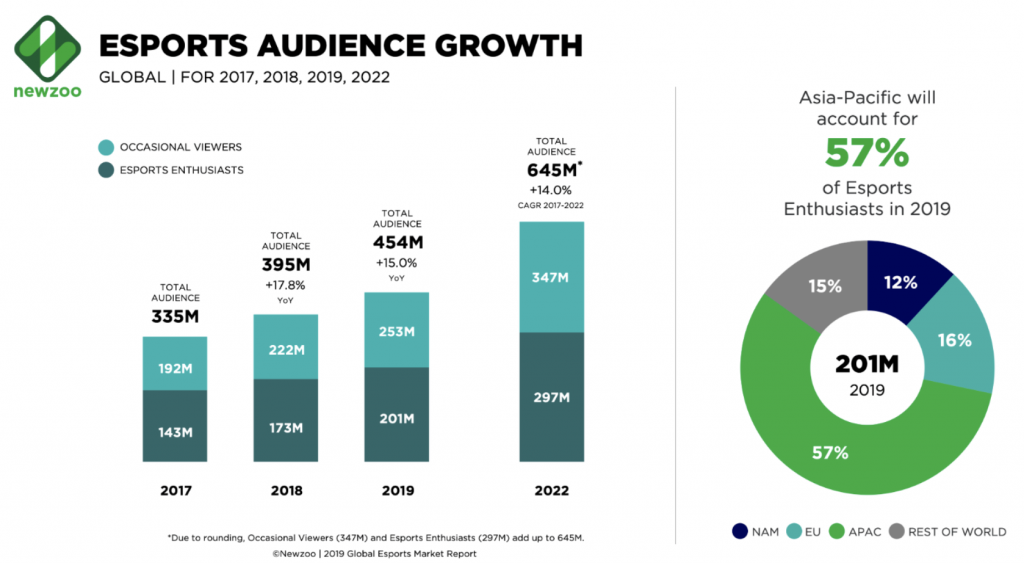 Although many of us may firmly believe that esports can match traditional sports for hype and entertainment, we would be mistaken if we believed it was anywhere close to its level of revenue. According to Newzoo, global esports revenue in 2019 was just over $1 billion, a figure which seems immense on its own, but when compared to the $71 billion the NA sports market made alone in 2018, according to Statista, it’s almost laughable. Esports is not a lucrative market yet for traditional sports teams, but they are investing in the future.

Esports revenue is low at the moment but it’s increasing at a rate of knots thanks to larger scale investments, lucrative broadcast sponsorship deals, in-game microtransactions, merchandise and more. Publishers involvement in their own games’ esports scenes has allowed for sustainable and healthier ecosystems such as in Rainbow Six Siege and League of Legends, and the franchise league trend has made long-term investments less risky. 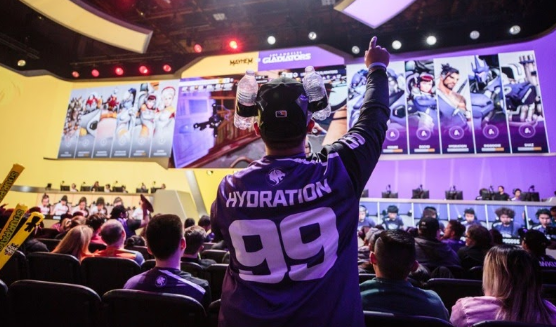 An Investment for the Future

Investing into an esports team you know will be in a league for 6-12 months regardless of results is undoubtedly more enticing than investing into a promising stack who may disband after a month due to internal issues. Plus, with the LCS adopting a revenue sharing model, it means as the league grows, the participating teams get a share of future profits. Blizzard Entertainment even managed to attract big time sports investors for their Overwatch League before it even started, with New York Mets and New England Patriots owning New York Excelsior and Boston Uprising respectively.

For now though, investing into esports definitely does not equal a massive instant payout for sports teams, but it does ensure exposure, and viewership for esports is booming. Valve’s Dota 2 event The International peaked at a record-breaking 1.1 million concurrent viewers on Twitch in August 2019, only to then be beaten three months later by League of Legends’ World Championships which hit 1.6 million. In 2020, other games are also seeing huge surge in viewer numbers for esports tournaments, for example, in Counter-Strike: Global Offensive (ESL One Katowice) and Rainbow Six Siege (Six Invitational). 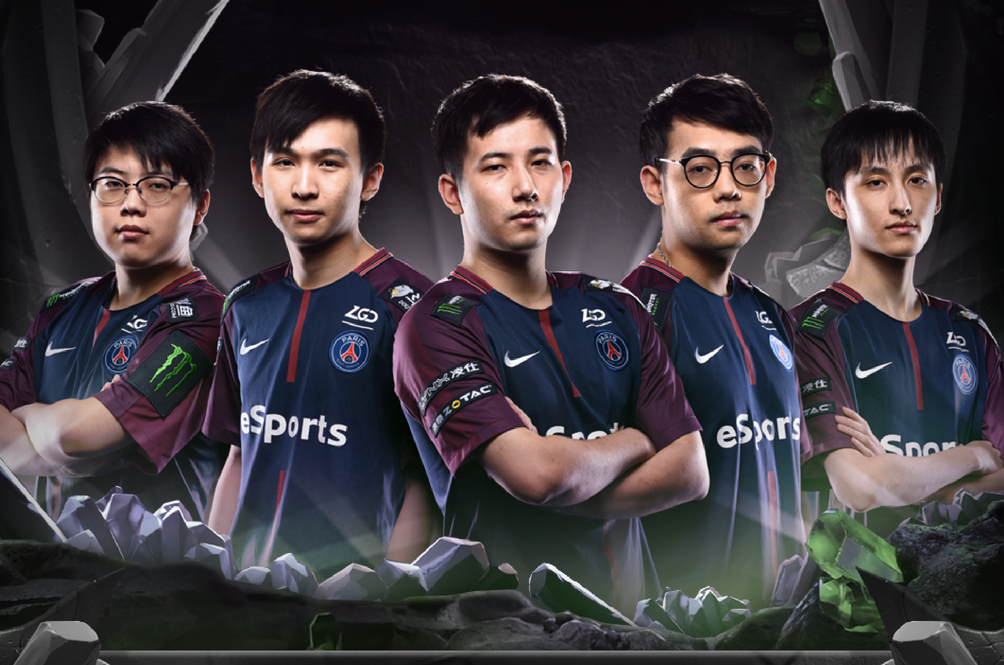 For traditional sports teams there are also crossover benefits on top of reaching the millennial audience. Sports teams will have another string to their bow if they have an esports team. For example, it can open up new sponsorship opportunities, such as the one Manchester City FC secured with Turtle Beach, a gaming headset company. With consumer brands becoming increasingly interested in esports, these opportunities will multiply. We’ve already seen a huge interest from the automotive industry, with Honda, Nissan, Audi, BMW and Kia Motors all announcing new esports team sponsorships in 2019.

Furthermore, dual ownership with a successful esports organisation can not only give sports teams a head start in the space, but also help to build their brand in a target market. Paris Saint-Germain FC partnership with Chinese giants LGD Gaming in Dota 2 is one such example. For esports teams forming an alliance with a sports team can open doors not only to capital, but also to state-of-the-art training facilities and new potential contacts. 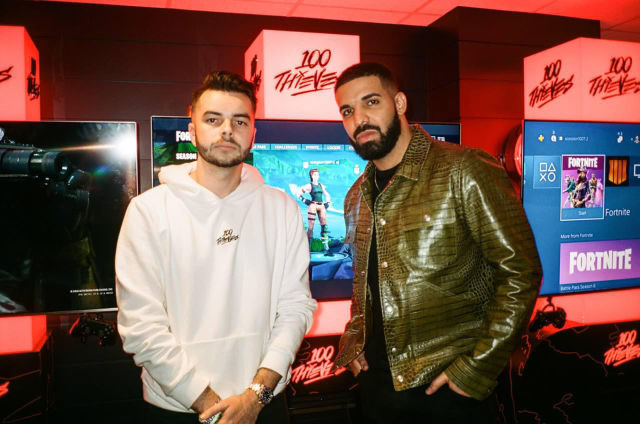 Traditional sports teams are here to stay, and from what we’ve seen so far their involvement will take esports to the next level, introducing a new level of professionalism and business acumen. Investments from celebrities and corporate backers are also becoming commonplace, and attracting mainstream attention. Michael Jordan, Will Smith, Drake, P.Diddy, Kevin Durant and Stephen Curry are just a few celebrity investors, and the numbers are only going to increase from here on out.