The Roles Within Roles in League of Legends 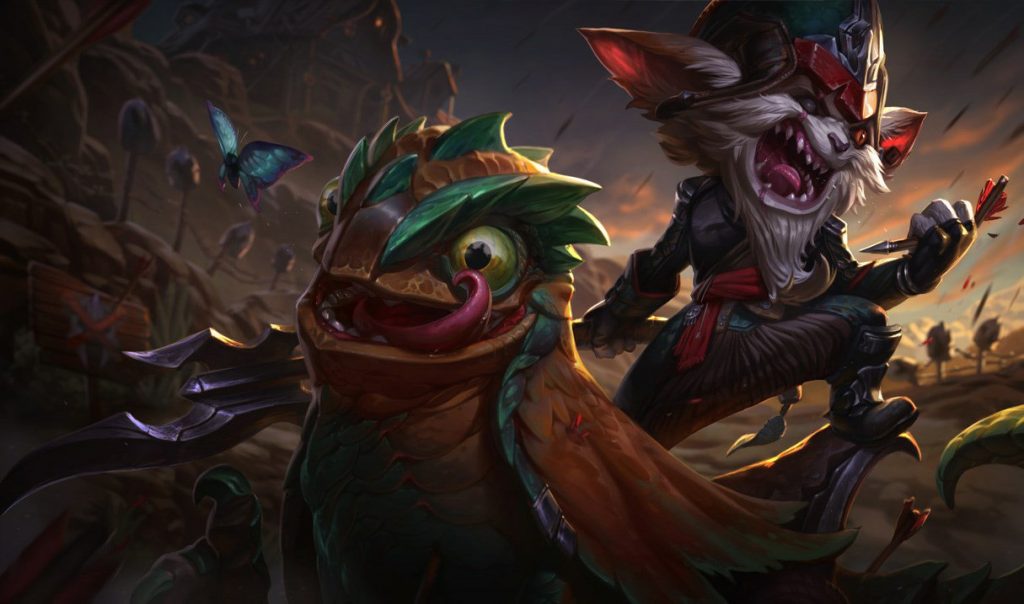 If you are looking for a top lane split pusher, Kled is a perfect champion for you (Image via Riot Games)

We’ve covered the basic definition of roles and how to play each in League of Legends: Top, Jungle, Mid, Bot, and Support. Here we take a step further and go over some of the roles within those roles and some champions that fit these sub-roles.

Split pushers exist in side lanes, attempting to capitalize on their dueling power to do one of two things. If left 1v1, they ideally are able to overpower any champion for a kill. If they draw more than one enemy, the rest of the split pusher’s team can force an objective. Split pushers rarely look to group up, only showing up if they can clean up kills after a fight has started. 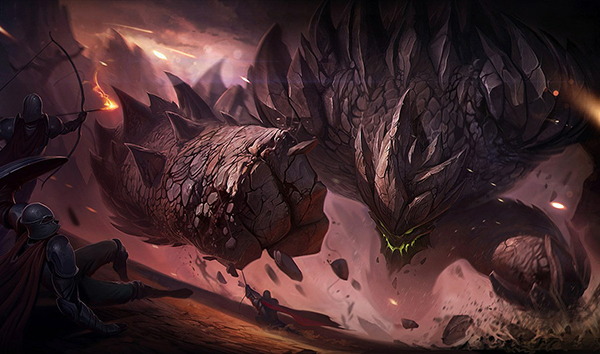 Tanks are generally sent top to survive the laning phase until team fights. They don’t do the best in 1v1 situations, but because of their health and resistances, they can survive the longer lane better than squishy champions. Tanks can set up well for ganks because they are often loaded with crowd control and the top is a long lane.

Bruisers are a mix of tankiness and damage in the top lane. Often they are strong in the early laning phase and build damage early. As their impact falls off, they start to build tanky items to survive fights. Bruisers like to hit one item power spikes and battle it out in skirmishes. 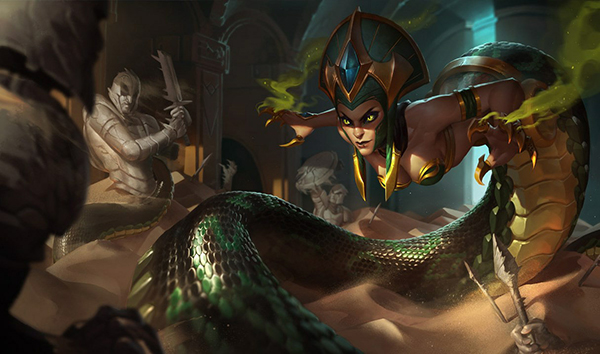 AP champions are taken top usually because the team composition is AD-heavy everywhere else. That is not to say that AP champions cannot thrive top, as they often have very good poke damage. Most will attempt to use waveclear to survive the lane as a squishy champion and transition to team fights later in the game.

Ranged lane bullies are picked to win their lane matchup. They often do not transition as well later in the game as the trade-off for their early game dominance. They are often used to counter melee matchups top lane to try to snowball a large early lead.

Support top laners are most often used to support a hypercarry of some kind. They are usually ranged and can poke down melee top laners early. Supports are highly susceptible to early ganks, but transition well later if they have strong enough allies to buff up. 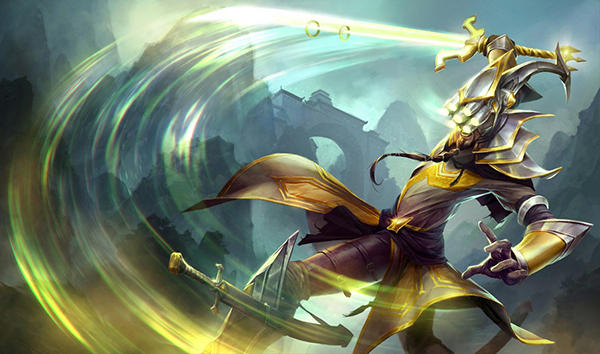 These champions have the same general play pattern as top lane split pushers. Instead of trying to survive laning phase, they power farm their jungle early. Laners have to be careful early as split push junglers often do not have an early influence on the game.

Tank junglers are weak in the early game — like tank top laners — and are vulnerable to invades early. However, they are often great at ganking and scale well as the game progresses and they get more tank items. 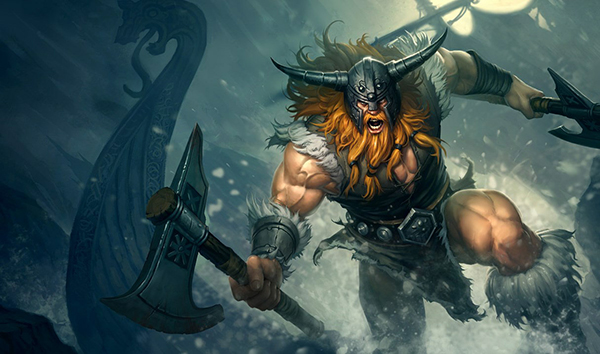 Jungle bruisers function the same way as top lane bruisers. They want to build damage early to take advantage of their early gank strength. As the laning phase ends, they prioritize tanky items to survive in team fights. Their lower economy often forces them to prioritize health over resistances.

These are AD heavy champions that can carry out of the jungle. They won’t offer the tankiness of other junglers, but they are often strong early and do well in skirmishes. AD junglers are good for aggressive players and are typically at high health throughout their jungle clears.

Uncommon like top laners, AP junglers are also often picked because the team composition needs an extra kick of magic damage. AP junglers are very squishy as well and are often used to set up picks on the enemy. They thrive in small skirmishes and ganking. 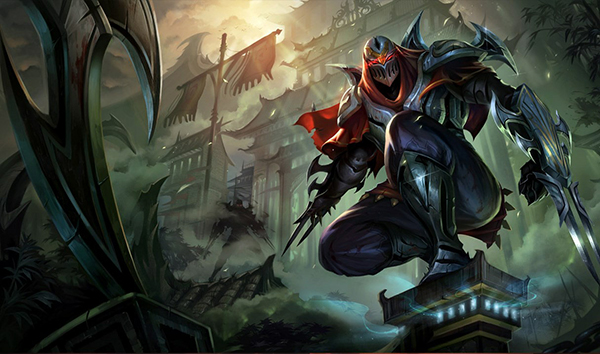 Traditionally, you see magic damage coming from the mid lane, so these picks are often compensated with magic damage elsewhere in the composition. AD assassins look to take advantage of squishy champions with low mobility in the mid lane to try to find kills early and roam.

AP assassins — like AD assassins — also prey on the squishy champions mid lane but are more reliant on their abilities and levels to ramp up. They take a bit longer to ramp up, but also tend to have safer ways to get out of fights later in the game. In addition to being weaker early, AP assassins also typically lack waveclear, often problematic when the team is behind.

Control mage is the classic class of mid laners. They possess waveclear, hold up in lane, and scale well throughout the game. Control mages are a great backline presence to output semi-consistent magic damage and control zones of the map for your team in fights. 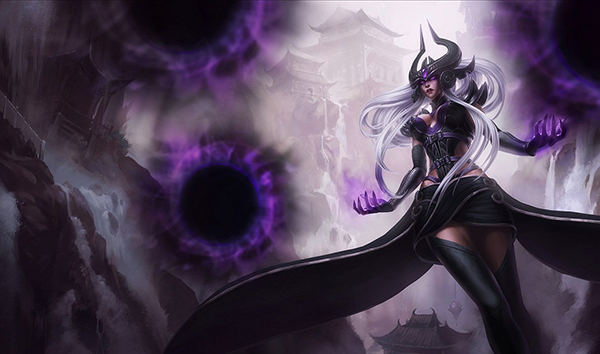 Burst mages look to dump their damage in one spell rotation to zero out one or more champions. They differ from control mages in that they have less consistent damage. Burst mages pick their one opening in a fight and commit their entire burst. It also makes them potent laners when they hit level 6 and unlock their ultimate.

Poke mages use their long-range spells to try to poke out enemy champions from being able to fight. They typically have great waveclear and can contribute to fights when ahead or behind. They struggle against hard engage from enemies — due to their limited mobility like control mages.

Support mid laners are often chosen to augment a hypercarry pick on the team. By taking the gold from mid lane, they are able to provide stronger shields and heals and add an even stronger layer of protection to a teammate. They often lack the same damage as other mid laners, but offer some waveclear. 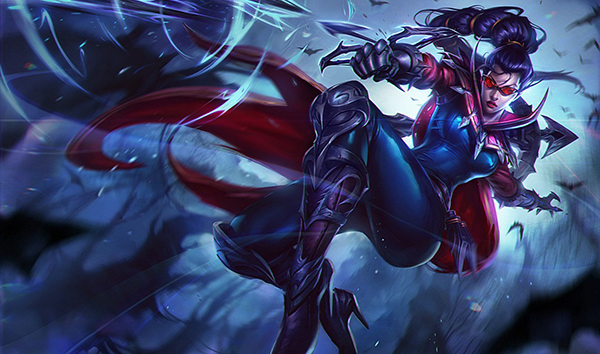 Hyperscaling ADCs get disproportionately stronger as they get items. They have glaring weaknesses in the early game that are exploitable during the lane phase — notably lack of range. However if they make it to the late game and get proper peel, their damage output is unrivaled.

These ADCs thrive off a one-item power spike early in the game. When they get this item (Lucian’s Blade of the Ruined King, Ezreal’s Trinity Force, Miss Fortune’s Essence Reaver), their team will look to force fights whenever possible around objectives. They also do well in lane, given their early game nature. 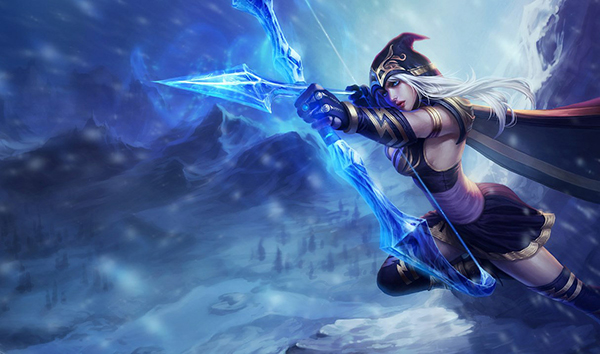 These champions all have an initiation tool, very rare for an ADC. That makes them a great pick to cover for other roles. On the downside, they have limited mobility and can be easily targeted in team fights and in lane. But by nature of being utility, they always bring something positive to team fights for their teams.

Melee carries are much rarer in bot lane but still are viable for patches at a time. They are picked almost entirely for their kill threat in bot lane, as it can be difficult to play them from behind. These picks are stronger if a ranged ADC is picked in another role so that the team does not lack in siege potential later in the game.

AP champions in bot lane are uncommon but made an appearance during season 8. They are best paired with a heavy engage support that can attempt to blow up one of the enemy bot laners. Playing AP bot lane allows more flexibility in loading up on AD damage in roles like mid and jungle. 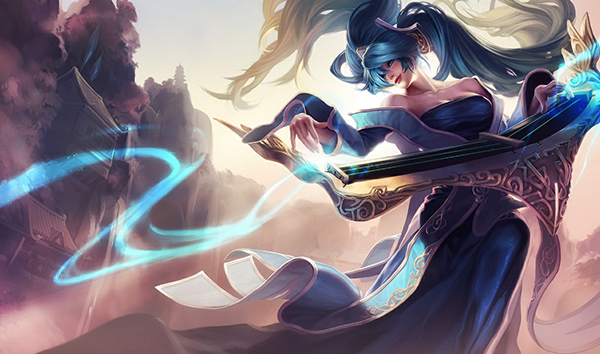 Enchanters exist to heal, shield, and buff up their teammates. They often do well in laning phase because they are ranged and add good sustain to their carries. Enchanters often struggle against hard engage if focused, despite their peeling abilities. They focus on building items that further buff their carries, like Ardent Censer.

Tank supports are most often used as a form of engage for the team. They generally struggle early in lane because they are melee, but have great kill pressure, especially with gank assistance. Tanks can build items to protect their carries like Knight’s Vow and Locket of the Iron Solari.

These champions have hooks that bring the enemy into the pick champion’s team. While they often build tank, their focus is on picking off an enemy champion, rather than initiating on a full-on team fight. Pick supports have great kill pressure in lane and have to be accounted for when they roam around the map. Clearing and establishing vision is key to playing pick supports. 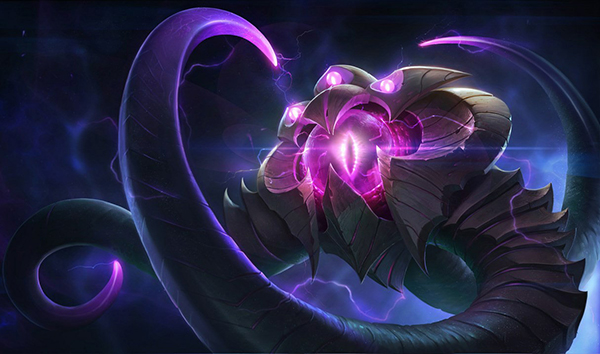 Heavy damage supports are AP carries that are thrown in the support role. They have great range to harass the enemy bot lane and a ton of damage for kill potential. Heavy damage supports often have at least one form of crowd control so that they can lock down a potential kill. Champions like Brand and Vel’Koz are preferred because of their ability to shred high health targets in addition to squishies.

Poke supports are champions that have great ranged poke to harass an enemy bot lane. They offer less burst potential than the heavy damage supports, but trade that off for more consistent damage and more crowd control. They are susceptible to early ganks because they must play aggressively in lane.

These utility supports are largely picked for their game-changing ability. They don’t offer many traits of a support champion, but they have a special ability that is good enough to throw in low economy roles. Zilean’s Chronoshift, Ornn’s Living Forge, and Galio’s Hero’s Entrance are all examples.