The History Of Esports 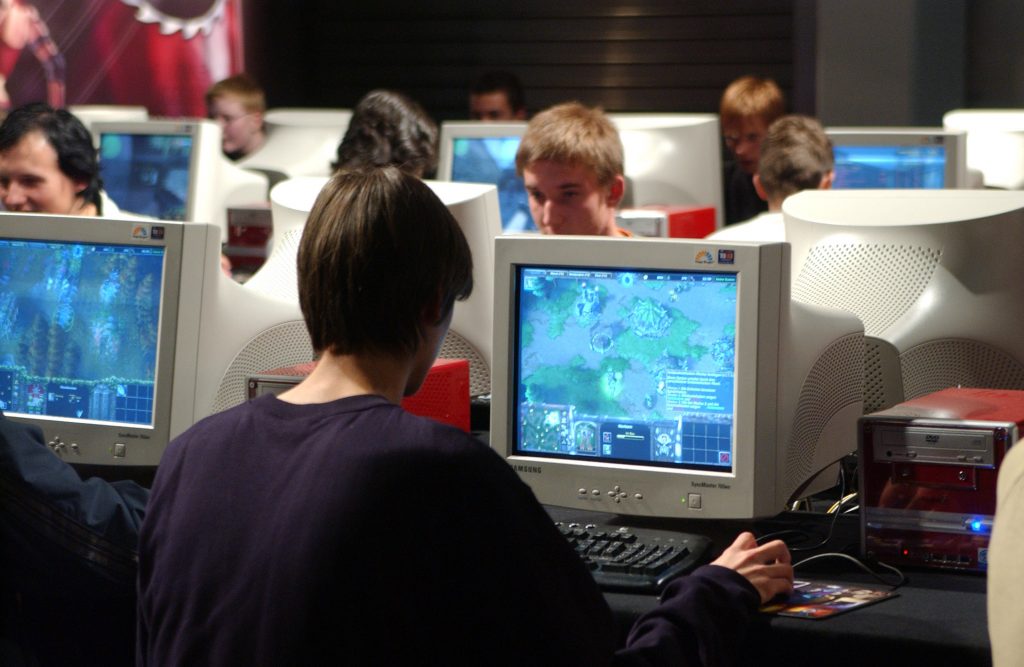 Esports have come a long way from the early days of LAN parties and arcade cabinets. (Photo courtesy of Getty Images)

As esports continues to grow in popularity and make its way further and further into the mainstream with televised events on channels like TBS and ESPN, people new to competitive gaming may feel like the sport has “come out of nowhere”. This couldn’t be further from the truth; esports has origins dating all the way back to the 1970’s.

Each passing decade has seen the sport reach new milestones and the future continues to look brighter. Here is a look at the path esports has taken from its modest beginnings to the billion dollar industry that it is today.

The First Signs of Esports

By most accounts, the first official video game competition on record happened at Stanford University on October 19, 1972. That event invited players to compete in a game called Spacewar, a space combat game that was first developed in 1962. Students gathered to compete against each other in this revolutionary game, with the top prize of a one year’s subscription of Rolling Stone magazine going to winner Bruce Baumgart.

In 1980, video game competitions hit the mainstream when Atari held the Space Invaders Championship. The event attracted over 10,000 players and helped bring video games out of the shadows as a niche product and firmly into the public’s eye.

Building on the Momentum of the Space Invaders Championships

Another significant event in competitive video gaming took place in 1980 when Walter Day created Twin Galaxies, an organization that would record and keeps world records in video gaming. With an organization dedicated to keeping these records and the Guinness Book of World Records honoring them, the race for top scores developed around the world.

Billy Mitchell became well known in the 1980’s for his mastery of various arcade games and world records in them including the popular Pac-Man and Donkey Kong arcade cabinet games. This craze caused video games to make their way onto television as shows like Starcade in the United States and First Class in the United Kingdom pitted players against each other in competitive gaming to battle for high scores.

Competitive gaming had worked its way into popular culture in the 1980’s, but it really took off in the 1990’s when the internet opened up a whole new world of possibilities.

While the Atari had its share of popularity during the 1980’s, the Nintendo Entertainment System (NES) took the controls, graphics, gameplay and accessibility of video games to a new level. The original NES made its way to North America in 1985, and the Super NES (SNES) was released in 1991. The Sega Genesis came out in 1989, sparking an “arms race” that would lead to video games getting exponentially better in a short period of time.

In addition to making video gaming more accessible to families around the world, Nintendo also helped competitive gaming continue to grow. The Nintendo World Championships ran in 1990 and toured the United States before eventually holding its championship games at Universal Studios in California. Nintendo held another world championship in 1994 to promote the SNES. The world finals of this event were held in San Diego, California.

Events like this one paved the way for much larger video game tournaments towards the end of the decade. PC gaming was on the rise, and the internet made it possible for gamers to face off against each other across the world.

Some of the first esports leagues were founded in the late 1990’s including the Cyberathlete Professional League (CPL), the Professional Gamers League, and Quakecon. Games like Quake, Counter-Strike, and Warcraft were featured in events.

One of those Quake events was the Red Annihilation. The Red Annihilation took place in May of 1997 and is considered by many to be one of the first true esports competitions. The internet allowed for over 2000 entrants to face each other in one-on-one competitions in Quake before the field was eventually whittled down to just 16 players.

These 16 players were flown into Atlanta, Georgia, to compete at the Electronic Entertainment Expo at the World Congress Center. This event was viewed by spectators in person and online and received news coverage from newspapers and television networks. Dennis “Thresh” Fong earned the win, etching his place into history and earning the tournament’s grand prize; a Ferarri 328 GTS previously owned by Quake programmer John D. Carmack.

Esports Explode into the 21st Century

All of the pieces were in place for esports to take another big step forward in the 2000’s. Video games and online gaming continued to grow in popularity. Internet cafes started popping up around the world, giving video game players the opportunity to play multi-player games on high powered PCs they may not have been able to afford in their own homes at the time. This gradually changed to as home computers kept becoming more powerful and less expensive.

In 2006, FUN Technologies held a Worldwide Webgames Championship in which 71 players competed for a $1 million grand prize. This was just one example of esports tournaments and their prize pools growing in the early 2000’s. There were just about a dozen tournaments held worldwide in 2000; that number increased over 20-fold by 2010.

After sitting out for much of the esports boom it had helped to create back in the 1990’s, Nintendo returned to the scene with the Wii Games Summer 2010. This tournament lasted over a month and garnered over 400,000 participants. It also helped establish Super Smash Brothers for Wii as one of the most popular esports games of its time.

Esports found their way onto television in the United States sporadically in previous decades. In countries like South Korea, it was much more popular on television. But never had the entire world had access to the excitement of competitive gaming as a spectator sport like it did when Twitch was founded.

Hitting the scene in 2011, Twitch gave esports a platform to reach previously unthinkable heights. While competitive gaming was previously mostly just enjoyed by gamers and casual fans, Twitch’s online broadcasting of tournaments and events around the world gave anyone with an interest in the sport a chance to dive in. Games like League of Legends (LoL) and Defense of the Ancients 2 (Dota 2) became immensely popular as spectator sports, bringing in millions of unique views on Twitch.

The first League of Legends World Championship was held in 2011 in Sweden. The event featured a $100,000 prize pool with the first place winners Fnatic taking home the top prize of $50,000.

In 2012, the second LoL World Championships were held at the Galen Center in Los Angeles, California in front of 10,000 fans. Just one year later, the venue in Los Angeles was upgraded to the Staples Center as the finals were played in front of a sold-out crowd. In both of these years, the top prize was $1,000,000.

In 2014, the championship was held in Seoul, South Korea. The Imagine Dragons played at the event and the tournament drew over 40,000 fans in attendance.

The 2016 LoL World Championships brought in a staggering 43 million viewers, with a peak of 14.7 million viewers watching concurrently at one point. These numbers were dwarfed by the event in 2017 which had over 60 million people. Numbers like these outshine viewership totals of the championship events of two of the United States biggest sports leagues, the MLB and the NBA.

While the League of Legends World Championships are an indicator of the growth of esports as a spectator sport, the annual Dota 2 tournament The International is a testament to how massive the sport has become on the financial side.

The very first International was held on August 1, 2011. The top 16 teams in the world were invited to the event, which was the first publicly streamed Dota event. The tournament was broadcast in four different commentary languages and the grand prize for the winner was $1 million.

The Future of Esports

Esports show no signs of slowing down. In fact, they continue to grow at a massive rate. New leagues like the NBA 2K League and the Overwatch League are enjoying early success. Amazon purchased Twitch for $1 billion in 2014 and has continued to help the platform grow as esports have.

In 2017, the International Olympic Committee acknowledged the massive popularity of esports around the world and left open the possibility that esports could one day be an Olympic sport. As the game continues to grow and gain respect as a real sport among more organizations around the world, the sky is the limit for esports as another turn-of-the-decade boom could be on the horizon.

Dota 2 League of Legends Other
Share
Dave has been a sportswriter for over 10 years and an avid gamer since childhood. His favorite game genres are RPGs and action adventures.