The Best Heroes to Duplicate as Echo 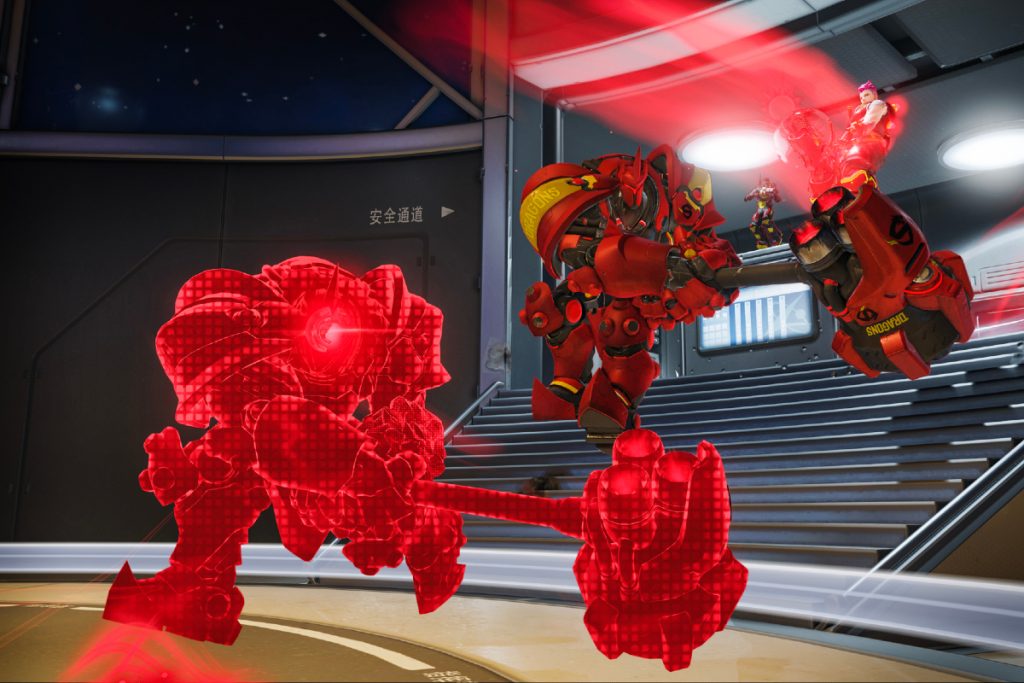 Duplicating Reinhardt can change the course of a teamfight. (Courtesy of Blizzard)

Overwatch’s newest hero Echo comes with a plethora of powerful abilities that allows players to take over a match at any given time. What truly sets Echo apart from the other DPS heroes in the game is her Ultimate ability – Duplicate. Her Ultimate hearkens back to the earliest days of the game where hero limits weren’t a thing and multiple of the same heroes were featured in compositions. Duplicate is a game-changing, insanely strong ultimate unlike anything seen before and if Echo players copy the right hero, the results can be astonishing. Here are the best heroes to duplicate as Echo.

Duplicating a Reinhardt can swing a teamfight in an instant. Not only is he a steady force with a large health pool, Reinhardt is a powerful attacker when duplicated due to his Ultimate and potential damage output. With Echo’s accelerated Ultimate charge when duplicated, a well-placed Firestrike and a hammer swing or two should be enough to get off an Earthshatter almost as immediately. A Reinhardt duplicate enables players to go uber-aggressive and try to catch their opponents off guard while also providing an impressive amount of extra sustain to any comp. If the opposing team is running a Reinhardt composition it’s almost a no-brainer to pick him as the duplication target.

Much like Reinhardt, Sigma has a powerful Ultimate that can change the outcome in a fight in an instant. It might take a little while longer to build up Sigma’s Ult when duplicated, but he provides more useful team utility compared to the aggressive Reinhardt. Sigma’s damage output is incredibly impressive along with his deployable shield and should be utilized after duplicating him. He also has useful crowd control with Accretion. Once his Gravitic Flux is online, the longer wait pays off as it’s one of the best Ultimates in the game.

Brigitte is the lone support among the more sustainable tanks as a prime target for an Echo duplication. One of the main focuses of using Echo’s Ultimate is to build to another Ultimate with a different hero and heroes with the powerful Ultimates are prime. This is where Brigitte comes in. She is incredibly sustainable for a support hero and once her Rally is charged, enables the team around her to be that much harder to take down with the added armor she gives to those around her. She also provides a significant amount of healing in close-quarter combat along with her impressive damage capabilities. Brig is the perfect hero to duplicate for extra sustain and healing.

The point of a D.Va duplicate is not like the majority of the other top picks. Her Self-Destruct is awesome, but teams (especially at high levels of play) can easily get picked off by it, making it not that reliable. Instead, duplicating D.Va provides a great amount of support to a team with one of the best health pools in the game, strong damage output and Defense Matrix to mitigate as much damage on teammates as possible. Knowing when the enemy team wants to go aggressive and duplicating a D.Va to fight them off easier can be just as impactful as a Reinhardt shatter or Sigma ultimate. Of course, players should be able to get off at least one D.Va Bomb before time is up and a well-placed one might have the chance to pick off an enemy or two.

Winston is such a great hero to duplicate. He won’t get the massive damage potential from his Ultimate like Reinhardt or Sigma but his sustainability is the best of any hero when duplicated as his Primal Rage boosts him to 1,000 health. An accurate leap into an enemies backline, along with some cleave damage from his weapon and Winston’s Ultimate will be ready to go. Echo’s Ultimate lasts 15 seconds while Winston’s last 10. Players should have more than enough time in those five seconds to build his Primal Rage. Once Winston’s ultimate is triggered it allows players to isolate opponents and finish them off. He can also stall a point with the best of them which can make the difference in a scrappy defensive hold.

Echo’s Duplicate can completely open up a fight and swing it in the favor of the team who can get the most impact out of it. Whether it is to quickly charge a powerful Ultimate, provide useful utility to help teammates or allow for more sustain, choosing the right hero to duplicate is important. There isn’t a definitive answer to what hero to duplicate as it truly depends on the given situation, but all of these heroes are powerful choices to utilize Echo’s ultimate to its fullest potential.

Share
Brandon has worked with a variety of clients in his freelance writing career before transitioning into the esports scene where he obsesses over the Overwatch League and the Call of Duty League. He enjoys good conversations, concerts, reading, writing about/playing Overwatch, night drives, movies, and laughing. Clear Eyes, Full Hearts, Can't Lose.
Follow me