Most Memorable Moments From ESL One Birmingham 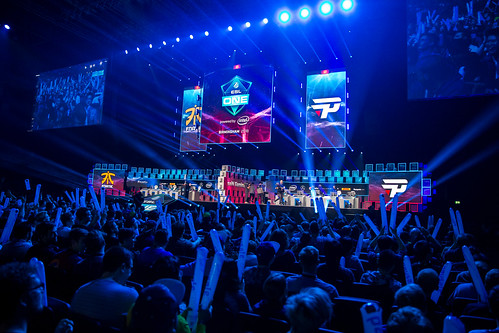 This year's Online event is just the third ever ESL One Birmingham, but already this is a tournament with a deep history and prestige. (Photo courtesy ESL)

ESL One Birmingham has become a massively important part of the Dota 2 calendar, neatly fitting in between DPC majors to facilitate some high-caliber competition before the end of the season. It’s strange to think that 2020’s is just the third edition of the event, having held its inaugural edition in 2018.

Are you excited?
Which team do you think is the strongest? pic.twitter.com/Pa9vRSCHGr

In this short history, ESL One Birmingham has already risen to the top tier of none-DPC events. Besides having a considerable prize-pool, top teams in attendance throughout it’s brief existence, and being the only top-level Dota 2 event held in the UK, there’s something special about this ESL event compared to the others.

Perhaps it’s the fans. The central location of Birmingham seems to draw fans from all around the UK and even further afield. On top of English, Scottish, Welsh, and Irish fans pouring into the second city for the event, both editions have also been inundated with spectators from Russia, France, Germany, and dozen other CIS and European nations. This, combined with it’s late May timing (meaning plenty of students and young people are around to enjoy it), give ESL One Birmingham a party atmosphere that’s difficult to match anywhere else.

I hope so! ESL One Birmingham 2018 and the Manila Major remain the two best crowds I’ve seen

Besides this, Birmingham, in it’s short tenure, has been the stage for many incredible Dota moments. Maybe it’s the harder water round these parts, or the local’s insane claims to have “more canals than Venice,” but crazy things always seem to happen when ESL heads to the Midlands. Here’s just a few of them to jog your memory

The start of TNC’s rise to the top

In early 2019 it’s safe to say that few would have considered South East Asia a global Dota 2 powerhouse. The region had put together some very memorable teams over the years, including the 2018 Mineski team and the 2016 Fnatic squad. But for the most part, SEA has seen much of its glory taken by China and regions, who’ve farmed the region for talent, often signing away it’s biggest stars before they could make an impact on home soil.

However, a long time SEA stalwart, TNC Predator, suddenly started making waves in 2019. After a few impressive showings at the end of the 2018/2019 DPC season and a respectable finish at The International 2019, TNC exploded come the 2019/2020 season as a dominant force. This team went on an incredible run between September and December, winning two Major events back to back, defeating several fan favorites along the way. With a win at MDL Chengdu, the squad secured the first place in the DPC rankings, an honor they still held at the time of writing.

TNC Predator are the Grand Champions of the MDL Chengdu Major. Congratulations. They now stand first on the road to The International 2020. That concludes the first leg of the Dota Pro Circuit 2019-20 season. Onward to the next Major in Leipzig, Germany. #MDLChengdu #DPC #Dota2 pic.twitter.com/w24HgQnH9z

But this rise began far before that incredible four-month run, at ESL Birmingham 2019. There, the first flecks of excellence appeared on this team. After a dominating run through the group stages that saw them defeat the likes of OG, Team Liquid, and Ninjas in Pyjamas, while even taking games off Vici Gaming, the squad landed in the upper bracket.

TNC’s incredible carries, Armel Paul “Armel” Tabios and Kim “Gabbi” Villafuerte, first made their splash here. After taking wins off big European names, the squad took games off of both the event’s finalists, EG and Team Secret, but unfortunately fell in the Lower Brackets to eventual winners Secret. However, the team had started something. One that would have them crowned de facto winners of the 2019/2020 DPC season – if DPC points alone were counted.

At the inaugural ESL One Birmingham event, Virtus.pro was coming off of a decent, but not top performances in the Dota 2 Asia Championships 2018 and EPICENTER XL event. The squad had stuck with the majority of its core roster from 2017, adding Vladimir “RodjER” Nikogosyan in February. Cementing their lineup for over a year and Birmingham would be one of their performance peaks.

Unblighted by some of the obstacles which had hindered them in previous tournaments, such as super-strong Chinese sides knocking them out or overly long travel times, the CIS squad pulled together a genuinely legendary tournament run. Going undefeated throughout groups, a first-place tiebreaker, and the entirety of the playoffs, Virtus.pro became the first champions of this UK event.

What’s more, they did it with style. The team memorably came out for several of their matches with flat caps on – a homage to Peaky Blinders, a popular TV Show at the time set in Birmingham at the turn of the century. 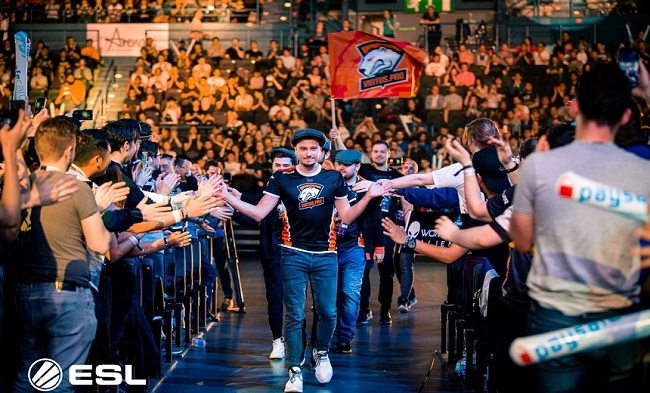 But the performances were the most memorable moments of this incredible run. The team crushed paiN gaming in the semi-finals and rolled over OpTic Gaming in the Grand Finals. Throughout, Virtus.pro proved its versatility. In the lone game, they’d let get away from them in the Finals, and it was because they’d mistakenly allowed OpTic to farm on Leshrac, a pick the team would repeatedly go back to.

But learning from their mistakes, in the final match Virtus.pro didn’t make the same mistake. They camped the Leshrac, farmed their Slark to massive proportions, and had called time on the game before 20 minutes had even passed. It was one of the best performances this lineup ever had, and it happened at ESL One Birmingham.

The TI7 Champion Team Liquid was a special roster. One that dominated the competition, and made Newbee look humble in their Aegis deciding matchup. But after a crushing defeat at TI8, and a slow start to the year between the end of 2018 and the beginning of 2019, the once-unstoppable TL were looking decidedly lackluster.

The team needed something new. A new carry, a new strategy. Maybe even a new shot-caller? But whatever it was, something wasn’t working. At ESL One Birmingham 2019, it was one player’s last chance to shine as part of this roster.

Lasse Aukusti “MATUMBAMAN” Urpalainen as the original Finnish prodigy. In 2015, long before the name Topias Miikka “Topson” Taavitsainen had escaped the realms of high-elo pub games to become a TI champion, the community was abuzz about Matumbaman, a young Finnish player who was tearing up opponents. Picked up by TL just before the 2015 Frankfurt Major, the young Finn became part of a dynasty that would capture numerous Major titles and even a TI.

But by ESL One Birmingham 2019, the relationship between him and TL had become strained. Little did we know as we watched, but this would be Matumbaman’s last event with TL. In it, he seemed like the lone shining star on a team that was decidedly average looking. The squad made the playoffs, only to be kicked out by Gambit in the first round of the lower bracket. There Matumbaman played well during his team’s losses, but it was clear there was something deeper than just performance affecting the team.

Matumbaman was officially removed from TL on June 12th. 2019, less than a month after the event, and just ten days before the EPICENTER Major. Sources close to Matumbaman would later clarify that he’d been kicked from the team.

OG’s incredible runs at TI8 and TI9 have become a thing of legend. Through the two True Sight documentaries and numerous interviews from the team, we’ve discovered the story behind these victories intimately.

But as the TI8 True Sight briefly goes into, it was after ESL One Birmingham 2018 where the story really began. On May 28th, the day the event was scheduled to start, Gustav “s4” Magnusson and Tal “Fly” Aizik both announced their immediate departure from the squad. Both players would join Evil Geniuses, an organization that had released two of its team and headed to Birmingham with only three names on its roster.

A Shift in OG.

OG was put in a crazy situation with the team manager, and Fly’s then-girlfriend Evany Chang and coach Sébastien “Ceb” Debs (then know as 7ckngMad) left to pick up the pieces. The team had two roster spots to fill, and not a great outlook heading into the event.

Left with little choice, Ceb, along with quick replacements Anathan “ana” Pham and Topson, joined the squad. Ceb had previously played with the team following the departure of Roman “Resolut1on” Fominok in February. Still, this event would mark the first time this two-time TI winning roster would play together. Topson had been brought in as a potential replacement for Resolut1on, but hadn’t formally joined the team. While Ana had been on a hiatus from competitive Dota 2, citing burnout.

The result? A quite underwhelming performance. Although this team would become one of the most celebrated lineups in Dota 2 history, Birmingham was just their first outing. The squad didn’t gel well, captain Johan “N0tail” Sundstein was adjusting to a new role, and overall there was little to suggest this team would be the one raising the Aegis in just a few months.

But they were. Three months later and OG would become the TI8 champions, and it all started at ESL One Birmingham, just like so many great Dota 2 stores. That’s why it’s a shame this event is blighted by the ongoing COVID-19 pandemic and has to be held online. While no doubt this will be the start of something special for one team or another, it’s just not the same. Whatever great title run, or team split, or winning streak comes from this event, it’ll always have an asterisk, that this was the “online” ESL Birmingham, not like the “real ones” where amazing things always happen.

Share
Michael is a Brit-based esports generalist and timezone traveler. He spends his free time polishing his collection of fighting game tournament participation trophies.
Follow me