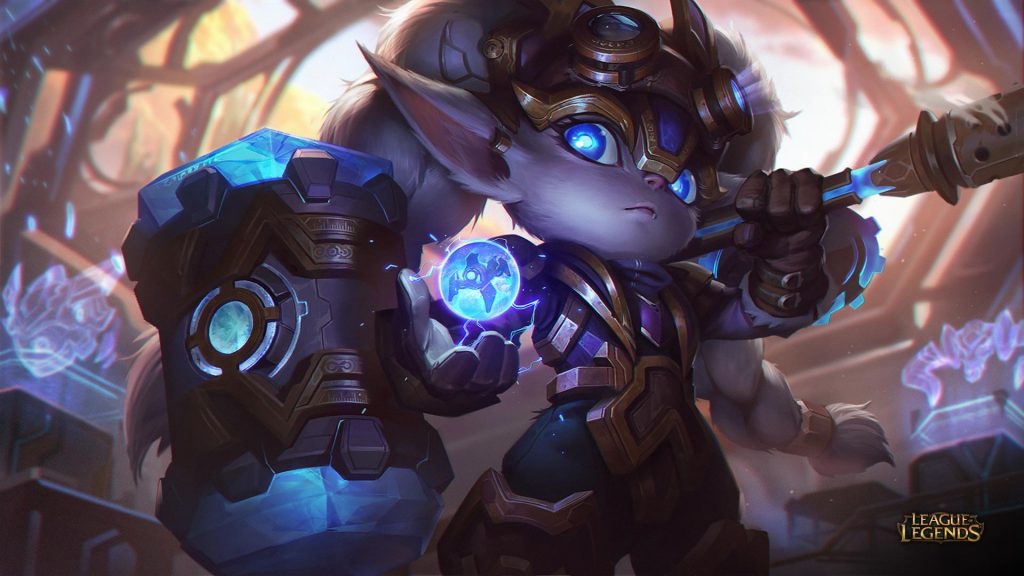 League of Legends is one of the most popular video game worldwide. The last time Riot officially announced a monthly user count was in 2016, and they confirmed that there were over 100 million active players a month. While its popularity has slipped slightly, Riot said that over in 2019, it surpassed its eight million player peak. At the League of Legends World Championship 2017, there were roughly 57 million fans that tuned in to watch the event around the world. The Worlds 2019 Finals also peaked at just under four million peak viwers, not taking into account chinese viewership.

However, maybe you just jumped into League of Legends. There is a lot to take in and we are here to make it easier. Here are some of the key terms you should know when starting your time on the Summoner’s Rift.

Auto Attack: AKA Basic Attack or AA. An attack that a champion can repeat without new clicks.

Ability: An unique action performed by a specific champion. An ability is different from a summoner spell or active abilities as other champions can use these.

ACE:  An ace is earned when a player kills the last living champion on the enemy team.

ADC: Short for Attack Damage Carry. A champion that deals high amounts of damage – specifically as the game progresses. This can also refer to the role taken when playing the bot lane. ADCs are now also referred to as Marksmen.

AoE: Short for Area of Effect. Spells or attacks that deal damage over a wide-spread area.

AP: AP is short for ability power. AP is the damage that champions like mages use to gain power.

Assassin: Assassins are a type of Champion that dish out burst damage and have tools to get in and get out of fights quickly.

Backline: The furthest combat distance from enemy champions. The backline will be played by range and mage champions. These champions are typically low in health, but high in damage output, so they are to be as protected as possible.

Backdoor: When you attack an opponent’s Nexus while they are focused elsewhere. This is done by sneaking through the jungle, or by teleporting to an allied minion or ward near the enemy base and taking the enemy by surprise.

Baron: Officially known as the Baron Nashor. The Baron is the strongest neutral enemy in the game. Once a team has defeated the Baron, all living teammates earn the Hand of Baron buff. The buff rewards teammates with bonus attack damage, bonus ability power, an empowered recall buff and increases the power of nearby friendly minions.

Base: Each team has a base, which is located between the entrances to the middle and bottom lanes along with a base entrance at the top and middle lanes. Players can heal along with upgrading their champion.

Bot: Short for Bottom Lane. The bot lane is the bottom of the three lanes on Summoner’s Rift. Can also refer to an AI-controlled champion.

Buff: A beneficial spell or effect used on yourself, a teammate or friendly minion. The opposite of debuff.

Burst: A large amount of damage dealt in a short amount of time – specifically to a specific champion.

Crowd Control: AKA CC. A group of status effects that limit an opponents movement or actions.CC comes on the form of  stuns, slows, polymorphs, knock-ups, etc.

Cooldown: The amount of time it takes for a skill or ability to be used after a first usage.

Commit: To stay in a fight until it is over. To not retreat.

Countergank: Setting up an ambush in response to an opponent ambush. See gank.

Counterjungle: To kill the neutral champions in the opponent’s side of the jungle. This takes away easier buffs, gold and experience for the opposing team.

Crit: Short for Critical Strike.  An ability or attack that deals twice the damage. The likelihood of getting a crit relies on your critical strike chance that is found on items..

CS: Short for Creep Score. A term borrowed from Dota 2 – CS is the number of enemy creeps that you performed the last hit on and obtained gold from.

Death Timer: The amount of time it takes for a champion to respawn after being slain.

DPS: Short for Damage per second. The amount of damage that dealt per second by a hero.

Dragon Soul: When a team takes their fourth drake, they will gain the Dragon Soul. There are four dragon souls that each offer different buffs and they become permanent buffs for the remainder of the game.

Drake: AKA Dragon. Powerful neutral monsters that can be found on Summoner’s Rift. Killing a Drake grants your team various effects and buffs.

Dive: To chase a specific enemy unit into a dangerous area – typically near a turret.

Elder Dragon: The final dragon type that spawns after the dragon soul is decided. The dragon is tougher than all the other dragons and gives a buff that allows the recieving team to execute enemy champions at a certain threshold.

Farming: The act of killing creeps for gold and experience.

Flank: A military term. Attacking an enemy – either solo or as a team – by splitting up and surrounding them. Specifically, when a champion sneaks past the frontline to attack the backline champions – typically the job of fighters, bruisers or assassins

Flash: A spell that allows a champion to teleport a short distance.

Frontline: The front of the combat group that can soak a lot of damage.

Fighter: A type of Champion that can typically take lots of damage and deal moderate amount of damage in return. Also known as a bruiser.

Gank: To ambush an enemy.

Inhib: Short for Inhibitor. A structure that blocks the spawning of super minions from the opposing team. Each team has three Inhibitors in their base, each corresponding to a lane.

Jungler: A champion that is dedicated to the jungle. A jungler is in charge of clearing neutral camps within the jungle and helping their team with objectives, ganks and towers whenever possible.

Lane: Summoner’s Rift is separated into three main lanes – top, middle and bottom. These three lanes are where minions travel from one side of the map to the other.

Lane Swap: The act of one or more champions switching dedicated lanes.

Laning Phase: A phase within a match that can last from 10 to 20 minutes. This phase is based around champions gaining gold by farming minions, towers or enemy champions.

Last Hit: The final blow on an opposing minion, creep or champion.

Minion: Non-player characters (NPCs) that spawn from each team’s base.

Nexus: The large structure in each base. The objective of League of Legends is to destroy the opponents’ Nexus.

Picks/Bans: This happens during the drafting phase of the game. Each team gets five champions to select (picks) and five champions they can ban from being selected (bans).

Push: Advancing forward in a lane.

Recall: An ability that all champions have that allows them to teleport back to the team’s fountain. Requires eight seconds. The Baron buff or the Rift Herald buff can shorten this to four seconds as long as the buff persists.

Rift Herald: A monster that spawns in the Baron Pit on the eigth minute. Grants a buff that allows the user to spawn the Herald for your team to help siege towers.

Shotcaller: The player on a team that takes the lead in communication.

Solo Lane: Being the only champion in a specific lane.

Splitpush: When a champion or group of champions switch to another lane that is weak or susceptible to attack.

Stun: A unit or champion that is stunned will be unable to control abilities, movement, attacks, or active abilities.

Super Minion: Powerful minions that only spawn when the enemy’s inhibitor is destroyed.

Support: A type of champion that dedicates themselves to helping the team with heals, shields, or CC. Tends to spend the early game laning with the marksman.

Squishy: A championwith low health. Can only take little damage before dying.

Tank: A champion that can take massive amounts of damage.

Teamfight: When multiple champions from each team engage in a fight.

Top Laner: A champion dedicated to the top lane.

Turret: AKA a tower. A structure that blocks the enemy’s path to the Nexus. They take high damage and fire at opponents within a certain radius.

Ulti: Each champion’s most powerful ability. These don’t become available until level six.

Zoning: The act of pushing an enemy champion(s) away from certain objectives to prevent gold and experience gain.

League of Legends
Share
Craig is passionate about two things: History and Gaming. Whilst at university, Craig focused his degree on history and voluntarily wrote about esports on the side. Nowadays, he tends to write about esports whilst enjoying history as a hobby.
Follow me