Hacks are the main gameplay mechanic that separates Hyper Scape from other Battle Royales. Hacks are equippable skills that can be found across the map and upgraded just like weapons. The Hacks you choose determine your playstyle, and the combination of different Hacks add endless possibilities to how fights play out. Every Hack has different uses with some being more versatile than others. 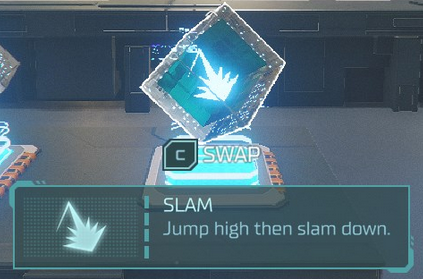 Hyper Scape’s movement focused gameplay heavily encourages players to run movement-based hacks. Of them, Slam is one of the best. Slam is an incredibly versatile hack that gives both offensive and defensive options. The massive jump that it provides allows players to navigate the map and search out fights more effectively. Once you find a fight, slamming into the fray is a great way to catch enemies off guard. Slam can also be used to disengage fights temporarily. The incredibly fast burst of height allows players to break enemies’ line of sight and reposition accordingly.

Slam is also one of just three hacks which deal damage. When reactivated in the air, Slam sends the player to the ground at high speed, dealing damage to players in an AOE. It deals 30 damage base, up to 45 at max upgrade. The seven second cooldown allows players to keep slamming in quick succession. Few hacks can stack up to Slam’s overall effectiveness. 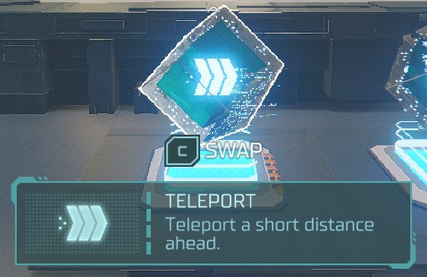 Teleport is the other top tier movement ability in Hyper Scape. Teleport allows players to warp a short distance in the direction they are facing. It is useful in many of the same ways as Slam. Engage, disengage, and mobility are all within Teleport’s wheelhouse. The cooldown is even equal to that of Slam, making Teleport a viable alternative.

The hacks do have slight differences in how they allow you to approach fights. Teleport can be much more disorienting in face to face combat. Although it doesn’t have the same flashy damaging entrance as Slam, a tricky Teleporting player will sew the same amount of chaos. 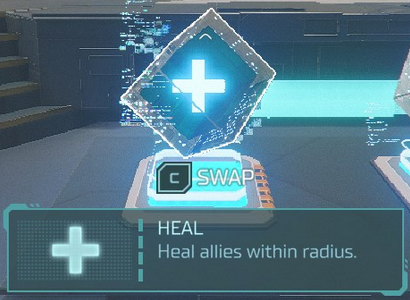 Although Heal is in A Tier, every squad still needs at least one. Using Heal creates a circle which you and your allies can stand in to regenerate their health. Hyper Scape’s gun fights are very erratic and can often be disengaged if they don’t start out favorably. The ability to reset your squad’s health bars is crucial in those moments. Additionally, healing up in between fights is very helpful to prevent dying to third parties.

When fully maxed, Heal goes on a five second cooldown. The amount healed is also increased with every upgrade. Having effective spammable health restoration is necessary for late game fights when teams tend to poke at each other. The usefulness of a maxed Heal cannot be understated, even if your squad is only running one. 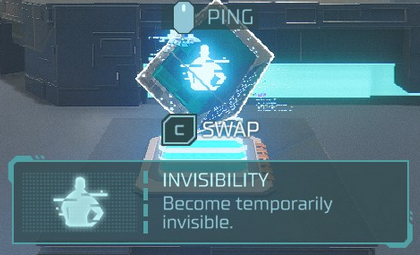 The problem with Invisibility is that it has a couple of really big hard counters. Reveal was practically made to screw with invisible players and the homing Mine makes running away not an option. Additionally, players can use sound cues to track invisible players, making the hack much worse against aware opponents. 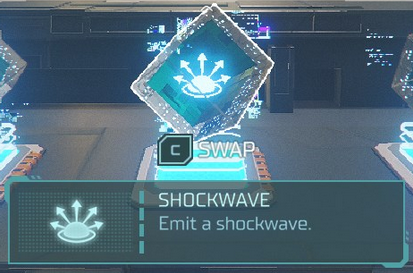 Shockwave is the newest hack added to Hyper Scape. When used, the hack sends all enemies near you flying back into the air, dealing a small amount of damage. Shockwave is useful for resetting fights that your squad may not be having the best time in. The space that it can buy you to reposition can be crucial in a successful disengage.

While Shockwave looks like a primarily defensive hack, it has its fair share of offensive uses as well. If fired at your feet, Shockwave will give you a burst of height which can be used to traverse the map. Shockwaving enemies back into a collapsed sector or into the open where they can get collapsed on are both viable plays to make. Just make sure that you don’t find yourself left out to dry, as Shockwave will be less useful than other mobility hacks. 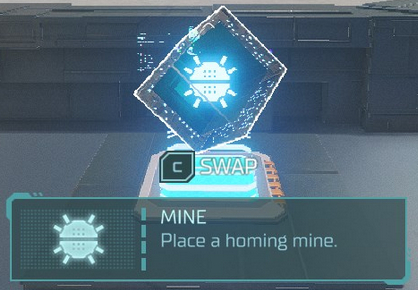 Mine is one of the hacks which started gaining notoriety in open beta. When used, a homing mine deploys and seeks out enemies, exploding on contact. The Mine can chase players very long distances, leaving the only option to keep moving or to turn and shoot it. Mine has 75 health, meaning killing it is a somewhat big commitment. Enemies can be forced to choose between shooting the Mine while the player who deployed it is shooting them, or eating the 50-75 damage explosion.

While certainly annoying, Mine has the downside of not being very effective in wide open areas. Since many late game fights take place up in the sky with mid to long range weapons, Mine is hard pressed to keep up in value with the better hacks. Still, one well placed Mine can always turn a fight in your favor. 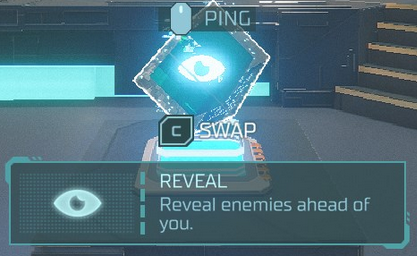 Reveal is a fairly niche hack, but it still has good general value. When used, all enemies within a 60-meter radius will be marked with a red triangle for six seconds. In a game as movement focused as Hyper Scape, Reveal can help you keep track of enemies mid fight, or just find any potential stragglers and snakes.

Reveal has the added benefit of allowing the user to see invisible players. If you know that enemy squads are running this hack, having one player grab a Reveal is not a bad option. Reveal comes with the longest cooldown of any hack at 14 seconds base, nine when maxed. Still, only three seconds of downtime between scans is extremely good if used effectively. 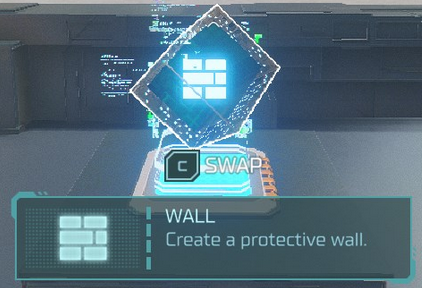 Wall is one of the more in-your-face hacks present in the game. A massive wall being placed to split the field of play is an interesting concept, but its baseline usefulness can vary. The Wall comes with 250 HP and a lifetime of 25 seconds. It can also be placed high in the air, allowing teams to use it for a vantage point. Other than that, Wall is mostly used as a disengage tool.

While highly effective indoors, Wall suffers from being an inferior disengage hack. Using Shockwave or Invisibility will yield better results most of the time. A seven second cooldown at max upgrade does give Wall a sense of spammability and can provide some late game annoyance, but why not just run a different low cooldown hack at that point. 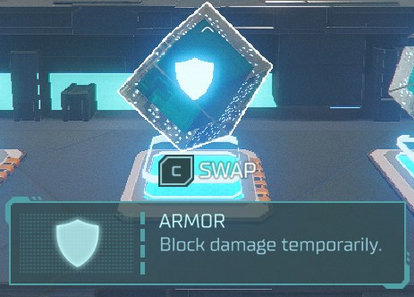 Armor has been a fairly controversial Hyper Scape hack since the game entered open beta. Armor allows a player to gain damage resistance for five seconds. When active, the player pretty much cannot die via any conventional means. Armor is tied with Reveal for the longest cooldown in the game, making timing incredibly important.

Alone, Armor is a situationally strong hack that is good for solo players. When combined with Invisibility, Armor becomes part of an annoying stall combo. Armor originally had a much longer duration, allowing players to juggle the two hacks to remain alive for insane amounts of time. Armor also has the use of stalling when you have the Crown at the end. If you are going to have a player running it, make sure they pick up the Crown. 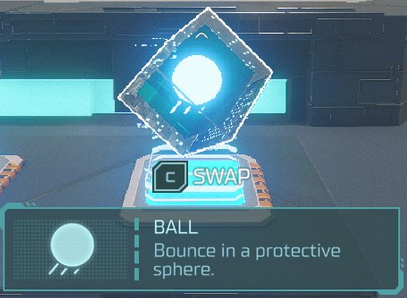 Ball goes with Wall as one of the big visual hacks in Hyper Scape. The player uses it to transform into a giant ball which can bounce and roll across the map. It has the same cooldown as other mobility hacks and lasts for three minutes, until it is destroyed, or until the player deactivates it.

Ball is the worst mobility hack in the game. It essentially paints a giant target on your head when the entire lobby sees you bouncing around. It provides little in the way of stealthy engage or safe disengage and is only good at traversing the map. There is really no reason to run it over the multitude of mobility hacks that have a plethora of uses.