How to Play Windward 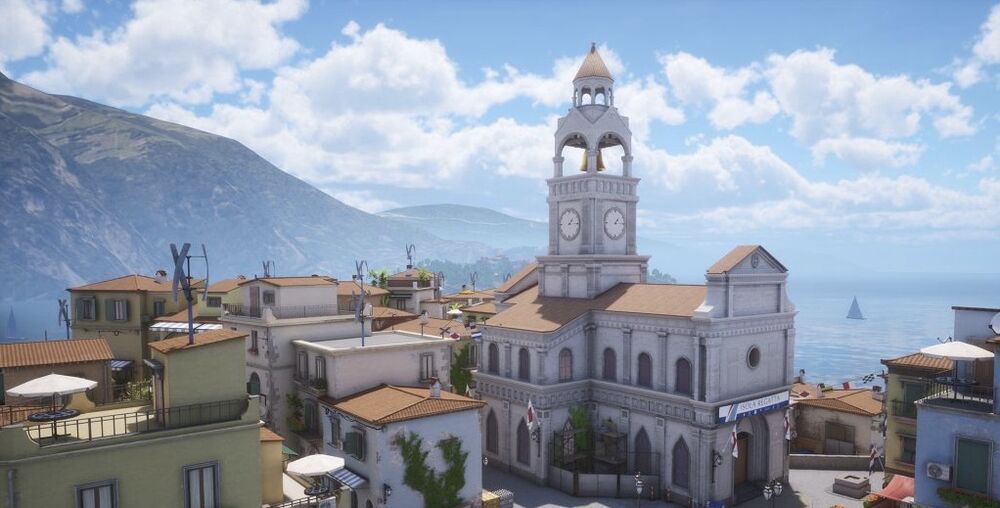 Windward is one of Rogue Company’s best maps, with fun angles, pathways, and interesting use of team comps. (Photo courtesy Hi-Rez Studios)

Windward is one of Rogue Company’s earliest maps, and perhaps one of its best. The map offers plenty of angles, short and long, with unique approaches to both bomb sites. Players will find Windward to be one of the game’s most popular maps and easily a competitive experience regardless of skill bracket. 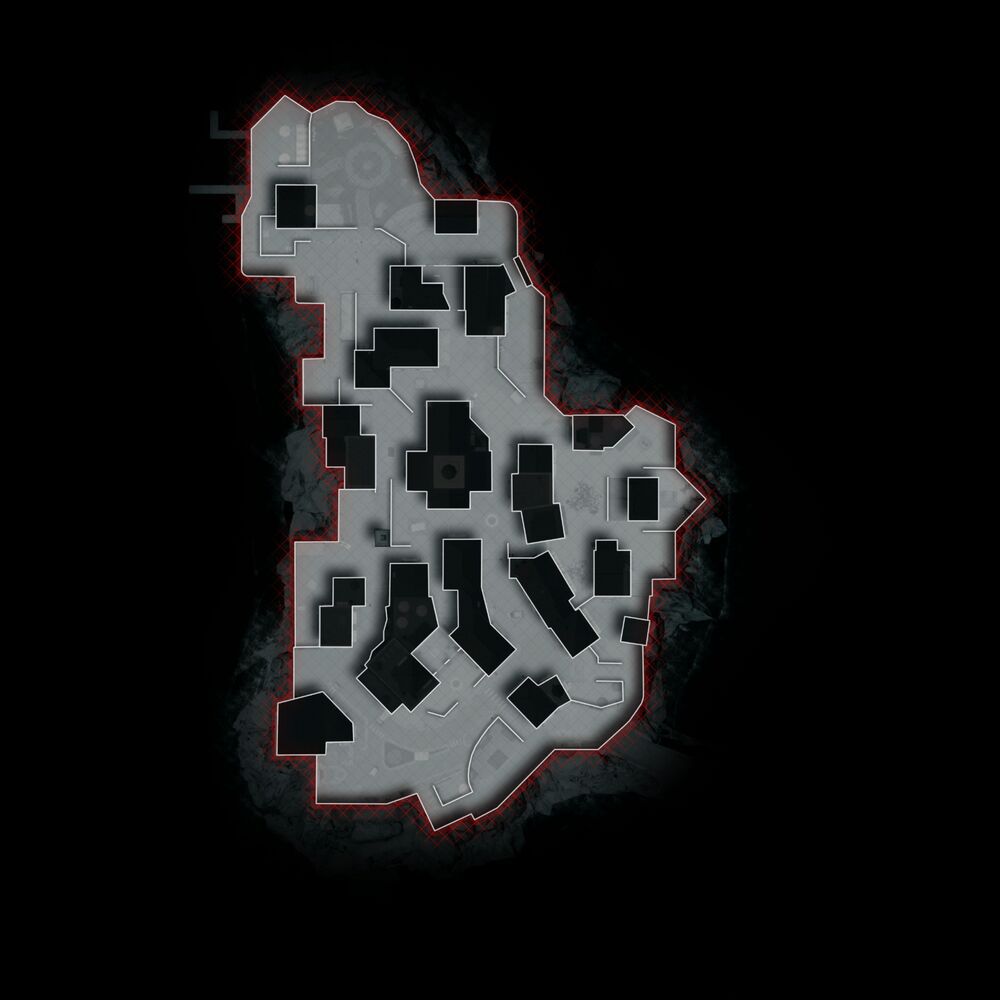 Like many popular maps in the competitive shooter market, Windward features short, long and rotation control points throughout the map. Players will also have the privilege of finding elevated vantage points to spice up the angles they compete from.

The north side of the map is where the attackers deploy from. The very top of the map is a dead zone, where attackers fly over as they come in from landing. There are then several navigation points to mid, with two paths onto B. Players can get to A by using a zipline that can cut out the mid rotation by granting a shorter but more dangerous street space, or a more approach through long.

Windward has several interesting features. Mid is one of the more critical locations on the map, as it is essentially a cross shape, allowing rotations, flanks between spawns and bombsites. Getting control of mid is going to be extremely important for both teams.

On the other hand, B has some interesting rush tactics through a zipline that has the attack fully covered until they get on it. Attacking Rogues can land on B site easily, but it could prove deadly if a defender has it covered. 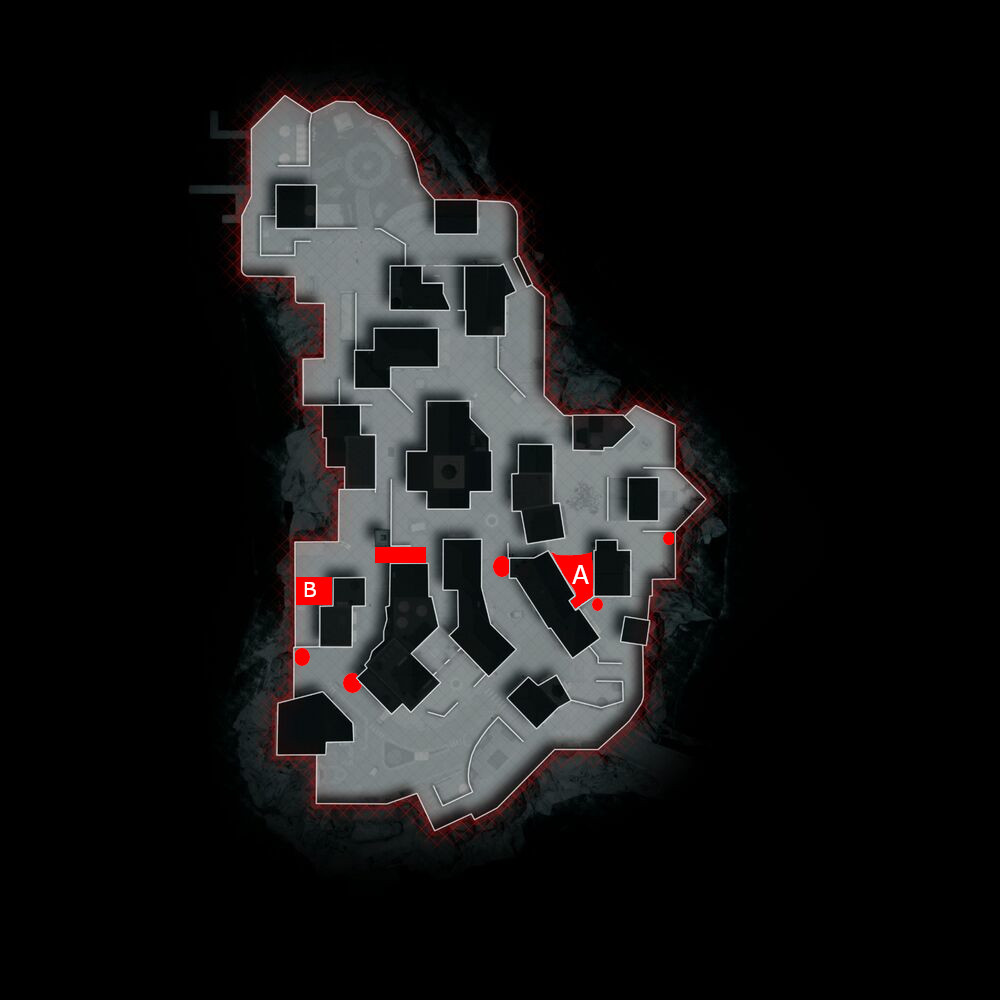 Typically, the B site is the easiest of the two for the attackers to take because of several reasons. B has plenty of elevated positions, easy access to mid control, upper and lower assaults, and more cover and the routes to B. Because of this, defenders will likely have to prioritize more attention to the site.

There are a few strong positions for the site. The Back of B site is elevated, and they have great angles for fighting off planters, and preventing rushes from attackers pushing the zipline.  The second red circle to the left is a good spot for pressuring attackers when they gain access to the Upper Platform and preventing them from jumping down safely. The red rectangle is for more aggressive rogues that want to pressure opponents playing from Upper or pushing the Lower part of the street. From there, they can rotate to mid if they win their duel.

For both defense sites, having a player playing Mid Stairs is important. A player that can hold off attackers coming from mid can prevent, and extra reinforcements for a site take or can pick off players rotating to another site.

For A Site, the defenders want to play with more information. The one player holding A site directly has two positions to play. There is the site’s half wall to watch players pushing from A Main and the outdoor cafe, with the ability fall back using the tree as cover, and then dropping off the ledge to watch for planters. The other site plays off using the third person peak by seeing if and attackers push A Long. They can also pressure any player making the run from A Main to A Site Half Wall as attackers face brief exposure. 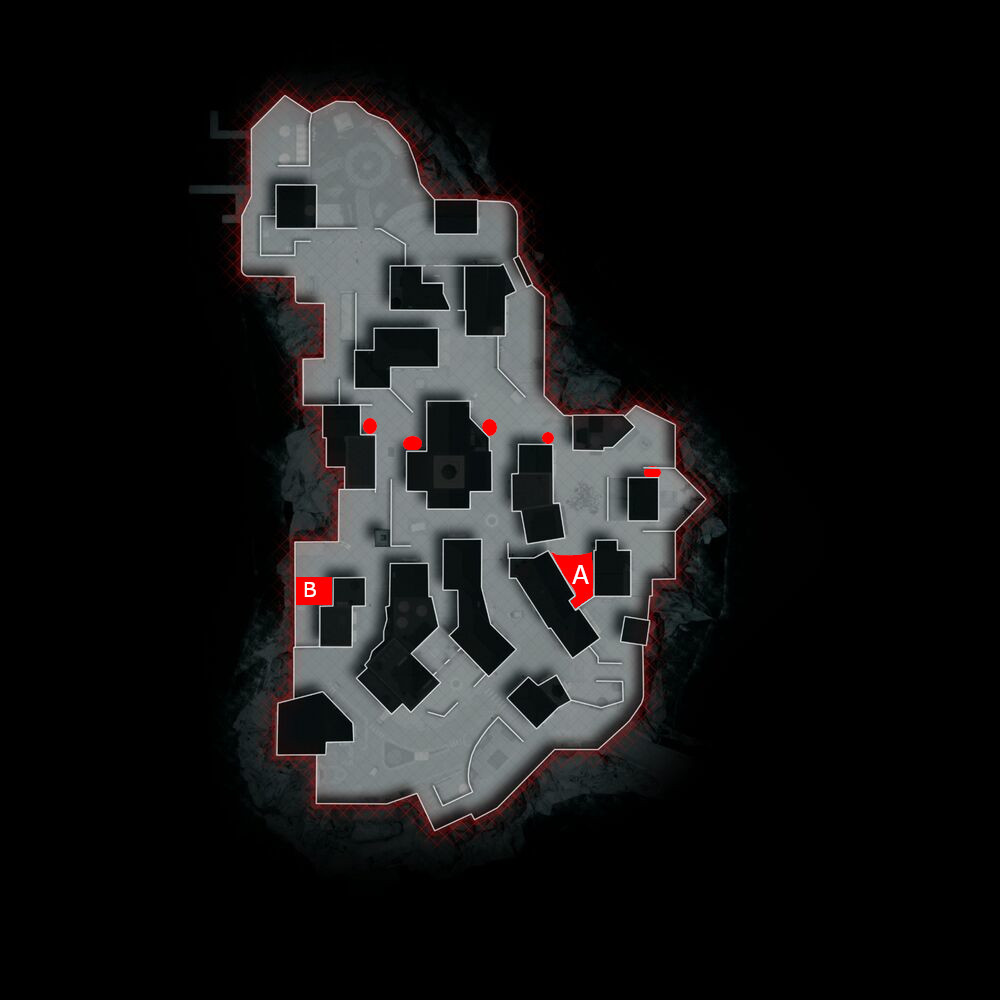 Because of the limited pathways, the attackers will want to stack players on their site takes. B Site is by far the easier to take. Two players will likely want to push upper, get control of Upper and cut off reinforcements from A site though the narrow streets that lead to defense’s spawn or through mid.

The lower side of the assault will likely be the bomb carrier, as it offers quite a bit of cover and less contestion from defender angles. However, the push will need cover from the player that chose to push Upper.

Like with the defenders, the attackers will want at least one player every round to pressure Mid. This can open up any rotates the team needs while cutting off one potential avenue the defenders can rotate from.

Attackers are going to rely on gun skill and great utility to succeed on A site. A long has limited advancing cover, and defenders tend to get the peekers advantage of the push. Meanwhile, A main is very open, so players will naturally want to take cover in the outdoor café seating area. Expect to use plenty of flashbangs, information, smokes and more to win the site. 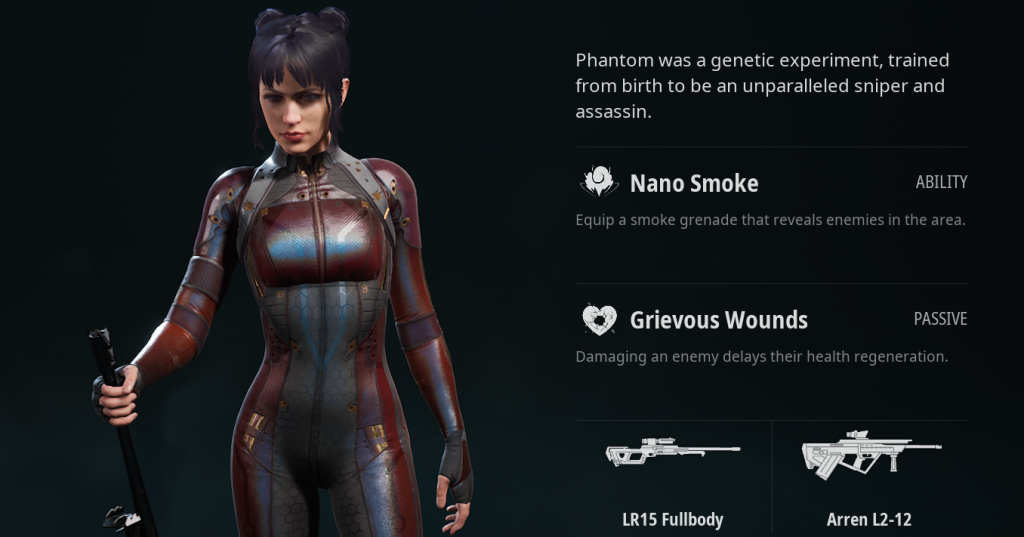 Here are some suggested team comps to perform well on Windward on both sides.

The defense is going to rely much more on Rogues that can either skirmish in the close quarters, benefit from explosives, or from playing with cover. Saints position should typically be the back of B site, watching upper and lower with his ACOG zoom in. He can then safely revive his allies from across the map with his revive drone ability.

Phantom and the Fixer are the go-to for the mid position. Both Rogues have a sniper, making them the most ideal Rogues for the long angles Mid naturally has. They also have smoke capabilities for cutting off any angles they need, or for when they need some escape tools. Trench can also play this position because of his DMR, and his Barbed Wire is great for stopping pushes against him and preventing rotates from site to site.

Scorch is a useful pick for being an up close and personal burst duelist. She can play on either A site’s half wall or play the stairs that connect upper and lower on the B site. Combine this with Ronin holding either the Back of B Site or A Long with her grenades and explosive throwing knife trap and she gets some strong push prevention and plant denial.

Smokes are crucial for blocking out pathways and creating openings for the attacking team.

The attackers on Windward are going to need to properly utilize smokes and flashbangs to create optimal openings for the attacks. For B Site, smoking off the back streets, the mid-rotation and the back of site are god smokes to give team cover. A site can also benefit from smoke grenades getting deployed towards Half Wall to gain smoke cover from A Long, and the mid-rotation is another smoke spot. This is hence the need for smokes from the support Rogues and Lancer.

As for Rogues themselves, Chaac is the best entry fragger for the job because of his health sustain. The Chaac player should focus on playing A Main or Upper B. He can then flashbang any opponents hiding behind cover. The lack of cover at A and the multiple threats at B means the flashbang and the heath regen ability is good for this situation.

Like the defense side, The Fixer and Phantom should play mid for the exact same reasons. Meanwhile, Lancer is the best for diving around and being agile while needing to gain ground for pushes and using her double smokes.

Saint and Dahlia are both fine choices. Dahlia links to one other allies’ passive and can revive their chosen ally. Meaning Dahlia can double up as a Lancer with both having access to two smokes each and reload rolling while reviving Lancer. Saint works well because of the ACOG scope, contesting those players showing down the long winding streets of both sites while having a safe revive tool.

The attacking team on Windward can bring Dallas or Talon in place of Chaac or a support rogue if they want to play more information reliant rather than utility reliant. Talon and Dallas are good tools for understanding where enemies are rotating.