How to play Verdansk Riverside 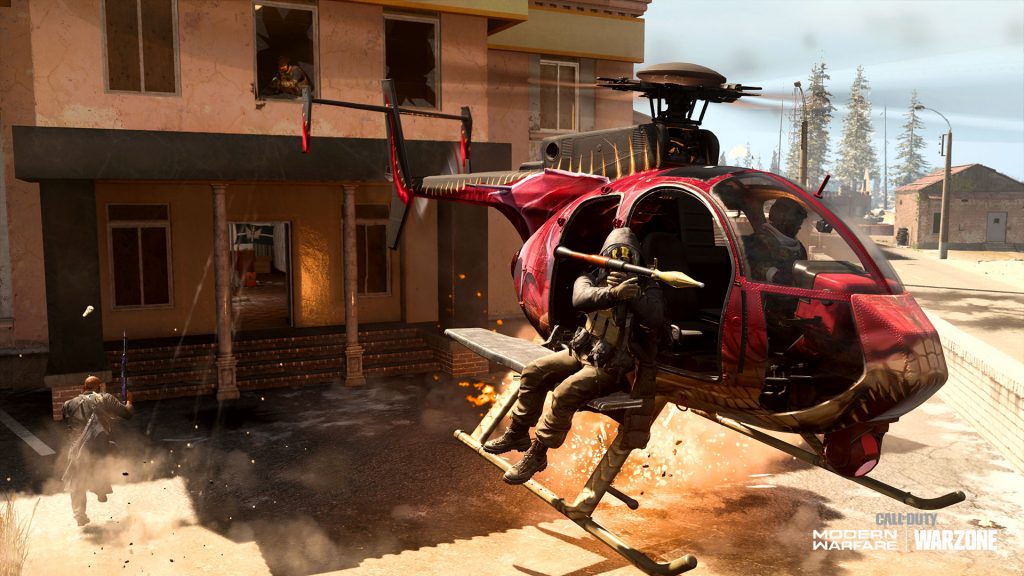 Another Warzone area has been transformed into a hectic Ground War map. (Photo courtesy Activision)

Verdansk Riverside is the latest addition to the Ground War map pool in Call of Duty: Modern Warfare. The area will look familiar to Warzone players as it is featured on the northern end of the Verdansk map. The scenic riverside location offers intense outdoor combat that is a sniper’s paradise. However, the flags are located in tight interior spaces, so playing from a distance will only get you so far. 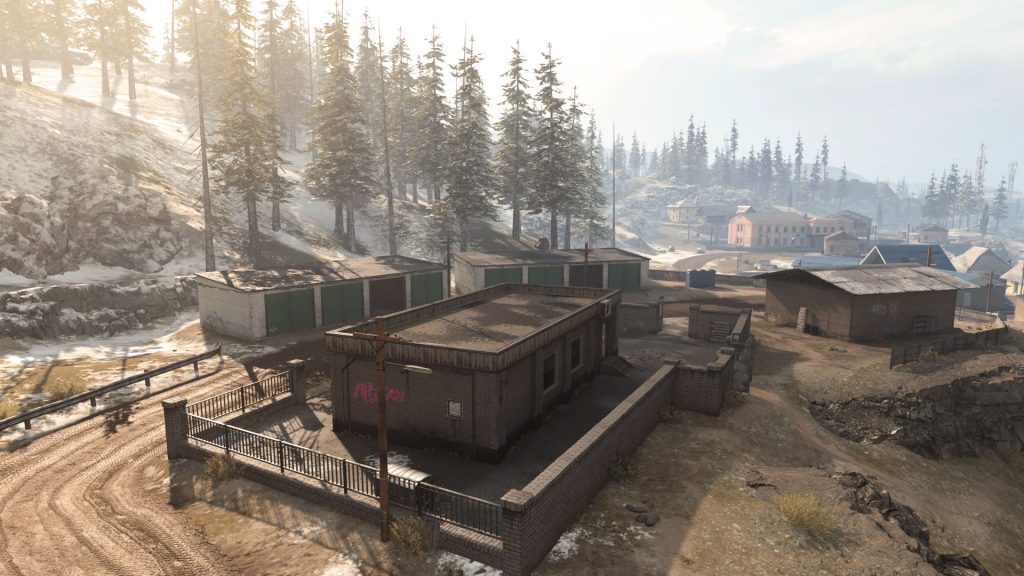 The E Flag is situated on a hill above the D flag and overlooks most of the map. The flag itself is located inside a one-story building on the edge of the hill. The opposite side of the hill features several small storage containers and a raised area that is perfect for snipers.

This flag is almost parallel with the D flag and is one of the most elevated positions besides rooftops of the buildings near the A flag. This location is close to the Coalition spawn point, which means it will not be contested often unless the Allegiance team manages to bulldoze their enemies. If a few flags in front of this position are secured, snipers can sit back and snipe enemies with ease.

The hills behind the storage units are partially accessible to both teams, so remember to check for sneaky players attempting to flank on the outskirts of the map. 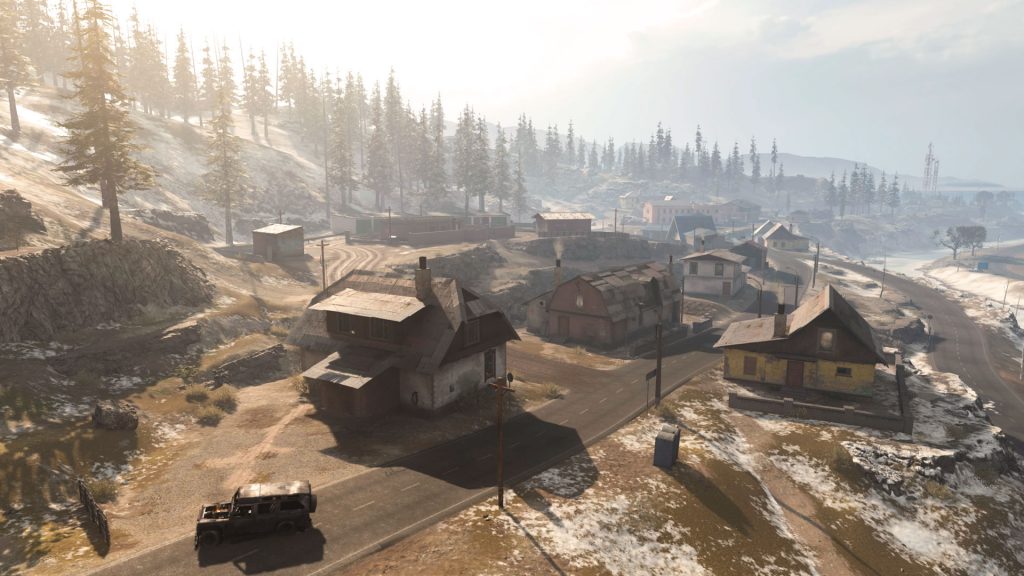 The D flag in Verdansk Riverside is located in a two-story farmhouse in the middle of the Farmstead. There are three buildings between the D and C flags, but otherwise, it is an open, dangerous area.

The D flag building sits beneath a hill that leads to the Storage Garages and E flag. The sharp cliff offers cover for players pushing from the Allegiance side, and the small buildings provide some relief from killstreaks or enemy players.

The building’s second floor has a few useful windows for players with assault rifles or other long-ranged weapons who want to defend the objective. There are several lines of sight that can see these windows, so be careful when peaking the same angle for long periods.

This is the closest flag to the Coalition spawn and is typically an easy location to hold. Make sure to avoid losing the E flag as it will act as a spawn point for enemies and allow them to drop directly onto the D flag. 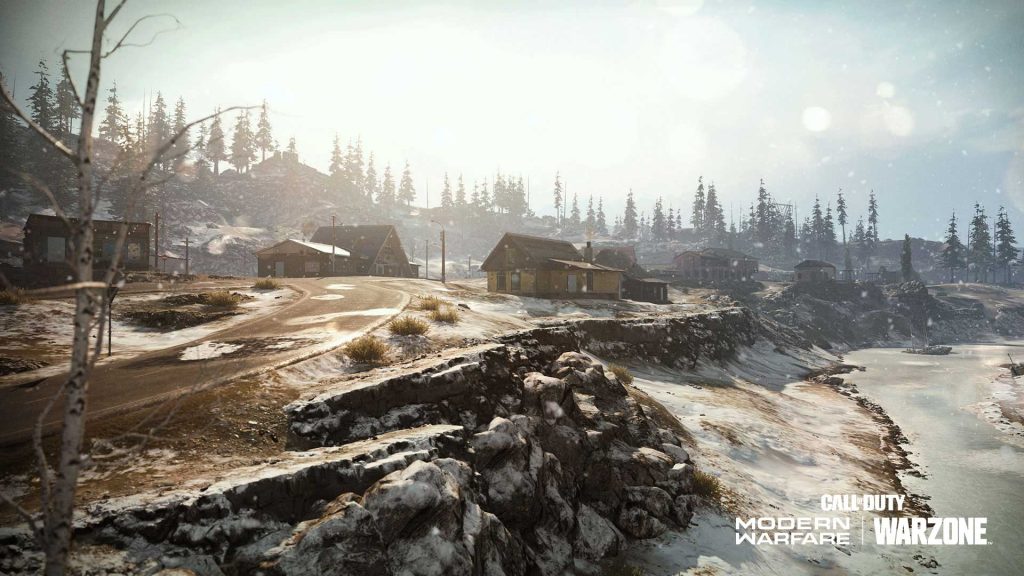 The C flag in Verdansk Riverside is located in a small house across from a blue pharmacy on the river’s edge. This is typically one of the most contested flags in matches as it is a middle ground between both spawn points. The house itself is difficult to hold as there are multiple entrances and open areas on both sides.

Across the street from the C flag is a blue pharmacy that offers adequate cover and vantage points on the surrounding areas. The second floor is accessible and has multiple windows facing the Coalition spawn. Players can also access the rooftop, which is angled and provides cover from both directions depending on what team controls the area.

It is best to have at least one player inside the C flag building to hold it and to kill any enemies that make it inside. Other players should watch from their respective spawn to help defend the flag or assist their team with a coordinate push to take the objective.

B and A Flags – school and hilltop 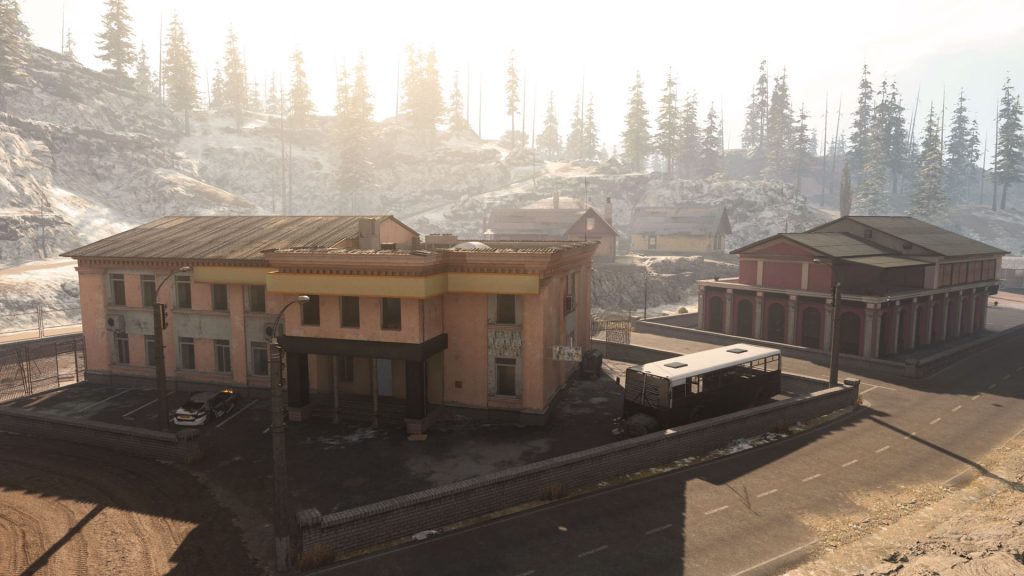 The A and B flags in Verdansk Riverside are the closest to the Allegiance spawn and are difficult areas to break. The B flag is located in a two-story school building with multiple windows and entrances. Allegiance players can hold this flag easily from a distance with long-ranged weapons at various angles.

The B flag is located in a small building on a hill behind the school building. This location is smaller and secluded and very difficult to capture for Coalition players if the B flag is still under Allegiance control.

Coalition players attempting to take the B flag should work together and use their armored vehicles to their advantage. A solid push with infantry and vehicles can overpower players covering the area, but coordination is vital. The B flag is relatively close to the Allegiance spawn and A flag, so enemies will be ready for a counter-attack after a few seconds.

Players can attempt to sneak around to the A flag to gain a foothold in the area, but be wary of snipers in the hills. The onslaught of players from the Allegiance spawn will also make it difficult to cross the large open areas. Coordinate with your team teammates to plan a massive push or capitalize on the strides your teammates have already made.

Verdansk Riverside is a fun Ground War map that turned a relatively uneventful Warzone area into an intense battlefield. The map is more condensed than other Ground War maps, which means players will be in a lot more engagements and gunfights. Avoid running in the open and becoming an easy kill for a sniper, and remember that communication is important.