How to Play VALORANT Maps 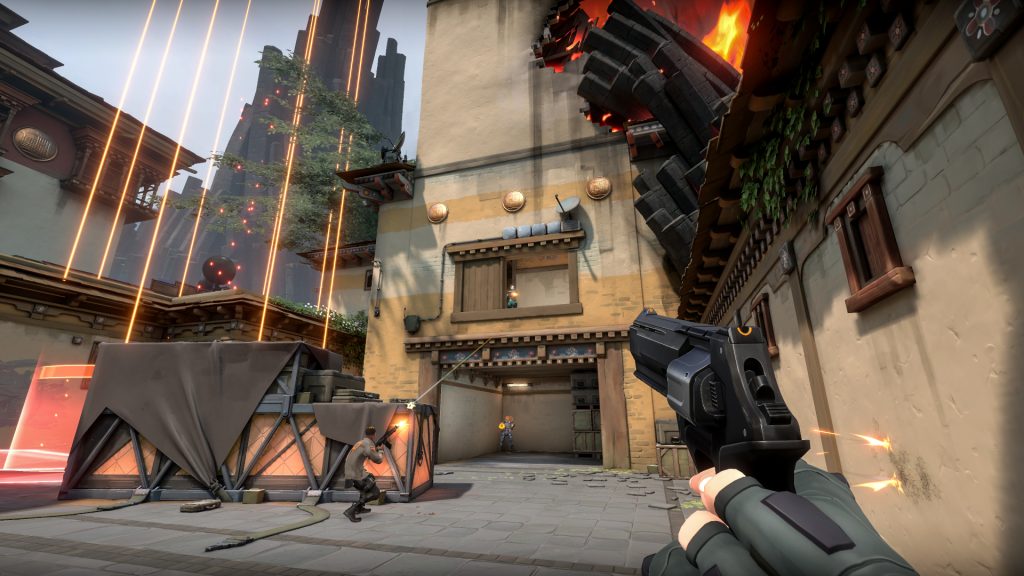 Each VALORANT map has a unique playstyle, meaning each experience is quite different. (Photo courtesy Riot Games)

Riot’s newest tactical shooter VALORANT has been in closed beta for a month, becoming more and more available across different regions. The beta has launched with three maps so far, Split, Bind and Haven.

Each VALORANT map currently available in the beta has a unique playstyle, meaning each experience is quite different. From long angles to maps with three sites, each map has a unique flavor, each with distinctive challenges. This guide will help cover the basics of how each map works, with strategic ideas to kickstart your VALORANT experience.

Split is VALORANT’s map known for its intense mid battles and long angles. Attackers generally have a terrible time on this map due to the need to push choke points against the defenders holding long angles.

Attackers must go through a very long choke point on A Main to get to the bombsite, with the same procedure occurring on B site. Defenders can take full advantage of better accuracy, courtesy of VALORANT’s mechanic of punishing run and gun gameplay. Therefore, attackers are way more exposed to getting picked off on Split. It’s common to find attackers in numbers deficit on the post-plant.

However, Split has one of the best mid control contests in the game. Whoever owns mid control is more likely to win the round. Defenders naturally start with middle priority due to the way the prep phase works. But if the attackers gain mid control, then their ability to plant becomes much more manageable. A Site now has three ways attackers can come from, while B’s default angles become exposed from B Tower and Rafters. Since the 0.50 VALORANT patch, attackers have a better time attacking Mid. Attackers now have a better time playing this map, but it’s still a difficult task. 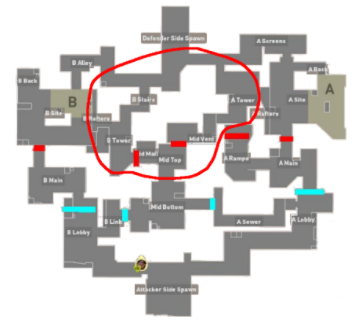 The red circle indicates how much map control mid has over the round.

For an attacker, owning mid control gives the ability to quickly rotate the bomb from one site to another, especially A to B if A Tower is clear. For the defenders, having mid control means the attackers now have fewer attacking points. Consequently, attackers will have to resort to the brutal A Main or B Main funnel angles.

To see this in action, Michael “Shroud” Grzesiek’s clips from the T1 VALORANT tournament highlights the power of mid control from both sides. See the clip below on why it makes attacking B easier. For contrast on what defender control looks like, see 9:52 in the video below. 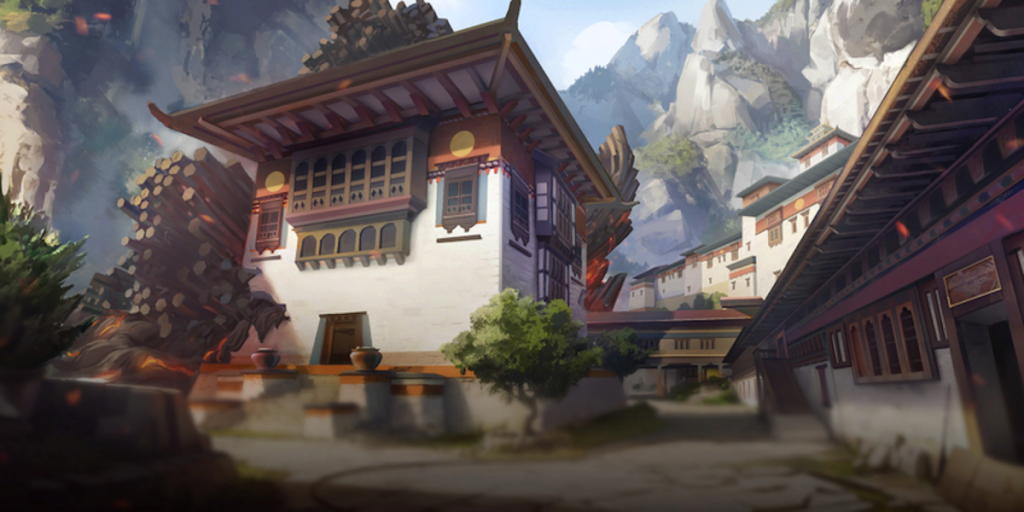 Haven is unlike most other tactical shooter maps. This map goes against the usual two bomb site formulae by using three instead. This map spreads attackers and defenders thin but provides plenty of rotate points and split entrances to make up for it.

The primary way to play this map is through its mid contention. Attackers and defenders both have two ways to enter mid contests. One pathway leads directly onto B site, while the other offers a split way into C. To make B and C accessible as sites, attackers need to make picks or place lots of pressure. In turn, defenders get a significant boost on this map from intel Agents – Sova and Cypher, or Agents that can stall – Brimstone or Sage. Intel Agents are crucial for understanding attacker intentions, so bringing at least one to a team is advisable. As for stall Agents, this makes it harder for attackers to gain the needed picks early in the round. The below clip is an example of the attackers playing slow on B, but a Recon Dart foils their early intention.

On the other hand, A plays out more like a tradition tactical shooter site, with a long and short route. Despite it feeling more like a tradition site, this still requires the same coordination and pick potential to open the site up. Once again, this map loves rotates, so defenders rotating from B can go to Heaven or approach from Defender Spawn and get back into the action.

Overall, this map is mainly about team coordination, area denial, vision denial and intel gathering. This map perhaps offers the most flexibility in team comps, as every ability has a role on the map. Playing as a team to get crucial picks is what makes this map. During the May T1 VALORANT Invitational, several teams made amazing clutch retakes, particularly on C. This map is a clutch map. One where tactical and fragging gods alike can shine on.

Team Shroud is making a RUN through the lower bracket, and this @Hiko 1v4 was just

Bind is a unique VALORANT map primarily for one feature – teleports. The map has two, one-way teleports, leading to locked rooms only openable from the inside. This makes the map incredibly quick to rotate to new sites, with the added safety of controlling when to assault. One is in the middle of A short, with the other located at B Long.

B Long’s teleporter fast tracks the user to A Lobby, which is one pathway onto A site. The A short teleporter brings you to mid, which is a split entrance to take B. Both teleporters need control; otherwise, it may become a lot harder for one site to control the influx of new attackers, or retaking defenders. Not to mention the audio queue from a teleporter use adds that extra bit of excitement from adapting to the situation,

Because of the need to control these angles, it sets up great early skirmishes. A Short quickly turns into a firefight, with utility and frags going down. Not to mention if defenders withdraw from that position, it sets up A to safely plant. The other way to attack A is through Bathrooms. This is a close chokepoint, but flashbang Agents or zone control Agents are great for dealing with this situation.

As for B, B long is a site that attackers need to push for a B take. Defenders on B long hold angles that cannot be naturally pushed without attackers exposing themselves to a lack of cover if they assault through B Window. So, B requires much more communication to breach the B site successfully.

This clip below shows how valuable the B long position is. By offering the attacking force B long for free, they can get onto the site and help the mid-to-B players get on site.

Overall, this map is a fast-paced map. A mix of initiator and d strategies comes into play when dealing with this map, which makes it very different based on the setup a team brings.

As you can see, VALORANT maps are incredibly different and offer a lot of varied gameplay between maps. Also, because of the difference in agent playstyles, there are plenty of different scenarios to find yourself playing. This guide highlights just a few ways to approach the game. Feel free to get creative and work out ways you can bring success to your team by using your new-found knowledge.