How to Play Trench In Rogue Company

Trench has access to the most utility of any rogue in the game and his DMR is deadly. (Photo courtesy Hi-Rez Studios)

Trench is an area control rogue. He has access to long range weapons, an barbed wire ability that will help slow enemy pushes, and he can carry the largest amount of non-lethal utility available to any rogue in the game. He is also one of the six rogues available to play from the very start of Rogue Company. Although he may not bring a lot of lethality in his kit beyond his guns, he more than makes up for it with the sheer volume of utility he can use in the mid and late game. Trench is a solid pick in many defensive compositions, and works well in some offensive compositions as well.

Trench’s active ability is a barbed wire grenade. He can throw this grenade a moderate distance away from himself to deploy a decent sized barbed wire field that will slow down enemies who try to move through it, though it will not damage them. Enemies will also make noise while pushing through the barbed wire, which can reveal their location to you or your team. The barbed wire grenade is a great tool for solo holding a site or blocking off a popular choke point from enemy intrusions.

His passive ability is called Gadget Up. The ability allows Trench to carry an additional gadget, i.e. an extra grenade or piece of utility. This alone is helpful for the rogue, since he can carry extra utility, however this ability can get kind of broken when paired with Dahlia’s passive ability Buddy System which lets her adopt the passive of one of her teammates. If she links with Trench, she can also carry extra utility as well which is possibly the most broken rogue combo in the game, so keep that in mind when selecting your team composition.

The first weapon available to Trench is the HRM-30KS Assault Rifle. This automatic rifle is effective at medium ranges, and can be used at longer ranges if you tap fire to reduce the overall spread of the bullets. At its lowest tier, it has a relatively small magazine which can only hold 20 bullets with a reload time coming in at 1.9 seconds. 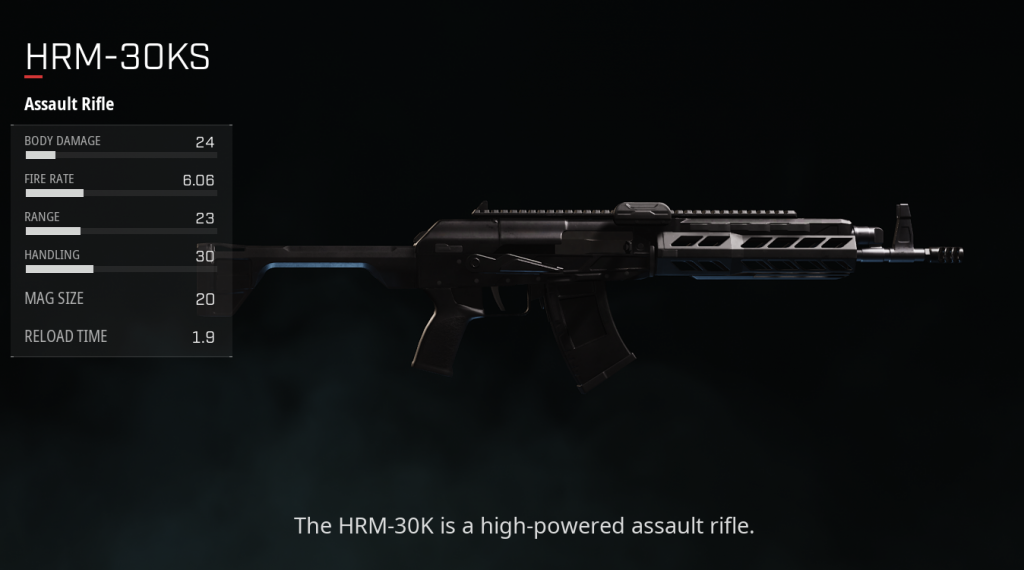 At the base level, the HRM deals 24 damage to the body and 23 damage to the body at range, so it will take five shots to down an unarmored enemy. If you upgrade the HRM to tier 1, it will deal 27 damage at range, which means it will take four shots to the body to kill an unarmored opponent. Upgrading the weapon to tier 2 will increase its hip fire occurrence, and upgrading it to tier 3 will reduce its recoil and add a suppressor.  When the recoil is properly controlled, the HRM-30ks can be an effective weapon for medium range and close range encounters.

The other weapon available to Trench is the MX-R battle rifle. This semi-automatic battle rifle is designed primarily for long range combat, and is most deadly when you can master the skill of ducking in and out of cover while landing headshots. This weapon features a 12 round magazine with a 2 second reload. 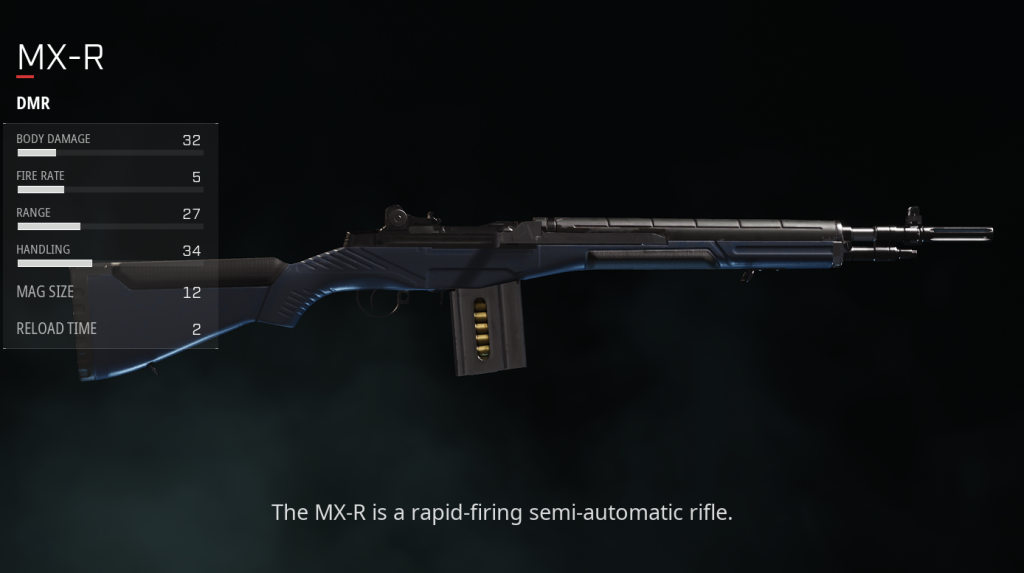 At its base level, the MX-R DMR deals 32 damage to the body and 27 damage at range, which means it can kill in four body shots at any range by default. If you upgrade it to tier 1, the magazine size increases to 18 shots, if you upgrade it to tier 2 the range damage of the MX-R increases to 32.5, and at Tier 3 the weapon sees a reduction in its recoil and the addition of a suppressor. At no point along the upgrade path is this weapon able to kill in less than four body shots, however, if you can land headshots this weapon becomes a very real threat.

Pistol wise, Trench is equipped with the standard Executioner pistol, which deals 32 damage to the body, 15 damage at range. Upgrading the pistol will increase its magazine size from 12 to 16 at tier 1, and increase its handling from 28 to 34 at tier 2. 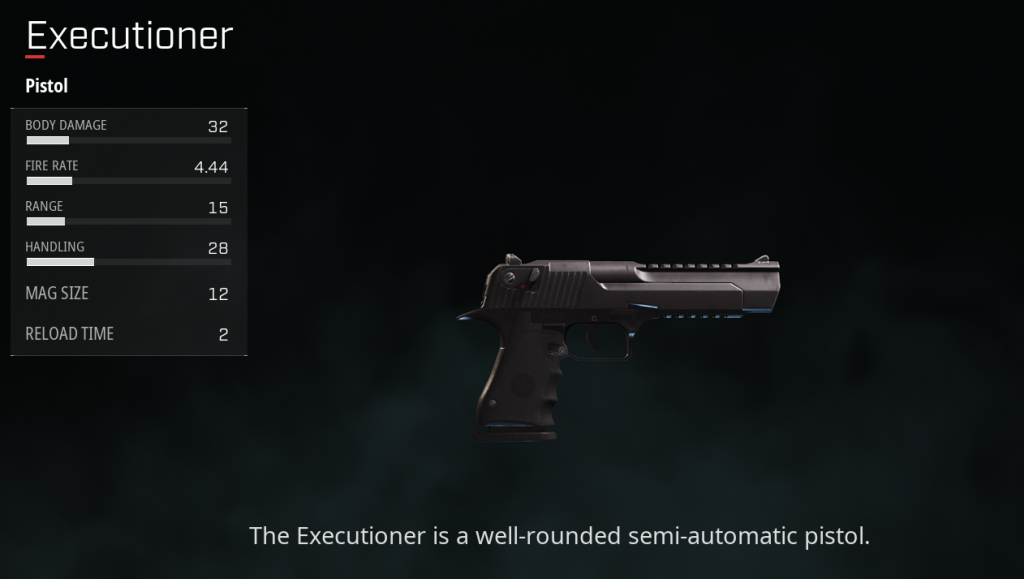 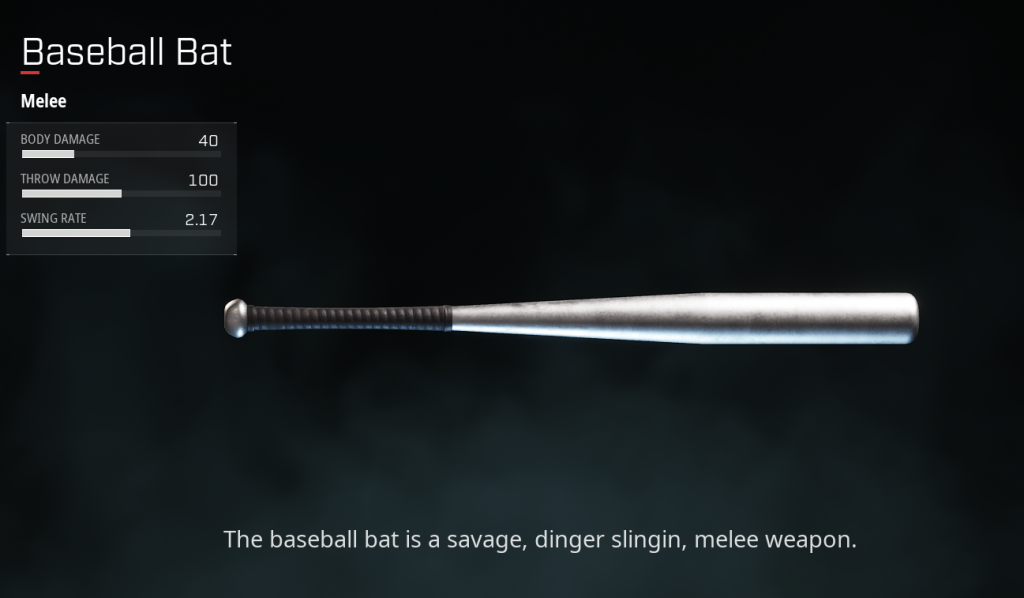 Trench can carry a useful gadget called the Active Protection System. This system will automatically destroy incoming enemy grenades and explosives. This gadget makes Trench a great character to bunker down with, since it is more difficult for enemies to use grenades to force him out of position. At the base level, this gadget negates a single projectile. At tier one, its effective range goes up and it can block an extra projectile. At tier 2, you can carry two Active Protection Systems, which ends up being three systems when you factor in Trench’s passive ability. 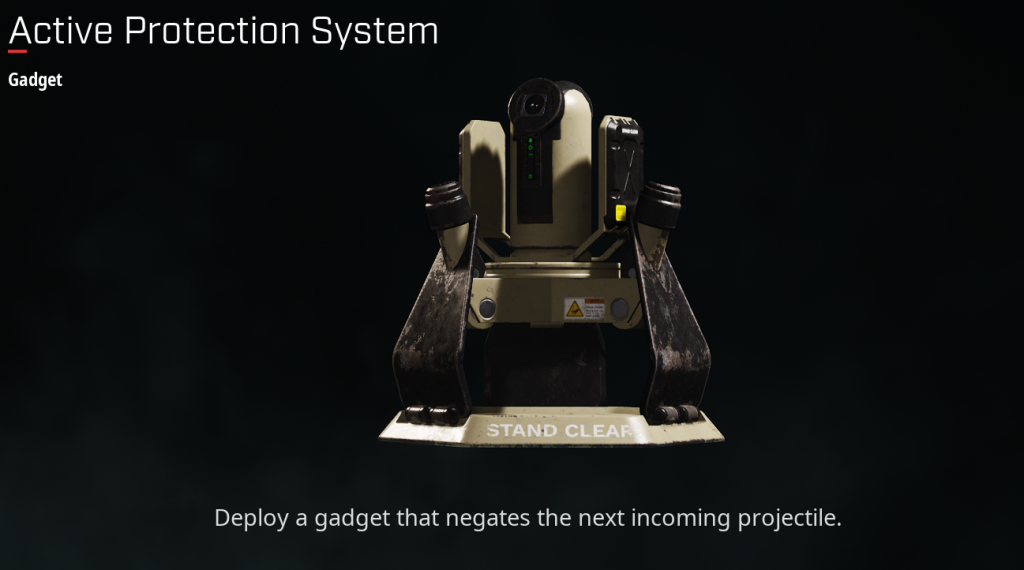 Trench has access to a tear gas grenade for his other gadget. The tear gas grenade does exactly what it sounds like it would do, it deploys a cloud of tear gas that disorients enemies who run through it, with the exception of Anvil who is immune from disorient effects. If you upgrade this ability to tier 1, the gas will last longer. At tier 2, you will be able to carry two tear gas grenades. It’s an okay option, but if you have to choose between it and the Active Protection System, choose the Active Protection System. 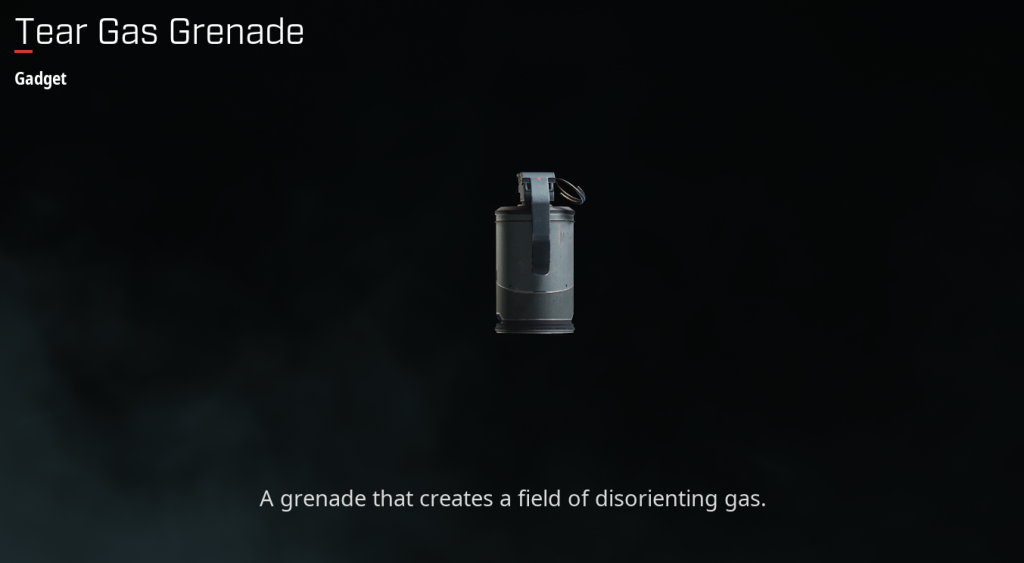 Here is one suggested buy order for Trench over the first five rounds:

This initial buy order will get you an upgraded primary weapon going into the third round. This is crucial to Trench, since ultimately your survival rests upon your ability to win aim duels, often against multiple assailants. His best piece of equipment is definitely the Active Protection system, especially since with your passive you will have two of them right off the bat, so buying that should be your next priority. After you have acquired that, you should start building up the perks like Bounce Back and Head Strong that add to your tankiness and ability to bunker down on a site.

Use two Active Protection Systems in the same spot to really secure a location. Typically a player would need to upgrade their APS gadget to tier 2 in order to access two systems. However, since Trench’s passive allows him to carry an extra piece of equipment, Trench can have his double APS system much sooner than other defensive players like Anvil. If you upgrade the APS gadget to tier 2, you will be able to drop three APS systems, making you nearly unassailable with grenades.

Try out his DMR instead of his assault rifle. Although intuitively many players lean toward his automatic rifle, his DMR is the better weapon for Trench’s playstyle. It has incredible damage potential while only requiring players to quickly peek out of cover to take shots. Since you will be spending a lot of time behind cover, it would behoove you to have a weapon that is effective at a variety of ranges, and hits hard while limiting your exposure to enemy fire.

When playing Trench on offense, sometimes it’s better to save your barbed wire until after the bomb is planted. You can use it to block the enemy team from reentering the site. Not only will it be an annoyance to the enemy team, it will also provide crucial intelligence about where the enemy might be to you and your team, which can often be the difference between winning or losing a round.