How To Play Support In League of Legends 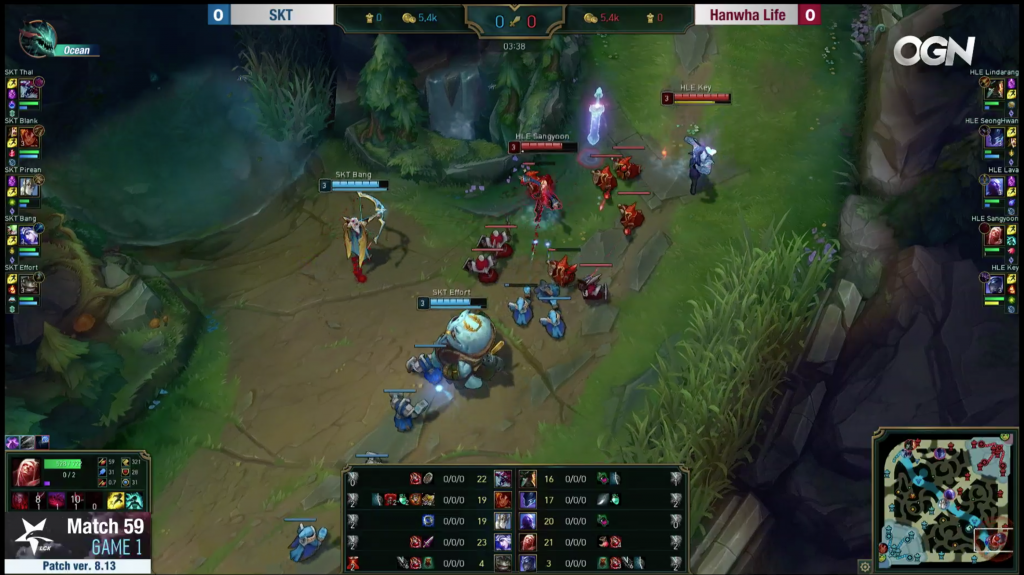 Supports are the guardians of the team. Behind every good carry, you’ll find a support who is enabling them to success. What follows is how to make the most of your games on support to guide your team to a win.

There are two main categories of support champions: tanks and enchanters. Tanks are picked for support because of their engage. In this low economy role, tanks that have little or no crowd control are not viable because they cannot afford items to offset this weakness. Support tanks are expected to have just enough tankiness to get off their crowd control before going down in fights. Typically they will prioritize building items that help protect their carries, even if they give the support less stats.

Enchanters are picked because of their ability to keep their carries alive. They work best with a strong carry or carries that the enemy team must focus attention on quickly in fights. Enchanters use shields or heals to keep the carries alive longer than they would be able to stay up on their own. Enchanters also often have peeling abilities for their carries. These are handy for keeping assassins and melee champions from getting on top of the carries.

Supports can pair Flash with Ignite, Heal, or Exhaust. Ignite is the aggressive option in lane. It is most often seen on supports with early access to crowd control. This also typically ends up being tank supports. Heal is a great choice when your bot laner decides not to take it for themself. It is not most efficient to take on support, but can be better than having no Heal in lane at all. The double heal effect is still powerful in 2v2s. Exhaust is great for helping to peel for your carries. This most often is taken by enchanter supports.

Most bot laners are AD carries and most supports lack damage, so the primary form of trading in bot lane will be loaded into auto attacks. The greater the gap in auto attack range between two champions, the easier it is for the champion with the higher range to get in auto attacks without a counter auto attack from the enemy champion. Bot lane is especially difficult to keep track of because there are two champions on each side.

In addition to auto attacks, spells must be kept track of in lane. The three pieces of information you must keep track of for spells are range, cooldown, and whether or not the spells pass through minions.

As the support, you don’t have to worry about dealing the killing blow to minions. This means your job is to focus on trading during the laning phase. A great time to attempt a trade is when one or more of your ally minions are low on health. This forces the enemy bot laner to choose between walking out of range, returning the trade, or taking the damage to secure the last hit. In any case, you are forcing a choice that has a losing outcome for the enemy.

Using the bot lane brushes to trade is very effective as a support. Ducking in and out of the brushes allows you to set-up trades without telegraphing your movements to your opponents. Returning to the brush after trading also allows you to drop minion aggro.

As a support, warding is one of your primary responsibilities in the game. You are expected to have Vision Wards on the map at nearly all times in addition to the Warding Totems and Sightstone wards that you place.

Warding the bot lane brushes can be helpful in laning phase as well. Placing a Warding Totem can stop an enemy support from setting up an engage or trades on your bot laner. Placing a Vision Ward in your turret side bot brush can allow your jungler to get in undetected for a lane gank.

Outside of bot lane, supports often roam up the river during laning phase to secure more vision. Going up as far as the bot-mid brush is very common to scout against mid lane roams and enemy jungle movements. Supports can also coordinate with their ally jungler to place vision deep in the enemy jungle.

Supports often swap their Warding Totem for an Oracle Lens. When their support quest completes for extra wards, there is no longer a need to carry a Warding Totem because there is a cap of three wards down on the map per player. Oracle Lens is instead used to deny enemy vision.

As a support, you are often at the discretion of how your ally bot laner wants to manage the wave. Your damage and waveclear are often lacking, so communication with your bot laner is paramount.

One wave management technique that is consistent across games is the race to level 2 in bot lane. To hit level 2 on both champions, bot laners must kill the first minion wave and the three melee minions in the second wave. Your role as a support is to help get the minions as low on health as fast as possible without last hitting them yourself. Often this will be left to your auto attacks because you only have one spell available at level 1.

If you are able to hit level 2 before your enemies, it’s a great time to make an extended trade or all-in the enemy. You have three things working for you at this point. First, at level 2 you have unlocked a second spell on each champion. Second, your level 2 bonus champion stats are also passively applied. Finally, your minion wave should be bigger than the enemy wave because you killed the minions faster.

If your bot laner is ever recalling to base and the wave is pushing toward your turret, you can attempt to freeze the wave for your bot laner. This means tanking some damage from the minion wave outside of turret range until your ally minion wave arrives. Doing this allows your bot laner to come back to lane and get the gold and experience he otherwise might have missed out on.

Flash should be used only to secure a kill or prevent death in lane. Oftentimes as a support, that means using a defensive Flash to get away. Later in the game, supports use Flash differently than other roles. Tank supports will use Flash to engage and use their crowd control effectively on enemy carries. Enchanters will use Flash to save ally carries whenever they are otherwise out of range.

Ignite is used in lane whenever you are going for a kill on the enemy laner. It is too long of a cooldown to use as part of a regular trade in lane. However, you still want to Ignite early in the trade because most bot lanes run Heal. Igniting before the enemy can Heal will either force the enemy to hold onto their Heal or have its effect halved. So when you are sure you want to all-in the enemy, Ignite can be used sooner rather than later.

Heal should be used for the ally bot laner whenever necessary. As the support, it is your job to keep the bot laner alive. This means using Heal even if you are full health yourself. In very specific scenarios, it may be valuable to use Heal to chase down an enemy or to run away from a gank without using Flash. However, if you take Heal as a support, it should be with the goal of using it on your bot laner.

Exhaust is a primarily defensive spell for supports. Anytime an all-in occurs, Exhaust can be used to negate a burst of damage from whichever champion has the highest damage output. This is often the enemy bot laner, but can also be the enemy support, jungle, or mid. In teamfights, a support should prioritize using Exhaust on the enemy champion that is trying to kill your most valuable carry. Exhaust can also be used offensively to slow down a fleeing enemy champion.

There are times in a 2v2 lane that your carry does not need you in lane. The enemy could have recalled back to base, the wave could be crashing under your own turret, or the enemy laners could be low health and unthreatening. At these times, you can roam around the map as a support to help your other teammates.

Warding is a big reason to roam in the early game, as mentioned earlier. Getting vision across the river and into the enemy jungle can set-up plays for your team and negate them for the enemy team.

While not powerful in damage, most supports have some crowd control to use to gank lanes. Supports can also see if junglers are contesting the same jungle camp or fighting over vision and rush over to offer aid while their ally bot laner plays safe in lane in the supports absence. Always be sure to communicate when you are roaming with your carry.

A third, less common support type is burst mage. Try this out with champions like Brand or Vel’Koz if your team is lacking damage in the rest of the composition.

In teamfights you want to save your shields and heals for your carries. However, in lane it can be effective to throw a shield on yourself to walk-up and make a short trade in lane while your bot laner continues to farm minions.

When warding, try to envision what routes the enemy could take to gank your or your allies’ lanes. With your access to three wards and a Vision Ward, you can often ward out every available enemy path on one side of the map.

You can help prepare minions for your carry to last hit under turret. One trick is to auto attack caster minions once. This puts them in an easy kill range for your bot laner after they take one turret shot.

Don’t be afraid to Flash away from the action in teamfights as a support. You are often very squishy from your low economy build and cannot help your allies while dead.

Make sure your path is safe when you go to roam. If the enemy jungler and mid laner are unseen on the map, you could be walking into your death if you stray too far up the river.