How to Play Skye 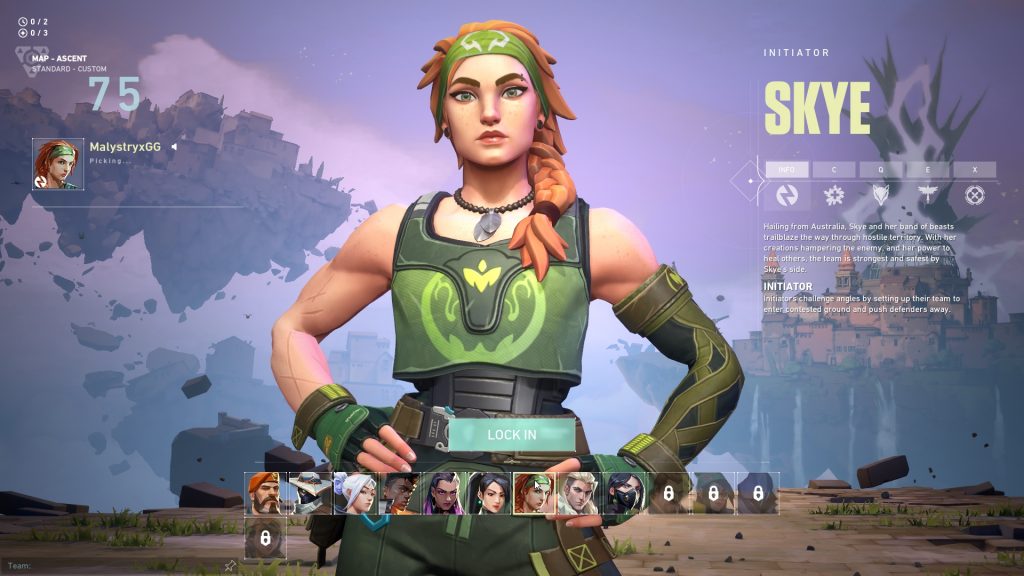 Skye is the newest legend in Valorant and the first initiation hero to be released since the original launch. Her toolkit is incredibly versatile as she not only has two recon abilities but also an AOE heal and a flash. We delve into the new agent who arrived as part of Patch 1.11 and offer some tips on how to make the most of Skye.

Guiding Light is all about the verticals

Guiding Light is Skye’s signature ability and it equips the Australian initiation agent with a hawk trinket which can then be sent forward using FIRE. You can have up to three charges of Guiding Light each costing 100, and you start with a single charge.  Guiding Light will follow the direction of your cross-hair much like Jett’s Cloudburst, meaning you can bend it around corners and over obstacles by holding down the fire button. When using the ability try to make use of this otherwise the hawk will often blind your allies or get shot down easily by the enemy as it only has 60 HP.

Once you set the Hawk on its path it lasts for four seconds during which you can move and engage in combat. Re-using the ability during its flight will cause the hawk to explode creating a flash bang in the area and giving off a warning sound. 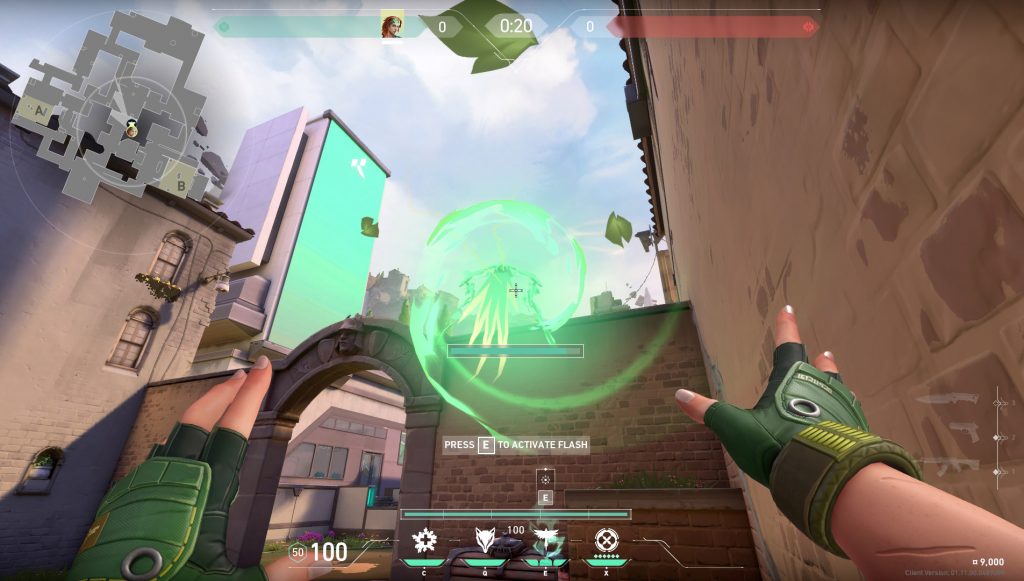 Make use of the fact Guiding Light can be fired vertically over obstacles.

Much like with Phoenix’s Curveball you’ll want to follow your flash round the corner to push Long bomb sites. One massive perk of Guiding Light over Curveball however, is that the hawk is a flash that can fly over buildings and walls, making it the VALORANT equivalent of a Counter-Strike flash grenade. Make use of the verticality and reach of this ability to truly gain the killer edge as outside of Reyna’s Leer, it is unique.

Guiding Light can be a tricky skill to master in certain map areas for example B-site on Icebox, but over the wall on A-site Long on Haven for example, it can catch the enemy completely off guard. Use Guiding Light to set up your team for a peak or a rush and pay close attention after activating the flash for a high not low pitched screech, as this is a sound cue that you have flashed at least one enemy successfully.

Remember Guiding Light does not have infinite distance and will disappear after four seconds. If you fail to activate the flash and the timer runs out the hawk simply disappears, 100 credits wasted. Guiding Light is Skye’s initiation ability and while it is extremely potent it is quite awkward to get the hang of especially while in motion. Take the time to practice it with Skye in a custom lobby and remember it is far more effective when pushing with a team than solo. 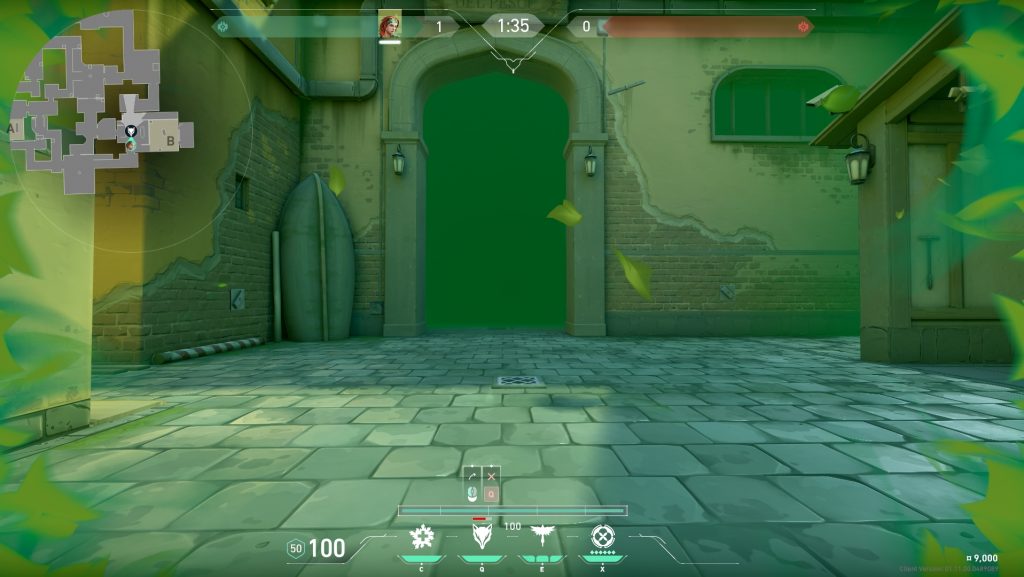 While controlling Skye’s Predator you will have limited vision and field of view.

Trailblazer is to scout not kill

Trailblazer costs 200 credits and you can only carry one charge. When activated it will equip a Tasmanian Tiger trinker which will transform into a controllable predator when fired. The predator like Guiding Light’s hawk has only 60 HP and can be shot down before activating if used ineffectively. FIRE will trigger the predator to leap forward, exploding in a concussive blast and damaging enemies in the vicinity.

The concussive blast of the predator is similar to that of Cypher’s Tripwire or Breach’s Fault Line, limiting vision and rate of fire for the duration. While your eyes might light up at the possibility of going for predator kills, realistically it’s not going to happen. A leap strike deals a measly 30 damage, so you shouldn’t be going in expecting to kill with Trailblazer. Instead use it as a recon ability to scout out choke points or sniper alleys.

Although the predator moves swifter than Sova’s Owl Drone, it’s vision is limited which you should bear in mind when using or facing a predator. It is also extremely noisy while in movement so give up any ideas of stealth, your enemy will know the predator is coming. Despite Boombot, Alarmbot and Killjoy’s Turret not detecting a predator, the majority of other agent recon abilities do. A predator will trigger Cypher’s Cyber Cage and Tripwire, and will be picked up by Sova’s Recon Bolt.

Your goal with Trailblazer not to surprise the enemy but to simply locate their positions or push them off angles. If you use the ability with this in mind, you will maximise its potential. For 200 credits this ability is worth getting every round just for the amount of recon you can gather.

Regrowth wisely or pay the price

Regrowth is a channeling AOE heal that allows you to heal a certain amount of HP each round. Unlike Sage’s Healing Orb, Skye’s Regrowth can not heal herself which is a drawback, but it can heal multiple allies across a round.  One other perk when compared to Healing Orb is that Skye’s Regrowth can heal multiple allies within the radius simultaneously.

In order to channel Regrowth Skye must holster her weapon so do not let allies pressure you for a heal. Instead ensure you’re in a safe space and let your ally know it is their job to protect you. Regrowth can be reused until Skye’s healing pool is depleted and costs 200 credits. While the AOE Regrowth heal does seem rather overpowered on paper, the fact it is not recharge and heals significantly slower than Healing Orb makes it very situational. You’re better to invest into Guiding Light or Trailblazer.

When to use Seekers

Compared to other agents’ ultimates Skye’s Seekers initially seems nothing to write home about. The ultimate which requires six points sends out three Seekers which will track down the three closest enemies. Seekers move relatively slowly,  have 150 HP, and on discovering an enemy deal no damage but instead merely nearsight them. The fact Seekers can be shot down has led to many players finding the ultimate underwhelming, but when timed correctly Seekers will offer invaluable intel.

Seekers excels when used ahead of retakes or to give you intel on whether an enemy team in the vicinity has decided to rotate. Using Seekers when close to an enemy instead of using it blind means they will have less time to react and you will be close enough to capitalise on their attention being momentarily drawn to the Seekers. Do not use this ability when arriving at a deserted bomb site in the hope of working out where they went, as the Seekers will either be shot down or the intel you gather will be no longer relevant by the time you arrive. Fun fact Seekers will still find their targets in Viper’s Pit and will even break through Sage’s wall to find their targets.

If you plan on playing Skye you need to be on comms warning your allies of your impending actions otherwise it will be a disaster. Poor communication will lead to allies being blinded by Guiding Light or you being left defenseless while in predator mode or healing with Regrowth. Skye unlike Phoenix or Reyna is not a solo hero, and works best when working in unison with other players. Going off on your own hoping to get a surprise kill with Trailblazer or Guiding Light is not the play.

Skye’s role is an enabler, your job is not to lead from the front but instead create the window of opportunity for your team to do some damage. Use Trailblazer and Seekers to gather recon so your team is not going in blind and make use of Guiding Light to allow your allies to push onto objectives. Regrowth can then be used to heal allies ahead of a retake. Skye’s abilities make her strong on Attack but not so much on Defense, so ensure you’re not left to defend a bomb site alone and communicate that you’ll need backup.

If you’re after kills to your name Skye is not the agent for you, but if you stick with the team and enjoy coordinating attacks then you better finish her contract and get her unlocked.