How to Play Samira 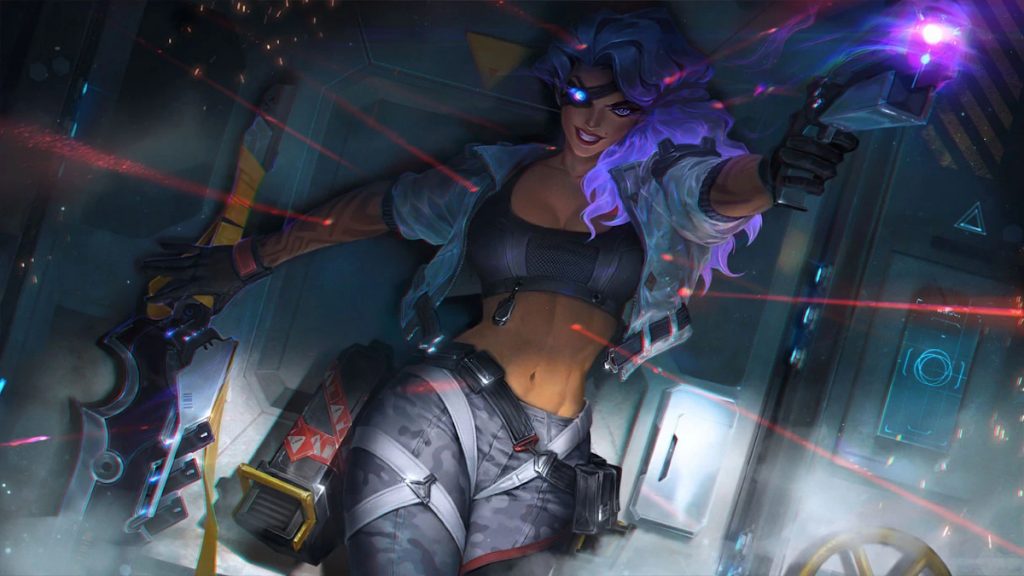 Samira is one of the most exciting champions added to League of Legends and has plenty to think about if you want to master her. Image courtesy of Riot Games.

Samira is the fourth new champion that Riot Games has released into League of Legends in 2020. The champion is the latest Marksman that joined the Summoner’s Rift in 10.19 and is one of the most hotly contested champions in the game right now.

Samira, the Desert Rose, is the hype master, building up combos and unleashing extremely powerful AD damage. While the champion was already hotfixed on day 1, she remains a powerful champion based on risk and reward. This guide is all about getting the best tips and tricks for you to learn to play Samira effectively.

Samira is a high-risk/high-reward Marksman that requires getting into the thick of combat to bring out the best of the champion. Samira only seems to have a ranged weapon for a few reasons. One reason is to CS safely in the laning phase, while the other is to use a weak poke with the Q or frantically shoot with her Ultimate. To use the Ultimate, the player must first unlock the it by using her other attacks and building up hype. When you attain enough hype, the Ultimate becomes available for a grand hype spender, ultimately closing Samira’s rotation out with a bang.

If Samira can chain different abilities and basic attacks together, then she increases her style. Every time this is successful, she gains a letter, starting from E and ending in S. There is a total of six letters in the passive. Every letter in her style meter gives her bonus movement speed for those stylish plays.

Furthermore, Samira equips both a sword and gun, allowing her to deal melee and ranged auto attacks. If she auto attacks in melee range, she deals bonus damage. Finally, she can extend the CC duration on movement impaired opponents by juggling them in the air.

Samira fires a shot at an opponent when she is in range with her guns.  Enemies in melee range will instead be sliced at by her sword. Both the sword and the gun deal the same damage, but it is worth noting the sword deals damage to multiple enemies.

Using Flair while dashing with Wild Rush will cause the Flair’s damage to occur at the end of the dash.

Samira slashes her sword around her, damaging enemies in the radius and destroying enemy missiles in the area. The ability triggers the first spin as the ability is cast and the second spin at the end of the duration. This can clear two sets of missiles and can hit a champion twice with some excellent positioning. Note this does not deflect tower hits.

Samira dashes through enemies or allies, dealing magic damage to enemies she passes through while granting her bonus attack speed for a duration. Takedowns on opponents reset this ability.

Samira unleashes a torrent of shots from her guns 10 times. These shots deal physical damage, applies life steal and can crit opponents.  The ability can only be cast if she has filled her passive meter to S, the final letter in the meter.

Samira is strong throughout all points of the game. However, she needs to play sensibly if she wants to benefit from her raw power; otherwise, she falls behind, and the Lady of hype does not like that. Therefore, it is best to think twice about what it is you want to do.

Take the laning phase, for instance. Samira is strong with her core rotation and can quickly duck in and out of trades with bonus movement speed generated on her passive. One way to trade is to get a pistol shot off with her auto-attack. If you E close enough to an enemy to get a Q off then quickly walk off with the W activated, you may pull off some damage as you are backing out, while clearing out the enemy auto-attacks.

Although, Samira needs to be careful when dealing with jungle ganks or the cc from the enemy support. If Samira finds herself in a numbers disadvantage as the enemy jungler arrives or the enemy support locks her down, then it can spell disaster. Samira wants to play aggressive, but only when it is best timed and played right. It is best to think of Samira’s laning phase in a similar way that a Draven would play in lane.

Champions that work well with he,r synergy wise, are champions that want to all in or offer lots of support. Nautilus, Leona, and Allister are good shouts if you want to play in a kill lane. If you want to harass and control the lane in your favor, then enchanters like Karma or Lulu are for sustain and mitigation that Samira can use if a trade doesn’t go too well.

It is important to remember that the supports that bring out the better qualities in Samira can also punish her on the other team. For example, if the Samira plays poorly and the enemy Karma sustains her Marksman correctly, then Samira may come out worse. Hard CC supports like Allistar can catch her out if she misplays with her E, locking her down for the kill. These are important factors to consider when trying to get pressure in the lane.

Samira shines the most when she leaves the lane and participates in the team-based objectives of the mid and late game. Samira will naturally find more targets to trigger her style points off and then get the most out of her R when she inevitably gets there. However, the more people to proc her passive means, the more chances she gets shutdown. This is where it gets fun for Samira.

The biggest skill to learn on Samira is positioning in the mid and late game. Being just out of reach as fights break out is smart, and you can continue to build up your passive from safe range auto attacks and poking with the Q. Once when the enemies’ attention is on the other members of your team, you can start going in with your e, melee auto attacking, and pressing Q again if it is up. You can also use your W to block missiles from the enemy for you and your team. With all that done, Samira will have her ult up, along with plenty of bonus movement speed to get to the enemy backline and still hit the frontline with her ultimate.

While that is the dream scenario for Samira, there is one other thing a Samira must master, and that is monitoring CC. This is the next big part of mastering Samira as all it takes is one CC to take this high tempo Marksman down. For best results, you need to keep track of ways the enemy team can lock you down, whether that are stun locks, knock-ups, snares, etc. One solution to avoiding getting chain CC’d by enemies is by positioning well, or by paying close attention and use your game knowledge.

Samira is a simple enough champion to build. AD, life steal and crit are the three stats that Samira needs to look at. The best items for Samira are a blast from the past the likes of Essence Reaver, Infinity Edge, Phantom Dancer, either Death’s Dance or Bloodthirster for sustain, Guardians Angel, or a Last Whisper upgrade in case you need some armor pen in some situations. There is no particular build order from these items, although it is better to get Essence Reaver as your first item, as it is more beneficial in the early game. From there, every other item comes as and when you need it.

As for the rune page, Conqueror is the best rune simply because Samira needs time in combat before she pops off. Then runes like Overheal, Bloodline, and Coup de Grace are the other runes to take after Conqueror. For the second rune tree, Domination is the choice for the additional healing from Ravenous Hunter and bonus damage from Eyeball Collection.

With all that said, there is quite a lot to think to get the snowball rolling on Samira. There is likely more nerfs coming to Samira as she still feels strong in the games she escapes the ban phase. But with all that said, these tips and tricks are still very important for getting better with this champion.