How to Play Rampart 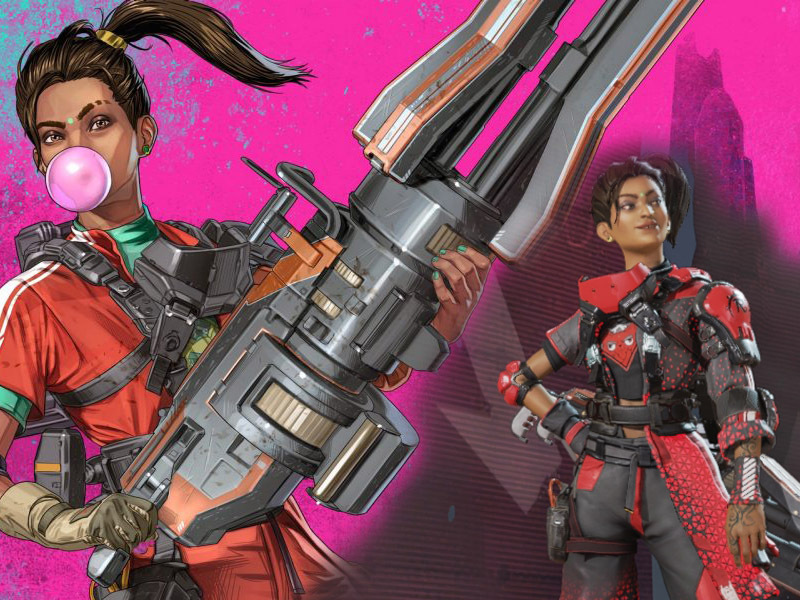 The quick-witted modder Ramya Parekh, better known as Rampart, is the newest legend to hit Apex Legends, and arrived as part of Season Six on August 18th. The 21 year-old’s backstory is that she is the “best modder in the Outlands”, and the static defender legend’s playstyle is redefining online play. Rampart excels in the late-game at holding down the fort with her Amped Cover and Emplaced Minigun, plus Respawn Entertainment decked her out with some truly great quips. Here’s a run down of how you get the best out of Rampart, and also a few tips and tricks to stop an opposing Rampart as well. 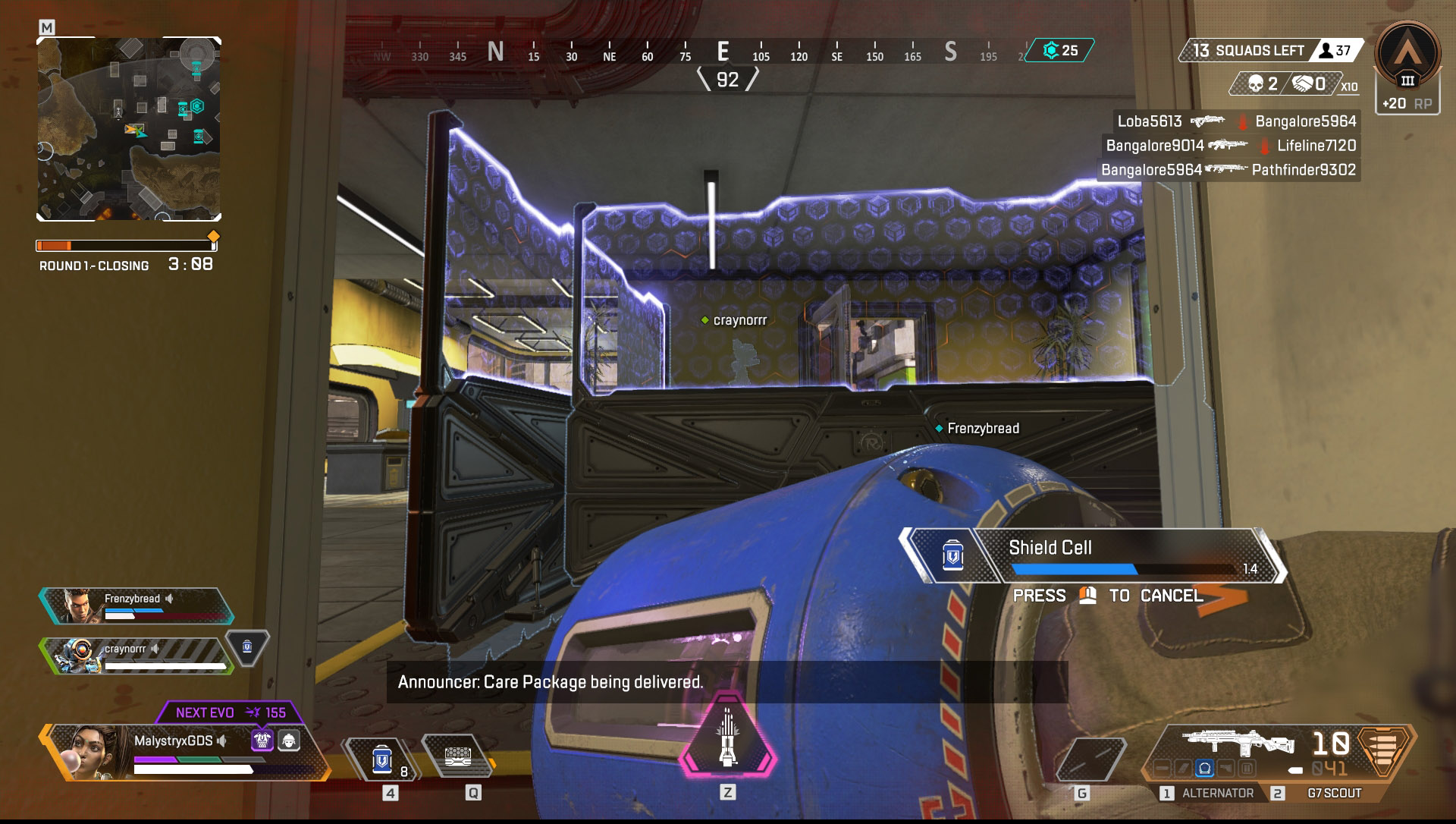 Use Amped Cover to block off their angles to give you time to heal. (Photo courtesy Respawn)

Rampart’s tactical ability is called Amped Cover, and it constructs a crouch-cover wall over a few seconds. The orange side of the wall blocks all incoming fire, while the upper section of the blue side boosts damage from firearms by 20%. It does not increase the damage of projectiles or legend abilities  Although you can only have up to three Amped Cover charges, you can have up to five Amp Shields placed at any one time, similar to the cap on Caustic’s Nox Trap. Given Amped Cover can block certain legend abilities such as Revenant’s Silence, don’t be afraid to place more!

After being placed, Amped Cover takes several seconds to be completed, so it’s crucial you install them before combat breaks out. During their assembling phase, a single shot will destroy an Amped Cover, so if you’ve made a hot drop and anticipate combat, drop them early. Do remember that Amped Cover is crouch height, meaning both you or your enemies can jump over them. 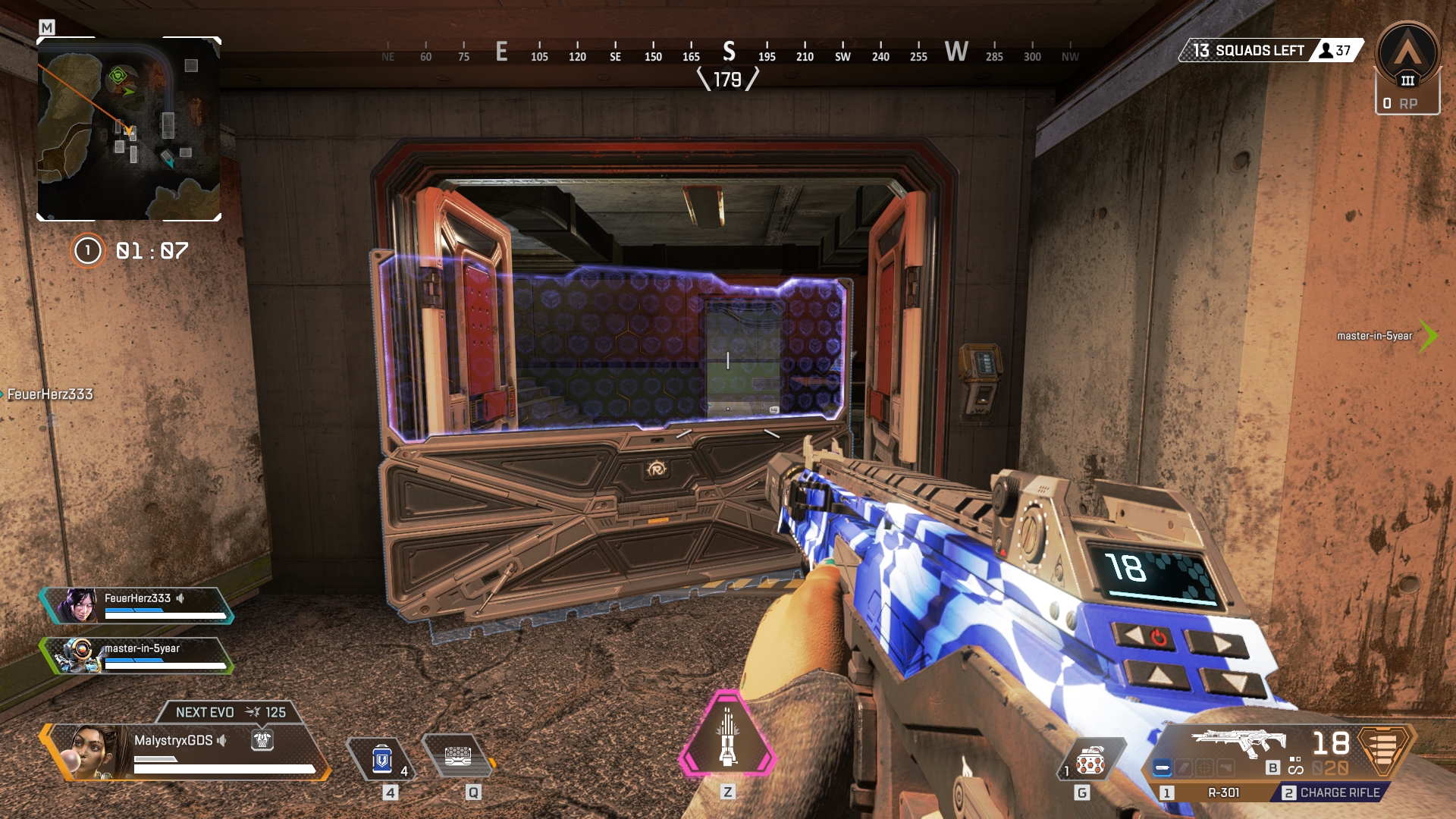 Once the Amped Cover is completed the upper and lower section of the wall have different health.The base of the wall has 400 health but the top section used to boost damage only has 175 health. The health of the wall is displayed as a hexagon, and once the upper section is destroyed it will not regenerate.  You can disassemble Amped Cover and gain one charge, this is particularly useful to avoid an enemy trying to use the 20% damage boost against you in a chaotic fight. If you’re an enemy and wish to destroy the Amped Cover, don’t waste bullets on it. Two melee attacks is all that it takes.

Amped Cover is more than just a wall to hide behind, and be used creatively both offensively and defensively so try to maximize your utility of it. For example, if you’re holding down a room you can place an Amped Cover behind a door to stop enemies from opening it and give you time to resurrect an ally. Likewise, Rampart can place the ability within an open doorway to stop enemies from closing it. You can even create an unexpected mini-blockade at the exit of elevator shafts.

If you are pinned down behind a rock, and try to place an Amped Cover to help you escape in that direction it will simply get one-shotted before completion. A useful tip is to instead place the Amped Cover as a distraction to give you a few seconds to dash away the other side. You can also climb on top of Amped Cover to give you an unexpected new line of sight from behind terrain. If you hear a fight break out nearby, don’t go in guns blazing, but instead set your Amped Covers at the exit in anticipation of taking out every single survivor.

Look for High Ground and recruit a Wattson

Amped Cover is great for defending a position but becomes truly deadly when Ramplart places it on high ground. While Apex Legends has not historically favored long-range warfare, the 20% damage increase from Amped Cover makes Sniper-play far more viable. Amped Cover’s main weakness is against projectiles, and a height advantage reduces the threat.

To make your Amped Cover fortresses even more impenetrable to projectiles, have a Wattson in your squad for her Ultimate Interception Pylon. Wattson’s Perimeter Security also synergizes well with Amped Cover, ensuring even if an enemy jumps over it, they run the risk of now being stunned. 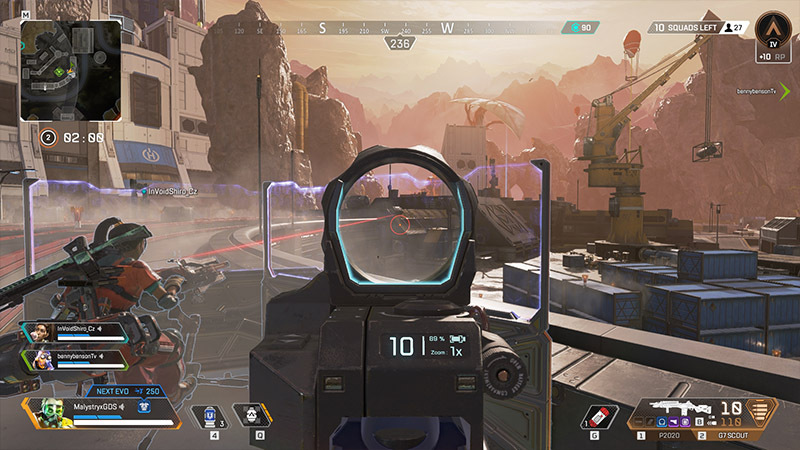 While Wattson might be the best companion, you’ll need to keep an eye on Crypto players. Even before the official release of Rampart’s ability list, Apex Legends players knew that Crypto would be a hard counter, and they were right. Crypto’s Drone EMP will destroy the upper section of any Amped Cover in the area, as well as disable Sheila, Rampart’s Minigun ultimate for approximately 10 seconds.

Sheila is the name of Rampart’s Minigun, and the 14th legend’s Ultimate ability. Emplaced Minigun fixes Rampart’s Sheila to the ground, allowing her to use it as a turret. It might not be immediately obvious but Sheila can not fire 360 degrees. Her range is around 120 degrees and is visible through a compass at the top of the screen. So take care when placing the Ultimate.

Much like the Havoc, Rampart’s Minigun Sheila has a wind up time. To initiate it hit right click and after two seconds the Ultimate is ready to fire with a laser sight to help you aim. A massive tip to be aware of is that the longer you fire Sheila, the more accurate the spray is, so do start her up early. Sheila can fire 20 bullets a second with each bullet dealing 14 damage. While Sheila does have infinite ammo she has a magazine capacity of 173, and the reload time is extensive, seven seconds for a Rampart, and 10 for other legends. Be warned that any player, including your enemies, can use Sheila. To avoid this you can take it down much like Loba’s Black Market Boutique. Bonus tip, if you placed Rampart’s Ultimate but did not use it, you will regain 50% of your Ultimate charge if you take it down. It takes 360 damage to destroy Sheila.

Once Sheila is active you can hold down shift to zoom, and firing through an Amped Cover will grant the 20% damage boost, so you should place your covers down before your Ultimate. While enemy teams can one shot your Amped Cover, Sheila can blow open a door with one bullet, literally. So if you face a team of campers behind a door, don’t bother kicking it down, just place Sheila and shred the door and the enemies cowering behind it. While using Sheila, you are a stationary target, so while you can use the ultimate to blow open doors, it’s best placed on high ground. Late game this is where Rampart truly shines, as you can choose the battlefield. If there are only three or four squads left, bunker down at the highest point available with Amped Cover and let Emplaced Minigun Sheila end the game for you.

Rampart’s defensive capabilities punish teams who do not coordinate their attacks, but to get the most out of her arsenal, you must anticipate combat. Don’t wait for the enemy at your door to lay down your defenses, and always try to claim high ground ahead of the end-game showdown. Finally Rampart’s passive boosts the magazine and reload speed of LMGs, so even if you weren’t a fan of the weapons before, do give them a try in the hands of the best modder in the Outlands. Happy camping!