How to Play Phoenix 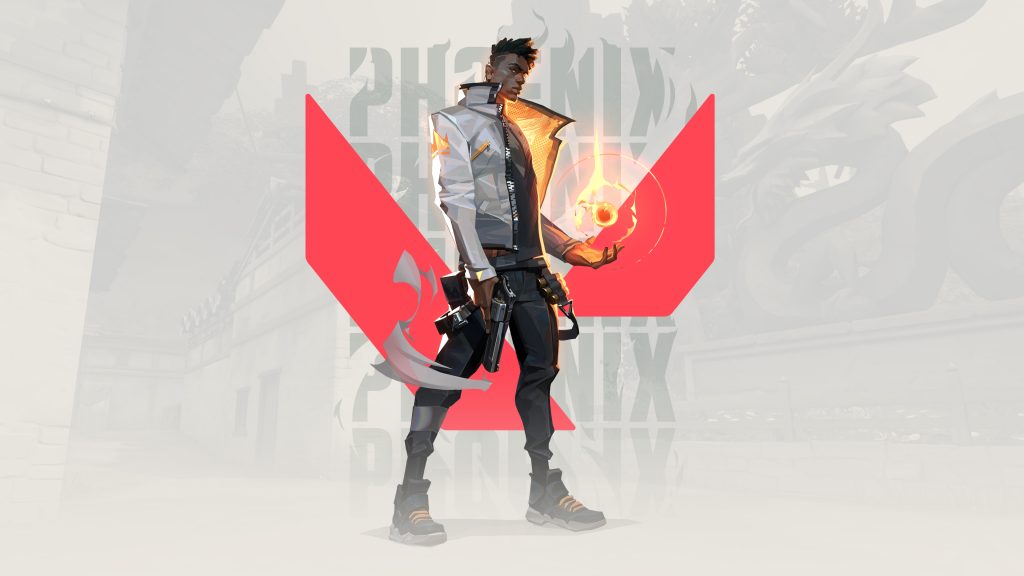 VALORANT is the latest first-person shooter that has taken the world by storm. The game features several unique agents with a wide range of abilities that can change the course of the game. Players must learn and understand each character’s abilities to use them effectively and help their team secure victories. Phoenix is a perfect agent for securing early kills and holding or pushing objectives. This guide explains how to use Phoenix’s abilities effectively and how you should use them to help your team. 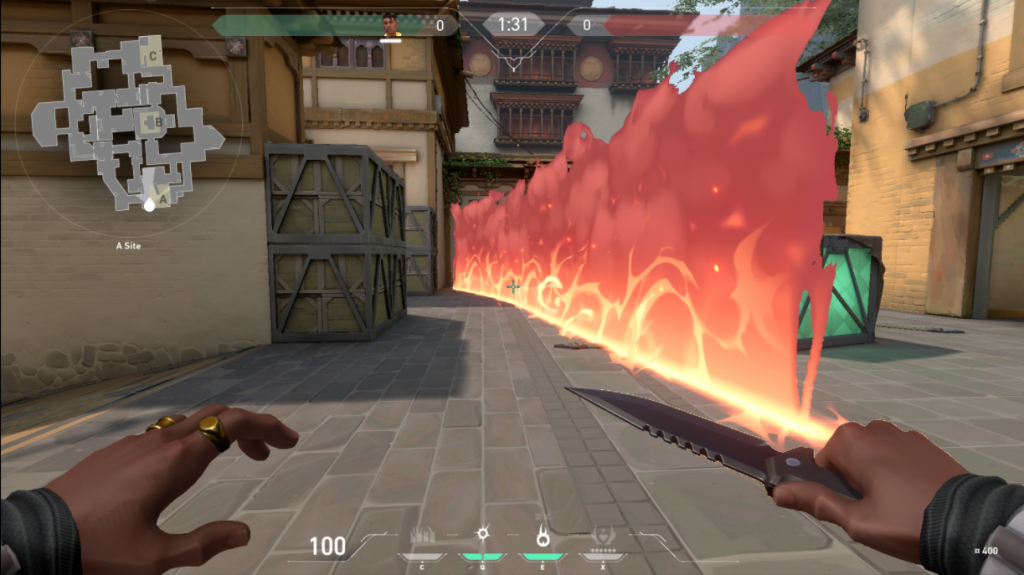 Phoenix’s Blaze ability costs 200 credits and creates a wall of flame that hurts players who walk through or stand in it. The wall heals Phoenix so remember to use this to your advantage if low on health. The wall obscures vision and is a great tool to prevent attackers from pushing an objective.

Blaze can also be used on defense to cut off rotations of defenders from other objective sites or to block off an entrance when defending the spike. The wall can also buy precious time and protect teammates trying to plant the spike and provide cover for their escape.

The wall of fire can also be curved when used, so make sure to customize the trajectory to perfectly match the situation.

Blaze can create a barrier to prevent enemies from rotating to an objective or provide breathing room for a team to rotate to another location. It is also a great tool to use after the spike is planted to funnel enemies in a direction where players can hold an angle for easy kills. Enemies can pass through the flame wall, but they will take damage and will be pushing into the area blind, so it is usually not the preferred option. The wall damages teammates as well, so remember to not trap teammates without another exit. 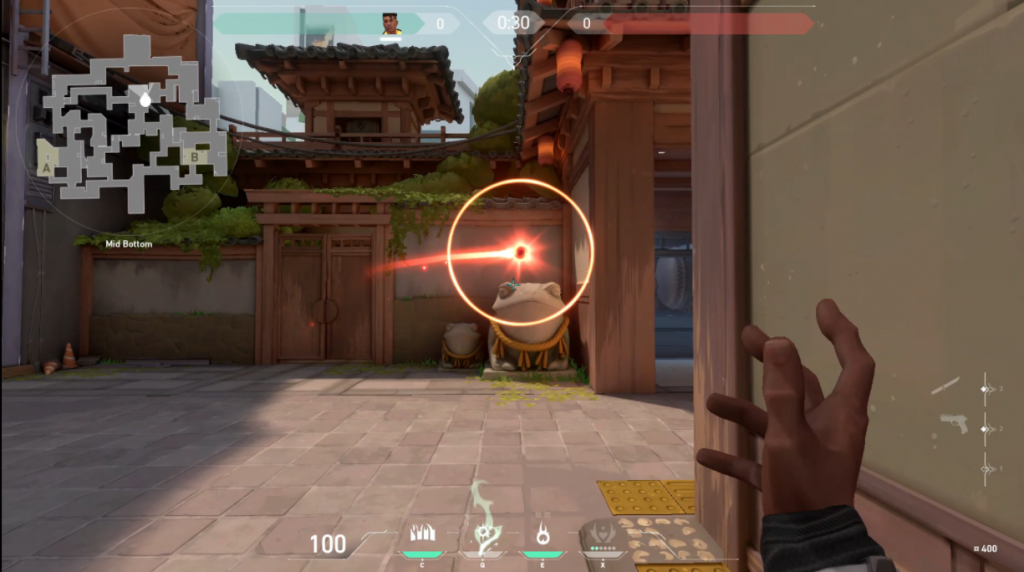 Phoenix’s Curveball is a ball of flame that be thrown around corners to blind, unsuspecting enemies. Players can purchase curveballs for 100 credits each and can have a max of two equipped. The Curveball can be thrown left or right and is the perfect tool to use when pushing a blind corner. It also blinds anyone who looks at it, however, so make sure to communicate with teammates before launching the bright ball of flame.

Phoenix’s Curveball is the perfect tool to use when pushing an objective. The ability blinds all players who look at the ball of flame, so coordinating with your team to push just after throwing the Curveball can help get the jump on disoriented enemies. This can be used if Phoenix is the first person pushing the site, or to help a teammate who is properly equipped to push or to peak a corner.

The Floor is Lava 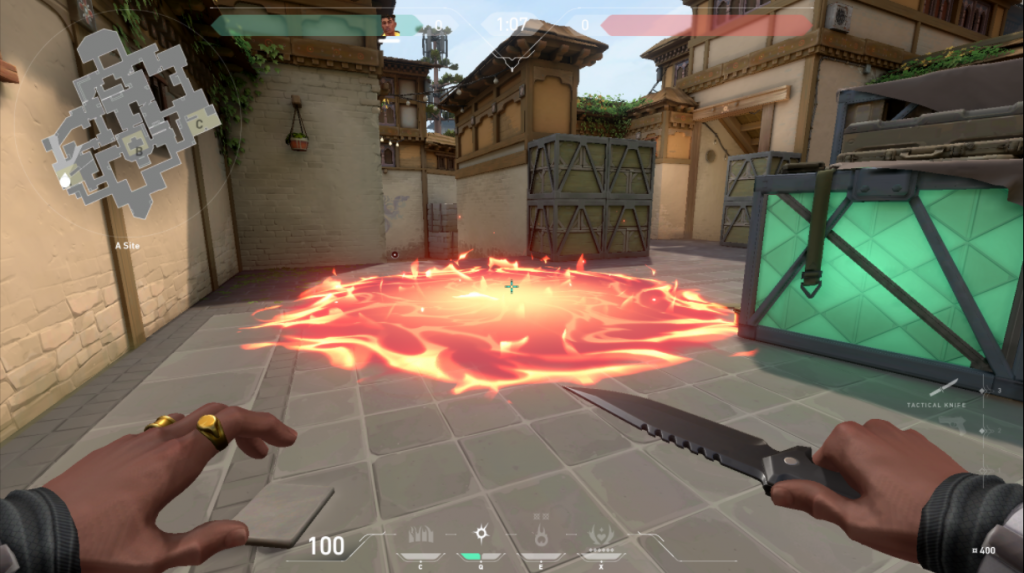 Phoenix’s Hothands ability allows payer to throw a fireball that engulfs an area in flames for a brief period. The ability is free and refreshes after every two kills, so effective players will constantly have access to the useful ability. Players caught in the fire take constant damage, so it is a great tool to flush out enemy players from a position. The flame also heals Phoenix, so remember to use the ability when low on health.

The Hothands ability can be used in multiple ways. Players can launch a fireball at a specific area where a player is likely hiding to flush them out for an easy kill. It can also be used to block off entrances to areas for a brief period which can be valuable when defending a spike. The fire does not deal a huge amount of damage, so it is possible for players to push through the flames if they are at full health. Make sure to keep an eye on the area blocked by the flames to make sure no brave enemies get the drop on you or your team.

Run it Back Now 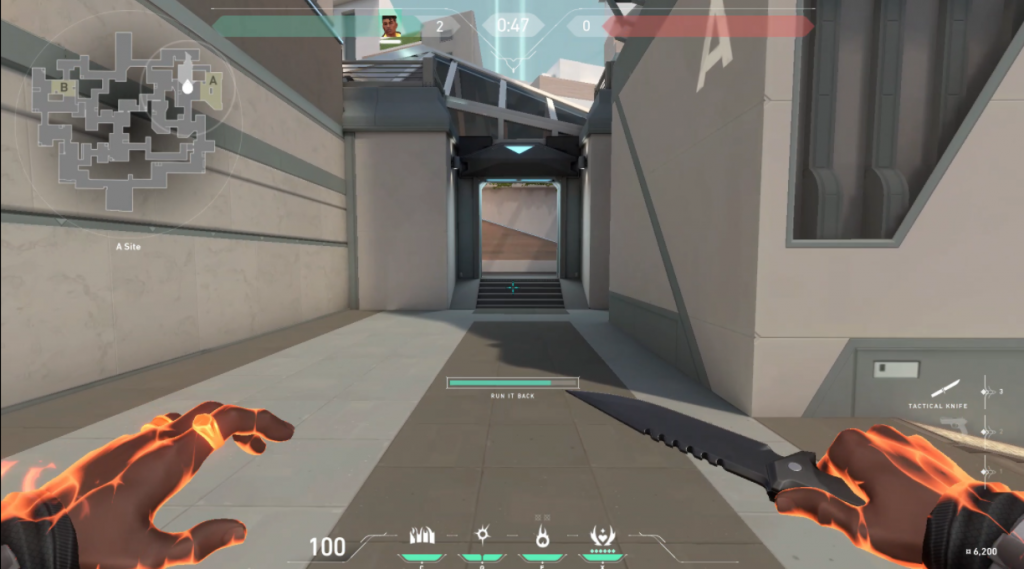 Phoenix’s Ultimate allows players to place a marker at a specific location where they will respawn after dying for a brief period. The ability costs six Ultimate orbs which can be collected around the map, by eliminating enemies, planting or defusing the Spike, or dying. A countdown appears after activating the Ultimate that tells players how much time they have before spawning back at the location. Dying or running out time will spawn players back at the marked location, so make sure to use the precious time effectively.

The Run it Back tool is an incredible Ultimate that can be used to get entry kills when pushing an objective or retaking a site on defense. Make sure to use the ability in a secure area, however, because you will be vulnerable for a couple of seconds after respawning.

The ability can be used to gather valuable information or secure entry kills when pushing an objective with little risk. Any kills achieved with the ability make taking the site much easier for the attacking team and they will still have a full squad.

It can also be used when defending a spike to eliminate players attempting to defuse by giving players a second chance. Activating the ultimate ability in a safe area provides two chances to eliminate enemy players and can help even the odds when a player is outnumbered.

All of Phoenix’s abilities can turn the tides of a match when used correctly. They are powerful on their own and can be incredible when used together. Remember to use them wisely, however, as they cost credits or need to be earned before becoming available again. An efficient Phoenix player can be the entry fragger for their team and help take objectives, or they can use their abilities in a support role to help their team in a push.

Phoenix is a powerful agent with several abilities that are strong on offense and defense. An effective Phoenix player can take and hold objectives with ease and can be a huge help to their teammates. Understanding the fiery agents’ abilities and coordinating with your team on when to use them can make players an unstoppable force.