How to Play Mialstor Tank Factory 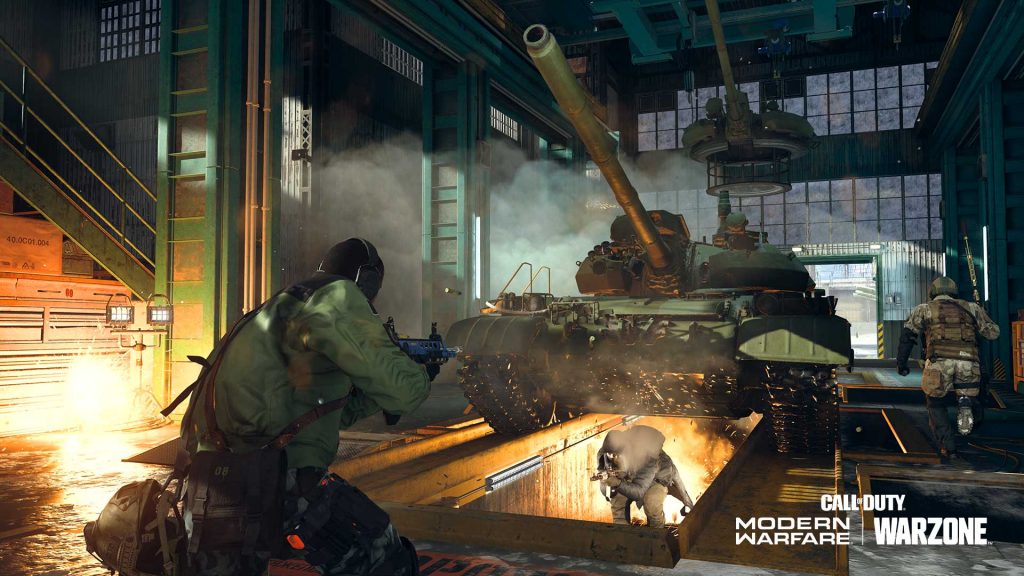 Get ready to fight the enemy in a frozen factory with an icy exterior. (Photo courtesy Activision)

Season Six of Call of Duty: Modern Warfare introduced one of the first winter maps to the game: Mialstor Tank Factory. This large map is centered around two buildings which are connected by a sky bridge. This area is one of the most contested areas of the map and for good reason. Players can also use the outside areas to flank the enemy team and help break objectives.

Long-ranged weapons can be used to control most areas of the map, but aggressive players who move quickly can easily dominate an unsuspecting enemy team. 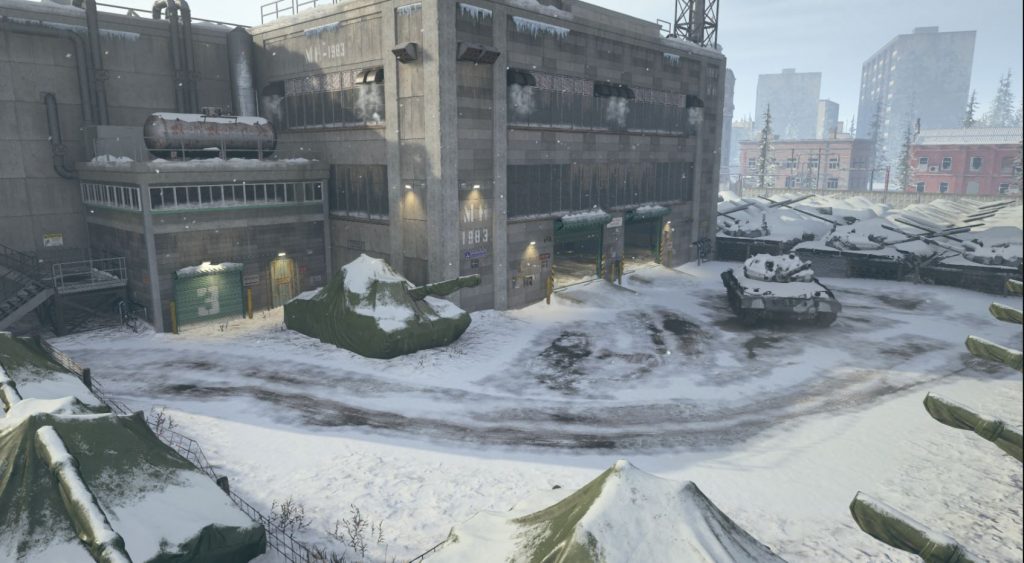 The Alley in Mialstor Tank Factory sits behind thee Tank Factory and serves as the Coalition Spawn. Players can access the first and second floor of the tank factory or wrap around towards Main Street. Players will not typically spend a lot of time in this area, but it is possible to flank enemies guarding the Bridge inside Tank Factory by sneaking through this secluded section. 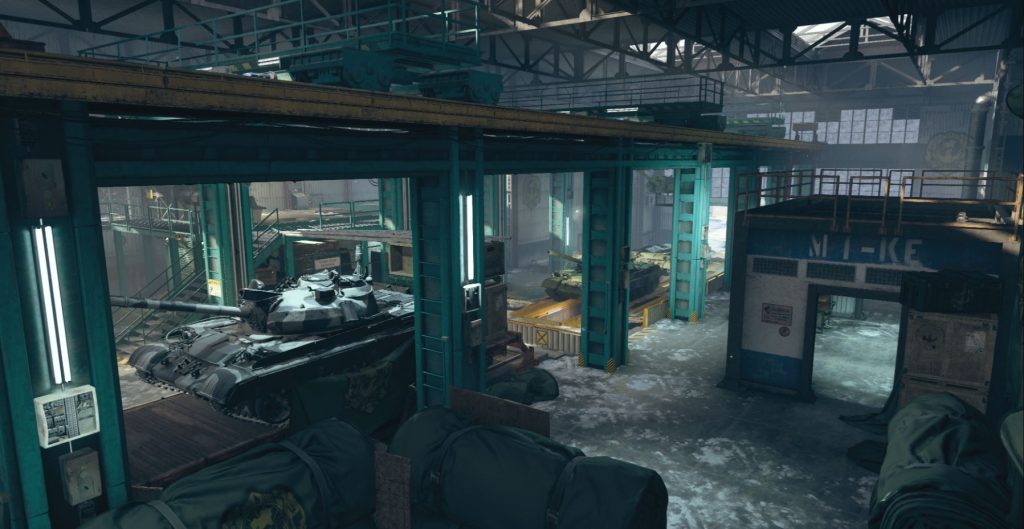 The Tank Factory is one of the most contested points of the map and is connected tho the Warehouse by the Bridge. The large first-floor area features a conveyor belt with tanks and dozens of objects that can be used as cover.

The building is open on either side and is connected to the Alley, Tank Graveyard, and Main Street. The second story features a catwalk on one side of the building that leads to the Bridge. Players will typically focus on this area as it is directly connected to the map’s opposite side, where the Allegiance team spawns.

The Bridge’s interior connection has some cover that allows players to cover the Bridge and the two exits that lead to Main Street. It is not recommended to blindly push into this area as players will usually sit on the opposite side.

Players can also climb to the top of Tank Factory and run across the top of the Bridge. This is a good tactic that allows players to bypass the open area, but it does leave them vulnerable to players on the ground.

There is also a security office on the first floor in Tank Factory that connects to the Tank Graveyard and Main Street. Players can use a small crawl space that leads from Security into the center of the Tank Factory to sneak by enemy players. One solid push can destroy a team’s hold on the Bridge and turn the tides of a match. 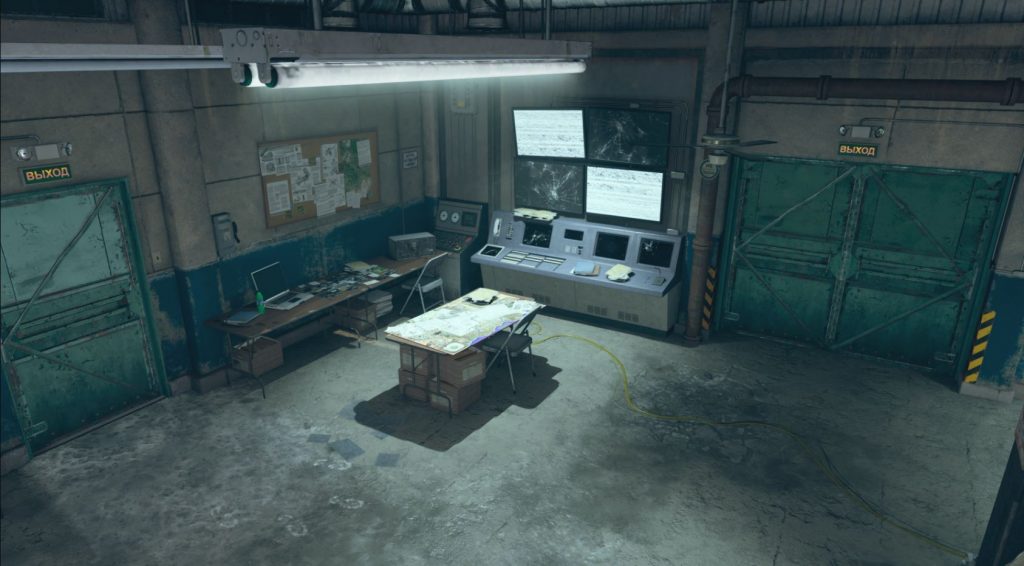 The Security Room in Mialstor Tank Factory is located on the northeast corner of the Tank Factory. There is also a tiny crawlspace that can be used to reach the center of the factory unharmed.

This area is perfect for players who want to avoid the Bridge and hit the enemy from behind. The Security Room window directly faces another window leading into the Warehouse, but players will have to cross Mainstreet to reach it. Aggressive players should use the Security Room to their advantage as it provides a safer route into either building. 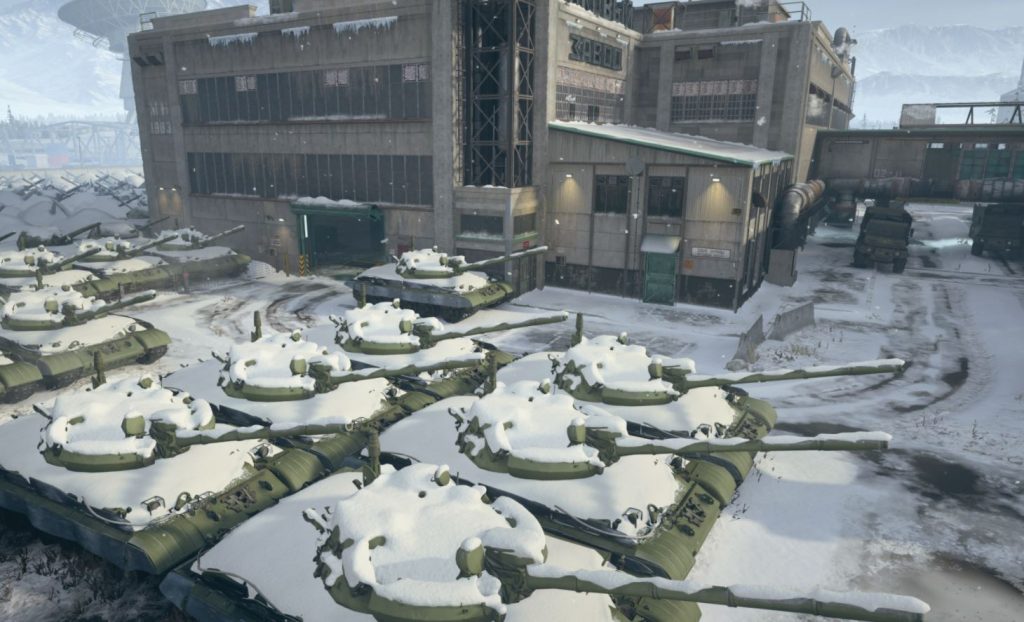 Tank Graveyard is located on the eastern side of the Tank Factory. This location is full of decommissioned tanks covered in snow. These massive machines provide decent cover for players navigating the outside lane and an alternative route between buildings.

Two rows of tanks sit outside of the Tank Factory and cover the entrances to the Security Room and the Tank Factory. Players can climb on these tanks to cover Mainstreet and to prevent enemies from entering their spawn areas. The tanks provide a solid vantage point for Snipers or other long-ranged weapons. However, this area is outside, which will leave players vulnerable to airstrikes and other streaks. 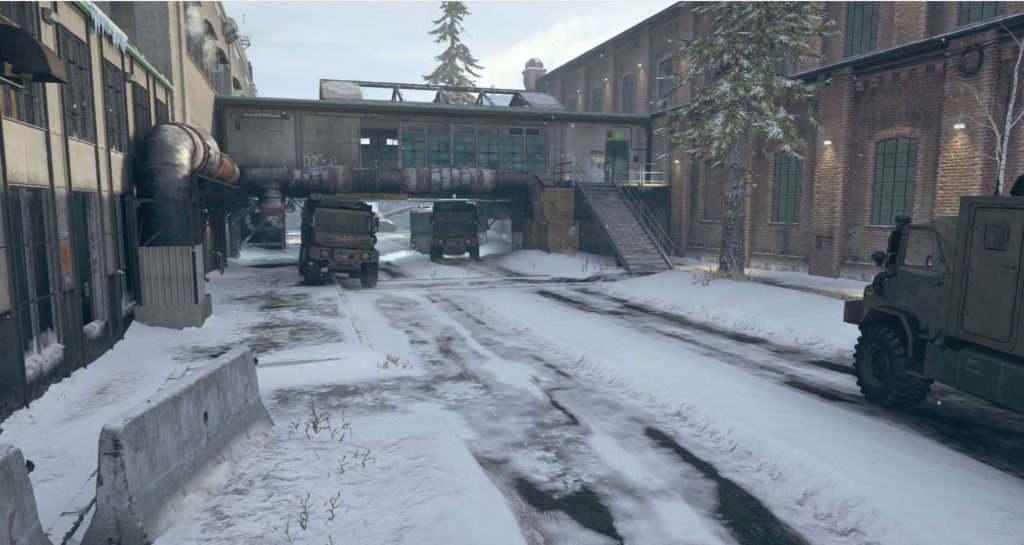 The Main Street in Mialstor Tank Factory runs directly across the map beneath the Bridge that connects the Tank Factory and the Warehouse. This large open area is not a place where players should spend extended amounts of time as there is minimal cover.

Players who attempt to cross Mainstreet should do so quickly and quietly. Once an enemy team notices a red dot on their minimap in this large open area, they will likely peak to get an easy kill.

However, players can kill players sitting above the Bridge or on the Warehouse rooftop from the Mainstreet. Be prepared to be an easy target if you use this to your advantage. 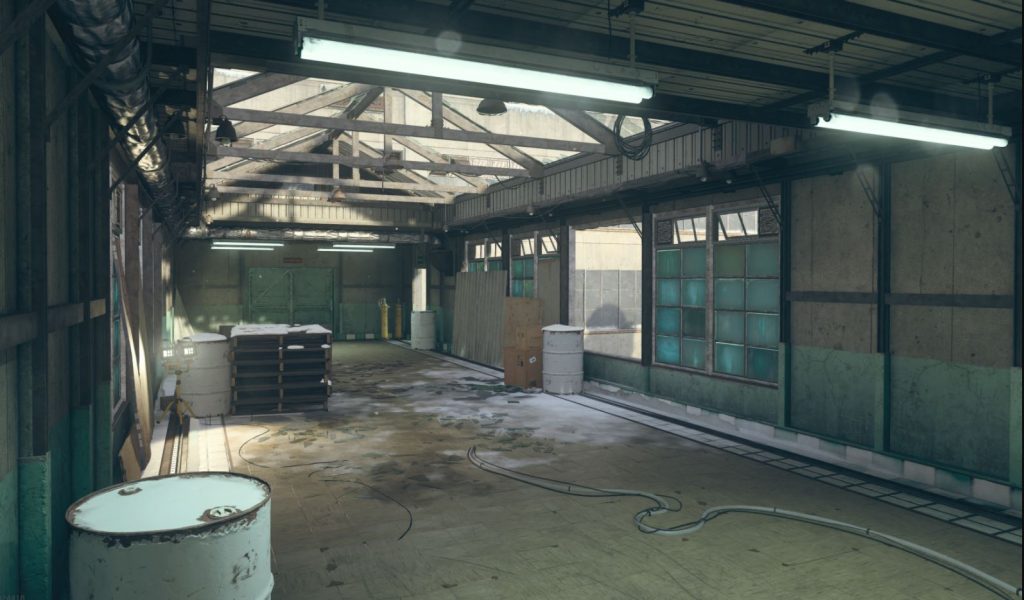 The Bridge connects the Warehouse and the Tank Factory through the center of Mainstreet. Both buildings have a direct line of sight into the opposite building, and teams will continuously fight over this area in matches.

Players can run through the Bridge or on top of it by accessing the roof of either building. There are also two staircases that connect the Bridge to Mainstreet, which can provide an exit if needed. Running down the middle of the bridge is risky and dangerous, as you will most likely encounter a couple of players on either end. Make sure to check for enemies holding positions to avoid being an easy kill.  Move quickly to overwhelm the enemy team if you realize they are unprepared. 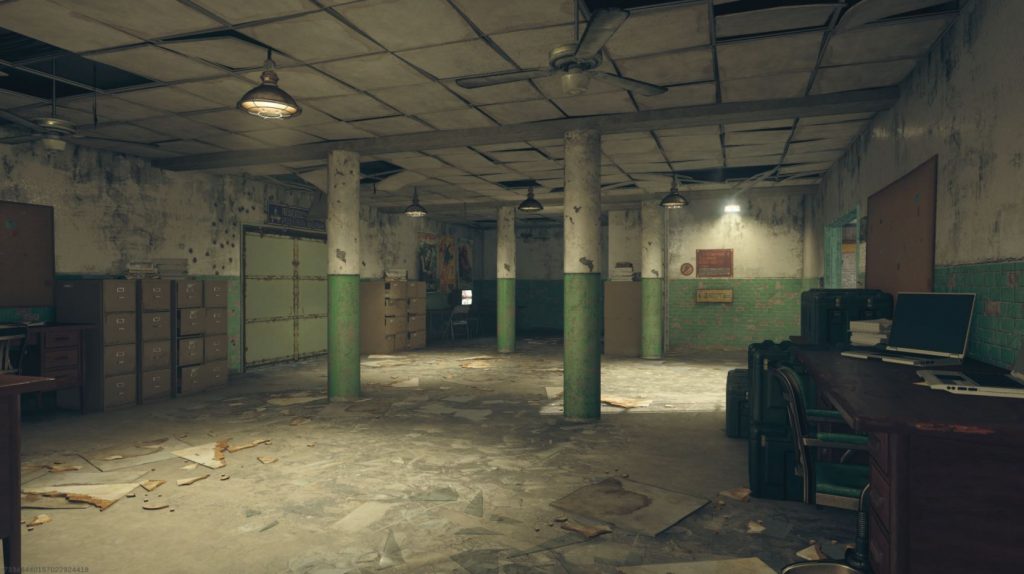 This is a critical location on the map as it is connected to the most connected area. Smart players will use this to watch almost every important section of this map. Teams should work together to hold both the bridge’s levels, the entrances on either side of the Warehouse, and prevent players from sneaking in through the boiler room. If you are attempting to clear the Foreman’s office, make sure to clear all three levels to be safe. 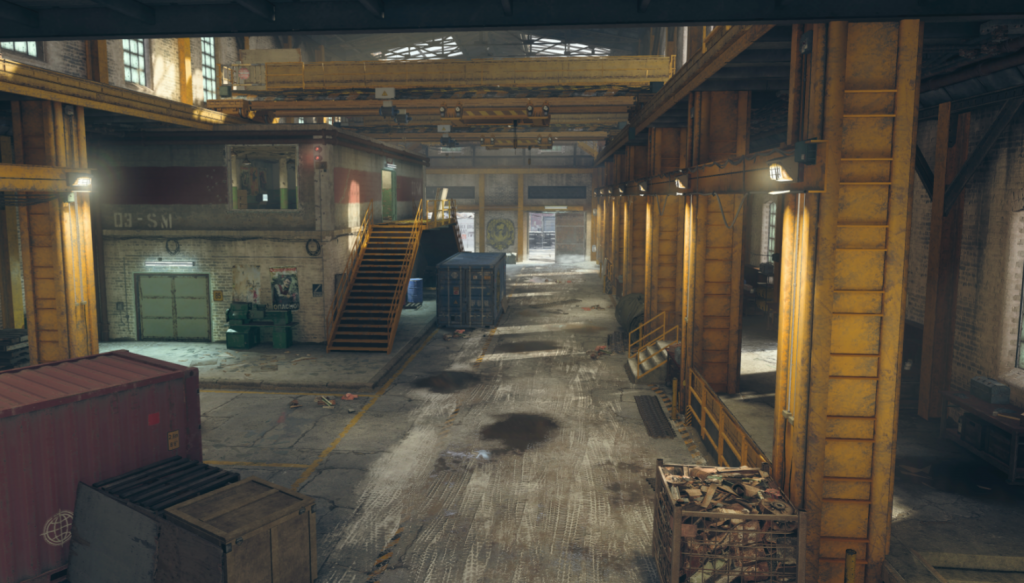 A stairway in the center of the Warehouse leads to the Foreman’s office. Players can access the first floor of the office by using a doorway on either side. The Warehouse also has an entrance on both sides of the building. There is also a smaller opening to the Containers area towards the building’s back. 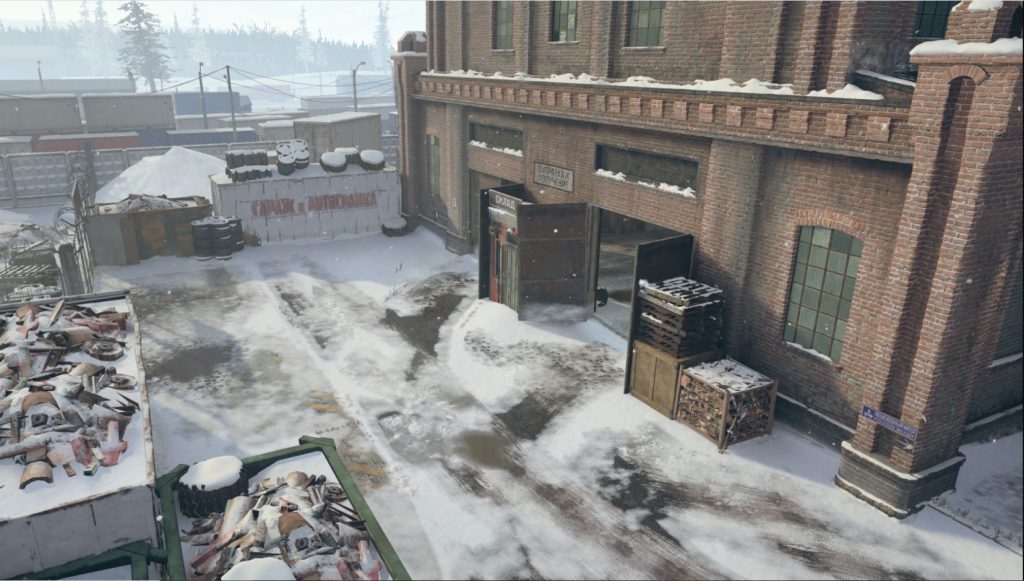 The Junkyard is a small open area on the western side of the Warehouse. This area faces Mainstreet and towards the trains of the Alley. There is minimal cover in this location beside a green storage container. It’s best to move through this area quickly due to this lack of cover. 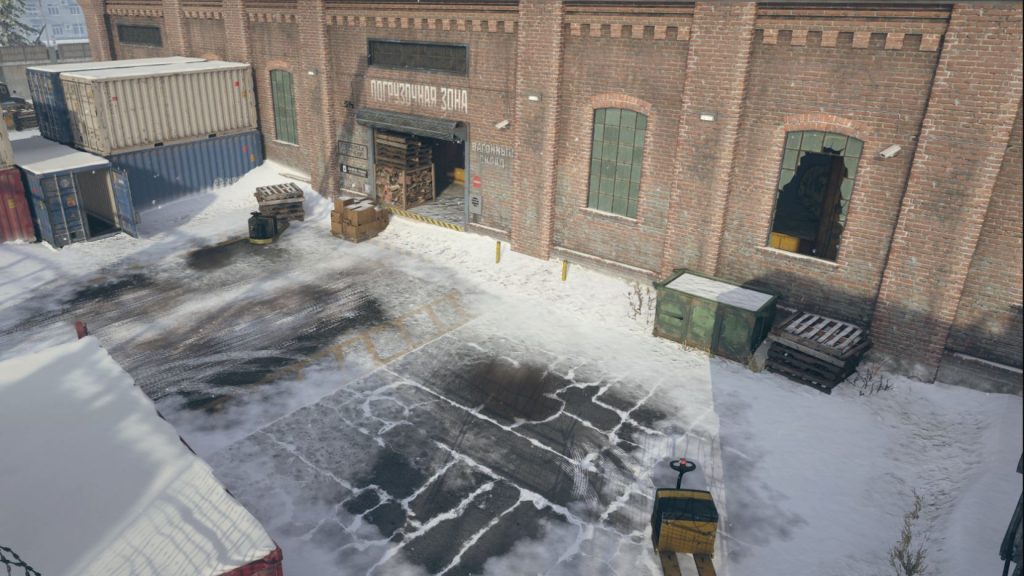 The Containers area is behind the Warehouse and serves as the spawn point for the Allegiance team. This isolated area serves little strategic value in most matches. However, sometimes it can provide a safe space for players using killstreaks.

Mialstor Tank Factory can be frustrating for players expecting a traditional map with designated lanes. However, after learning how to navigate the various choke points, players can still play aggressively and counter camping players. Remember to use alternate routes and to clear out players before running into open areas.