How to Play Livestock 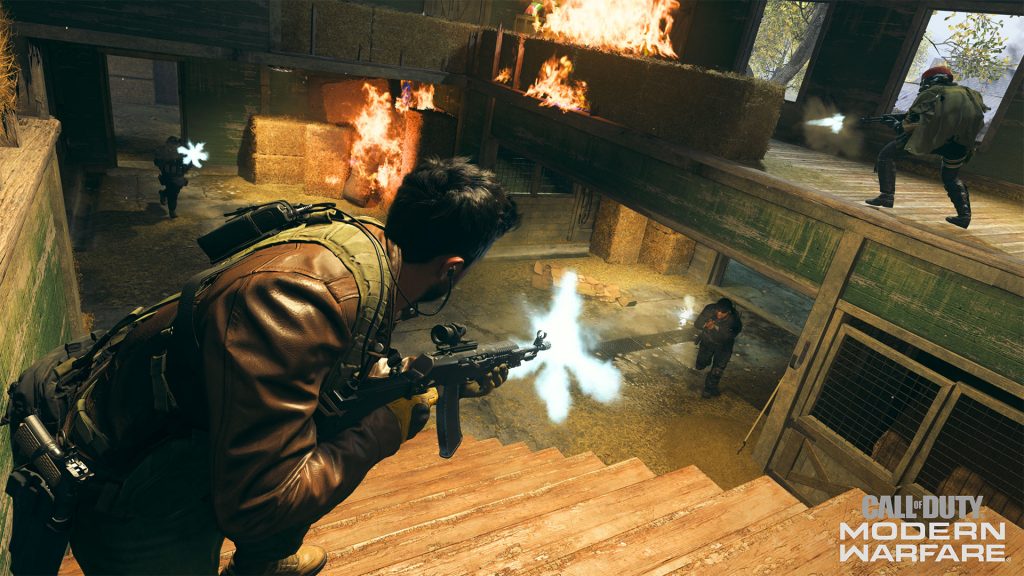 Season Five of Call of Duty: Modern Warfare introduced four new maps for the various multiplayer modes, including a new Gunfight map: Livestock. Livestock is slightly bigger than other Gunfight maps, meaning there are more ways to navigate the map and outsmart your enemies. Players can cover the outside lanes, cut off rotations, or rush through the Barn to directly hit the enemy.

Regardless of your playstyle, learning more about each area of the map will give you a competitive advantage. 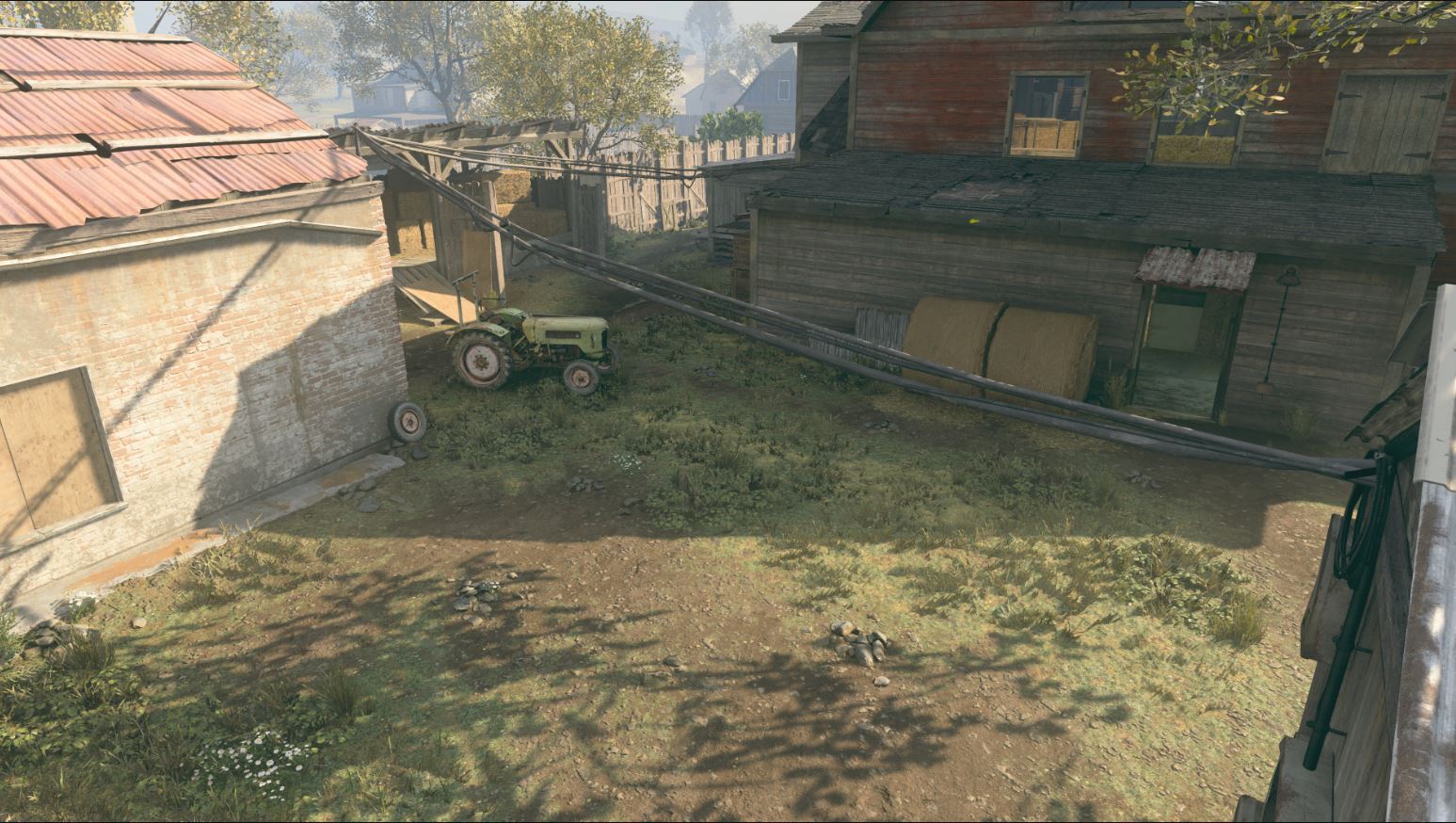 The Backyard serves as the southwest corner of the map and is connected to the Field. There are also entrances to the Barn and Alley from this location, which provides plenty of opportunities for players to navigate the map.

The left side of the Backyard leads to the Alley, which connects with the Truck area on the opposite side of the map. Players can use the wooden fence on the left side to cover the entrance, but keep in mind that most weapons can shoot through this barrier.

Players can enter the Barn through the first-floor entrance, or use a window to access the second floor. Enemies pushing out of the Barn also use these exits, so be prepared for a fight when entering or leaving the building. 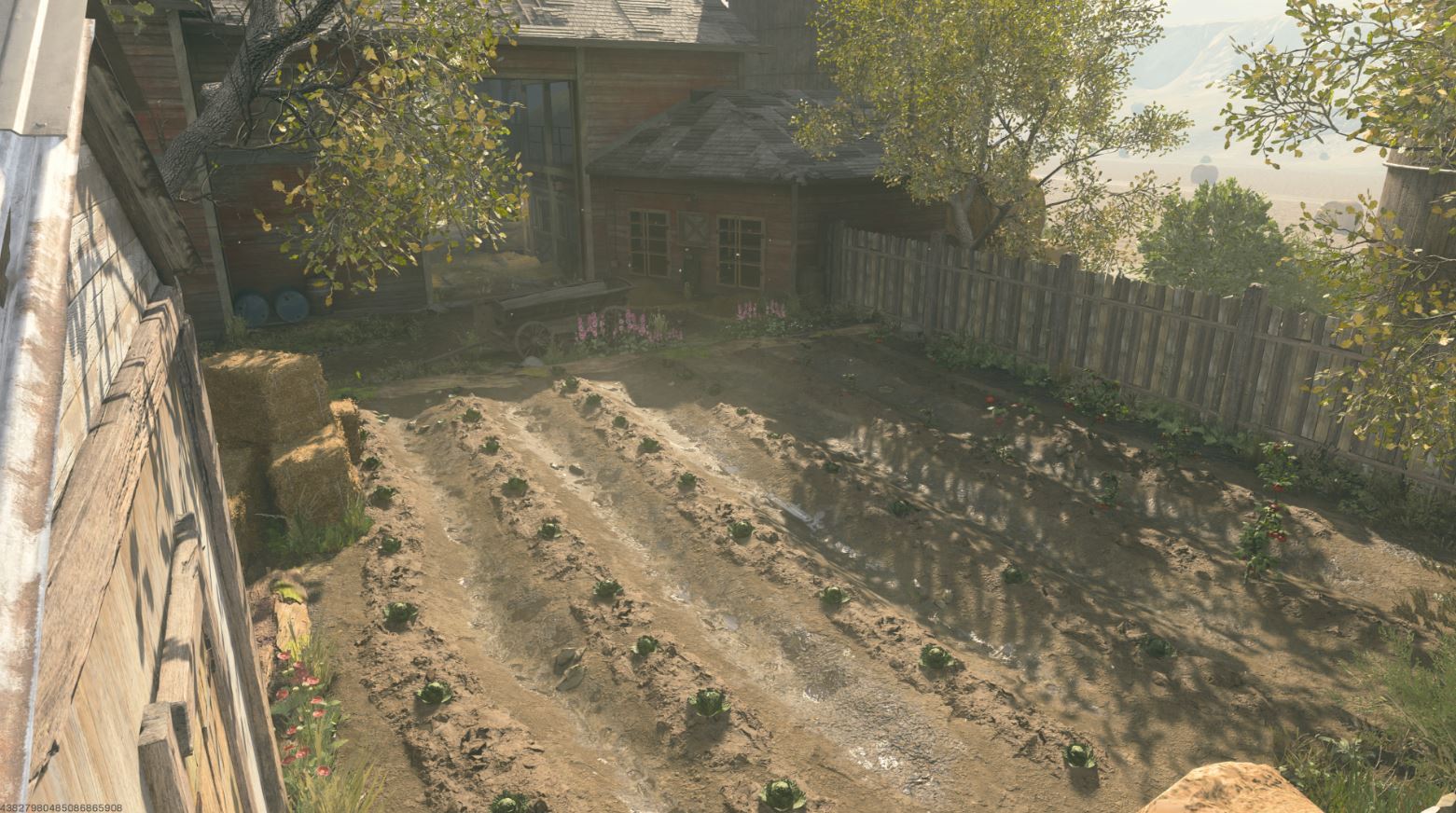 The Field is connected to the Backyard area and leads into the Stables. There are a few objects and barriers that players can use as cover, and can also be used to watch multiple entrances to other parts of the map.

The wooden wagon in the field is perfect for covering the Stables, and a tree with hay bales around it can be used to watch the Alley and Barn entrance. The multiple entries do provide ample opportunity for other players to push and overwhelm the area, however.

The second story of the Barn also has multiple windows facing his area, which means players with long-ranged weapons can clear the Field with ease. 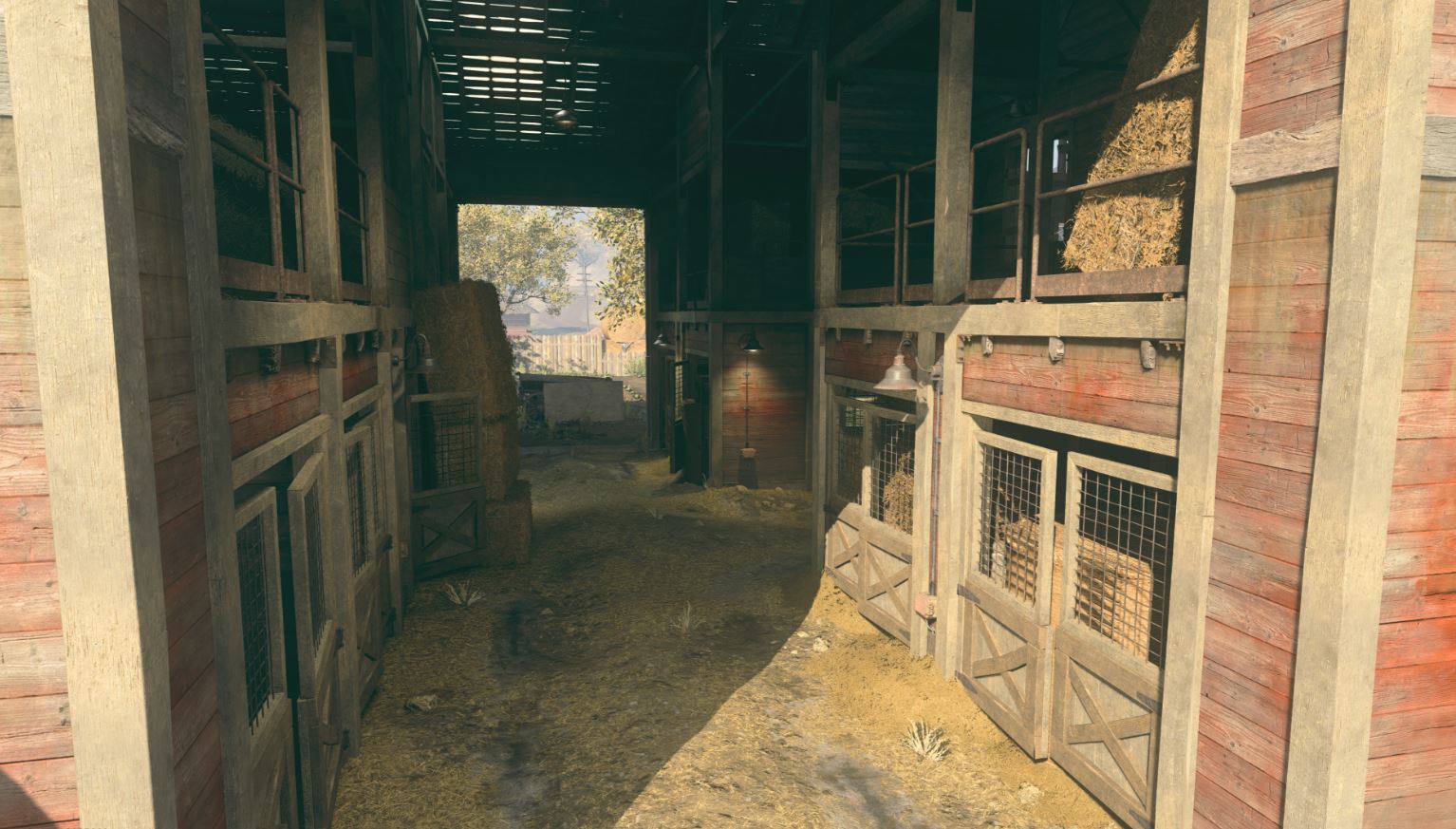 The Stables provide a direct lane to both spawn areas but leave players relatively exposed. A player with an aggressive playstyle can use this area to their advantage and overwhelm the enemy team before they get to their positions.

The Stables connect the Field and Driveway areas, and players with long-ranged weapons can pick off enemies from across the map. A green tractor provides cover on the Driveway side of the map while a wooden wagon provides cover in the Field.

There are a couple of opened doors and hay bales in the Stables that can be used as cover when moving through the area, but players should not sit in these locations for long. There is also an entrance to the barn in the middle of the Stables, which is an excellent path for rotating or flanking players. 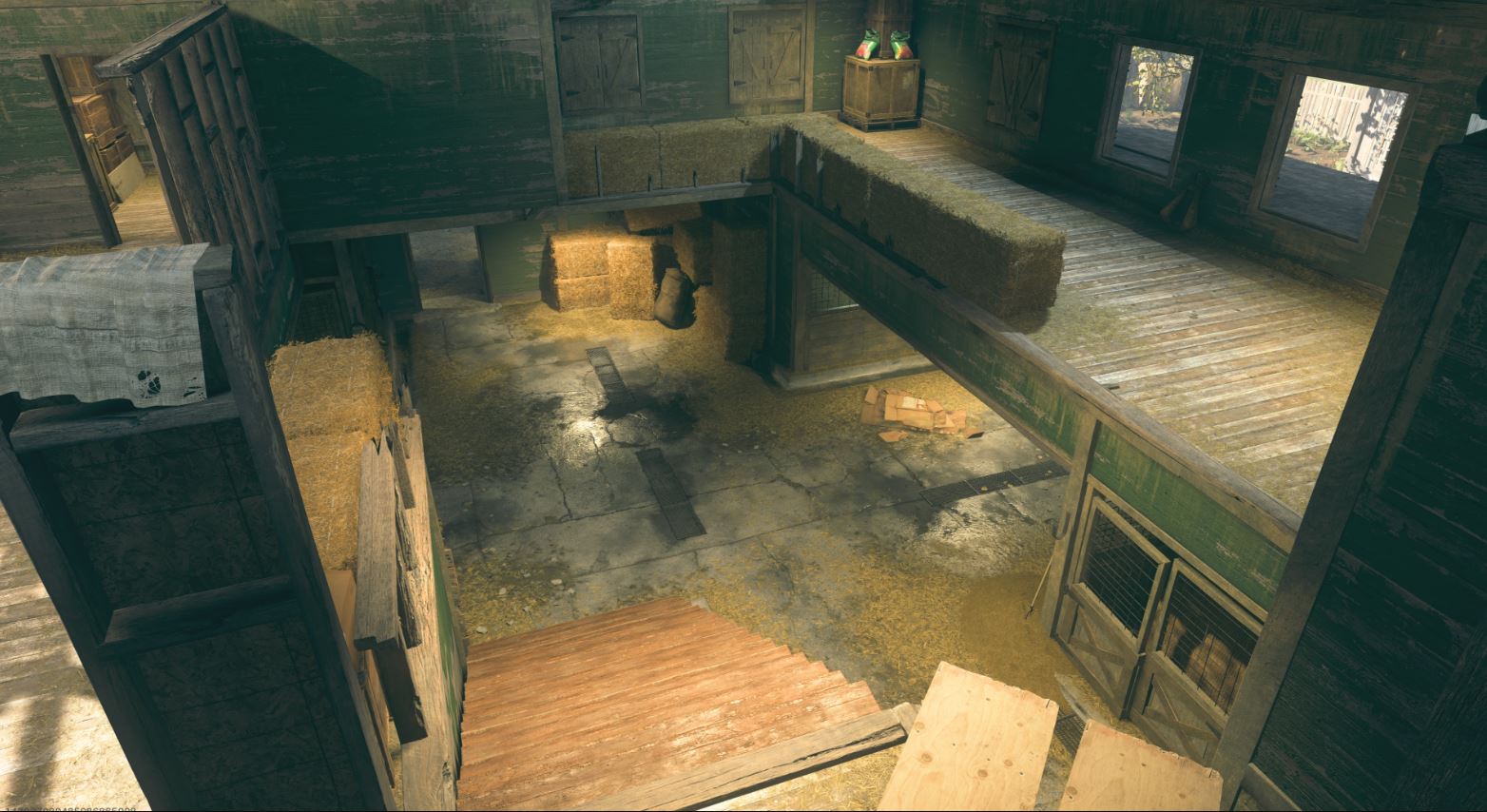 The Barn in Livestock is the center building of the map and is usually were most firefights occur. There are four entrances to the central area of the Barn from each spawn and both outside lanes. While this is a heavily contested area, there is still plenty of opportunities to outmaneuver the enemy team.

The Barn has three doorways leading to both spawn areas and the Stables. There is also a stairway on the western side of the room that leads to the second floor. This area is usually the fastest way to move around the map but is also the most dangerous.

Players can cover both Barn entrances from various spots in each spawn point, so players advancing should be prepared for a gunfight. Players can also cover the Stable entrances from either side of the map, but utility items can help cover or distract enemies.

The second story has windows overlooking every part of the map and is a great location to watch rotations or to stop flanking enemies. There are also several ways to get to the second story; however, so enemies have plenty of ways to surprise players holding this position.

A reliable team can use the second story to cover most parts of the map and isolate enemies to secure easy kills. 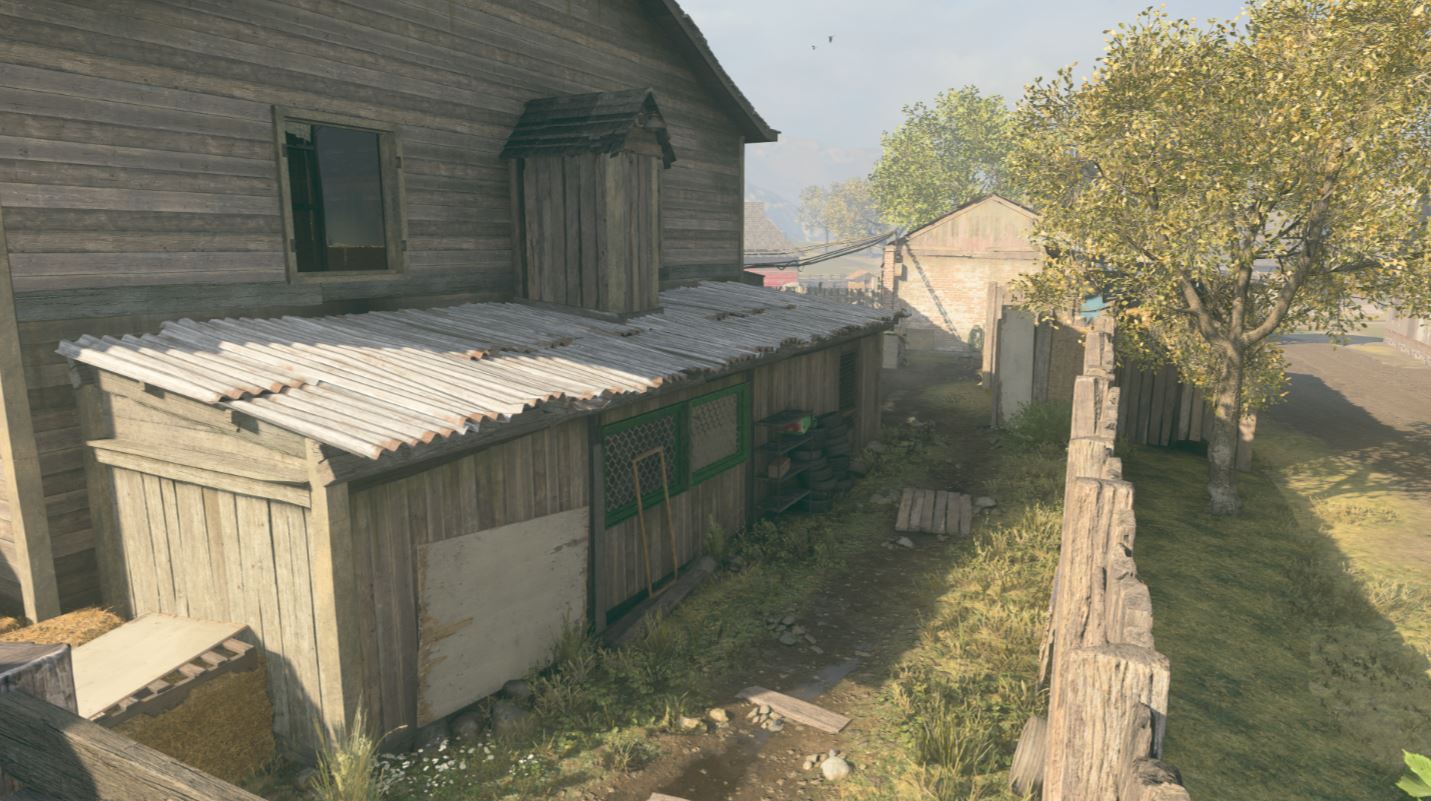 They Alley connects the Truck and Backyard areas along the western part of the Barn. Most players will rush through this area when pushing through the map, but there are some spots for players to watch rotations.

The Alley itself is a straightforward path with very few objects. There is a stack of tires on the side of the Barn that can be used for cover in an emergency, but do not expect enemies not to see you in this spot. Both ends of the Alley do protect players who want to kill unsuspecting players rushing blindly.

The Truck entrance of the Alley can be covered safely behind the Truck’s flatbed as it provides cover. The Backyard entrance features a wooden fence on the left side that players can use as cover, but it is penetrable by most weapons. The safest place to cover the Alley is from the second story of the Barn.

Players can climb the awning from either side of the Alley runs along the entire lane. This area provides better cover and more opportunities to eliminate players below. There is also a window leading to the second story of the Barn that can be used to rotate or escape if enemies notice your position. 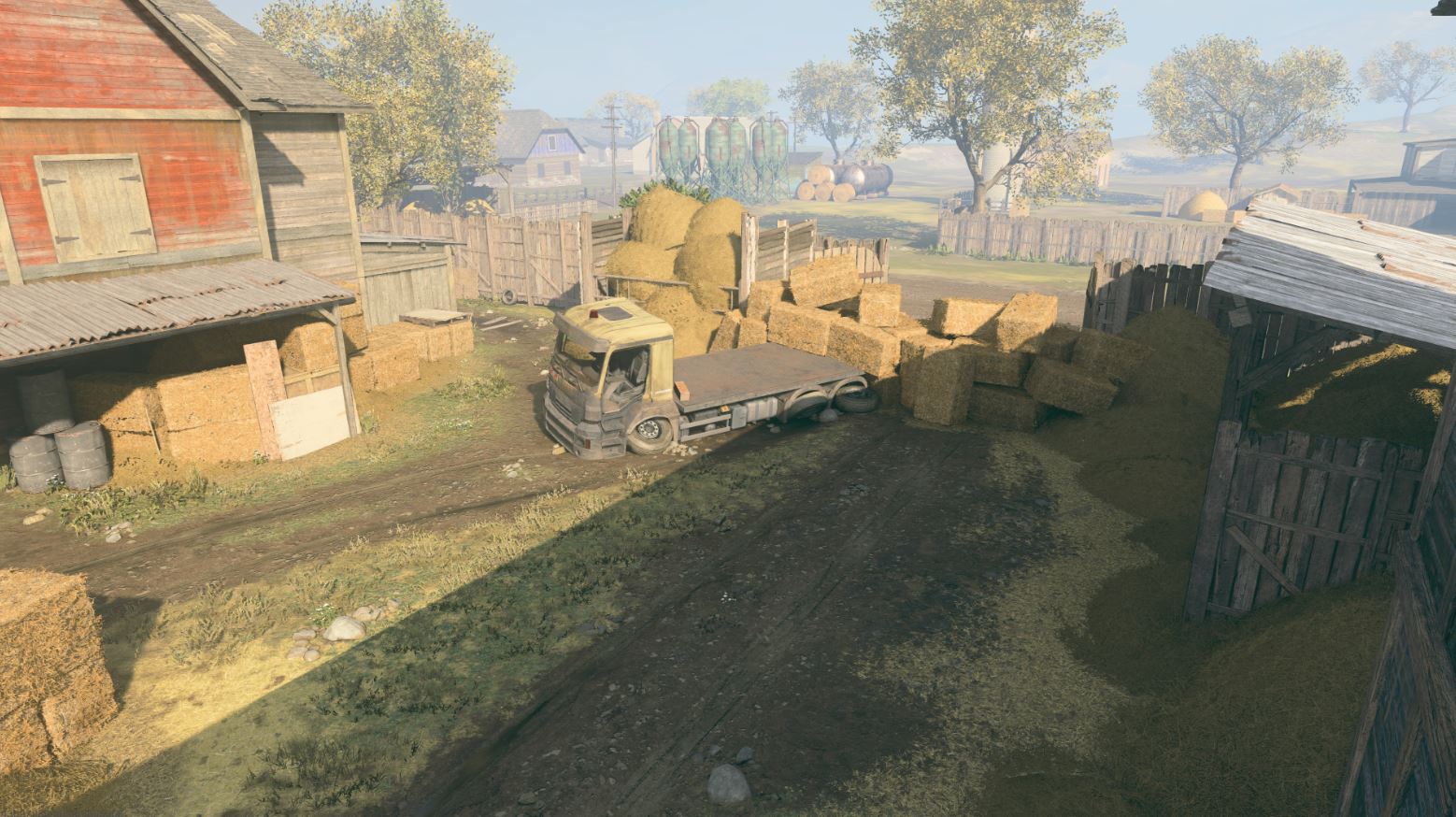 The Truck area in Livestock is located in the northwest corner of the map directly beside the Driveway location. The Alley connects just in front of the truck, and the second story of the Barn looks over the area.

The majority of this area is open and provides little cover, but the Truck itself does provide some protection. The truck’s tail bed directly faces the Alley, which means players can sit here and cover enemies pushing from the westbound lane.

The driver side door the truck also protects players from the Alley as they watch the Stable or Barn entrances. However, this area does not provide complete cover, so keep that in mind if you are the last person alive in a gunfight match. 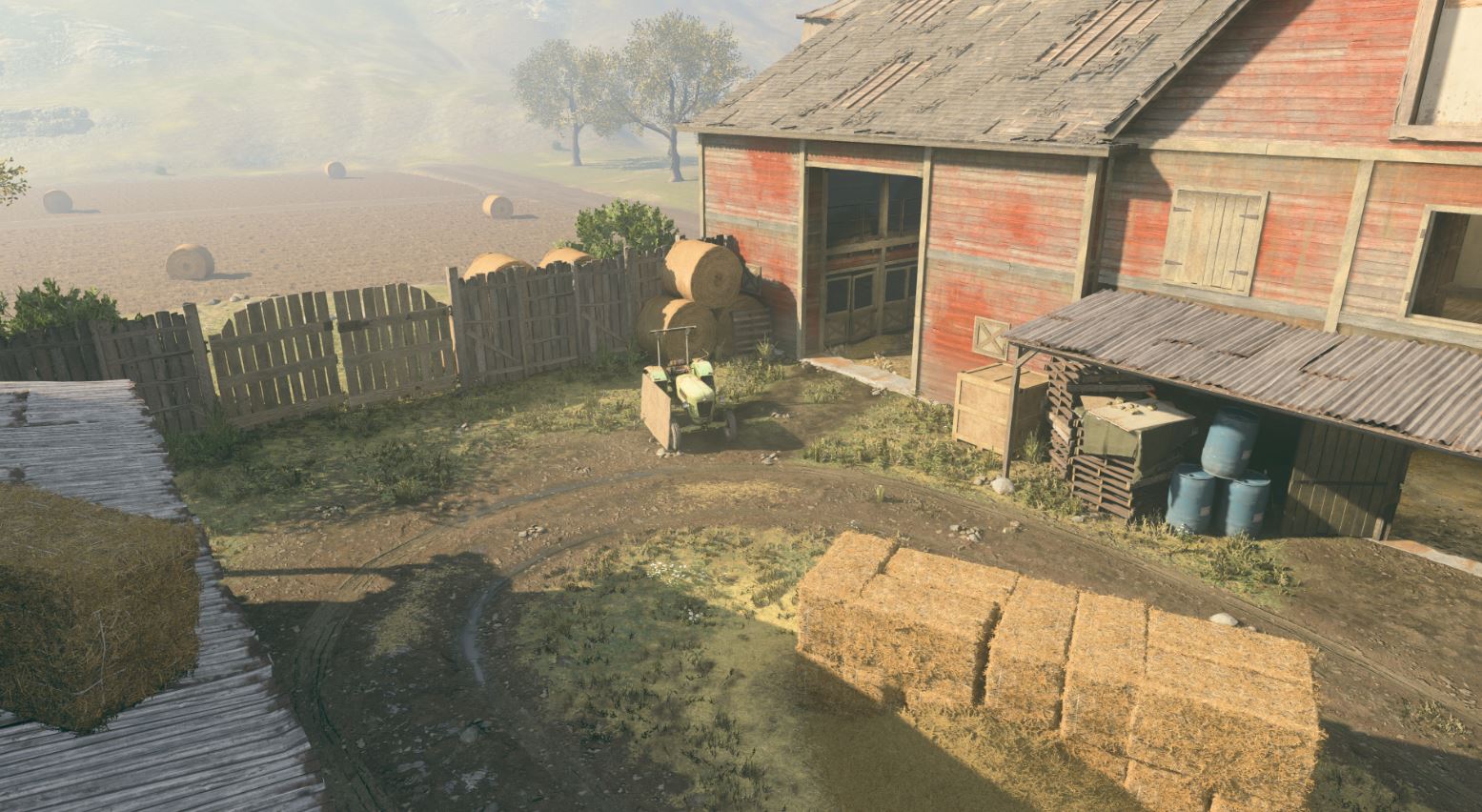 The Driveway area in Livestock is located on the northern side of the Barn and directly connects to the Truck, Barn, and Stable areas. The open space offers some cover for players watching the entrances to other parts of the map, but make sure to keep track of enemy movements to avoid being flanked.

A green tractor on the left side of the Driveway area provides cover from the Stables and offers a clear line of sight into the Field. This pathway is one of the three main routes through the map and is continuously crawling with enemies. The tractor also provides a place for players to rack up mounted kills for their weapons quickly.

There is also a stack of hay bales between the Driveway and the Truck area, which can be used to cover the main Barn entrance.

Livestock is a fun and unique map that offers more variety than other maps in the Gunfight map pool. Get ready for intense matches in the dusty location.