How to Play Lancer in Rogue Company 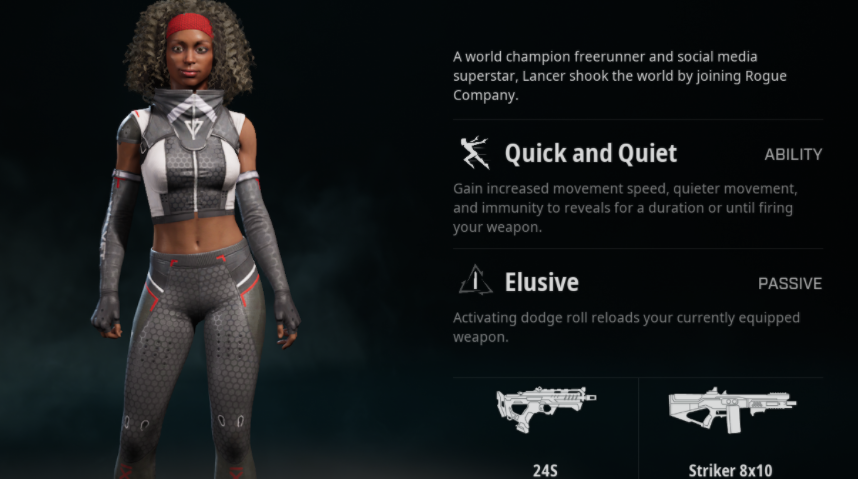 Lancer is one of Rogue Company’s most powerful rogues in the game. (Photo courtesy Hi-Rez Studios)

Lancer is one of Rogue Company’s best rogues in the game. The duelist is one of the most mobile, stealthy, a master of pressure, and built with team synergy in mind. Player’s who want to experience how quick Rogue Company can be, or to be the team’s carry, Lancer is a rogue worth investing in.

Lancer is currently one of the locked away rogues. She is not one of the six rogues available from the get-go. To unlock Lancer, players can either buy her with 15,000 of the in-game earned currency, 600 Rogue Bucks – the premium currency, or by buying the standard edition of the title.

Lancer is a Rogue that excels on mobility and out pressuring her opponents. Her ability: Quick and Quiet – increases movement speed, reduces the noise made from running, becomes immune to reveals while the ability lasts, or when you fire weapons. This is one of the reasons why Lancer is a great duelist. Other duelists in the game have abilities that either enhance their survivability or enhance their damage in one form or another. Lancer uses her ability to get into positions, surprise enemies after performing a big flank, or to deny the enemy key information.

The other aspect of Lancer is her combat pressure. Her passive: Elusive – Every time Lancer rolls, she automatically reloads her currently equipped weapon.  When Lancer is in a firefight, she has two options, roll, and reload, or to switch to her sidearm. When an enemy finds themselves needing to get into cover after fighting a Lancer, chances are they are already dead. A roll is slightly quicker than a reload, and the bonus movement gained from a roll means that an opponent likely loses the cover advantage.

Not to mention the rolling mechanic makes shooting Rogues harder. Rogues, in general, become a little harder to hit with the sudden roll animation snap. With Lancer reloading from it, she can maintain pressure in a fight for much longer, burning her opponent’s ammo by using it to her advantage. 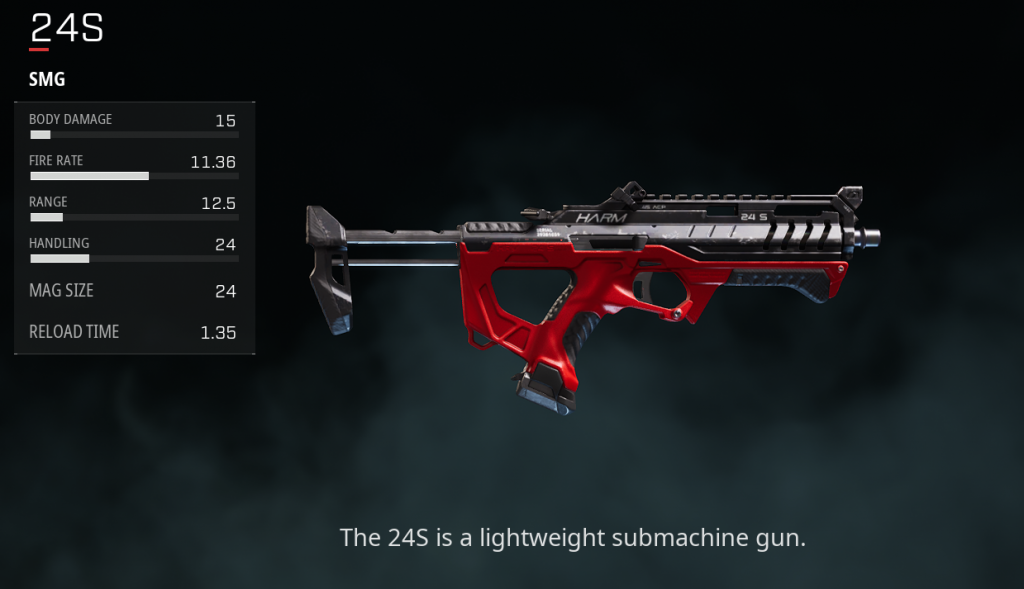 The first weapon on the list is her primary SMG, the 24S. The 24S is an average SMG in comparison to other SMGs in RoCo. However, the SMG works wonders with Lancer’s kit. The decent hip fire, mag size and damage fits Lancer’s preference to get into advantageous positions and should be the go-to for Lancer’s playstyle.  The SMG’s low ammo count of 24 is not great, but the roll reload mechanic makes up for it. The 24S can upgrade its ammo count to 34 by unlocking the Tier 3 upgrade, but it is not entirely necessary. Lancer’s ability to sneak up with her Quick and Quiet means she can execute the weapon consistently well. Combine that with her smokes to close the gap, and the weapon will work fine.

The weapon can also do some okay chipping damage when it has its range upgrade at T2, but it is not reliable enough to down an enemy. Players that like shooting at range should consider investing in the Tracker Rounds perk.

Like all shotguns in the game, Lancer’s shotgun is incredibly useful at point-blank, but we would not recommend it. Shotguns are the ultimate CQB weapon, but Rogue Company does not often present positions where shotguns excel in. The shotgun’s upgrades can gain a slight bonus to range going from six to eight, with better hipfire accuracy and mag size by the final upgrade, but it does not flatter Lancer’s playstyle all too well.

With Lancer’s kit in mind, rolling up to the enemy to get into a shotgun’s effective killing range is not a smart playstyle. Rolling point-blank to an enemy puts unnecessary risk on the Lancer, making her more open to giving advantages to the enemy.

The Spitfire is the starting pistol Lancer has by default. The Spitfire feels like a scaled-down version of the 24S, with decent fire rate, body damage and handling. Players will want to get close and use it ideally against players using the Executioner as a direct counter, burning their ammo with her kit’s speed. The weapon can be upgraded to increase mag size to 20 and to increase aimed in handling, but it is not necessary. The pistol should only be used in the pistol round or as a quick point-blank burst if she needs to switch weapon. If you are using the shotgun, then the pistol has more importance for chipping away opponents at a distance before it becomes a T3 primary weapon.

Like other melee weapons, the throwing axe is a niche weapon. Its baseline stats of 40 damage per melee swing compares to Trench’s baseball bat. However, the Throwing Axe is all about fling and forget. The weapon upgrades increase its thrown speed and increasing damage to 150 when thrown. There is never an opportune moment to buy this on Lancer, as it costs $4000 to purchase. It costs the same as her gadgets and $1k less than a primary upgrade, proving it is not cost-effective.

Lancer’s Gadgets are what makes her a great team player. Lancer’s ability to carry two some grenades is what makes Lancer an S tier Rogue, as she has so much usefulness when she has the fully upgraded smokes. The Smokes are useful to help her team get to the bomb site, smoke off angles, provide smoke cover for planters and defuses, allow her to flank or rotate, etc.

The smokes tier-one upgrade increases her smoke’s duration and slow enemies who push them. The final upgrade gives her two grenades. Carrying two smokes means there is so much tactical versatility that Lancer brings to the team. Smokes are the must-buy for every Lancer player.

The other gadget is semtex. Semtex is useful for dealing with enemies tucked behind cover, taking out Anvil shields and more. However, the semtex competes for the same investments that smoke requires. Carrying two smokes is way more valuable in ranked demolition, especially when semtex are not that reliable for guaranteeing kills until it enters T3 when it has more damage and a larger explosion radius.

The usefulness of the smoke combined with allies covering won the eco round.

Here is the order of perks Lancer can buy ranging from the cheapest to the most expensive.

Life Drain is worth $10k, but it is extremely viable for clutching in 1vx situations., downing one opponent and moving to next is the dream of all duelists. Sustain is a very limited resource in Rogue Company, so the perk is definitely worth the investment.

The other perk we recommend is Helping Hand, especially if there is no Saint or Dalia on your team. Helping Hand works well with the double smoke build path for Lancer as you can smoke off enemies while reviving your downed ally.

Here is a suggested build order for Lancer.

Round 1 – either the smoke grenade or nothing.

Round 2 – Ideally the 24S if you won the round or if you managed to gain 8k in a lost pistol round.

Round 3 – Upgrade a primary weapon to T2, aim to save money to upgrade smoke, buy Semtex or save for the Life Drain perk.

Every round after aim to assess whether you need the additional smoke, semtex, perk, or primary upgrade. Lancer’s identity as dualist maker her a flanker, entry fragger, or anchor. If you need the smokes to assist your team then go that route, if your team is taking sites fine and you want to kill rotators then go semtex to flush people out of cover or deny rotations.  The build path is quite flexible.

Overall, Lancer is a fantastic rogue that offers plenty of strengths to her teams. The apparent weaknesses in Lancer can be mitigated with smart use of her gadgets and abilities, meaning she is a strong pick, that only gets better with practice.