How to Play Horizon 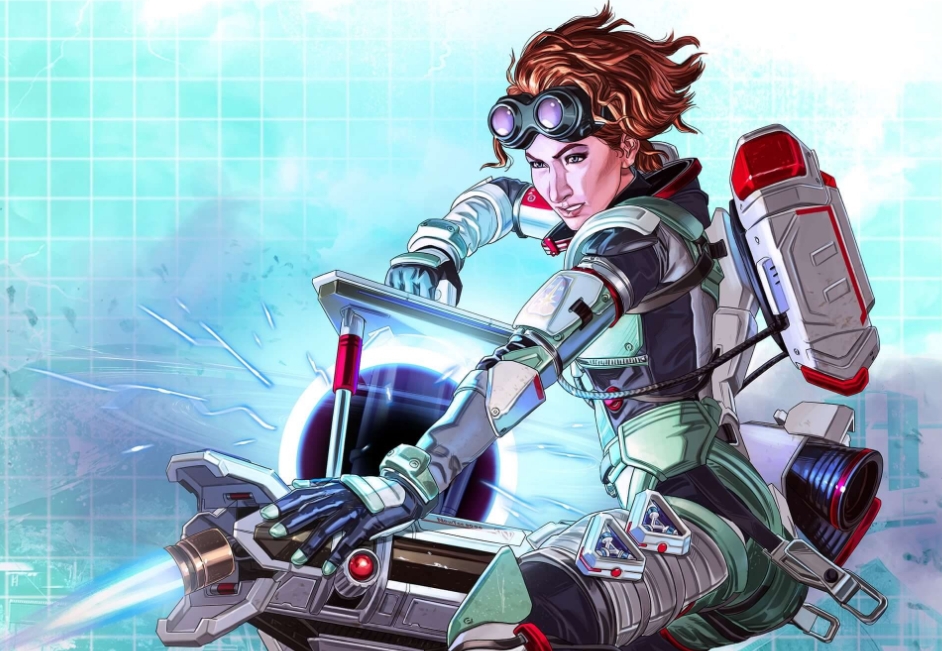 Horizon is the most exciting new legend to hit Apex Legends in recent history and is easily an A-tier, if not S-tier legend. The synergy between her abilities is one of the best out of all 15 legends and Horizon is certainly worth unlocking over Wattson, Crypto or Revenant.

According to the official description, Horizon’s passive Space Walk increases “air control and reduces fall impacts”, but that is fairly vague and doesn’t sell the passive particularly well. While the ability sounds underwhelming given Legends don’t take fall damage, it is far from it.

In Apex Legends when a character hits the ground after a jump there is a delay before they can draw their weapon as they soak up the impact from the landing.  Horizon’s Space Walk removes that delay completely allowing her to fire onto a target from midair and continue firing immediately on landing without holstering her weapon. Meanwhile, the increased “air control” means you can adjust your position mid-air to make you harder to track, and you should do that whenever possible. Space Walk is easily one of the strongest passives in Apex Legends and synergizes beautifully with her tactical ability Gravity Lift. 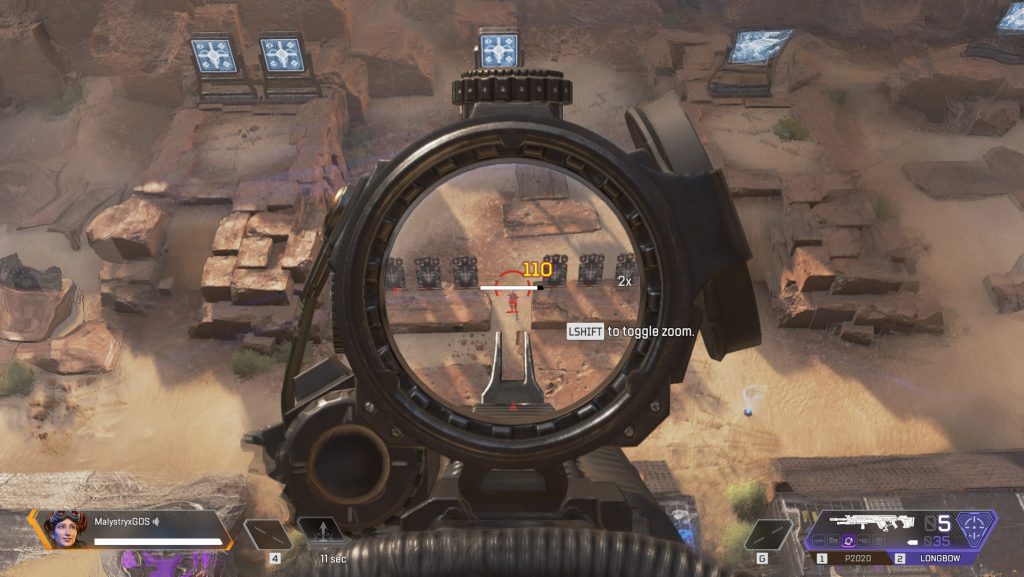 Accuracy is unaffected by Gravity Lift’s movement making it great for sniping.

How to make the most of Gravity Lift

The momentum you have as you enter Gravity Lift will determine how easily and swiftly you can escape the vortex at the top. Once at the peak of Gravity Lift the ability will gently pull you towards the center, most likely to avoid players accidentally falling off.  The slight pull also means you can actually remain at the peak of Gravity Lift to snipe or fire while still being able to strafe to dodge incoming fire. When rising in the Gravity Lift your accuracy is rather surprisingly the same as if you were stationary. This is not the case for other movement abilities in Apex Legends, and means you can pull off deadly snipes while rising.

If you wish to escape Gravity Lift’s central pull you can break free easily by pushing in any outward direction and you will receive a movement boost when you do so. Unlike Octane’s Launch Pad, Gravity Lift activates instantly so you do not need to throw it in front of you and wait for the setup time. To gain height as quickly as possible throw Gravity Lift directly at your feet, and performing a 180 mid-rise will enable you to leave the ground floor of a building and quickly ascend to get an advantage. A great location to do this is on the Grow Towers on the new map Olympus, a popular hot drop. If you care about style points you can also wall jump before placing your Gravity Lift to look like a baller. 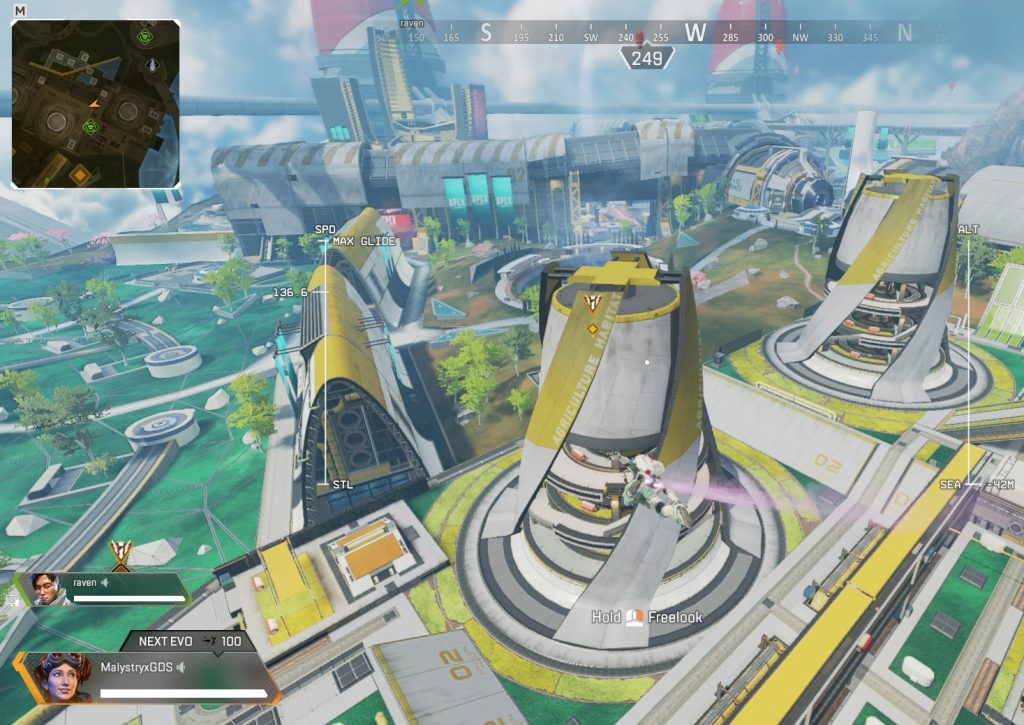 Get the edge by using Gravity Lift on locations like the Grow Towers on Olympus.

If instead of height you’re looking for distance, for example to escape the circle, then slide first before throwing the ability at your feet. Horizon’s movement mid-air is far smoother than other legends due to her passive, so diagonals, spins and strafes will make you a much tougher target.

The cooldown on Gravity Lift is 15 seconds but it refreshes when the ability is casted NOT when it expires after 10 seconds. This means that there is only a five second window where you do not have it available. For Horizon to have a tactical ability on such low cooldown means that, unlike many legends, you will be able to use your tactical multiple times during an engagement. Make use of this fact.

While you will use Gravity Lift primarily to scale and traverse terrain or get the jump on enemies camping high ground, it is also great on the defense. Placing Gravity Lift in a doorway is superb for discouraging enemies from storming your position as you try to heal. The tactical ability can also be positioned at the bottom of a lift zipwire to stop enemies from descending or to separate an enemy from his cover, temporarily making him an easy target. Taking into account what we said earlier about weapon accuracy in Gravity Lift, if the enemy has a sniper and you suddenly give them height, you might end up giving them an easier headshot, so bear that in mind. Finally, if you fancy trolling your friends, you can drop Gravity Lift on your allies if they manage to get to a care package before you and you want first dibs on the loot. 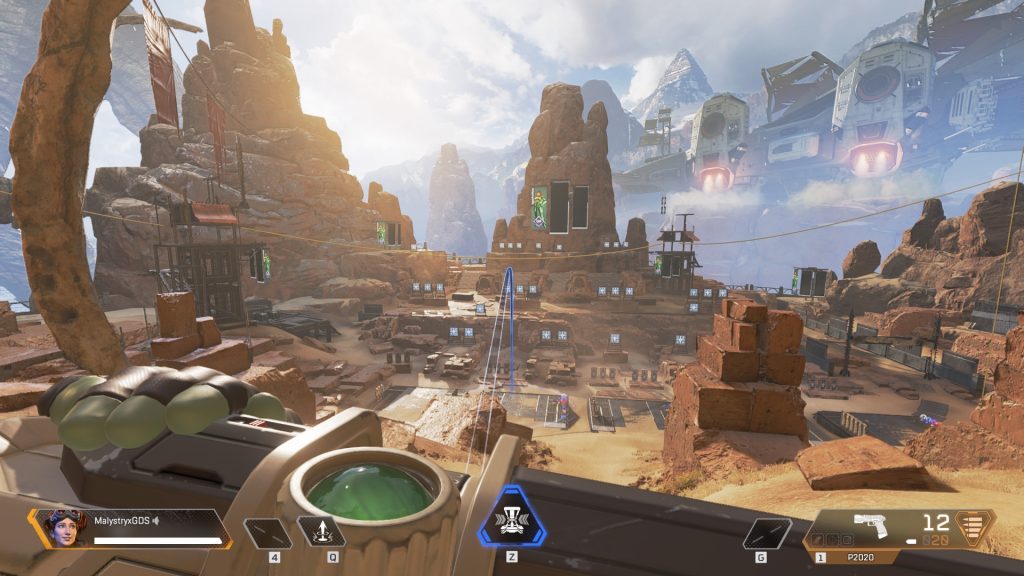 The range you can throw Blackhole is immense so use it to third party in style.

Horizon’s Ultimate creates a micro black hole via her bot NEWT that pulls enemies towards its center. At the end of the 12 second duration enemies are hit with what the developer simply called a “graviton blast”. The graviton blast is essentially a pushback but it does not deal damage, so it’s up to you to make the 12 seconds count. Ordinances are god tier when thrown on enemies affected by Black Hole and you should encourage your team to launch them. Thermite Grenades and Arc Stars will be the quickest to land, but if you think you have the four seconds to land an 100 damage grenade, then do so. While all players will be affected by the pull of the Black Hole, grenades and bullets are not.

An important point that still has eluded many players is that Black Hole can be destroyed. Yes, really. Horizon’s bot NEWT at the center of the Blackhole has 200 HP and when killed will end the Black Hole, so the 12 seconds duration is not guaranteed.

Black Hole is an extremely versatile ultimate and the distance you can throw it is immense. Because of this a prime time to use it is when you are third partying as it sets you up to clean out the survivors of the two battling squads. Alternatively if you need a heal or to ress an ally it can be used to stop a push, much like her Gravity Lift. Black Hole is still an ability that strikes fear and you can use it as a deterrent for you to reposition or escape, as well as to reign down on your enemies. The recharge time of Black Hole is 120 seconds so picking up an ultimate accelerant here or there might not be a bad idea.

Horizon is perfectly suited to players who are a fan of movement-centric legends such as Pathfinder or Octane, and enjoy overwhelming unsuspecting enemies. The new map Olympus, her former home, is tailor-made for Horizon as there are a lot of two or three story structures you can quickly ascend or soar over thanks to her tactical ability Gravity Lift. Definitely the best legend alongside Rampart to be released over the last five seasons, Horizon is here to stay and we hope this guide will help you get the most out of her skillset.