How to Play High Castle in Rogue Company 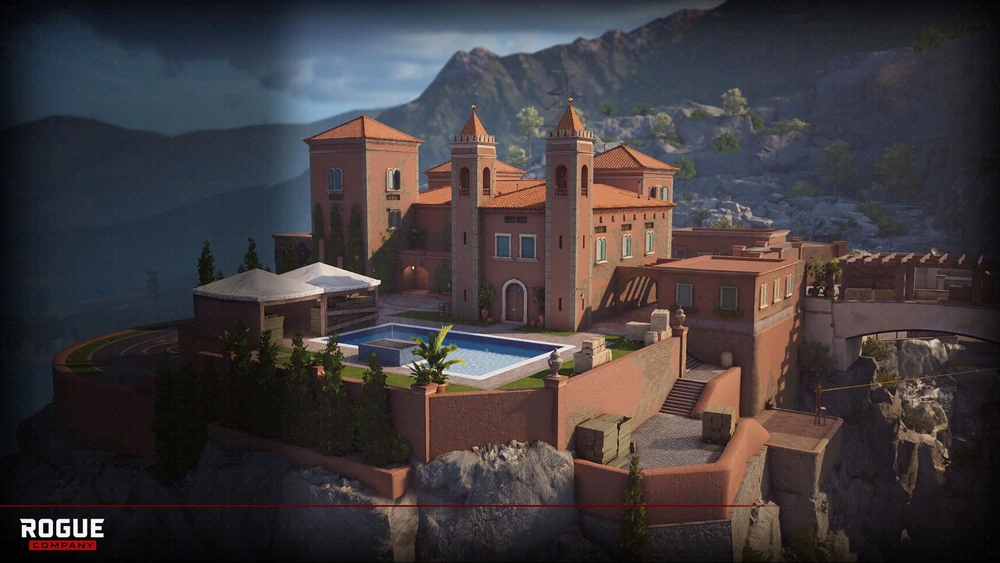 High castle is a large map which is defender sided and features significant verticality in some areas. (Photo courtesy Hi-Rez Studios)

High Castle is a Rogue Company map that is set in on an estate on a craggy cliffside in Italy. Like many of the maps in Rogue Company, High Castle consists of three primary lanes. There is the B lane to the north of the map, the A lane to the south of the map, and then finally the middle lane in the center of the map, which connects the other two lanes. This map is reasonably large and features a significant high ground advantage for the defending team. 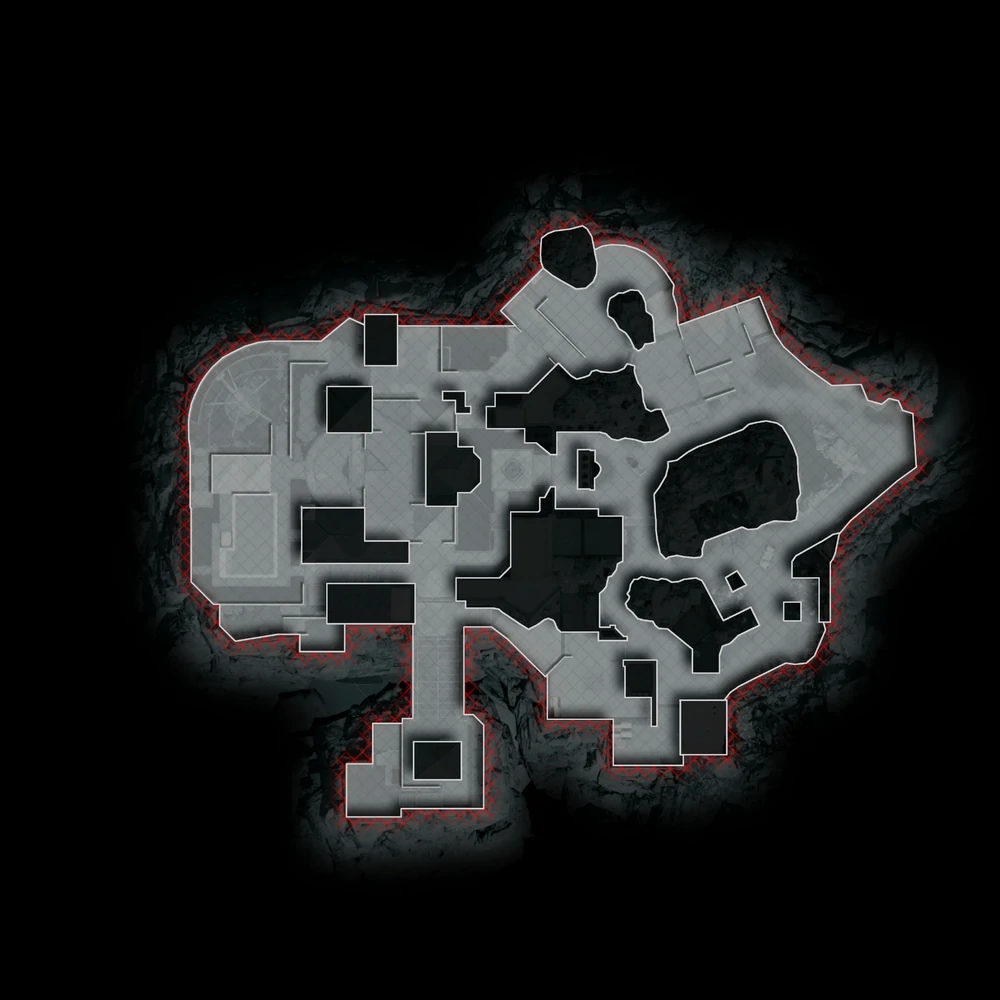 The southern lane of this map, where A is located, is a very open area with a long staircase leading down to the lowest point on the map. The A site is located on top of a tower which overlooks that lowpoint. Coming from the attacking side, the A site can be accessed via a zipline or the flight of stairs, either way you will be heavily exposed to enemy fire. Alternatively, attacking teams can also access A through mid.

The B site is located in the north lane of the map, inside a courtyard. This top lane features much more cover and options for the attackers approach. On the south side of the site, there is an entrance to a large building that connects the B site with mid, while on the west side of the site there is a set of narrow corridors leading to the western portion of this map. The site itself is very open, with little cover.

Finally, there is the middle lane. The middle courtyard portion of the map is a key area, because it controls the rotations between the two sites. Losing mid also opens up your team to being flanked, regardless of which side you are on. As a result, mid becomes the focal point of many encounters on this map, so keep that in mind when planning your strategy. Both sides will typically want to send a duelist to take mid at the start of a round, with the winning team taking a big advantage in the round.

To defend the B point, you can position an area Control rogue like Trench, Anvil, or Vy in the adjacent building or on the point itself. A second rogue can be positioned around the point, either in the center building, or in the corridors next to the point. Throughout the match, that second rogue should be rotating through the defender backline to support the fight at mid and check for flankers. 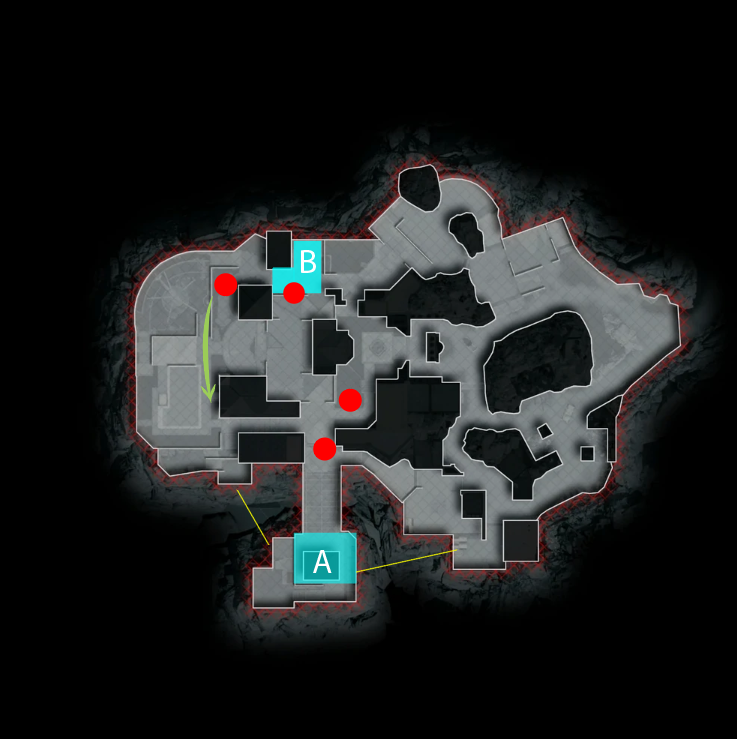 The best strategy for securing the A site is to send a long range duelist to the top of the stairs. From here, they can see anything and everything happening in the southern lane. From the elevated platform around A, the defenders will be able to not only ascertain if the enemy wants to push A, they will also be able to take free shots at the enemies who try to push the stairs or the zipline. Once it is clear the enemy is going A, the defenders at B and in mid need to rotate immediately to stop the plant. Remember there is a backside zipline approach to A which can be used to reach the site as well as the main bridge.

As for the fight at mid, on the defender side of the mid-lane choke there is a small stairwell. You can use this small piece of highground to accrue a minor advantage in your duels. However, you shouldn’t play this position every single time. As the match goes on, be sure to switch how you play mid to prevent your opponent from being able to predict your strategies and exploit them. Once mid is secure, you can back off to support your teammates on A, or you can flank around the enemy backline looking for extra kills.

When you are attacking A, you will need to either wait to have access to some of your late half utility like smoke grenades, or you will need to make a well coordinated push to overwhelm the defenders there. One strategy is to split push, with two rogues taking the stairs while two rogues take the zipline. This all in strategy might be able to overwhelm the defenders if executed well, though it is very high risk and needs to be carried out very quickly. 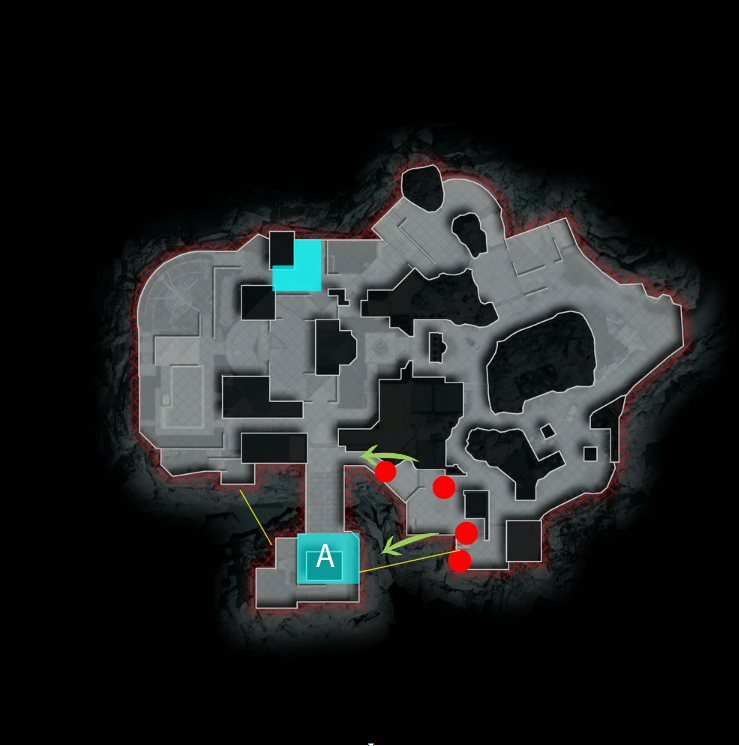 Another approach to taking A is the slow approach. You can send a rogue to mid or B who will engage the enemy, preferably really loudly. If the enemy bites and rotates, A will be open. If they don’t, you can back off A and try a push at Mid or rotate all the way to B. Through smoke and mirrors, you may be able to draw the enemy out of position on A, allowing your squad to rush the point via the zipline. The big downside of pushing A is that it’s very hard to take, the upside though is that it is also very hard to retake. When planting on A, you can plant the bomb on the northwest corner of the site which allows you to watch the bomb from the previously mentioned backside position which is accessed via the zipline. 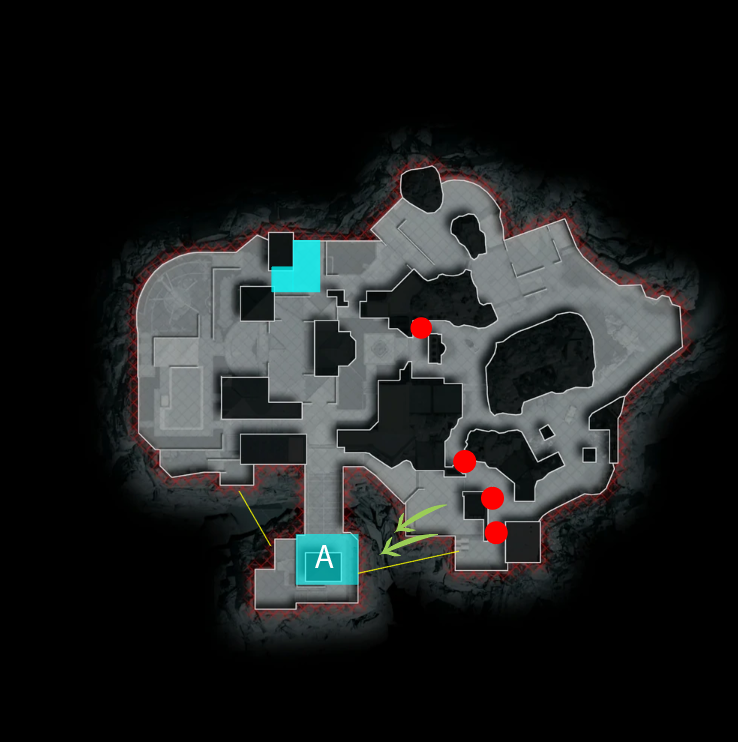 When pushing B in High Castle, it is best to split push, sending two friendlies to the north lane, and the other two to mid. You should quickly push the enemy at the middle choke point to establish mid control. By overwhelming the defenders in the center of the map, you can cut off any rotating attack players coming from A, and start to contain the B site. Once you have won the mid duel, have your players in the top lane breach the site, while one of the attackers at mid rotates into B from the southern angle. You will likely need to dump most of your utility to clear the site and plant the bomb, since the site is so exposed. Keep in mind that there is a shortcut in the top lane, where you can jump over a wall into the courtyard leading up to B. This can help you rush the site to take the enemy unawares and you can also snipe over that wall if you position yourself correctly. 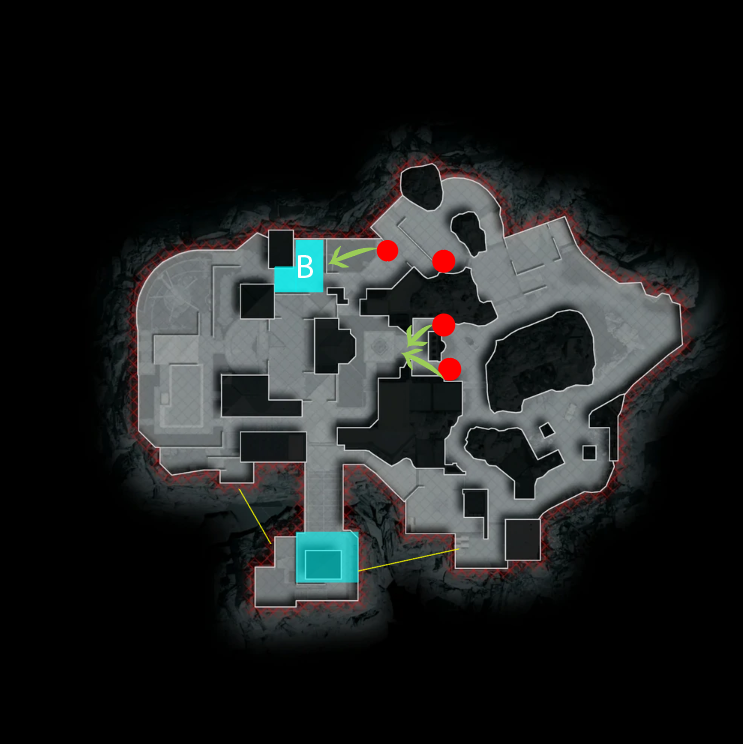 Regardless of which site you want to attack, this map requires some amount of misdirection on the part of the attackers. This is an uphill fight, literally. The only path where height isn’t hugely favoring the defense is the northernmost path, so most of your team fights will probably occur in the top lane. But with strong strategic play, a little luck, and some aim duel victories, attackers can definitely pull out some rounds on this map.

Trench is great for defending the B point on High Castle. He is very tanky, his barbed wire field is very useful, and he has access to Active Protection Systems which can intercept lethal utility from the enemy. He also has access to a long range DMR, which is quite powerful on this map, due to all the long lines of sight. Alternatively, you could also run Vy to defend B. Her Poison Cloud is one of the most effective abilities in the game for denying a site, though she only has access to midrange and short range weapons, so she will be less useful if you have to retake A. If you just can’t decide between the two area control rogues, your team can run both.

Saint is a great pick for either side of High Castle. On defense, his scoped assault rifle is an excellent weapon for taking advantage of high ground angles on A and he has a trip wire which is nearly impossible to dodge for enemies who take the A zipline. You could also replace Saint with any of the snipers, but you will be missing out on his Revive Drone which can be very useful on a large map like this. Dallas is a great option for defending this map due to his ability which reveals the enemy position. On a map like High Castle, where teams are forced to rely heavily on intelligence to win, Dallas’ active ability is even more broken than usual. Finally, Lancer and Ronin are great mid fighters whose kits are explicitly built to win duels.

Dima is a great breacher for the attack team on High Castle. From the very first round he has access to his MIRV Launcher which fires a cluster of eight grenades. This is an essential piece of utility that can give you an upper hand when breaching B, something you will be doing a lot. As the half goes on, he gains access to even more lethal utility grenades as well.

Lancer, and Ronin are great options on attack for the same reasons they are good options on the defensive side of this map. They are great at winning duels, and once they win their duels they can flank the enemy team quickly. Although running two flankers isn’t necessary by any means, big flankers can really turn the tide of a round on this map, so doubling up on duelists isn’t the worst plan in the world.

Finally, Chaac is an amazing attacker on High Castle, if only because of the sheer survivability of his kit. Chaac’s passive ability lets him dodge roll while downed. He can use his active ability of Rage to overheal himself or even revive himself when needed. His aggressive and durable kit can provide the extra push that is needed to tip the tides of a close team fight. For players who haven’t unlocked Chaac, you can also utilize Dallas, Trench, or Anvil in this tanky, aggressive role. In fact, Dallas’ intel can be very useful while attacking on this map, especially when trying to push the A hill, so you can also substitute Ronin or Lancer with Dallas if you are more comfortable with his loadout.