How to Play Dr. Disrespect’s “The Arena” 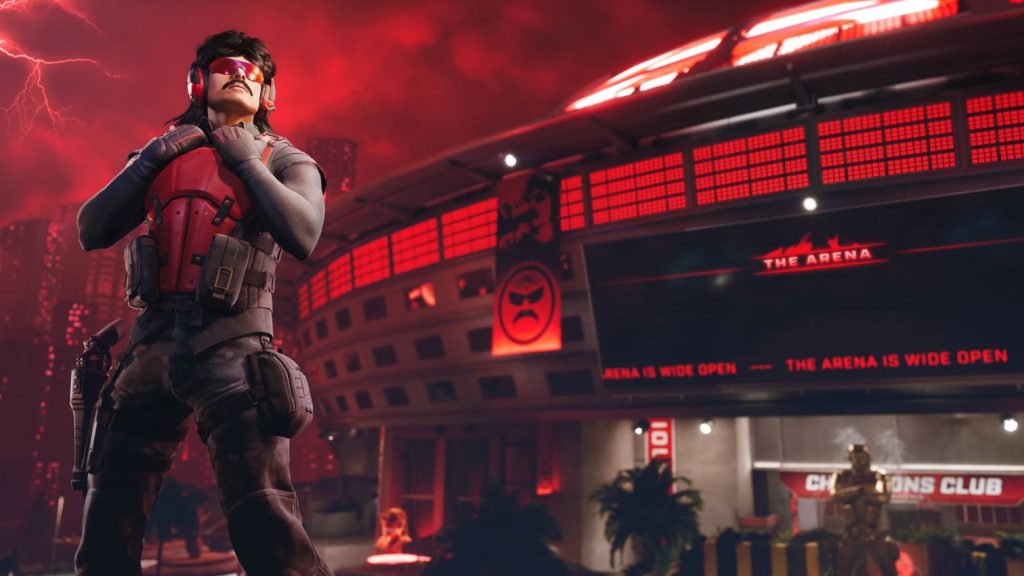 There is violence, speed, and momentum aplenty on The Arena. (Photo courtesy Hi-Rez Studios)

The smallest and most action-packed map in all of Rogue Company was designed by world famous streamer Herschel “Dr. Disrespect” Beahm and is called “The Arena”. For some background, when the Rogue Company beta first released Dr. Disrespect tried the game and apparently enjoyed it, because he offered to design his own map for the game built around his motto of “violence, speed, and momentum.” Hi-Rez Studios, the developers of the game, agreed to give him a shot at the design. When he came through with the initial blueprint they liked it.

After the Doc sent an initial design and worked with Hi-Rez to make his vision a reality, the development team announced the official release of “The Arena” in Mid-October. Aesthetically, the arena is based on Dr. Disrespect’s 1980’s inspired brand. Design wise, it is made to be one of the fastest paced maps in the entire game. As soon as you land, you are only a few moments away from the action. Here is everything you need to know to master this map! 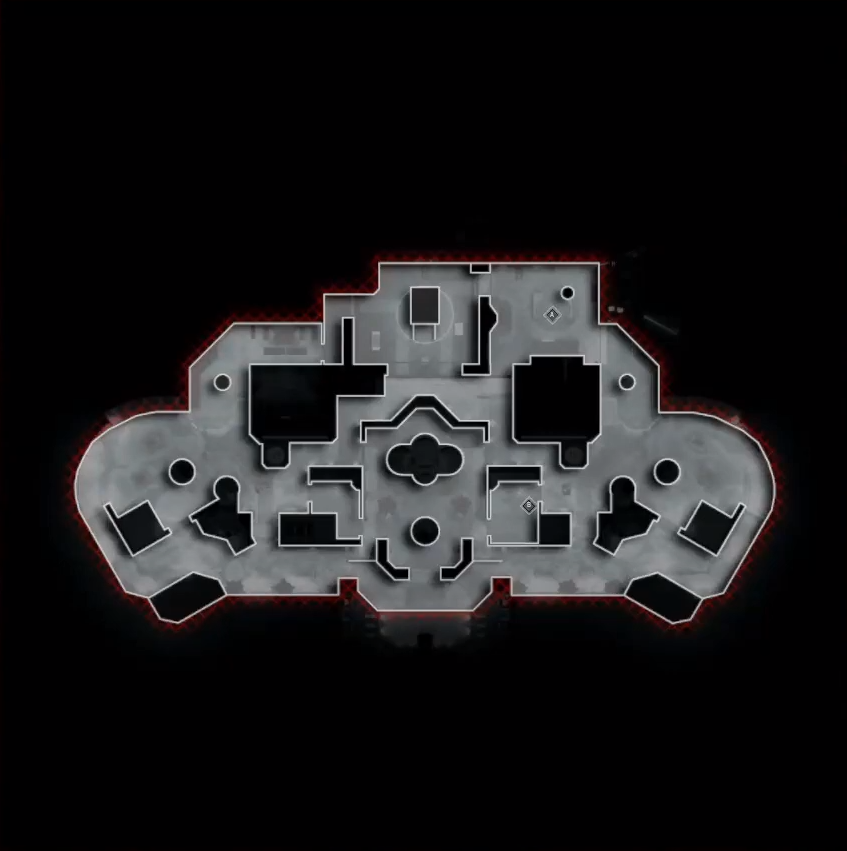 The Arena map is laid out in a relatively symmetrical shape. The teams fly in from the east and west, landing in the rounded courtyards on the two far ends of the map. For attack and defending modes, the attacking team flies in from the west, while the defending team lands in the east. Although the map is symmetrical, the objective sites are cheated to the east to ensure defensive players have time to get into position. But with a map this small, you better move quickly and know exactly where you are going, lest you get caught out and eliminated early in a round. 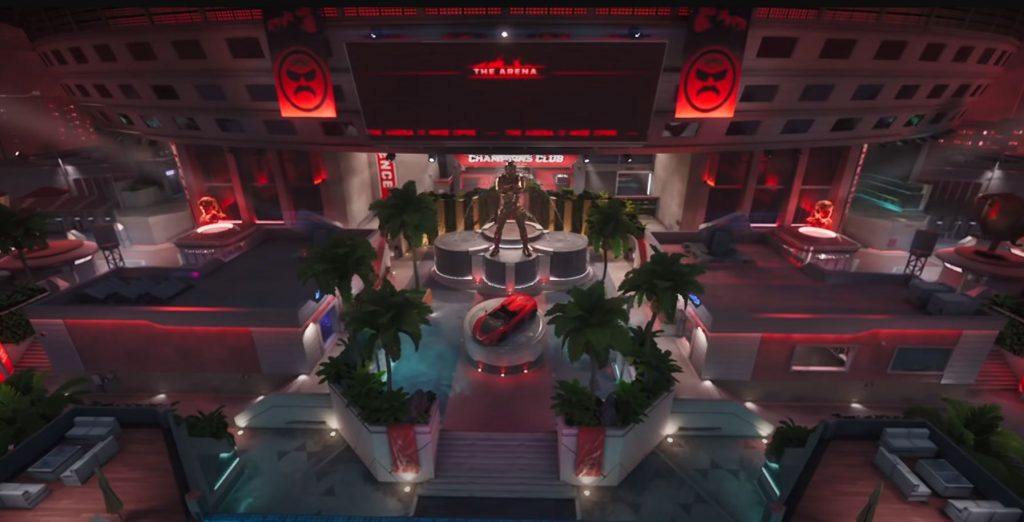 Only a few moments away from the initial landing zones is the center courtyard, which will be the sight of many bloody battles over the B Site in The Arena. The middle of the courtyard features a huge statue of Dr. Disrespect, which provides a neutral tactical position which is valuable to hold, especially for attacking teams. This central courtyard is mirrored like most of the rest of the map. On the west side of the courtyard there is an arcade to take cover in, and on the east side there is a gift shop featuring Doc-related merch. The merch shop is also the B point for the Demolition game mode.

The second major lane on the map is to the north. This upstairs section features a series of spacious indoor rooms linked together by some narrow corridors, stairways, and hallways. In Demolition mode, the A site is located in the northeastern room. The upper and lower decks are connected by a series of stairways, all of which are key to map control.

When it comes to defending the A site, it is best to position a decent duelist covering the northern entrance to the site. This position is the most isolated, but holding it is crucial to keeping the flank clear for the rest of the team. If attackers do push this area, there is a covered position in the north eastern corner of the room which can help keep you alive, while you wait for assistance. There is also a balcony behind the A site which has quick access to the back of the B site. This is a good rotation spot for players who want to support their team on B without abandoning their position defending A entirely. 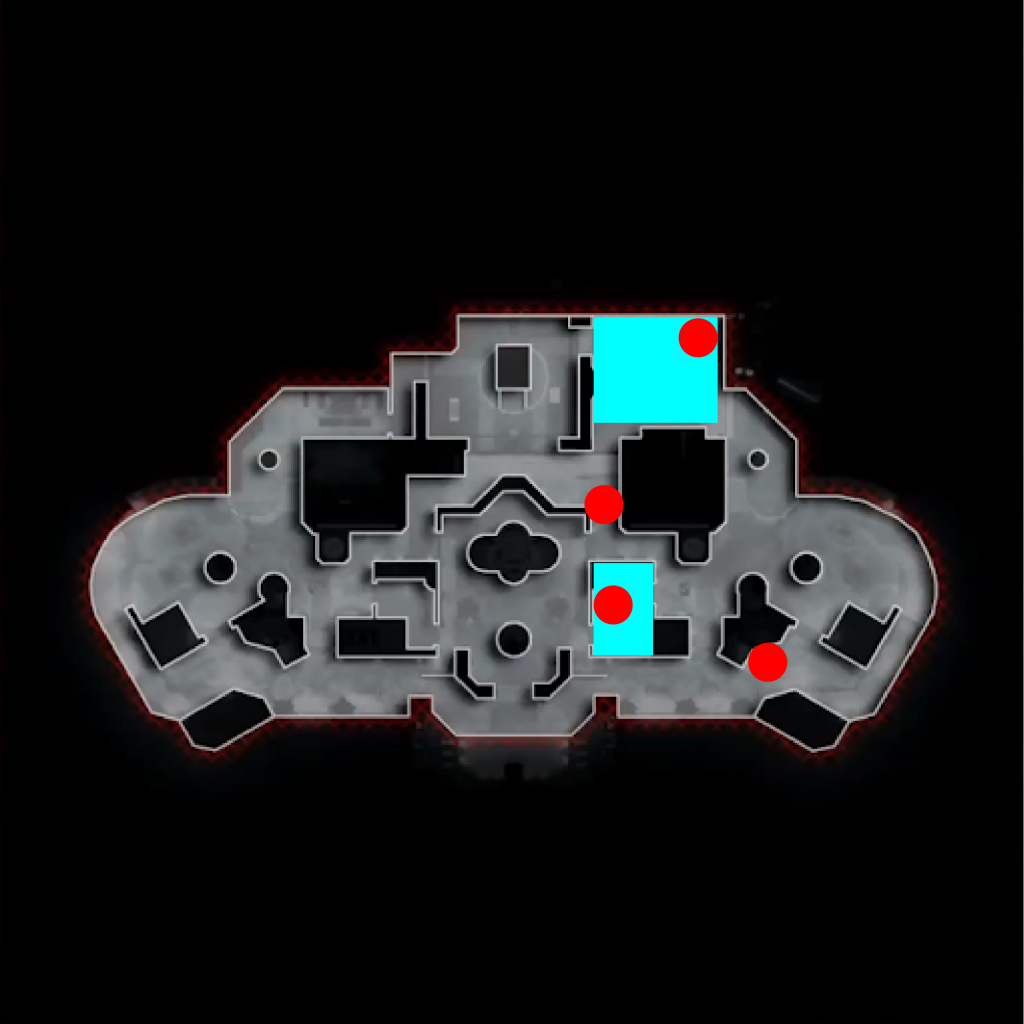 As for the B site, the northern approach can be covered by a player on the stairs. This position is tactically important, since it is the fastest rotation between the sites. You should also position an area control rogue in the B site itself, either holding a close angle inside the shop, or peaking from the backdoor. The biggest threat to the B site’s security is the alley on its southern flank. This flank can be accessed from the center courtyard, or attacking players can sneak down around the southern part lane to access the alleyway. So be aware of that threat and position a lurker to cover this side of B at the start of the round.

The best way to push A is a split push. A duelist and your breacher should push the north side, where you will probably run into an enemy rogue. Have your breacher positioned a few paces behind your duelist though, so you don’t both go down to an explosive while peaking that angle. The goal here is for your mid-range threat to win a duel with whoever is holding the top angle on A, while your breacher covers the cross fire from the defensive stairs.

While that is happening, the other two members of your squad should push the attack-side stairs and peak courtyard, creating a nice cross fire which establishes control of the northern part of the map. The attacker stairs offer a great line of sight to the top of A, and it is a strong position to contain the defensive stairs position between A and B. 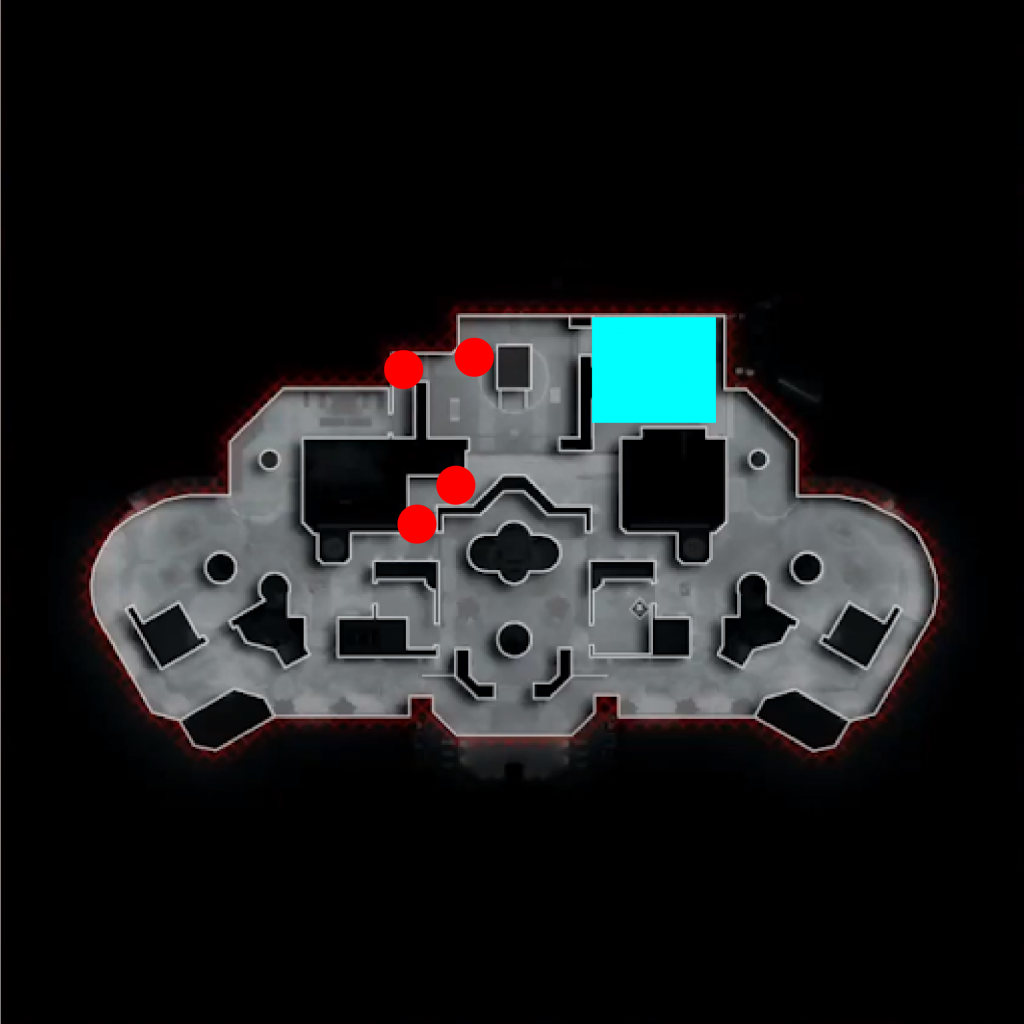 When you push B, you want your team to stick together a little bit more than when you are pushing A. Your flanker can flank through mid or wherever, but everyone else should be together pushing through the southernmost path on the map, and stacking up inside the courtyard. Once again, make sure none of your Rogue are too close together, to minimize the chance of two Rogues going down to a single explosion. The ideal goal for pushing B is to control the Dr. Disrespect statue in the middle of the courtyard. This position is safe from most defending angles, and allows you to ply your explosives to the B-site with your breacher.

Once you are in position, you can either rush the site directly, or you can push into the southern alleyway. If you push into the alleyway, you will likely face a duel with a defender there. If you win, you can access the site through either the window or the backdoor. If you have a smoke, you can also smoke off that defender to push the alleyway. The best place to plant on the B-site is in the courtyard access doorway, since it will allow you to defend the bomb from the courtyard, where ideally you have already set up a three way crossfire.

Best rogues to choose for The Arena

Dima specializes in breaking enemy defenses and breaching into sites. The reason he is so essential to attacking on this map, is that many of the defensive locations in the map are difficult to approach when attacking. Dima’s MIRV Launcher fires a cluster grenade and is a great tool for clearing both the A and the B site for entry. Dima also has the ability to buy EMP Grenades and Frag Grenades, which are very valuable on attack. 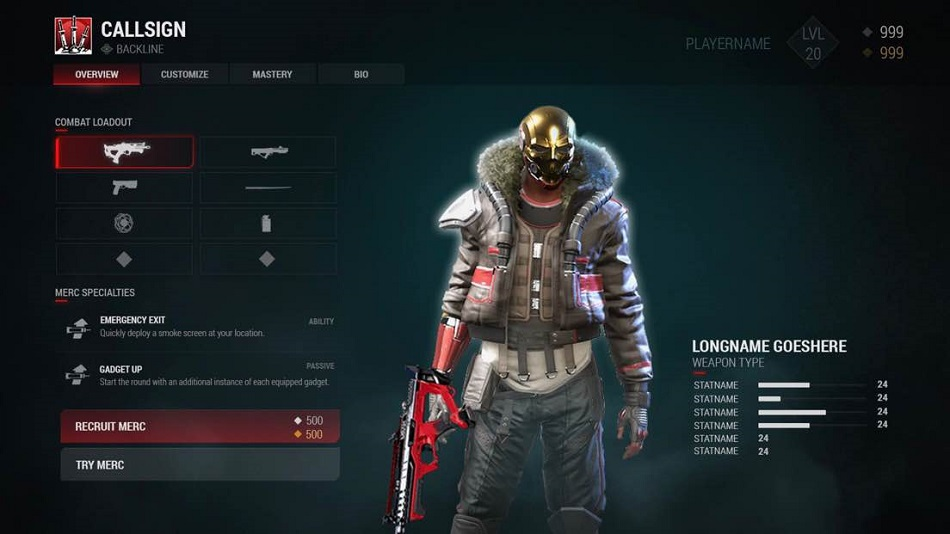 On a map dedicated to speed and violence, it only seems appropriate that teams run Lancer on attack. She is a duelist with speed and violence on her side. Her quick and quiet ability allows her to move at a significantly increased movement speed, without making noise. This ability combined with the small map makes her very deadly at the start of a round.

Although Trench is a defensive hero, he is a great pick for the attacking side of this map. In such a small map, his ability to drop a barbed wire grenade and tear gas can help attackers secure a site and slow down the enemy rotations. In addition, his passive ability Gadget Up combines well with Dahlia’s ability, which allows her to inherit the passive of another rogue. When linked with Trench, Dahlia can carry three smokes and two frag grenades, which is a broken amount of utility for a support rogue to carry.

Talon is an intelligence focused character who can help your team determine where the enemy team is positioned. His radar dart can reveal enemy locations, which is helpful on the Arena, since attack teams can attack quickly from a variety of angles, so an optimal defensive rotation is crucial to success.

Saint is a support rogue who is capable of sending out a revive drone which can pick up a friendly player from anywhere on the map. He also can carry a smoke grenade, which is valuable on defense, since it can be used to block specific lines of sight. Pretty much any support hero would work, but Saint is an optimal choice. 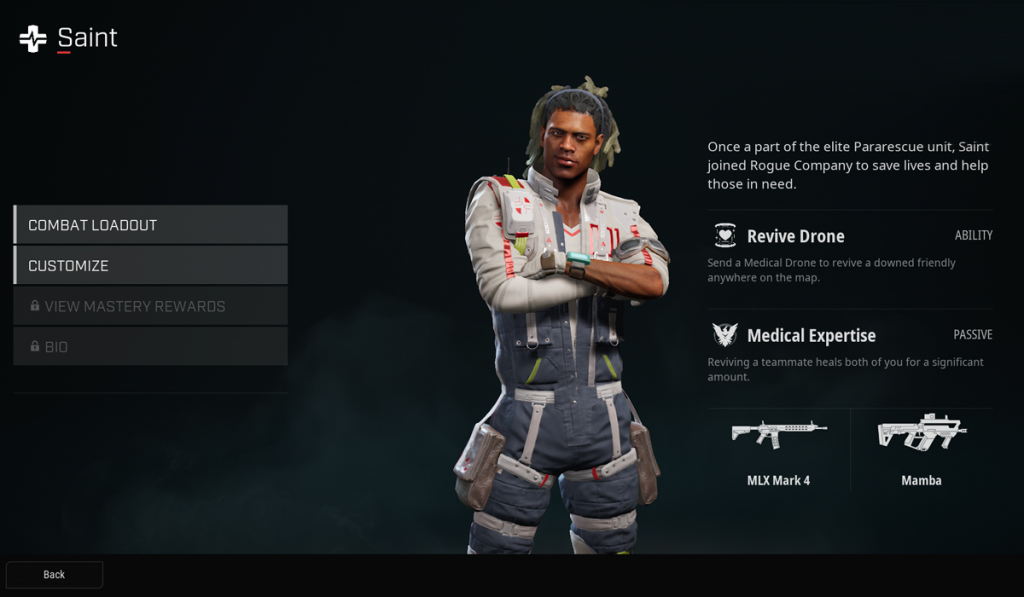 Finally, playing Trench and Anvil together on defense can go a long way to slowing down enemy pushes. Trench brings his barbed wire and tear gas, which allow him to control the site and approaches to the site for a decent amount of time without too much assistance. He also has access to the Active Protection System ability, which will intercept explosives, making him harder to dislodge from his position. Anvil, on the other hand, is immune from gas and disorient effects. He can drop portable cover and suppress open spaces with his deadly machine gun. These two rogues together make up a strong backbone for the defending team on The Arena.