How to Play Breach 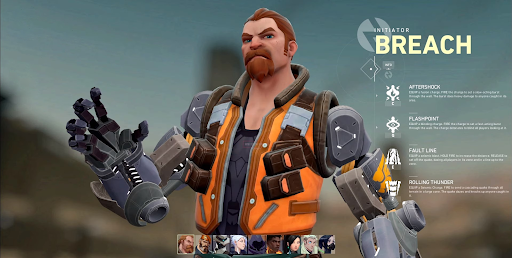 Breach is an explosive expert in VALORANT who specializes in the use of crowd control abilities to initiate fights. Breach’s abilities are made up of various explosives, flashes, and crowd control stuns all of which are designed to help your team get the upper hand. With strong communication and coordination, a good Breach player can use their utility to control a site or overwhelm enemy players on either offense or defense.

Breach is one of the best agents available when it comes to supporting your team in taking a site, because Breach is able to place his utility in unique locations. All of Breach’s four abilities can be fired through terrain. Since he can fire his abilities through walls and objects, you can take minimal risk while also using your utility.

One thing to be aware of when playing Breach is that, with the exception of Aftershock, your abilities work against both enemies and teammates. So before you flashbang a wall, or send your Fault Line earthquake down a hallway, be sure that you aren’t going to immobilize your friends. 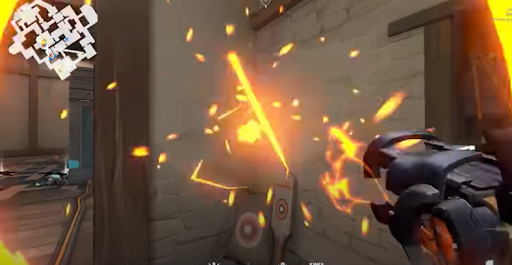 Breach’s Aftershock ability fires an explosion through a wall which then deals damage to enemies on the other side. The closer an enemy is to the blast, the more damage they will take. Generally, if you do hit someone, they will likely die. Aftershock is Breach’s most affordable ability, costing only 100 to purchase.

Aftershock is a time delayed ability with a notable audio cue attached to it, so it can be difficult to actually deal damage against wary opponents. However, the explosion remains highly effective for clearing angles before entering a site. Although enemies have time to dodge, Aftershock will still force them to choose between moving out of position or taking damage.

All of Breach’s abilities become more effective with good team communication. If a teammate is able to identify the location of an enemy on a point, use that information to place your Aftershock ability more effectively. Aftershock can also be a particularly effective ability for defenders, since it allows you to clear bomb plant locations without having to peak them.

Flashpoint is possibly the strongest flash ability available in VALORANT because it can be cast through surfaces. Most flash abilities in VALORANT are relatively easy to identify and avoid, since they will generally come from expected entry ways. Breach’s Flashpoint, however, can be fired at any part of the wall, making it much more difficult to anticipate the threat and look away.

Flashbang abilities are a staple tool for checking corners and initiating fights in VALORANT. If an enemy fails to look away from your flash, they will be blinded for a few moments giving you a massive advantage in that duel. Even if they do look away, you have at least forced your enemy’s crosshairs off the corner you are about to go around.

When using Flashpoint, try to think about the map geometry and cast your flash from unique, unexpected angles. While charging the Flashpoint ability, your minimap will indicate where the flash will pop out, which is useful information when placing a flash.

You can also try using your flash in unexpected situations. Once you are familiar with the various VALORANT maps, you will start to pick up on some of the more sneaky spots to use your Flashpoint which will help you push various common defensive locations. If you learn to use this ability well, you will be able to take the advantage in many of your duels. 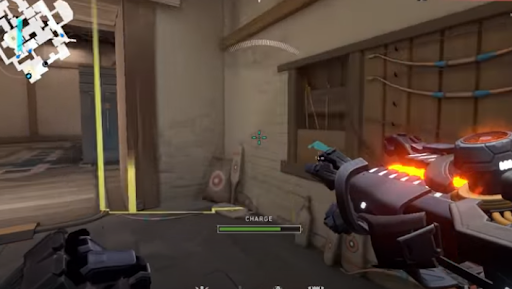 Breach’s signature ability is Faultline. It has a 35 second cooldown and allows Breach to charge and fire a tremor through the map which will disorient enemies it hits. Because of its short cooldown, you will be able to access Faultline multiple times in a round. Enemies who have been hit by Faultline have their screen blurred and their fire rate substantially lowered for the duration of the stun.

Like his other abilities, Breach’s Faultline earthquake effect works through walls. The ability has a wide area of effect and a fully charged Faultline ability has a relatively long distance, allowing Breach to impact fights from across the map. There is no indicator for whether or not you hit enemy players, however, if you see an enemy who was struck by the ability they will have yellow stars around their head.

Faultline can be a really high impact ability, on both offense and defense. On offense, it’s a great tool to initiate fights on site. On defense, this tool can be used to stop or slow down attackers while your team rotates. Either way, Faultline is a very powerful ability, especially considering its short cooldown. 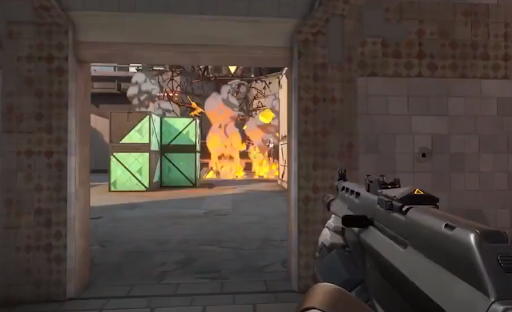 Rolling Thunder is one of the best ultimate abilities in the game. It is high impact not only because it can be fired through walls, but just because of how massive its area of effect is. The area of effect is wide and can span an entire site. If you know the commonly held locations on a map, you can easily disable multiple enemy players with this devastating ability. Whether you are on offense or defense, Rolling Thunder is definitely a game changer.

Breach offers some of the best crowd control abilities in VALORANT, making him one of the strongest agents in the game. More than any other agent, Breach benefits from experimentation and creative uses of his abilities. So when you play Breach, try to look for unique angles of attack and new ways to abuse his powerful abilities for the benefit of your team.