How to Bet on Esports | Hotspawn Reviews Esports Betting 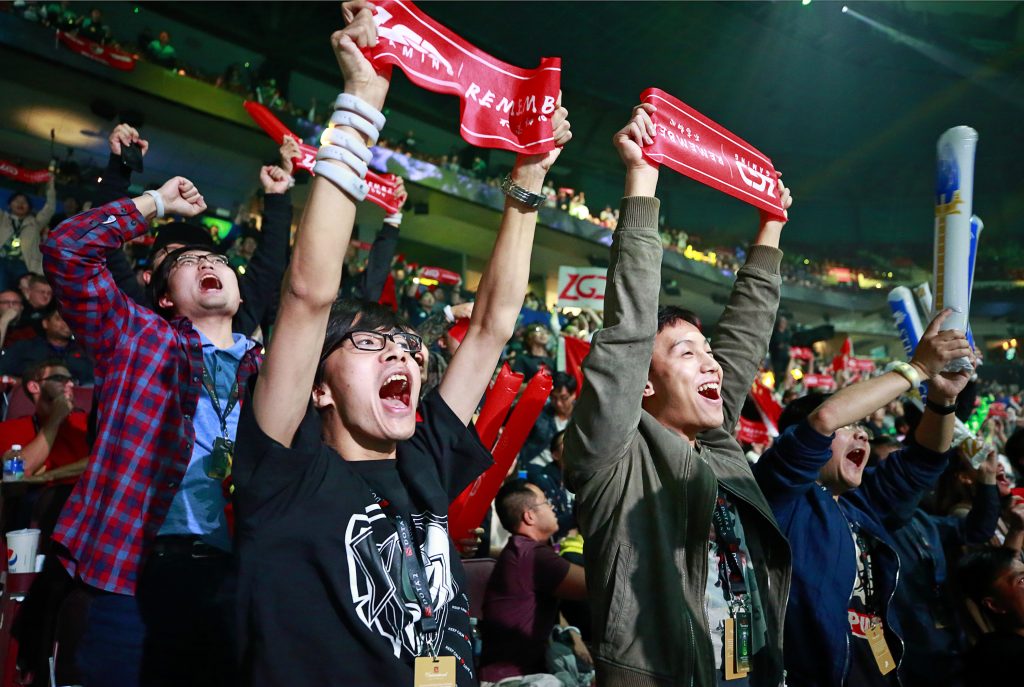 Throughout the history of mankind, any time there has been a competition for spectators to enjoy, some of those spectators will find a way to gamble on it. Esports are no different. While in the past when competitive gaming was much smaller friends may have been left to just bet against each other, the explosion of popularity in esports has forced conventional sportsbooks and bookmakers to catch up and start offering esports odds.

Lines on esports events started popping up online in the mid-2010’s. William Hill USA became the first bookmakers to offer legal bets on esports in the United States in late 2016 on a League of Legends tournament. The state of Nevada added even more legitimacy to betting on esports when it verified its legality in 2017, recognizing it as a skill game in the process. The future looks bright for esports betting as more and more betting action coming in on these events is, in turn, assuring more lines and options are being offered.

What Type Esports Bets Are There?

Without question, the most standard and popular version of betting on esports is moneyline betting. A moneyline bet is simply a wager on which side will win in a single game between two (or more) opponents, whether those opponents are individuals or teams.

Of course, two players or teams matched up with each other are rarely identical in skill. As a result, most games have a favorite that is considered by the sportsbook to be more likely to win than the underdog that is considered less likely to win. How big the skill gap is between these two teams or players will determine each side’s price on the betting moneyline.

For example, say that CSGO team Astralis is competing against Na’Vi. Na’Vi is a very good CSGO team but Astralis is the No.1 team in the CSGO world. The betting line for that game might be set at Atralis (-300) vs Na’Vi (+240).

In some cases, there will be a huge discrepancy between the favorite and the underdog. In others, there won’t be any at all. An NBA 2K League game between Mavs Gaming and Wizards District Gaming might be too close for the bookmakers to call, creating a line of Mavs Gaming (-120) vs. Wizards Gaming (-120) aka even odds. In this instance, both sides are going off at -120, or bet $120 to win $100.

Moneyline wagers are at the foundation of any esports betting strategy. They are the most widely available betting lines and are also the least complicated, simply asking you to pick the winner of the game.

A league is made up of a group of teams that plays head-to-head games against each other. In most cases, the top teams in each of these leagues advance to the playoffs. Once in the playoffs, the teams play down to a champion, with the champion earning bragging rights and usually some sort of cash bonus.

Tournaments, on the other hand, do not start in a league format, instead just starting with a set number of players that play in a tournament bracket down to a winner. These tournaments also come with cash prizes divvied out to the top teams with major tournaments prize pools easily topping $1 million.

Regardless of whether a game is taking place in a league or a tournament, you will usually have the option to bet on any game on the moneyline. But what if you want to bet on who will win the whole tournament or will be crowned champion of the whole league instead of just betting on individual games?

This is where futures betting comes in. Futures bets list the odds on each team or player involved in the tournament winning it. These odds will change drastically from the start of the tournament to the end of it as teams or players are eliminated and the field is narrowed down. The earlier you can get your bet locked in on a futures board, the better.

For example, a series of future bets were made available for the 2018 The International tournament, the annual Dota 2 tournament that features the biggest prize pools in all of esports. The top teams of Team Liquid and Virtus Pro were each going off as +300 (bet $100 to win $300) favorites. Every team’s odds were listed, all the way down to the biggest long shot on the board of Invictus Gaming at +6500 (bet $100 to win $6500).

Depending on the size and importance of an event, other future bets may be available as well. The 2018 International also had futures wagers on the team with the most kills, the player with the most kills, the team with the highest kill average, and many more. Futures bets are a great way to invest in long-term options and can provide more versatility than moneyline bets. Plus, it can help you beocme more invested in the winner of every single game.

Speaking of versatility, prop bets are where you get into the nitty-gritty of esports betting. Digging far deeper than just on who will win a game, esports prop bets allow you to bet on specific elements within the matchup to help you maximize your profits on your knowledge of how specific teams and players play.

For example, take the competitive game of CSGO between Astralis and Na’Vi we used as an example earlier. On the moneyline, Astralis is a -300 favorite over Natus at +240. You could just bet on the result of the game and be done with it. Or, you could dive into prop odds.

Esports matches of CSGO are often played in a Best of 3 format across three different maps. The two teams play each map until one team gets to 16 round wins on that map, earning that team a victory towards the Best of 3. When a team wins two of the maps, they are declared the winner.

Each of these maps has their own set of wagers and odds available on them. The first is a moneyline wager on who will win Map 1 (or Map 2 or Map 3). With this bet, you are betting on Astralis or Na’Vi to win just this specific map; what happens in the rest of the game does not concern you.

These are just a few examples from one game. What prop bets are available varies wildly from sportsbook to sportsbook and game to game. The good news is, as esports betting continues to grow in popularity, prop betting options will as well. Always keep your eyes open for new ways to bet on your favorite esports as they become available.

Esports Betting Other
Share
Dave has been a sportswriter for over 10 years and an avid gamer since childhood. His favorite game genres are RPGs and action adventures.