How CS:GO Pros Are Using Pistols 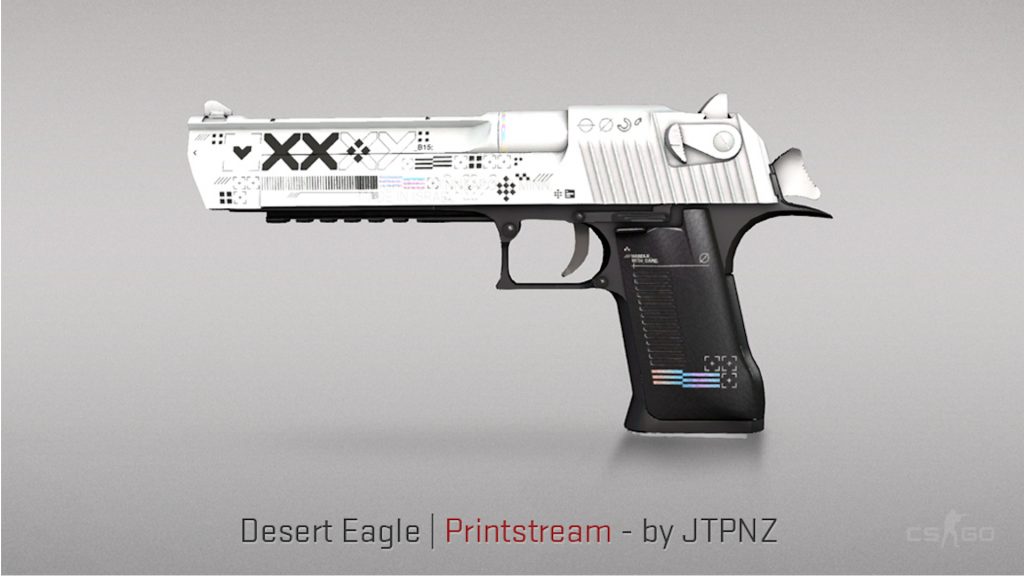 The Deagle is one of the most popular pistols that professional players use in competitive CS:GO. Image courtesy of Valve.

Competitive CS:GO is back with the 2020 player break coming to an end. Events are back in force with the likes of DreamHack Open Summer finished and ESL One Cologne Online and IEM New York qualifiers underway. With the new season back in play, the CS:GO meta remains the same since April’s weapon balancing with the Krieg 552 /SG 552 nerf and the buffs to the Tec-9, the Deagle and more. With the Counter-Strike identity back in play, let’s look at how the pros use pistols.

The Deagle is one of the most powerful weapons in the game. The weapon is capable of one tapping helmet opponents and can two hit kill in the body regardless of armor. Since April, the Deagle’s accuracy after jumping centers much quicker. Players are finding that the weapon is even better than it ever was.

Players tend to use this weapon during eco rounds as it costs $700, and the power that it has can majorly impact rounds. The Deagle can take fights against rifle users at medium and long-range and may be able to contend a sniper if the aim is perfect. However, one of the weaknesses the weapon has is its recoil. Spamming the Deagle causes it to become extremely inaccurate, so mastering aim reset is the way to go. You can see an example of how great this pistol is Will “RUSH” Wierzba who recently clutched a 1v3 to take the series and qualify for the playoffs.

.@RUSH SEALS THE DEAL ON DUST II WITH A CLEAN 1VS3 ON THE DEAGLE! 💀💀💀#ESLOnehttps://t.co/Z8HYtaIAYd pic.twitter.com/aZZoZxX2FO

Also, the Deagle is perfectly viable on every map. Every map has close, medium and long angles, paving the way for it to have an impact everywhere it goes. Because of its versatility, players can pair it with any primary weapon, as demonstrated In the Sprout vs OG series.

The CZ75 is another pistol making its rounds in the competitive CS:GO space. The weapon is one of the best point-blank weapons in the game, with its incredibly high rounds per minute making it a great burst weapon. Of course, it’s great for headshots, causing one hit kills to unarmored heads or 95 to helmets.

The general idea is to use this weapon during the pistol round, eco rounds, force buys or when holding specific angles. Due to the weapon’s nature of having a low magazine count, high recoil and scare magazines, this weapon is a pocket strategy. The weapon is designed for getting quick kills at short angles or for rushing an opponent down and taking their weapon. This make it a go-to choice for economic damage or stealing away an opponents primary weapon.

As for map usage, Natus Vincere and Sprout are purchasing the CZ75 quite a lot on Nuke. The map has lots of close quarter spots, with the likes of A sites hut and B vents offering good spaces to use the weapon. Although, this is not the only map that benefits off this, as Inferno players use it to get close-quarter kills in the post-plant or forcing themselves through apartment and top of mid with utility.

The Dual Berettas are receiving a bit more attention in recent pro matches. The weapon itself is not anything special, but some players are finding ways to make it work. The role of the dualies in CS:GO is to offer low damage, high rate of fire and high magazine capacity. This is mainly a capable pistol for spamming an area.

Against most other pistol choices in the buy phase, dualies often feel underwhelming in comparison. However, that does not necessarily mean they are worthless. In certain positions, this pistol can excel, especially when the potential recoil of the weapon is not at a disadvantage. The likes of Nils “k1to” Gruhne mad a fantastic play with the Dual Berettas, getting several kills one Inferno’s banana. On the other hand, Aleksi “Aleksib” Virolainen also earned three kills on Nuke’s squeaky door. There is potential for the pistol; it just needs the right player and moment to shine.

As for map positions, this pistol seems to work at close range or funneling locations. Areas like Mirage’s B site, Inferno, Nuke and more are good shouts to pull the weapon out. While the likes of a CZ75 can beat it in those situations, it has the advantage of having a high magazine capacity and ammo reserve.

The likes of the P250 and Tec-9 see some gameplay from time to time. Both weapons don’t have any niche strategies other than being spammy and or armor penetrating rounds close up. Players with spare funds after buying their primaries may look to one of these two pistols, as well as the Deagle. There’s no real advantage of these pistols other than switching to your sidearm being faster than reloading. Not to mention that these pistols are much more reliable than default spawning pistols.

With this said, this is how pros are using pistols since returning from the 2020 player break. Hopefully, this insight helps you learn a thing or two on how to use sidearms.