Five Cities That Should Host The International 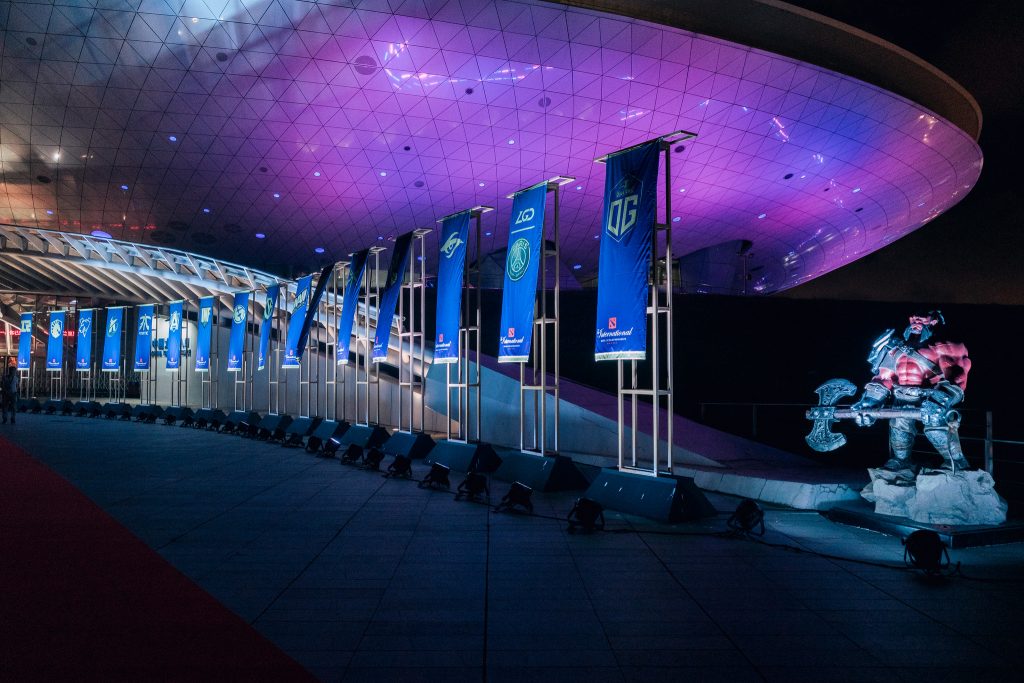 The International has been held in four different countries throughout its nine-year history. Which country will be next? (Photo courtesy Valve)

Recently, Valve put out an open call for the next city to host The International, the annual world championship event for Dota 2. The announcement calls for proposals from various cities around the globe for the 2021 edition of the multi-million dollar event.

Does your city want to host The International Dota 2 Championships?

Naturally, this begs the question: what are some of the most ideal locations to hold the single most lucrative tournament in all of esports? Dota 2 has influence in several different parts of the world, after all, with passionate fanbases in unexpected places. These are the top five cities we think would be excellent choices to host The International in 2021 and beyond.

The CIS region has a long and storied history in Dota, stemming all the way back from the Dota AllStars days to Natus Vincere’s dominance in the first three years of Dota 2’s existence. Ukraine and Russia, for example, have played host to many premier events over the years, with StarLadder and Epicenter coming to mind first and foremost.

It’s a wonder, then, that the region has not yet had a chance to hold The International. Kiev would be a fantastic place to do so—especially if squads like Virtus.pro or the aforementioned Na’Vi manage to qualify. One only needs to look back at the fever pitch that fans reached at the Kiev Major in 2017 when Virtus.pro clashed with OG on home soil to see what would transpire should Ukraine be able to host TI.

Frankfurt had the honor of hosting a Major back in 2015, which started OG’s absolute rule over the seasonal championships in the old system. The city is also a favorite of tournament organizer ESL, in particular. Frankfurt has hosted three editions of ESL One having been held at the Commerzbank-Arena—an open air football stadium.

Seeing The International played out in a staduim of that size with no roof over it would be interesting indeed. This has already been proven by others like Riot Games, with the League of Legends World Championship having been held at the Incheon Munhak Stadium in 2018. Frankfurt could very well give Riot a run for their money hosting TI, especially if they go all in on the unique atmosphere of the open air arena.

The International in Las Vegas would be a match made in heaven. Vegas is known as the “Entertainment Capital of the World”, and the city is no stranger to high stakes gaming and competition. Given that TI pays ridiculous amounts of money to whoever claims the Aegis of Champions in the Grand Finals, Sin City would be a perfect fit.

If The International were ever to land in Vegas, we can rest assured that the “USA” chants will reverberate throughout whichever venue is chosen to host the event. And of course, the players themselves would likely enjoy playing games other than Dota 2 in the many casinos on the famous Las Vegas Strip—which would make for some great side content.

As one of the most highly-developed cities in the world, Singapore is a prime tourist destination and is home to some of the most recognizable personalities in gaming and esports. Daryl “iceiceice” Koh Pei Xiang is, of course, at the top of this list, and he is sure to draw nothing but frenzied cheers from the hometown fans at The International.

The Lion City is actually where the final Major event of the 2019-2020 Dota Pro Circuit season will take place. This is the first time a Major will be held in Singapore. This is quite surprising given the country’s status as a significant part of the Southeast Asian gaming market.

As for the exact venue for a future TI, the Float at Marina Bay would be a breath of fresh air—literally and figuratively. The Float is an outdoor stage that rests on top of the Marina Reservoir, and is set against the picturesque backdrop of the hotels at Marina Center.

Perhaps the least shocking entry on this list, Manila is the capital of Dota 2. The fans in Manila have proven on several different occasions that they are the loudest and most zealous in the world.

ESL One Manila 2016 was the first premier tournament held in the country, and it was a smashing success from the minute the doors at the Mall of Asia Arena opened to spectators. It was immediately followed by the Manila Major, which was likewise a massive triumph for Dota 2 esports and the local community.

Although no Filipino team ever won any of these events, the Filipino fans screamed their lungs out for good Dota at every turn—no matter where the teams facing off hailed from. Just listen to the roar of the crowd in this game between Team Secret and Team Empire:

Casters, players, coaches, analysts, and other such experts all attest to the fire that burns within the Filipinos when it comes to this game. It would be an absolute treat, therefore, if The International were to ever come to the Philippines.

The International should live up to its name—and that means holding the world championship event in several different countries. Valve began the world tour two years ago, and has been pretty diligent in looking for the next big city to host the tournament. With many more editions of the competition to go, we should see many more have the honor to present one of the most prestigious events in all of esports.