Esports vs Sports: How the Two Compare by The Numbers 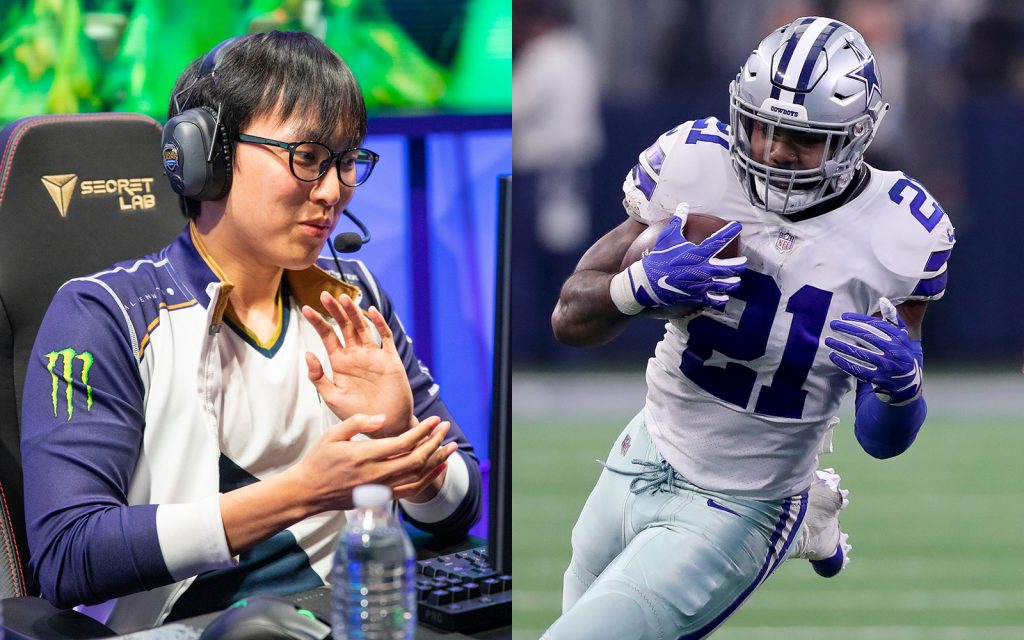 Esports have burst into mainstream culture and has brought with it endless comparison to traditional sports. Here is how the two compare.

With esports sudden appearance in the mainstream world, media members and business analysts are quick to compare the sports and esports industries. Statements like “League of Legends had more viewers than the NBA Finals” and “Esports events have prize pools comparable to the largest sports” are fairly common. But how true are they?

By some metrics, yes those arguments could be made but they ignore the key differences in how the two industries operate. Ultimately, organized sport has been around for over a century and has had a lot of time to develop into what it is today. By even the most generous estimate, esports has only really existed for about 25 years. While some esports games have been around for most of those years, the most popular esport by viewership is League of Legends, released in 2009.

That is the timeline esports has been operating on and the history of the industry is littered with games that never took off or fell apart along the way. It’s much different than sports in that way. There are however some ways to compare the two industries. The comparisons aren’t always perfect due to a variety of factors, but these areas can serve as a jumping off point for comparing sports and esports.

This is one of the best metrics for examining the financial worth of the teams and organizations in sports and esports. As you can see from the numbers, sports franchises are worth considerably more money. There are a couple of reasons for that aside from just pure time and popularity.

To start, sports franchises have a revenue opportunity. Esports franchises make money from apparel sales, sponsorship and prize pools, but the money made rarely exceeds their cost of operation. Most esports organizations are being treated as startups that make money through investment rounds, not in actual revenue.

As such, their financial evaluations suffer. The key future point that may change this balance is physical arenas. Blizzard is on the forefront of this with the geo-localized franchises in the Overwatch League and soon the Call of Duty World League. Having teams play in home cities will allow esports organizations to open up stadiums and sell tickets, the driving revenue for traditional sports franchises.

Investors in esports are looking many years down the line and seeing organizations that compete in a wide variety of esports and can more easily become international brands. Due to competing in so many different esports, there is a possibility that esports organizations could one day eclipse their traditional sports counterparts, but don’t expect that for a couple of decades at least.

With prize money, we get one of the mainstream media’s favorite esports comparisons: Dota 2’s The International. With a prize pool over $25 million in 2018, Dota 2’s flagship tournament boasted a higher prize pool than the Daytona 500, Golf’s Masters, or the Tour de France.

What often gets left out of the comparison is why The International’s (TI’s) prize pool is so high. Dota 2 is a well-known game, but it isn’t even the most popular MOBA on the market. That would be League of Legends. So why does Riot Games offer just over $6 million for League of Legends Worlds?

The reason is that Valve, the company behind Dota 2, also owns Steam. The ubiquitous online marketplace for gamers is basically a money factory. In addition, Valve keeps in-house staff incredibly small so the company makes money hand over fist. Thanks to not having an issue with revenue, they divert a percentage of the proceeds spent on in-game cosmetics in Dota 2 straight into TI’s prize pool.

For years, Dota 2 far and away was the highest prize pool and skewed the data on the rest of the esports industry. Not anymore. On February 22, 2019, Epic Games announced the Fortnite World Cup would offer $30 million in prizes during the three-day event. In the run-up to the event, Epic will be hosting weekly competitions with $1,000,000 spread out in prizes. That will add another $10 million in prizes for the ten weeks the open competitions run.

For the first time ever, Dota 2 has competition on top of the prize pool leaderboards. Still, those two giants dominate the space, but many other esports leagues are focused more on franchising like the NFL or NBA than on the massive individual prize pools.

Another key comparison point is scholarships. There are now over 50 universities in North America with varsity esports programs. These programs offer full or partial scholarships to stand out high schoolers that are near the tops of ranked leaderboards.

This number is constantly growing and 2018 was the largest jump in amount of money awarded by scholarships so far. As more universities get on board for collegiate esports and the space become more developed, this number will only keep rising.

A black cloud potentially hanging over the future of collegiate esports is the NCAA. So far the oft-maligned governing body for collegiate sports has not touched esports. They have had conversations about putting their weight behind the industry, but in-game violence, Title IX issues and dealing with game publishers are among their chief concerns.

For many people, their trepidation is welcomed. While the NCAA would immediately catapult esports to a higher station in many universities, it would also come at a price. The issues laid out by the NCAA are similar to the issues laid out by the International Olympic Committee and both organizations have a fraught history with scandal and questions surrounding the legitimacy of their stance on “amateur athletes.”

This section poses the most issues with the comparison from sports to esports. It is often the section most sited in media reports and brand rooms alike. Are more people watching esports than traditional sports in many cases? Absolutely.

But how viewers are counted for esports and sports is complicated and easily misconstrued. Let’s start with the two platforms. Sports are consumed through live TV, which is measured by the Nielsen ratings. The Nielsen ratings are compiled through statistical sampling. Basically, Nielsen homes represent a diverse subsection of the North American television audience and they use the data from those homes to extrapolate the viewership to the entire country.

So that’s traditional TV metrics, and just in North America. The way streaming services track their viewership is much different. For a Nielson rating to count the viewer must stay on the channel for a set period of time, usually the majority of the broadcast. On Twitch, the best metric is concurrent viewers but those viewers could be in the stream for one minute or one hour.

The other issue with esports viewership is the numbers that come from Chinese streaming platforms. One of the major reasons why many investors are so bullish on esports is the absurd popularity in Asia. Still, the numbers that come from the Chinese streaming sites have been called into question. Due to the concealed nature of the data, the allegations have been difficult to prove outright but many in the esports community accept that data from China is dubious at best and blatantly false at worse.

Esports Charts is the best place to track esports viewership and the site differentiates two viewership counts. One with Chinese reported viewers and one without. For League of Legends Worlds, the viewer count without China was just under 2 million but with Chinese numbers was over 200 million. There is no doubt that China had way more than 2 million viewers but the claim that nearly a fifth of China’s entire population watched LoL Worlds is tough to accept.

Ultimately, the inflation is all allegations at this point but when comparing the viewership numbers for esports and sports events remember the difference in how streaming companies track viewers and the possible sources of skewed data on the esports side.

Other
Share
Mitch comes from a background in sports broadcasting at the University of Oregon, while there he competed for the U of O Hearthstone team and saw the potential for content at the crossover of sports and esports. In addition to Hotspawn, Mitch writes for SportTechie and the National Football Post. Follow him on Twitter @Mitch_Reames.
Follow me