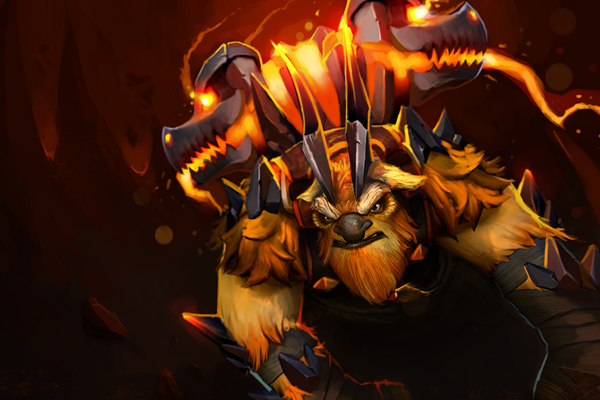 Dota 2 is a Multiplayer Online Battle Arena (MOBA). Dota 2 is a sequel to Dota 1, or Defense of the Ancients, which was a community mod for Blizzard’s World of Warcraft. Dota 2 can have a steep learning curve and will take a lot of dedication to learn all the intricacies.

That being said, we are here to help you. These are the most important terms and phrases you should know as you enter the deep world of Dota 2.

Aggro: Gaining the attention of an enemy unit or the focus of a specific enemy.

Ancients: The massive building in each base. The objective of Dota is to destroy your opponents Ancient.

AoE: AKA Area of Effect. Spells or attacks that deal damage over a wide-spread area.

Backdoor: A strategy in which one or more heroes will attack the enemy team’s buildings without pushing the lane. They do so without the help of a creep wave, attempting to take the opponent by surprise.

Barracks: A building that – once destroyed – grants the creeps of the opposing team extra health, damage etc in the corresponding lane. If all six barracks (two in each of the three lanes) are destroyed, the opposing team will start spawning Mega Creeps, which are even more powerful.

Bot: A computer control opponent. Available to play against in custom and co-op games.

Buff: A beneficial spell or effect used on yourself, a teammate or friendly creep. The opposite of debuff.

Burst Damage: A large amount of damage dealt in a short amount of time.

Buyback: Once a hero is dead, they have the option to spend gold in order to spawn instantly. The buyback ability has a long cooldown of 480 seconds along with a scaling gold cost increase.

Carry: A hero that can overpower the enemy team – specifically in the late game.

Cooldown: The period of time it takes for a skill, ability or item to be used again.

Creep: The basic unit within Dota. A creep is considered anything that is not a courier, building, ward or hero.

Debuff: A negative spell or effect used on opponents. The opposite of buff.

Deny: Intentionally killing an allied hero building in order to negate the enemy from gaining experience and gold.

Dire: A faction in Dota 2. The Dire team begins on the top right side of the map.

Disable: A spell, effect or ability that prevents an enemy hero from moving, attacking, and casting.

Dive: When one or more heroes pursues an opposing hero despite entering tower range in order to secure a kill.

DPS: Abbreviation of Damage per second. The amount of damage that dealt per second by a hero.

Farming: The act of killing creeps for gold and experience.

Fountains: A building located in each spawn that provides health and mana regeneration. They also defend the spawn area against enemies.

Gank: When a hero or group of heroes try to kill an opposing hero by taking them by surprise.

Hard Carry: A hero that is weaker in the beginning to mid game but becomes very strong in the later stages of the game. Hard Carry heroes require a significant amount of farming in order to be effective.

Hard Lane: A lane in which opposing creep wave collides with the furthest tower, creating a situation where ganks can be more likely.

Jungling: The act of killing neutral creeps in the jungle.

Mid: The middle of the three lanes on the map.

Neutral Camps: Where neutral creeps spawn together within the jungle.

Neutral Creeps: AKA Neutrals. Units that spawn on the map that are not aligned with either team. They offer added gold and experience for players – some even offer unit items. Can be found in neutral camps.

Offlaner: A hero sent into a hard lane by themselves (see: solo). These heroes typically need high durability or escapability.

Pet: A summonable creature that will appear next to the hero.

Pull/Pulling: A hero purposely gaining the attention of a hostile unit in order to drag them away from an active fight, building, or creep wave.

Radiant: A faction in Dota 2. The Radiant team begins on the bottom left side of the map.

Safe Lane: A lane in which the creep wave collides with the closest tower, making farming safer and ganks less likely.

Solo: Being the only hero in a specific lane.

Squishy: A hero that with low health. Can only take little damage before dying.

Stacking: AKA Creep Stacking. When a creep camp is purposely aggroed at a specific time, forcing a new wave of creeps to spawn. This creates a situation for easy and mass farming.

Support: This hero whose primary function is to aid the team with heals, buffs (etc). Can also be a hero that hinders the opposing teams with debuffs.

Tank: A hero that can take massive amounts of damage.

Wards: An item that can be placed on the map that provides extra vision for a certain duration.

Wipe: AKA Team Wipe. When one team kills all enemy heroes – “wiping” the opponents.

Zoning: The act of pushing an enemy hero away from creeps to prevent gold and experience gain.

Dota 2
Share
Justin has been writing professionally for his entire career with a background in journalism and broadcasting. After writing about what other people wanted for years, Justin came up with the idea for Hotspawn – allowing him to combine his love of writing and of esports.
Follow me