Built for Esports: An Intro to Competitive Super Smash Bros 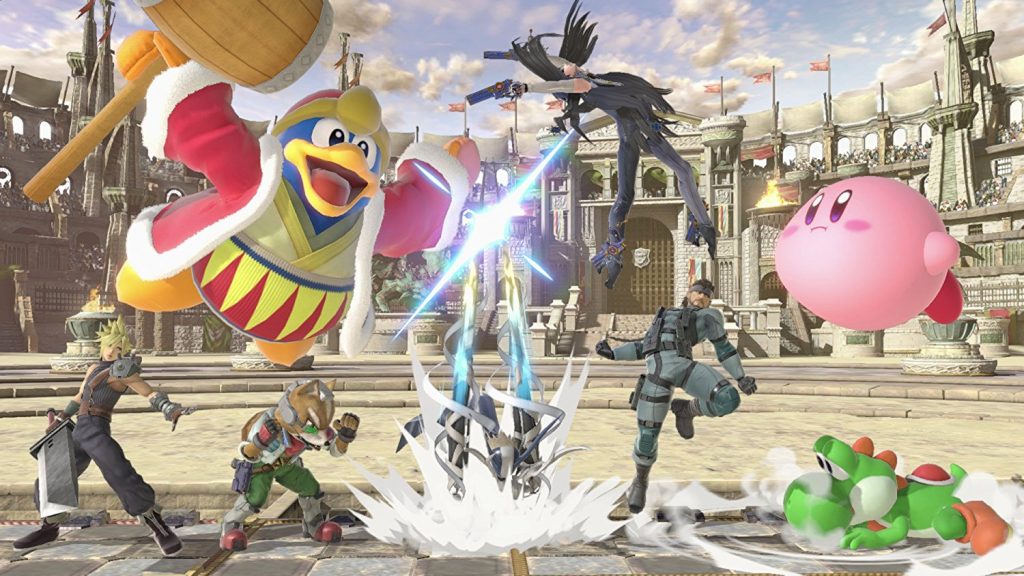 Super Smash Bros has made a mark on gaming by being fun and accessible but its high skill ceiling make it one of the best fighting games to watch.

Competitive gaming comes in all shapes and sizes: from bright and towering, confetti-covered stages to living rooms with friends, echoing war cries of victory off the walls. However, there’s a fiery passion that never becomes skewed between the two, despite the stage. If there’s one game we can look back on that has bottled this emotion and had it age so well into the current esports ecosystem today, it’s Super Smash Brothers.

Releasing the latest series – Super Smash Bros. Ultimate – in December of last year, the latest iteration has hit the ground running as a competitive favorite. While the latest and greatest issue always amasses the majority of a series’ community, Smash Bros has dedicated groups to each of their five editions – including, arguably its most successful game, Melee.

Nintendo’s fighting game excelled in many areas that helped foster it into one of the most successful video game franchises in the world. Most impressively was its skill ceiling. Smash Bros was easy enough to understand that even your mother could pick up a controller and figure out how to play within a few rounds. On the other hand, the game was so difficult to master that it spawned a highly competitive community and tournaments alongside it to determine who was the best.

The nature of the game itself was competitive – battling to be the last man standing on a stage, always boiling down to the final two contenders to duke it out. While Smash Bros was enjoyed in this capacity on many levels, it’s cutthroat competitive district is what truly set the game apart from its fighting-game counterparts.

The second installment of the series, Melee, was undeniably the greatest esports product Nintendo had ever released, let alone within the Super Smash Bros series. Melee has one of the most storied professional gaming legacies of all time and is still played to this day more than 17 years after its release.

Melee’s tournament prospect was a result of its fiercely dedicated player base that uncovered techniques to play the game far more efficiently than its designers ever thought to be possible. The discovery of advanced techniques – also known as ‘techs’ – can be accredited to ruthless experimentation of Melee as well as collaborations on sites such as Reddit, that surmounted this collective intelligence around playing the game better and faster.

Arguably the most iconic technique in Melee is the wavedash – a physics exploit that greatly enhances a player’s movement and mobility. The laundry list of advanced techniques in Melee is exhaustively extensive yet each having specific situational uses that can alter the outcome of a match if utilized properly. Though quite simple at face value, succeeding in competitive Melee boils down to the effective use of this culmination of many small technical nuances to gain a tactical advantage in a match.

Melee still shines brightly in today’s crowded esports landscape despite its age and forerunning titles; the game is so difficult to master and competition at the highest level is so merciless that its legacy will likely continue to be played for many, many years. Later iterations of the game simply failed to live up to the hype that Melee brought to its competitive quarter primarily due to the game’s tournament viability being a product of it’s engine – essentially gameplay that was never thought to be possible – a beautiful mistake, if you will.

With that being said, the December release of Smash Brothers Ultimate, the fifth game in the series, has garnered a wealth of attention and appreciation for satisfying this competitive domain.

Smash Ultimate for the Nintendo Switch hit the shelves hard upon its December 2018 release, quickly being picked up by series enthusiasts as well as its tournament competitors. Initial reactions around Ultimate’s competitive viability were staggeringly impressive; the game delivers a rich and classic Super Smash Brothers experience while reintroducing elements of what made previous titles such as Melee so successful.

Even down to the art, the vibrant colorful landscape of the Smash Bros series coupled with its one-of-a-kind sandbox fighting gameplay is what distinguished the series. Over the last 20 years, new concepts and mechanics have been trialed such as rage, tripping, revised movement and so on – since then, it seems we’ve found a formula that seems to work in Ultimate.

Directional air-dodges were a feature players were likely pleased to see make its return to Smash Bros in Ultimate. Having the option to direct momentum again from air-dodging grants a plethora of options across many different scenarios in-game; from movement to wavelanding to having an extra jump, there are numerous applications from this feature alone. If you’re wondering what makes this ability great to have in a competitive setting, we’ll tell you: it creates options.

Any competitor will tell you that Smash is a game comprised of options – whether you choose to roll one way or another, recover in a certain fashion and so on and so forth. If an opponent knows which option you are going to choose, it’s very easy for them to punish – so, in this sense, options create a level of unpredictability and add an additional layer to its gameplay.

Smash awards players with good situational awareness who can read and assess options in-game as they’re happening; doing so is far more difficult due to the lightning-fast pace Smash is played at near the peak level of play. Adding movement options only raises the skill ceiling of the game and is applauded by that community.

The movement in Ultimate is impressively clean – it’s sharp, responsive and grants players a ton of control over their characters. Movement has always been an important component of Smash, previous iterations in the series such as Brawl were lackluster and slow when compared to the dynamics brought in Ultimate.

Movement in Ultimate allows for techniques such as dash-dancing, that can be used to bait or manipulate an opponent’s actions. The precise movement in the game allows players to be closer to their characters in terms of control while the advanced techniques the come with it widen the skill-gap and improve its tournament prospect.

Balance is an important segment of esports, it emphasizes a player’s skill rather than place that weight on a weapon they are carrying or in this case, character in the game. Ultimate seems to pride itself on that balance, knowing that winning a match is uncontestedly accompanied with bragging rights.

Each character has an elegant combination of ability, weight, speed, range and so on that, for the most part, puts players on an even battleground. The 76 character roster is deep, and with enough of those player’s appearing to have tournament viability as of now, it’ll be exciting to see the variation in player representation once tournaments start getting underway more consistently. Again, previous installments had seen a small pool of characters set apart from others due to their capabilities – adding more characters to that pool intensifies the need to be well-versed in competing against them.

The Scoop on Super Smash Bros

All things considered, Ultimate is a wonderful addition to the Smash Brothers series – something that everyone can smile about. The game hits all the items an enthusiast could ever ask for: from that traditional Smash experience to delivering on a competitive trial able to challenge even the most competent players.

Expectations were high for Ultimate from tournament players seeking a more comprehensive game than Brawl and Smash 4, and we’re happy to say they more than achieved that here.

Other
Share
An American journalist specializing in business, gambling and Counter-Strike - Cody was a competitive gamer first before starting his career in esports. Competing in several titles including Halo, Counter-Strike and Rainbow Six prior to his career as a journalist where he would go on to write for ESPN, Esports Insider, SickOdds and many more.
Follow me